When you mention to Americans that you plan to drive Highway 1 from LA to San Francisco, it usually puts a smile on their face.

This road is known for its fantastic views of the sea.

I decided to rent a car, which I picked up in Los Angeles and returned to San Francisco.

The next day, I took advantage of having a car and drove to Santa Monica to the beach to the famous Santa Monica Pier and then to the beautiful Griffith Park, which has an observatory on the summit from where you have an incredible view of LA. It is also an excellent place to photograph the Hollywood sign. 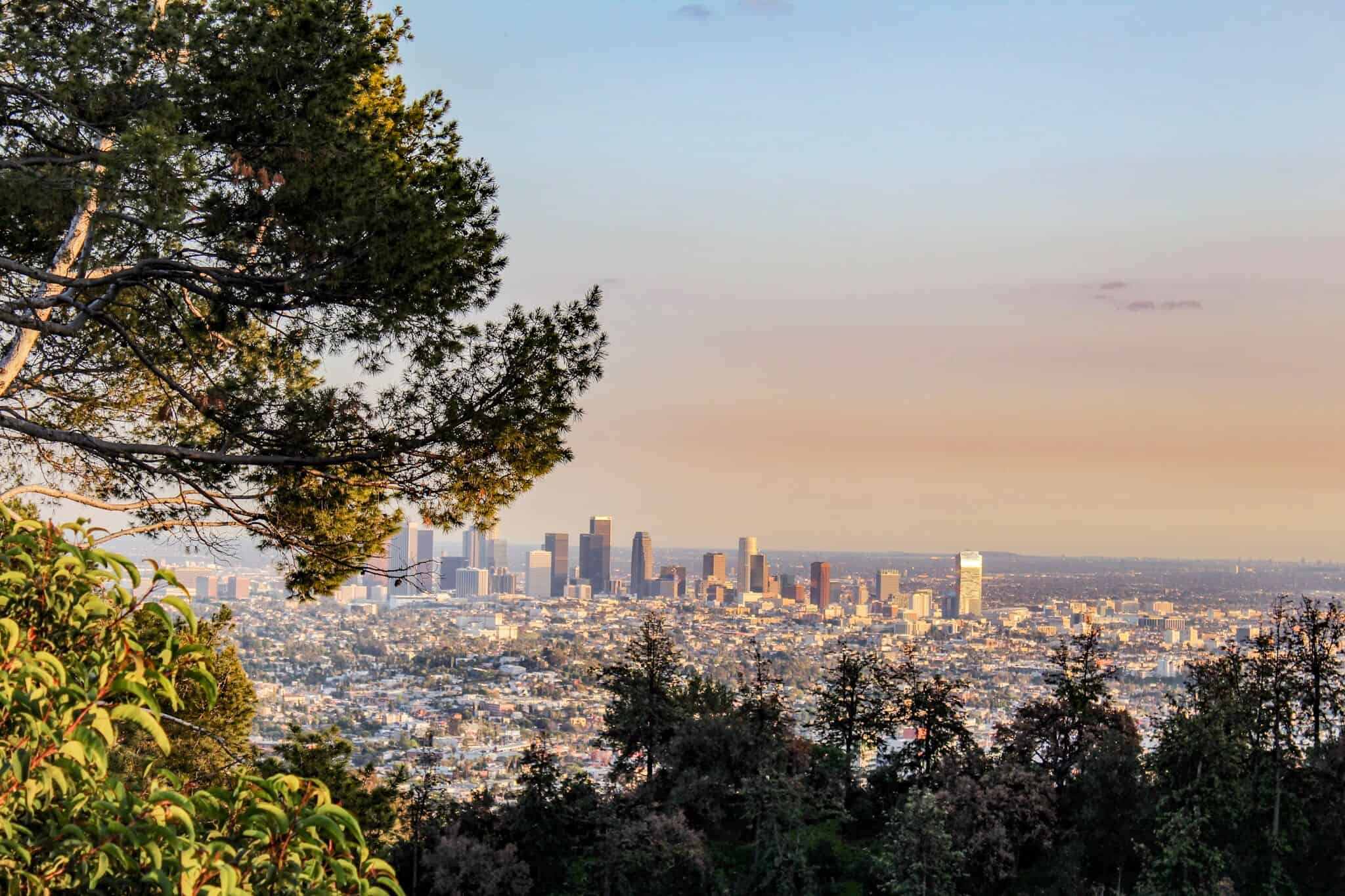 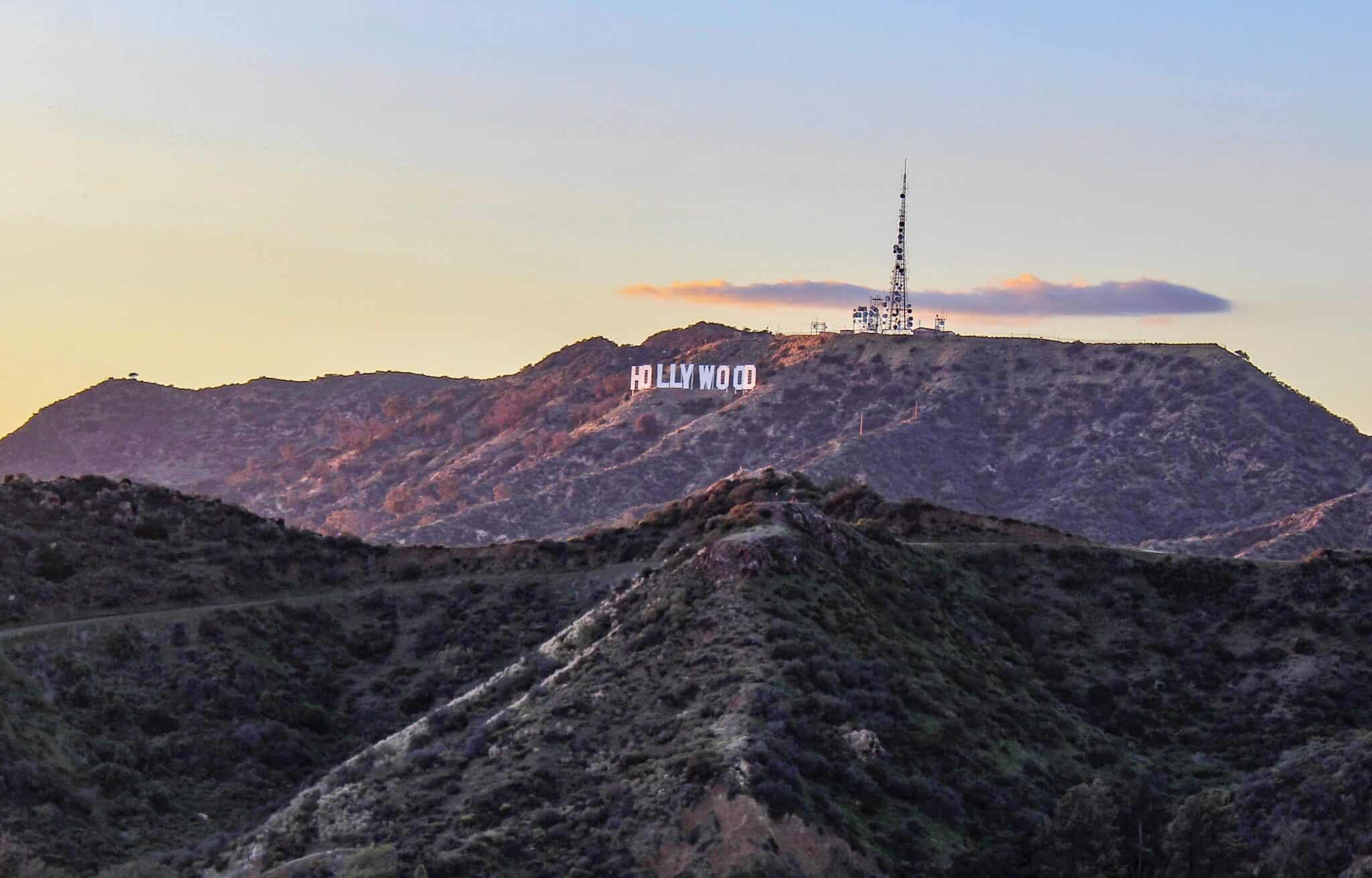 Then, I started the real adventure! I put Santa Barbara as destination into my mobile phone and left LA.

Already this short distance was really beautiful: Over hills and through valleys I made my way to the north of California.

I was lucky with the weather, too. The sun was shining all the time and it was so warm that I had to switch on the air conditioning.

After about two hours I arrived in Santa Barbara, looked for a parking place near the pier and ate lunch by the sea, with the sound of the waves. 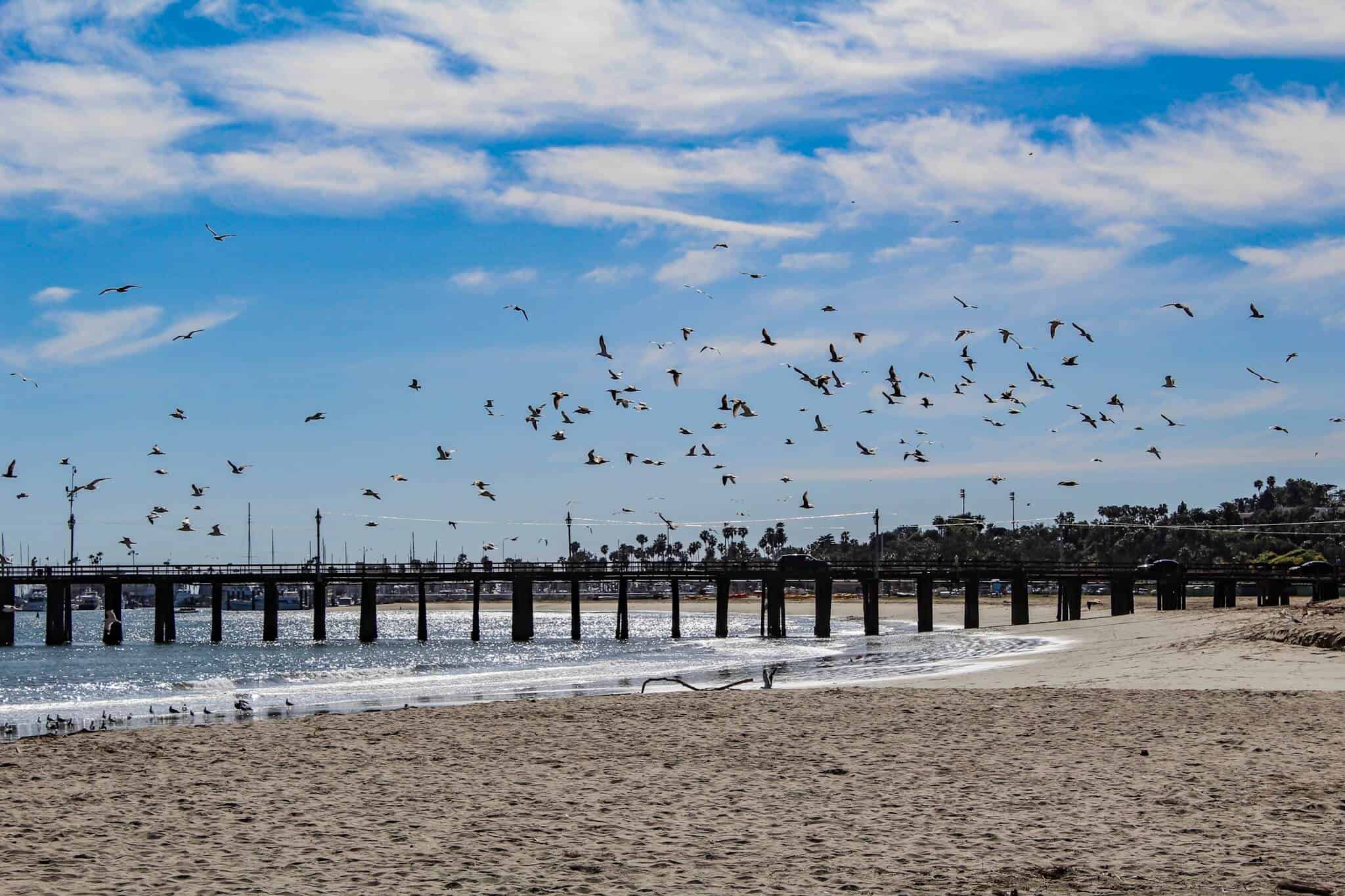 20 minutes later I was sitting in the car again, the sea to my left, and made my way up the well-known and popular Highway 1.

It leads right along the sea and winds partly through serpentines. There are parking spots so that you don’t miss any of the many postcard views. Have your camera ready! 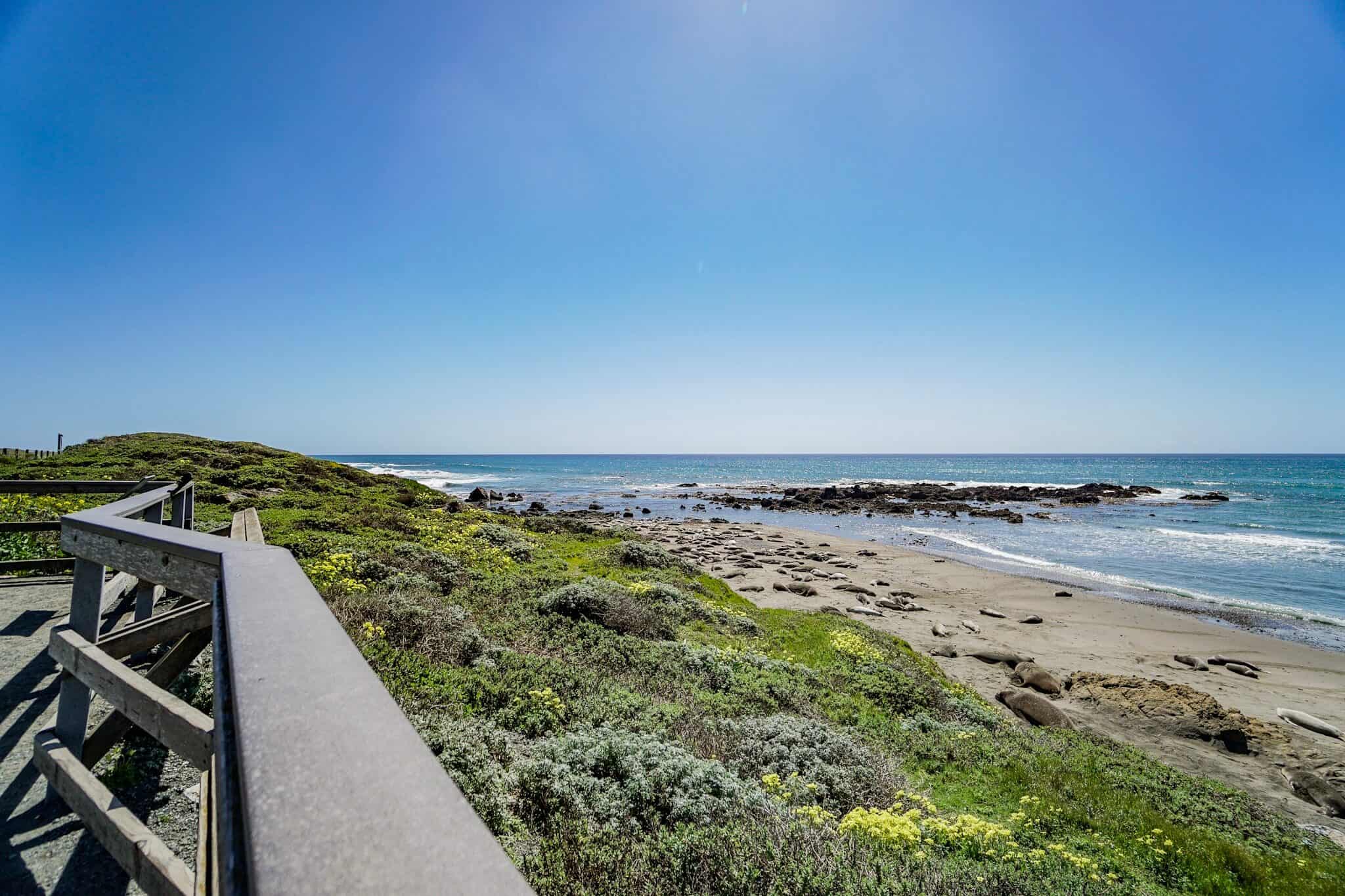 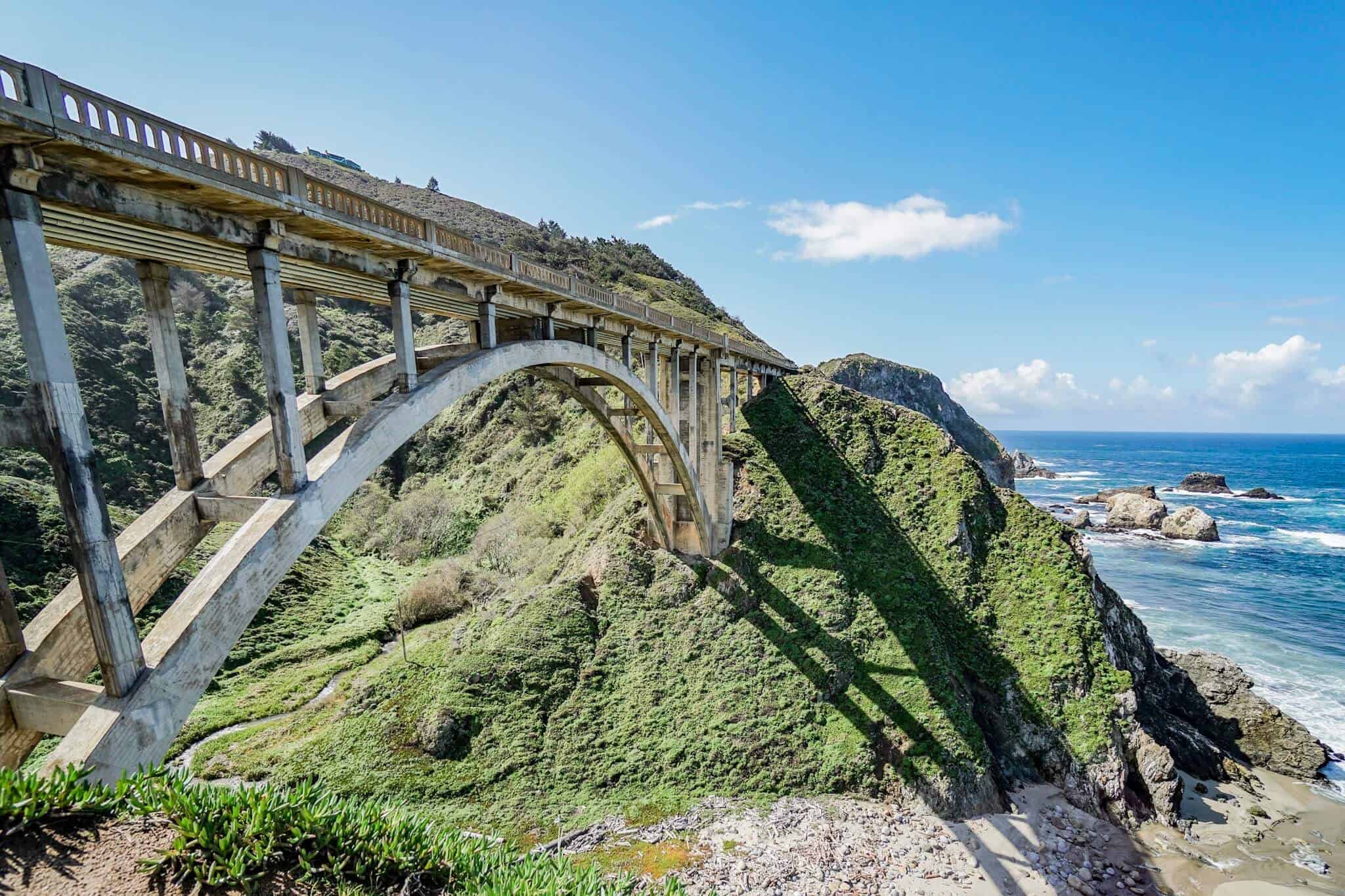 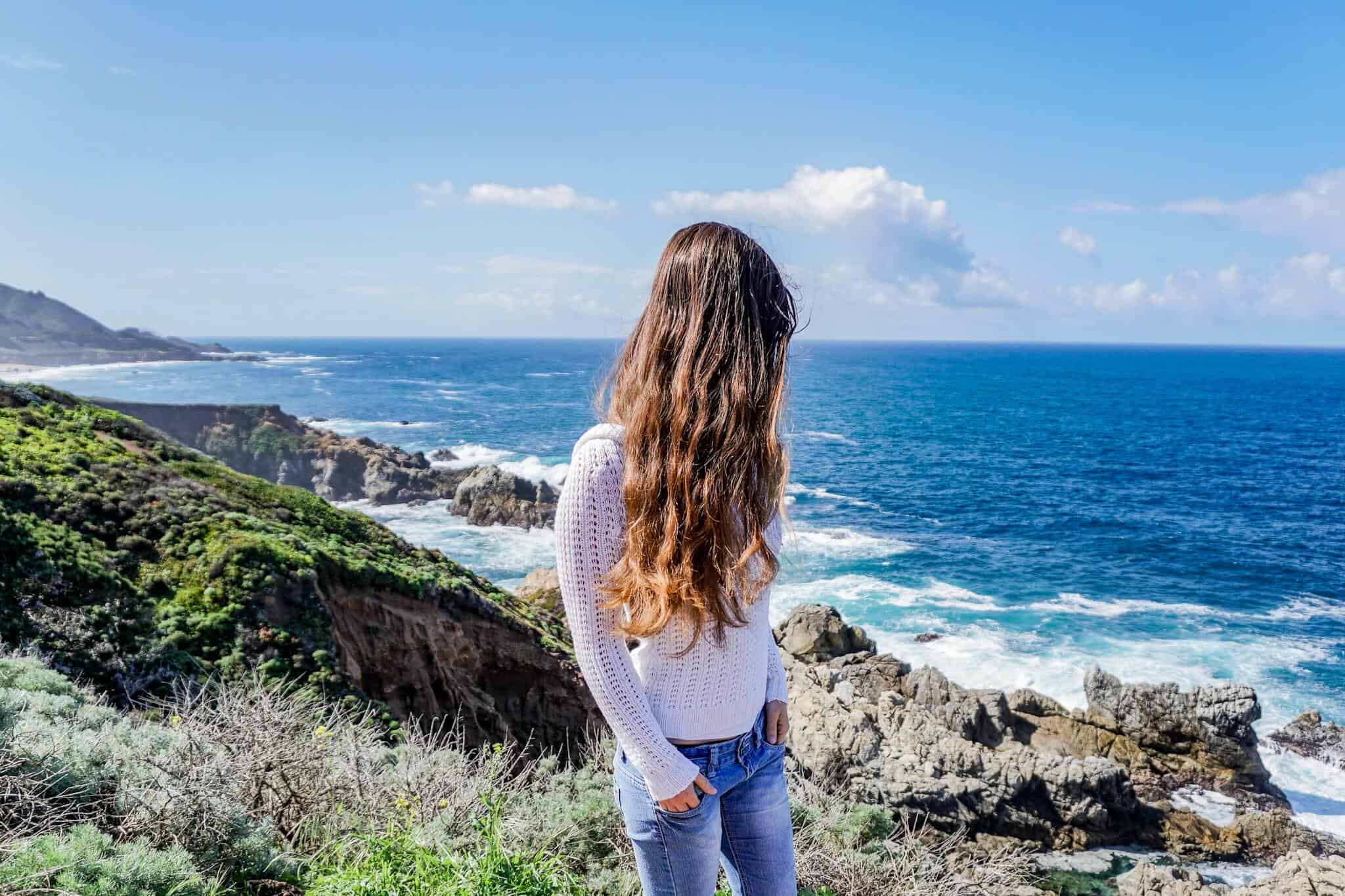 An absolute highlight of this route for me was that on some beaches sea lions lay in the sun. 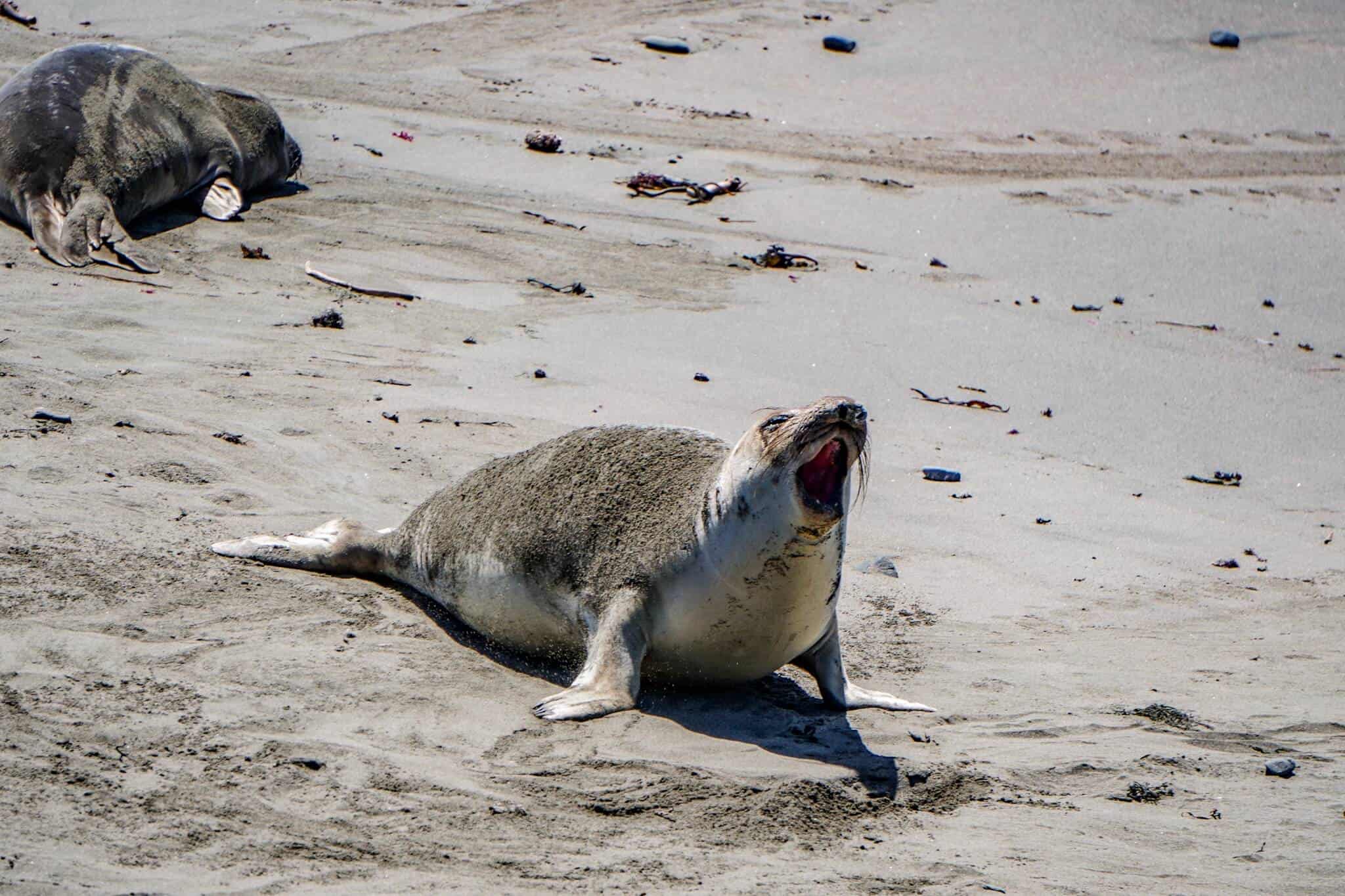 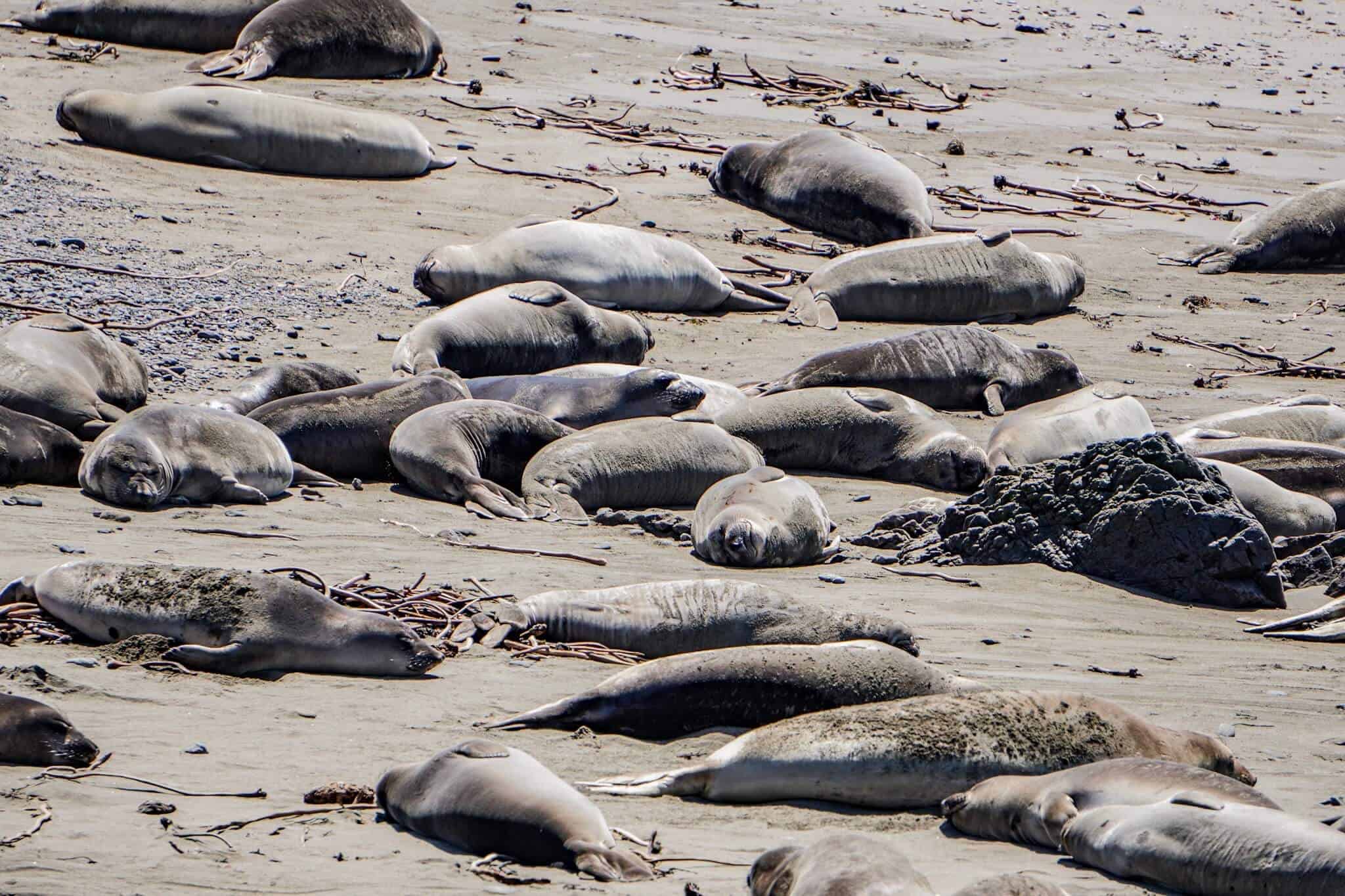 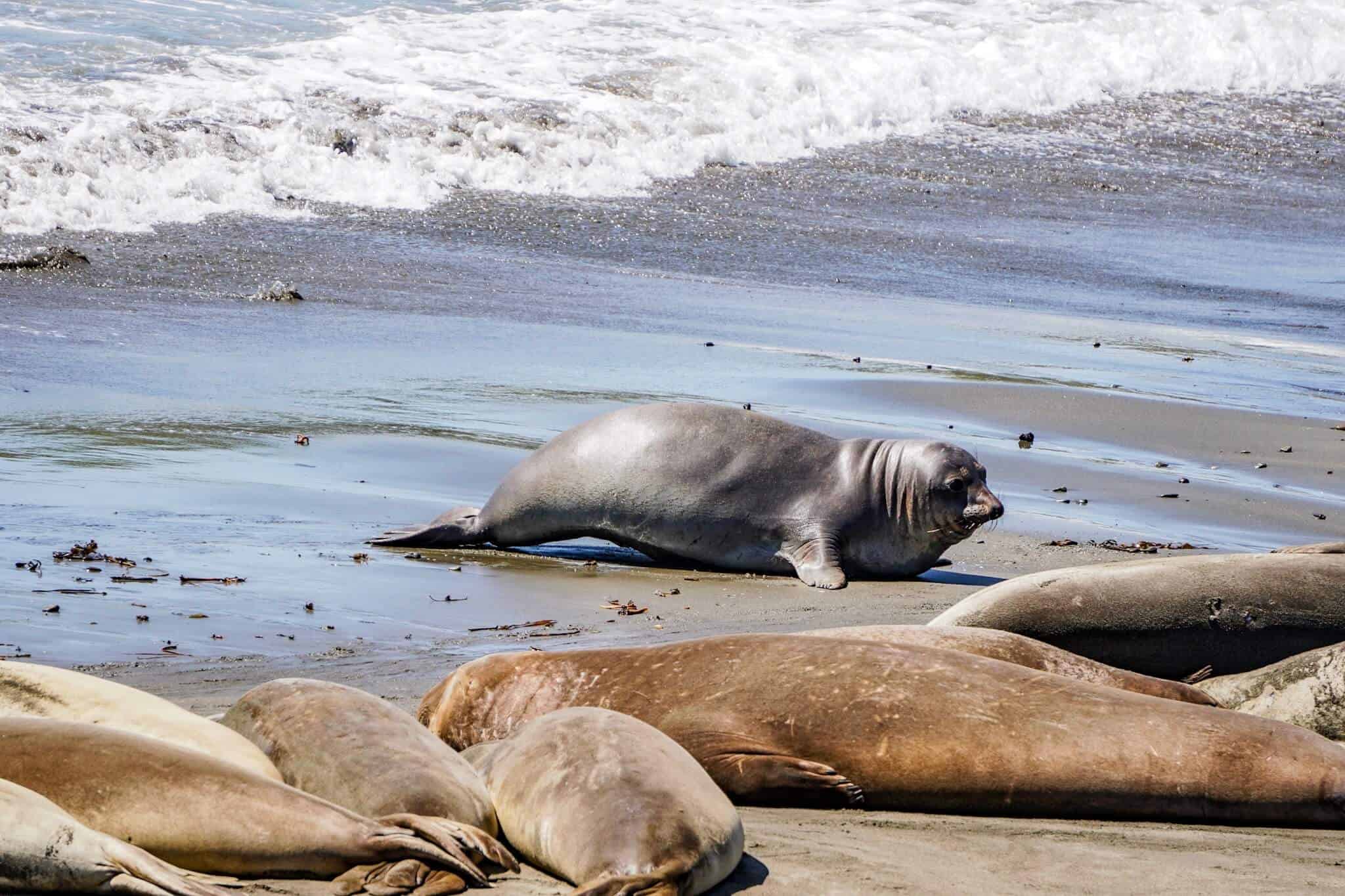 Big and small, loud and silent.

It was beautiful! I could hardly convince myself to move on.

My destination for the night was Monterey!

I reached it after dusk and found a place to stay in my car.

A friend of mine grew up there and she advised me to visit Fisherman’s Wharf and eat Clam Chowder there. What’s so special about it? It is served in a hollowed loaf of bread! Delicious! 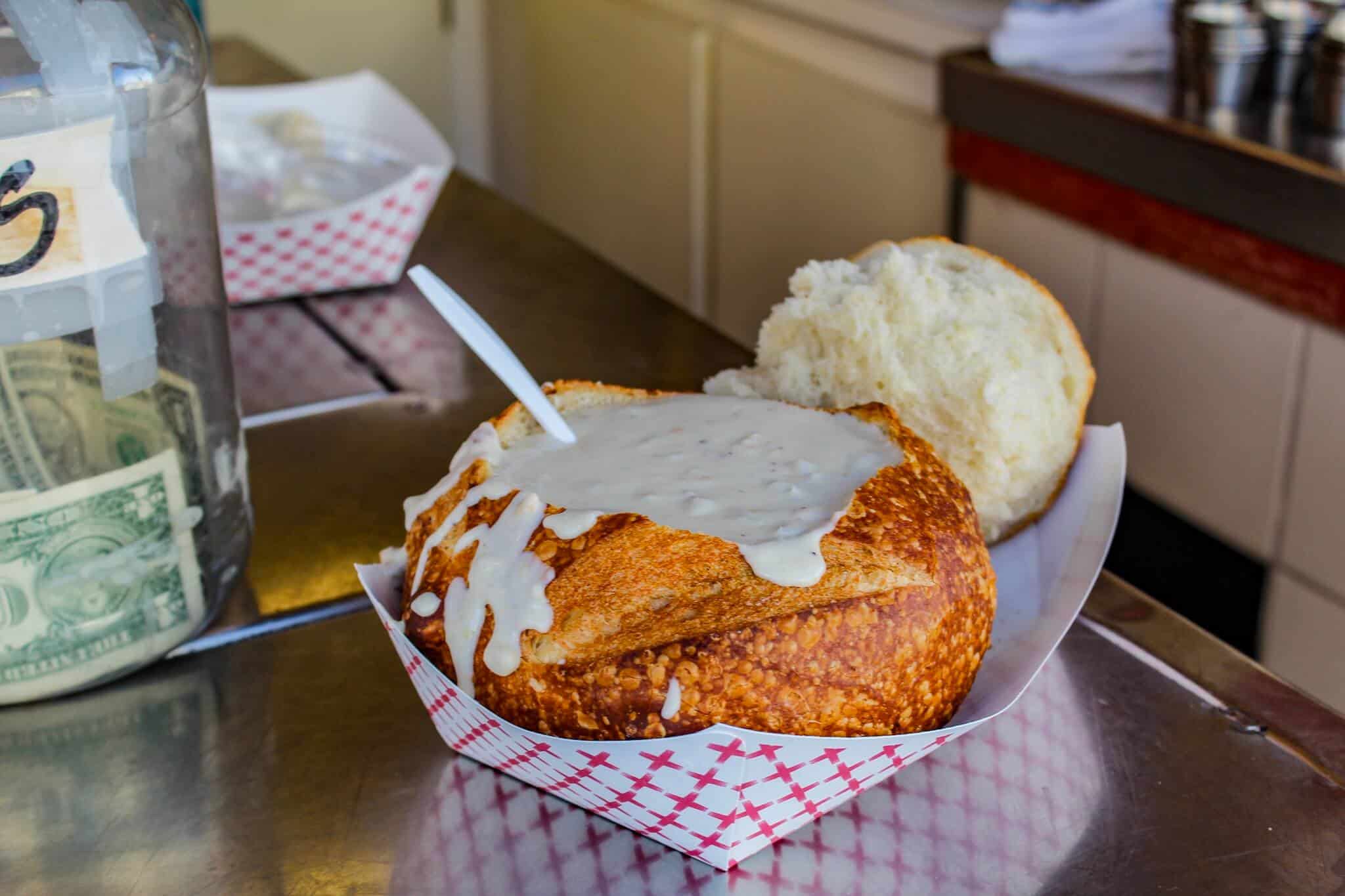 On the internet I had asked for prices for whale watching tours. The tours all start at Fisherman’s Wharf, so I was in the right place. I went directly to the provider I chose online, got the promised discount if you refer to the website, and even got another discount of $2.50.

The whale watching tour lasted about three hours. Much longer than the tour I did in Patagonia.

However, it took much longer to get into open waters and within reach of whales.

When the boat finally stopped and we were close to the giants of the sea, they came up quite often, but unfortunately not really close to the boat.

These whales seemed to be shy compared to their relatives in Patagonia because there they swam constantly under our boat along and emerged directly beside it to take a deep breath.

I was still able to take some nice pictures. Or what do you think? 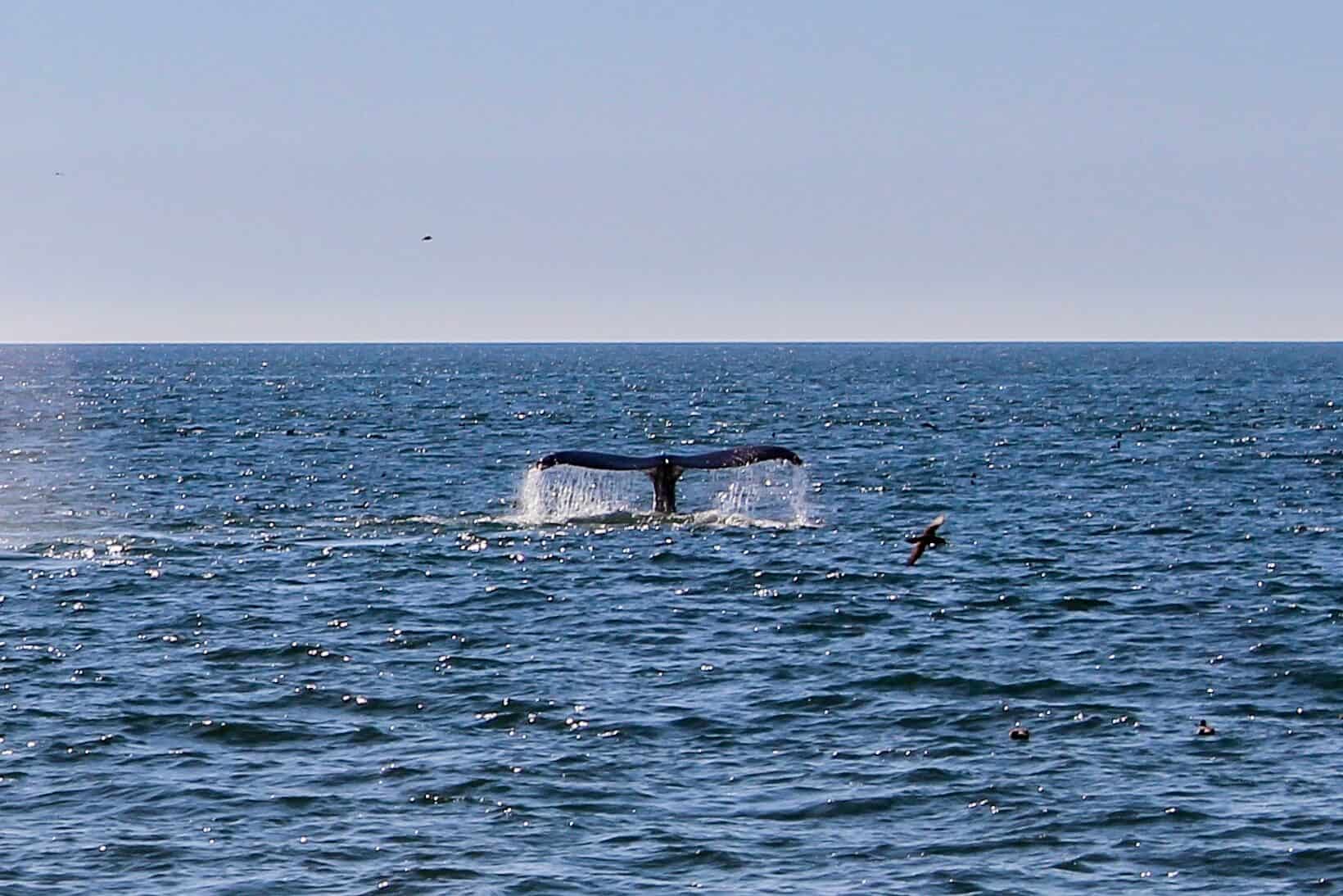 In the late afternoon I started my onwards journey to San Francisco – the drive was about two hours.

The way to Santa Cruz (about half an hour by car) continued along the sea, so that I could watch another breathtaking sunset. 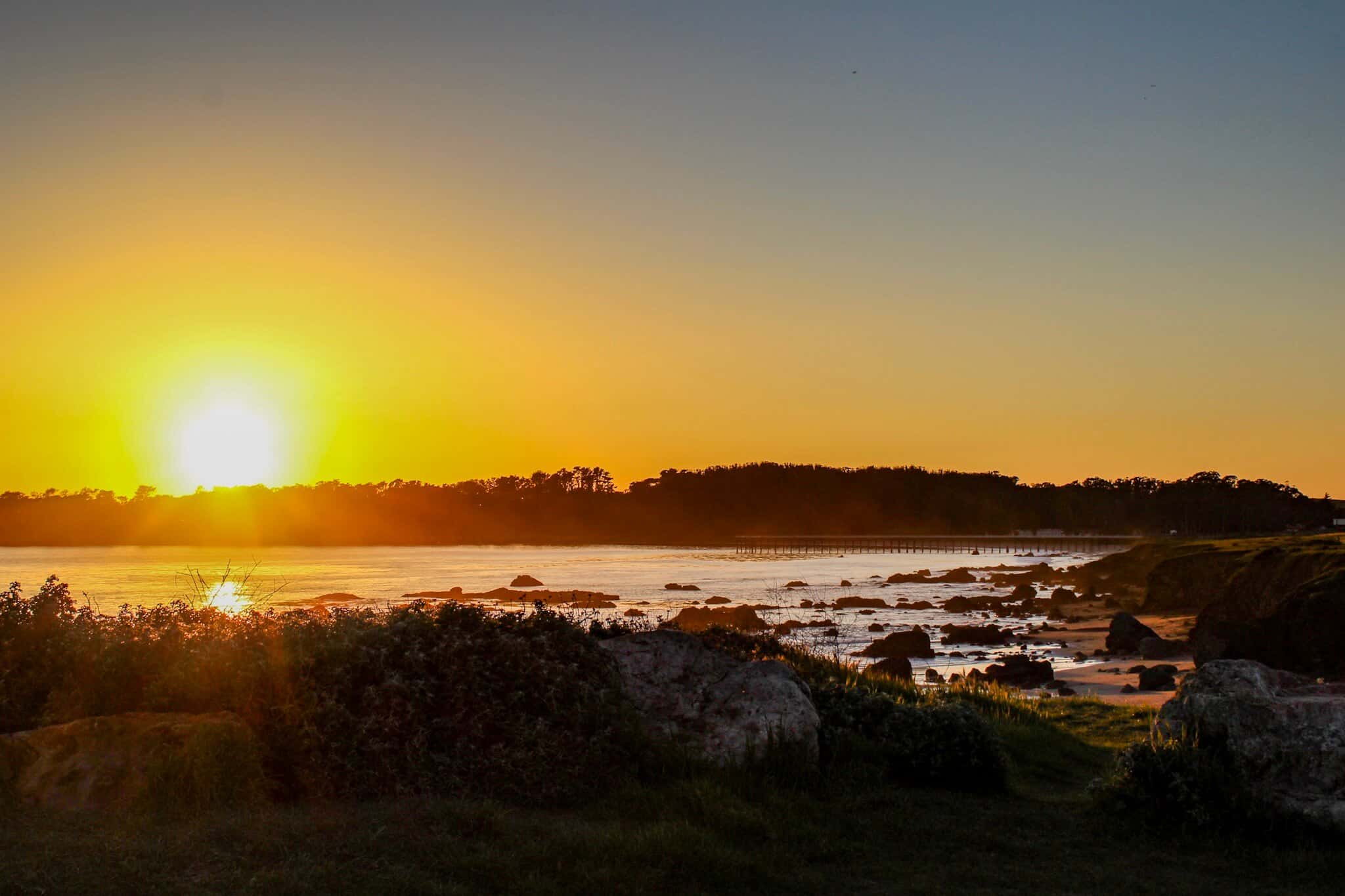 After Santa Cruz, I left Highway 1.

Never before had I seen so many beautiful beaches, sunsets and animals in just two days.

So when you travel to California, you shouldn’t miss this experience and this beautiful route.