Helsinki in One Day – That’s How You Use Your Time Perfectly!

From Stockholm I took the Triangle City Cruise of Tallink Silja to go to Helsinki first and then to Tallinn.

While I was writing the article about the mini cruiseI realized how much I wanted to say about Helsinki. So I decided spontaneously to do an own article about it.

After an abundant breakfast at the buffet, I started packing and preparing for the day ahead of me. During arrival at the port I had a first glimpse of the beautiful city. 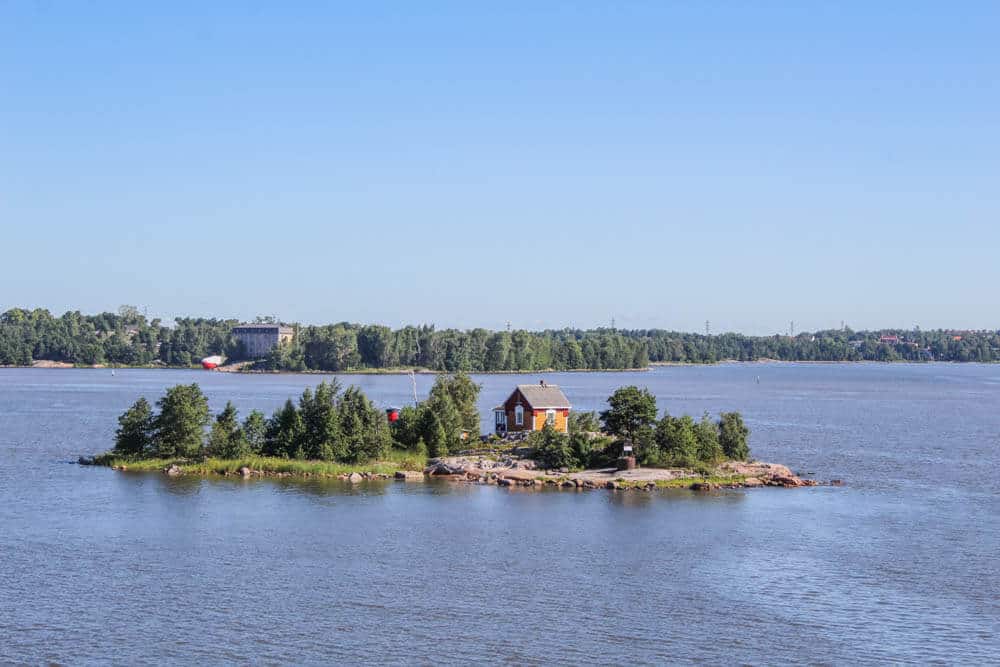 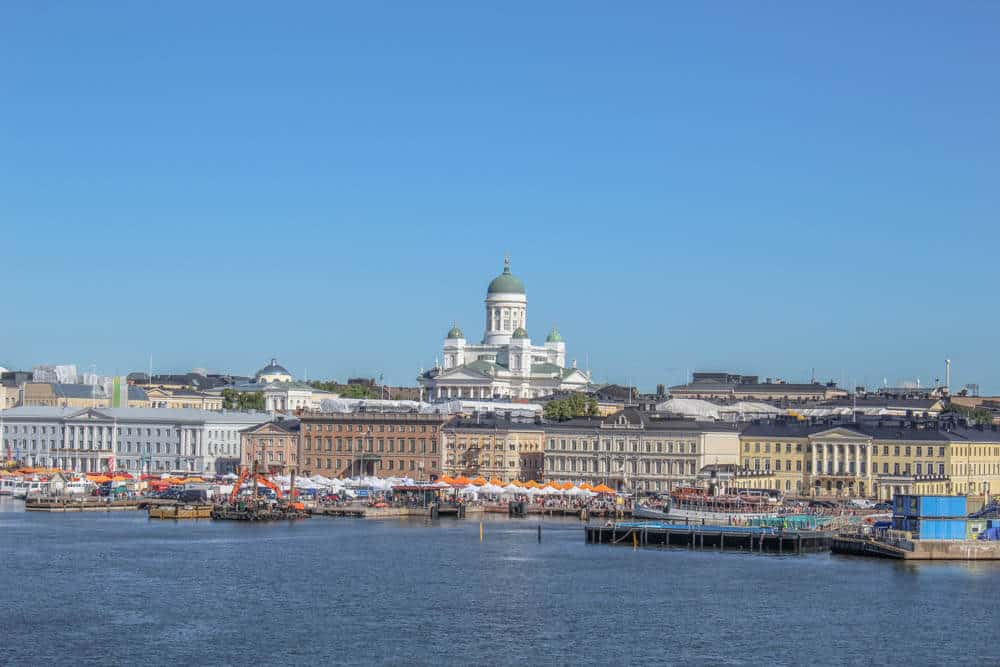 First I needed to go to the Tourism Info of Visit Helsinki.

After putting my destination in Google Maps I made my way to the city center that was luckily pretty close. At the Tourism Info I got excellent tipps on how to spend my day on a budget and I could even leave my backpack there. A great service that saved me from searching for public lockers.

I wanted to buy the Helsinki Card first but then they told me that everything that I wanted to see and do is actually free of charge. So I recommend the same to you.

The Dome of Helsinki 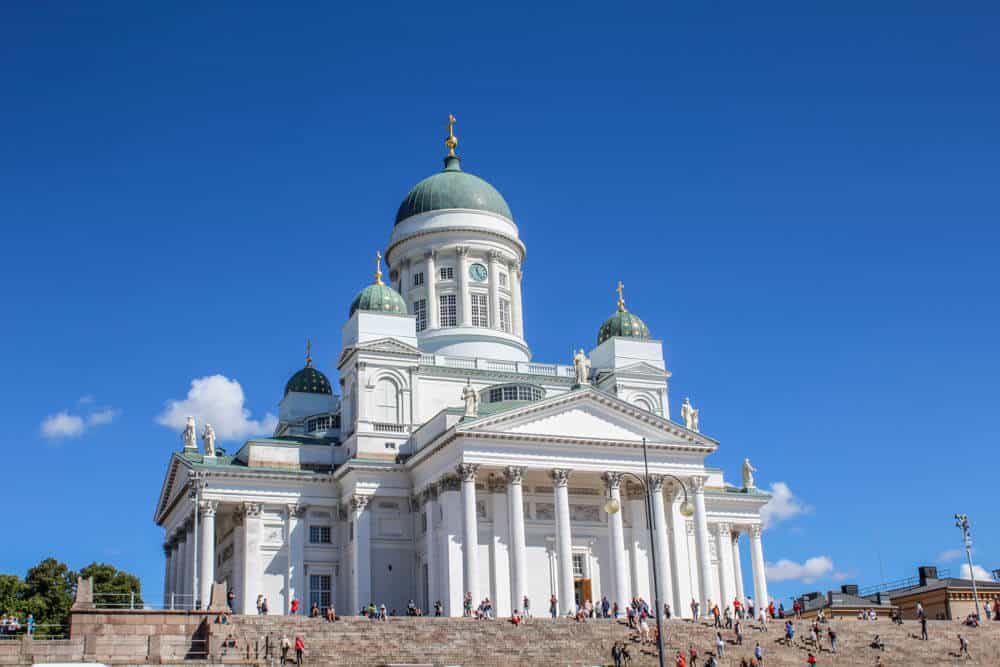 They told me to go the Dome first that is just round the corner of Visit Helsinki at the Senator’s Square. I had seen the cupola from the ship so I knew that I wanted to see it.

It’s the best known monuments of Helsinki with more or less 350.000 visitors every year. It’s not only the name that is Russian. The Dome was initially named after the Russian Zar by that time  Nikolaus II. When Finland got independent though in 1917 they quickly changed the name into  Suurkirkko (“The Great Church”).

When the architect build the Dome who got inspired by the Russian churches. The building has the shape of a greek cross, which is typical for orthodox architecture.

The Orthodox Cathedral or better called Uspenski Cathedral is a real eye catcher. It sits on top of a hill next to the city center like on a throne and is therefore visible during arrival from the ship.

Built in the 1960s, it was a symbol of the Russian reign over the Finnish visible from far away. It is said to be the biggest orthodox church of the western world.

It’s worth a visit from the outside as well as from the inside.

The Museum of Broken Relationships 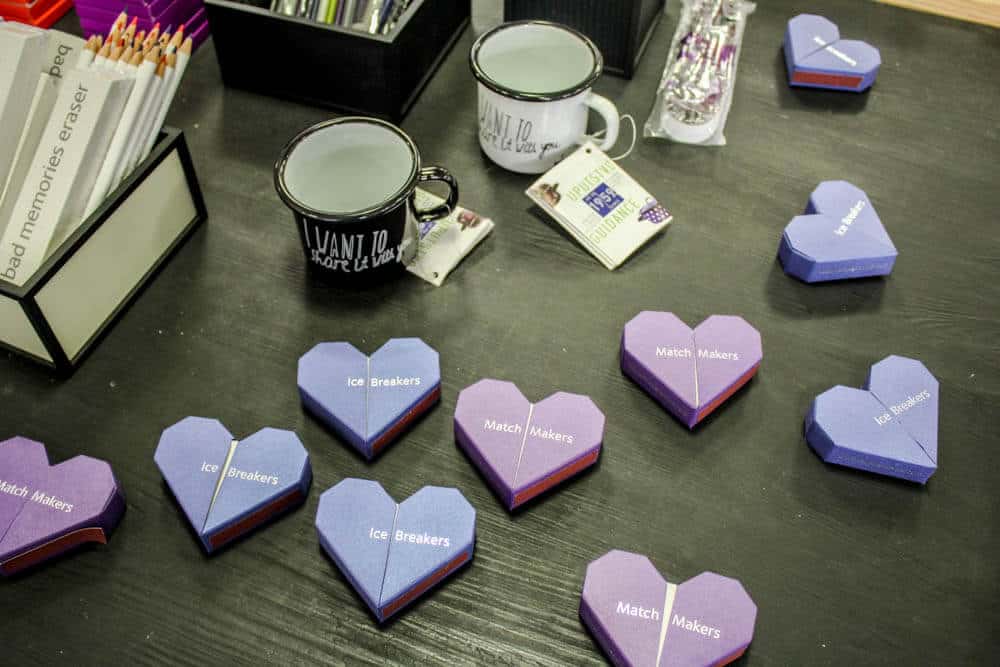 To be honest: when the girl from Visit Helsinki said that she could spend hours and hours in the Museum of Broken Relationships, I thought that there is something wrong with her. But it turned out to be extremely interesting and heartbreakingly beautiful. It consists of many, many small items that reminded somebody of a lost love.

What do you do with the necklace he gave you? Throw it away? Put it on?

Normally you don’t want to do either, right? So that’s the kind of item the Museum asked people from around the world to send them. 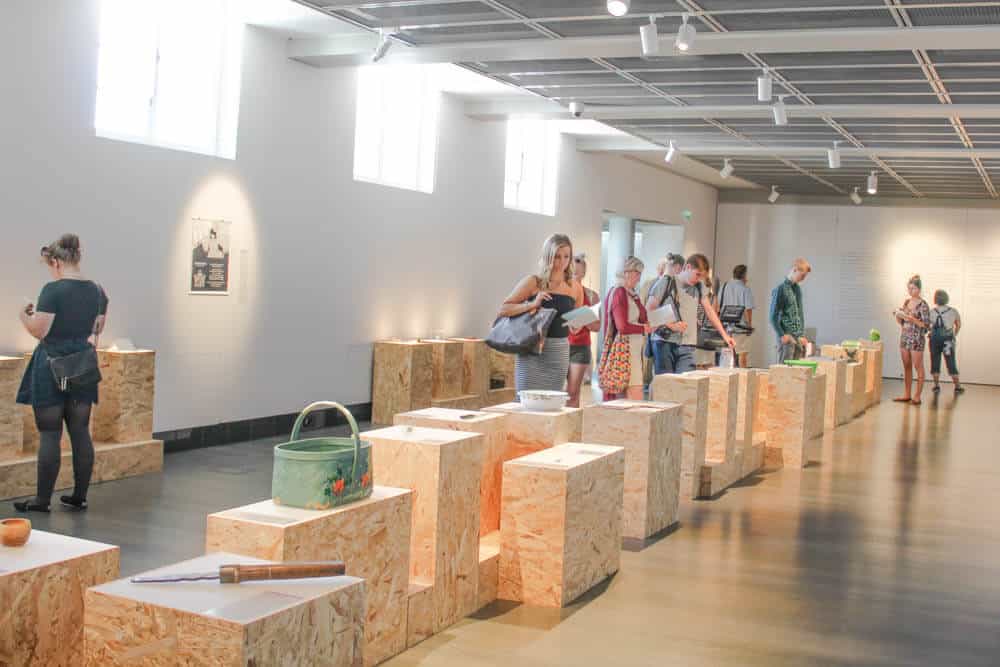 I do admit: I could have spend hours in between the baby shoes, letters, pyjamas and books and the lines telling the stories about the objects as well. They tell you about happiness and sadness, love and fights, silences and love stories that don’t end.

The church of rocks: Temppeliaukio 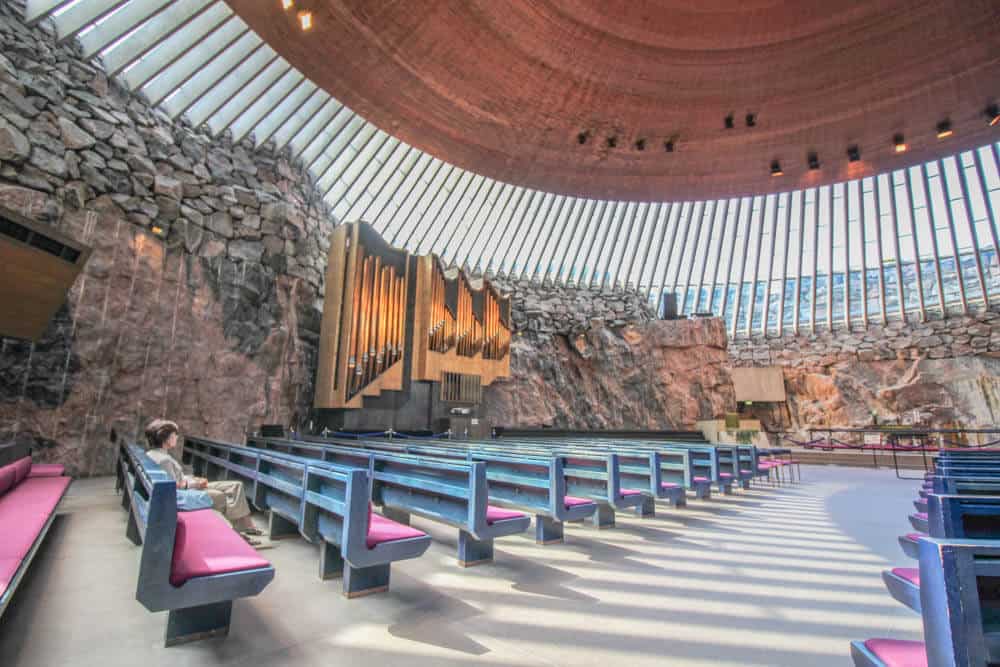 They finished building the church of rocks in 1969. It was directly built into the rocks. The wally in the inside are five to eight meters high and consist of non treated stone. But through 180 windows there is sunlight coming in and lightening the raw room.

The impression created by all this is beyond words. 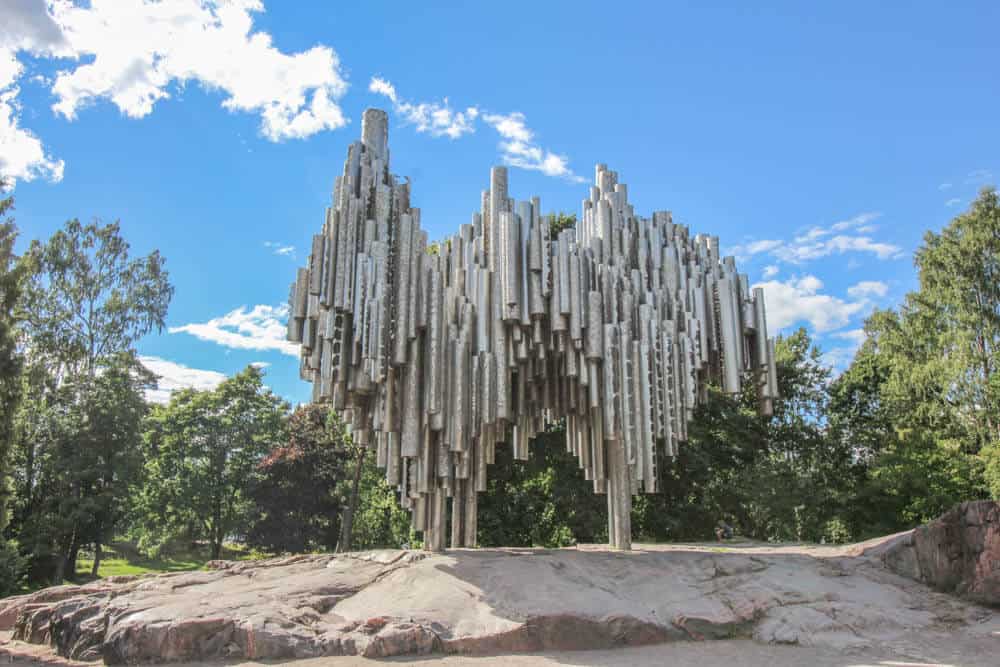 The Sibelius Monument is in the middle of the Sibelius Park. From the Temppeliaukio Church you can make it there in only 15 minuten by foot. I was there on a beautiful warm summer day and really enjoyed the walk.

A smaller version of the monument is in the headquarters of the UNESCO in Paris.

Water sports and strolling in the parks of Helsinki

Unfortunately I didn’t have the time to do that because I’d lost a lot of time taking photos and enjoying the churches. Normally this is definitely doable, especially if you have a whole day.

In the heart of the city there are different parks with small lakes. You can do Standup-Paddling (SUP) there… In Helsinki!

Salmon Soup at the Port 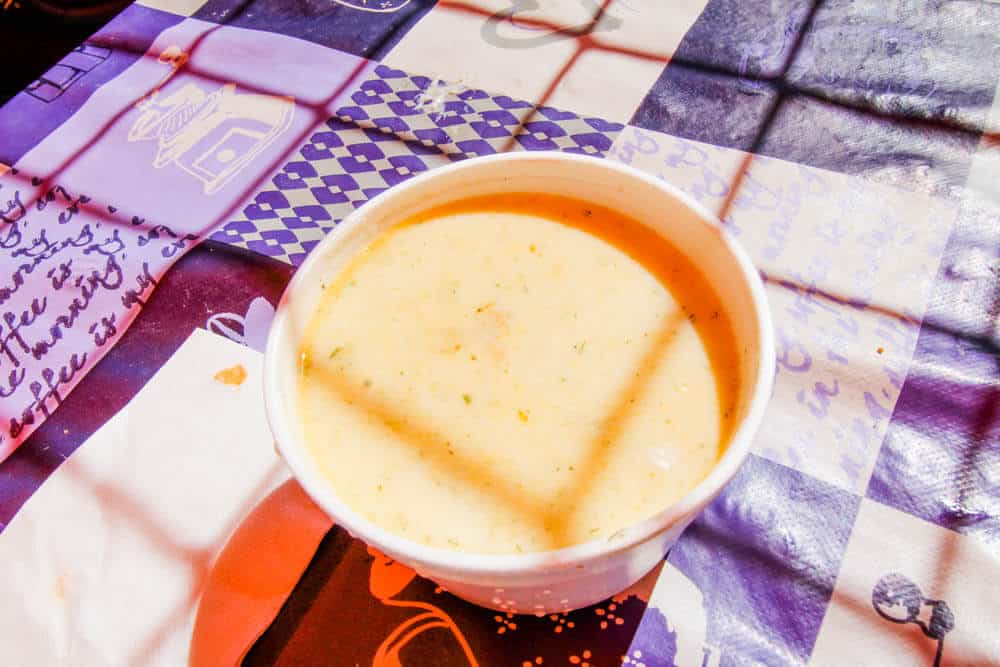 What every Helsinki traveler really needs to try when it comes to gastronomy? Salmon Soup! You can get one directly at the port where they boats for tourist activities go from. 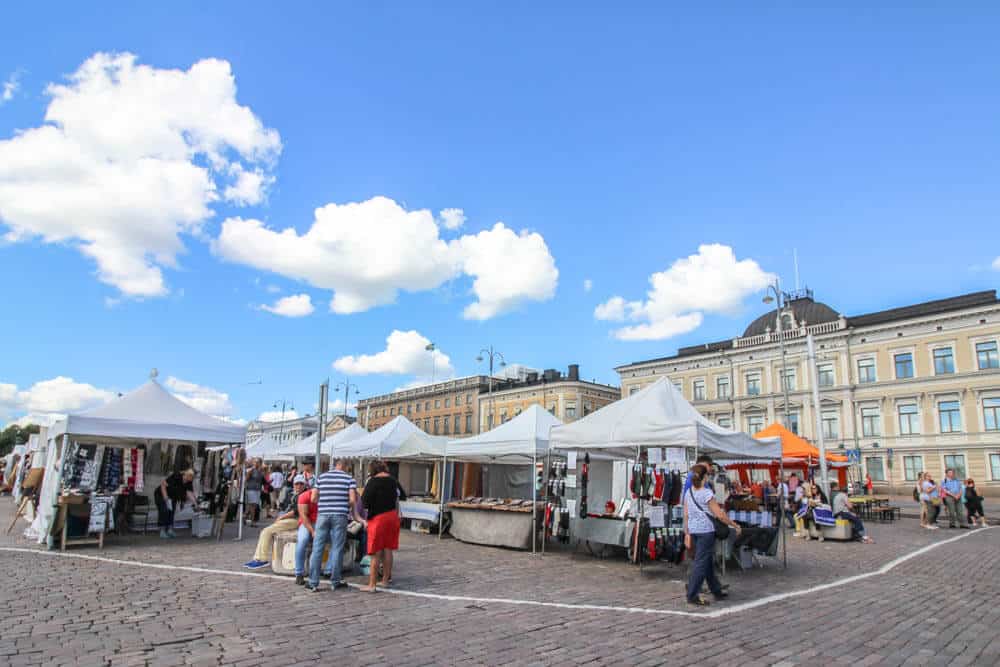 It’s not super cheap (7,50 Euro), but for Scandinavia ok. The soup is watery but with the many salmon pieces in it and a slice of bread you get probably full anyway.

I got a really open and friendly impression of Helsinki. I hope to have the possibility to see more of the city and the country in general!

Have you ever been to Finland?