Oaxaca – Two Days in the colorful City in Mexico’s Mountains

If you are going to the South of Mexico you shouldn’t miss Oaxaca. You can easily take the night bus from San Cristóbal or Palenque.

After my tour to all the Maya ruins I still had four days until my flight to Colombia and had to chose between Mexiko City, Aguascalientes and Oaxaca. In Aguascalientes there is a friend of mine living that I hadn’t seen in over six years. Nevertheless it wasn’t difficult for me to exclude this destination. It would have been too far away and too expensive for only four days.

The decision between Mexico City and Oaxaca was way more difficult. I had just been to San Cristóbal, Antigua de Guatemala and Valladolid so I didn’t really want to see another colonial city. The main reason why I decided in the end to skip Mexico’s capital and go to Oaxaca was  Hierve el Agua. Read about what it is and how I liked it:

The city itself is pretty small. You can visit the most important squares and churches in some hours. But it’s really worth it! There is a reason why the Old Town was added to the list of Cultural World Heritage in 1987.

The streets are so beautiful that you will just want to wander around forever. 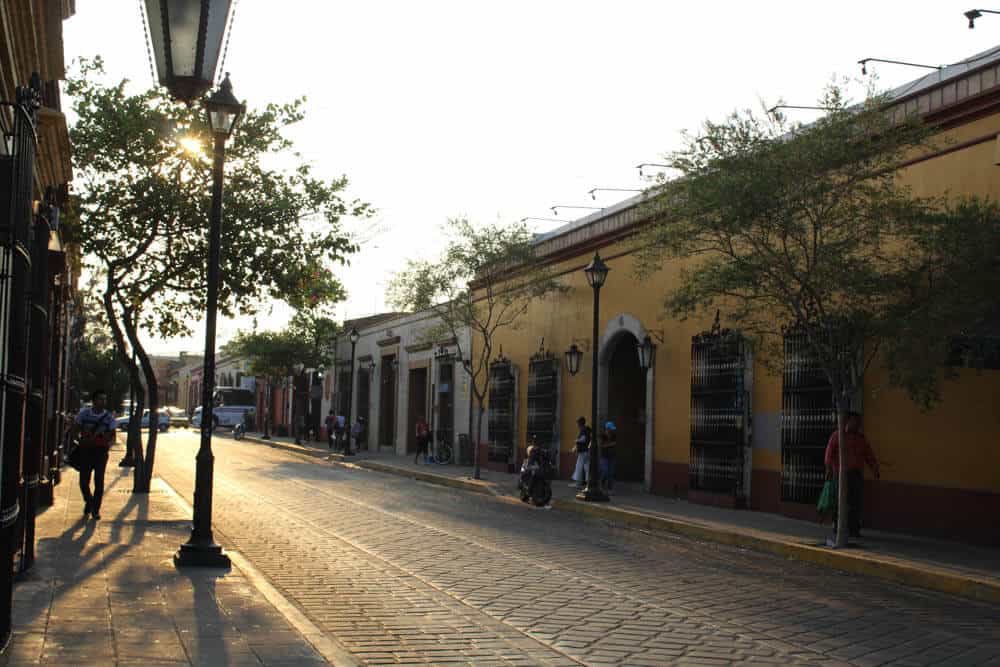 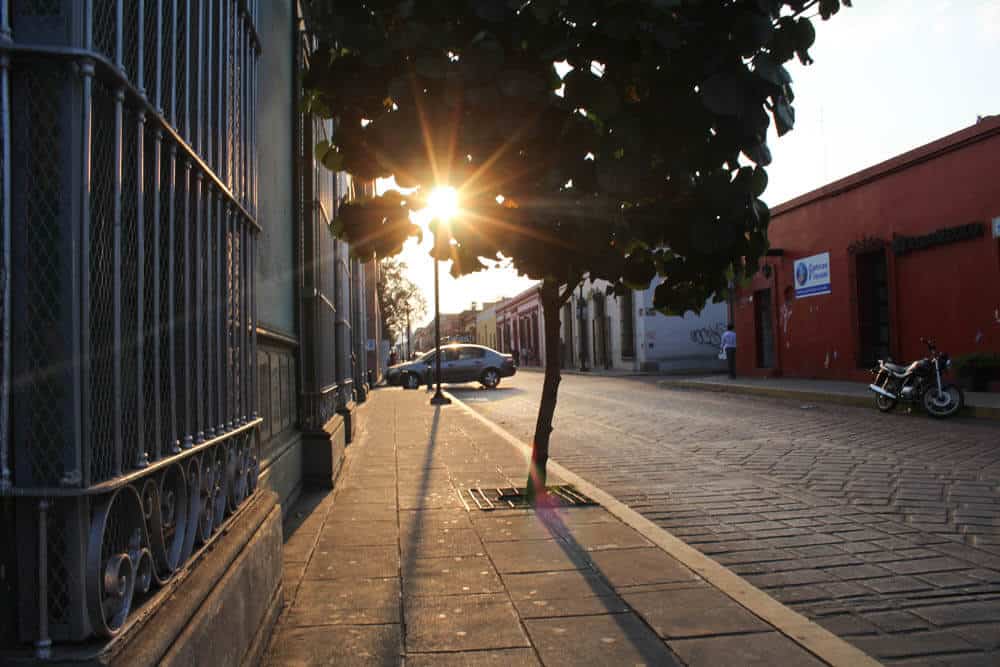 On the main square, the Zócalo, there are big trees providing shadow from the burning sun. Under the arcades you can enjoy the atmosphere of the Old Town while having a coffee.

On the main square there is always something going on – no matter if it’s day or night time. The events are not only for tourists. Locals have a lot of fun as well.

On the second day I finally did the short trip that brought me here. One of the stops was the Zapotec city Mitla:

Mitla is a Zapotec city and the most important archeological site in the state of Oaxaca. The mosaic fretwork is making this placing so unique among all the other mesoamerican sites. The mosaics were made of finely cut and polished stone pieces. One was made of up to 100.000 pieces. That’s one of the reasons why this place became a  UNESCO World Heritage. 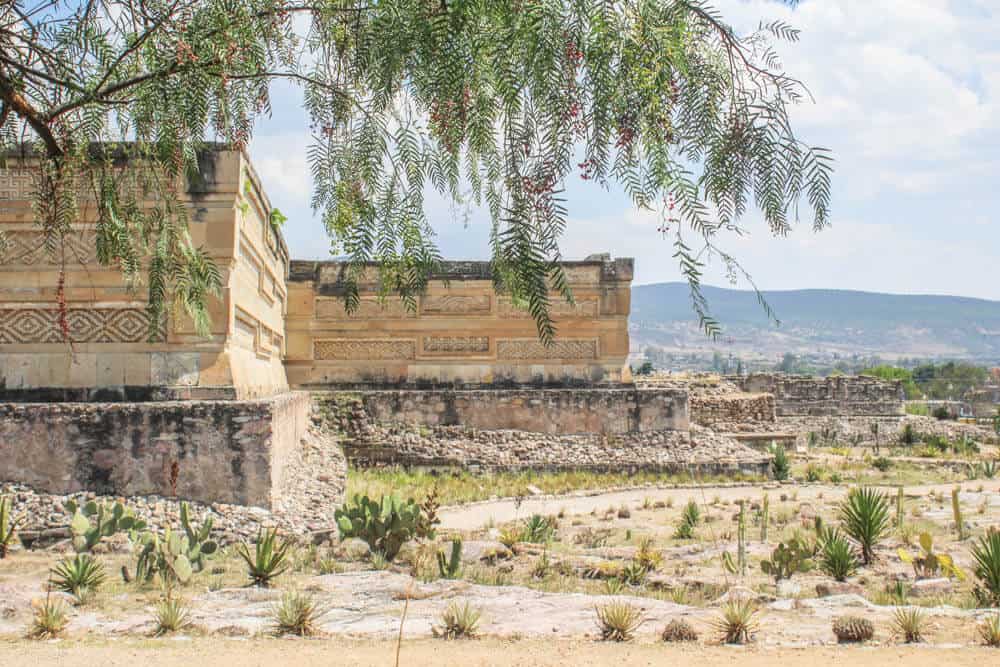 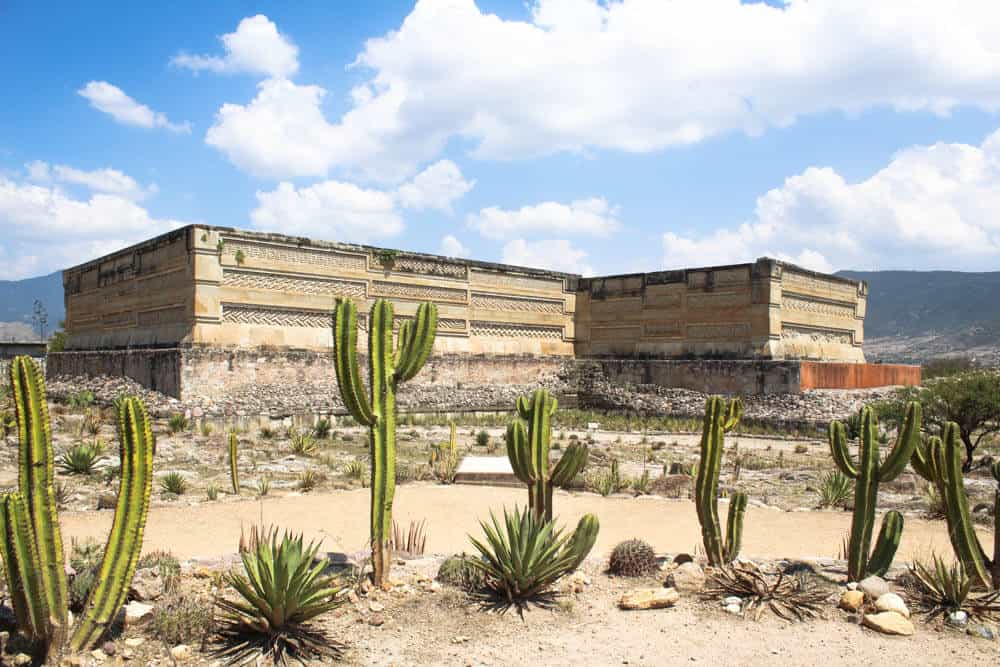 Although the site is pretty small it’s absolutely worth a quick visit. 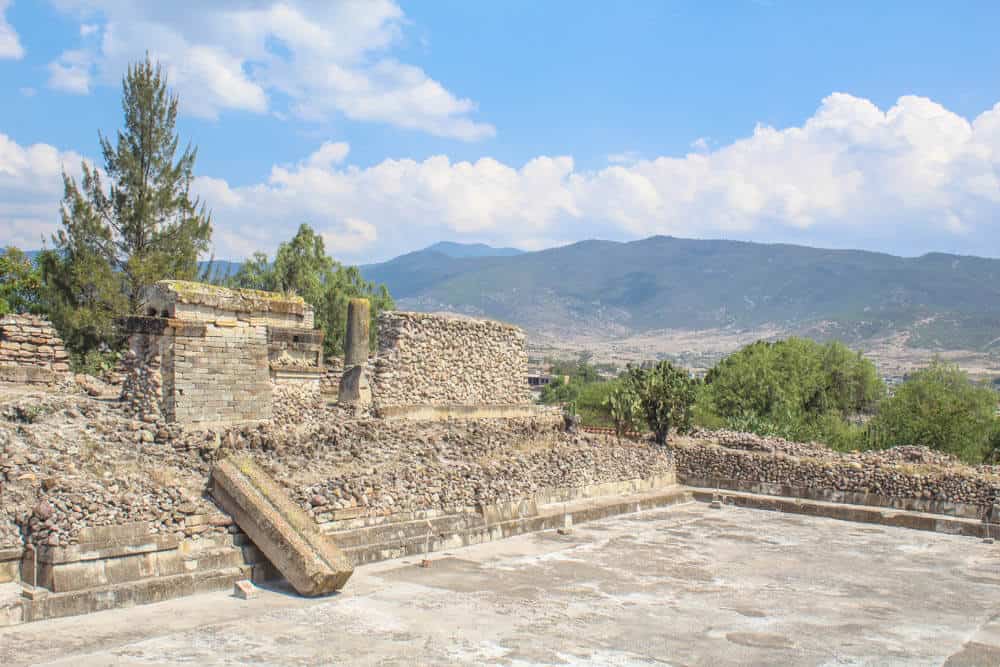 In the Grand Hall of Columns (‘Salón de las columnas’) they found two tombs next to the six columns.

After an one hour stay we went on to go to my Must See Hierve el Agua.

The main reason for me to go to Oaxaca was Hierve el Agua, a natural rock formation resembling cascades of water. They are 70 Kilometer in the east of Oaxaca. 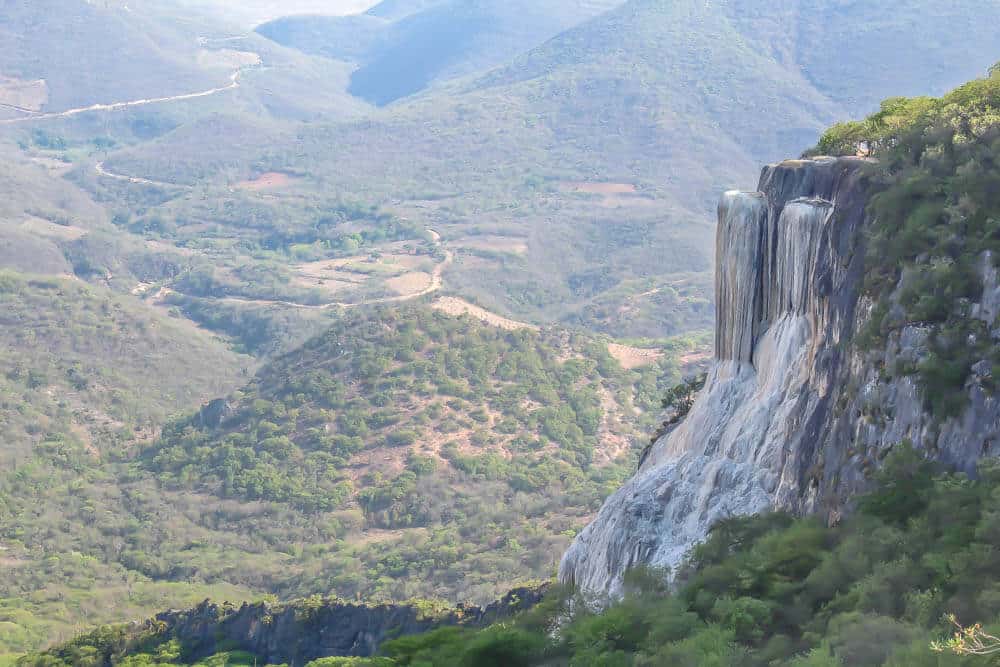 Yes, you got that right: This photo shows rocks that look like a waterfall! There is no water at all in this picture… Crazy, right?

The rock formation is formes by springs. The water is over-saturated with different minerals but most important: calcium carbonate. The excess minerals are deposited on the rock as they spill over the cliff. That’s pretty much the same process in caves when stalactites are created.

As the water flows all the time out of the springs this process is ongoing.

The pools were way smaller than I expected them to be. I admit that I was a bit disappointed expecting something huge – of the size of a baseball court.

I still liked it and if you are in the area you should not miss this! But: Be prepared that it’s a tiny attraction… Then you will have an amazing day!

LAGOONS AND BEACHES IN THE DOMINICAN REPUBLIC