Just this summer I had the idea to include the section for travel fashion on Barbaralicious. In October, when I received an invitation to test some shoes, it seemed like a sign that I should go in this direction. So here comes my first fashion report:

Yuccs‘s founder Pablo Mas had a vision: To create the most comfortable shoe in the world. Top quality and natural materials were his priority. However, the shoes were not only intended to be extremely comfortable. The environment was also a central concern for him, making it clear: First of all, the choice of material had to be clarified. The most frequently used types of leather and plastic were not suitable for his project. The material had to be innovative.

So he put a lot of passion into his idea and into the invention of a new fabric from which his dream would be made.

The team behind Yuccs’ shoes took a journey through time for this. They studied the materials used in the past and thus became aware of merino wool – in Spain it was once considered the gold among fabrics until it was replaced by synthetic materials with prices that the natural product could not compete with.

In collaboration with the AITEX Textile Technology Institute, the Yuccs team developed a new, unique fabric from the fibre of merino wool, which would be the basis of Yuccs shoes. 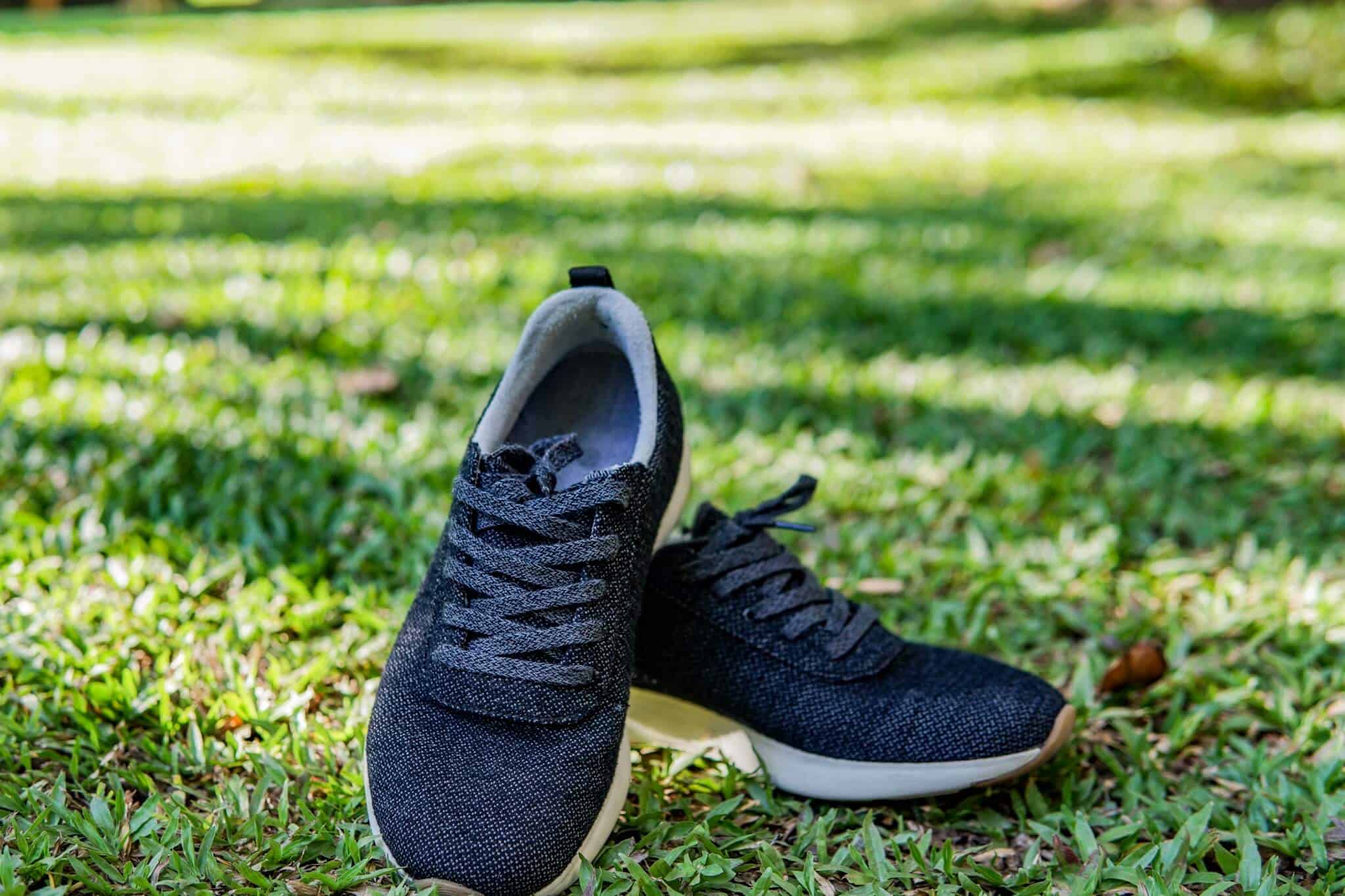 As the team came across merino wool, they knew that they were dealing with a very special fibre. The natural “super material” is permeable and extremely soft, adapts to the foot, has an antibacterial effect, is durable and even suppresses odours… In short, it’ s a gift from mother nature.

From merino wool, the Yuccs team together with the AITEX institute developed the Yuccs fabric after months of research and development.

The Yuccs fabric is one of a kind worldwide.

Since Pablo Mas was also concerned about sustainability and ethical conditions, he chose Alicante as the location for the entire manufacturing process: from spinning, weaving, dyeing and finishing. Yucc’s fabric is guaranteed to be 100% Spanish made, sustainable and under fair working conditions.

I have been wearing and testing the shoes for a little over a month now. I wore them in autumn, cool climate in Germany as well as in hot, tropical weather in Thailand.

The promise of yuccs is that merino wool keeps you warm in winter and stays airy and fresh in summer. But what actually seems to be an impossible oxymoron has been accomplished.

Yuccs shoes in autumn and winter

At around 10 degrees in German November, I didn’t get the feeling to be getting cold feet once. On my short trip to Budapest during the first weekend of November there was another spontaneous, unplanned test: It was pouring down on one day. I was a bit worried that the wool would be soaked up and that I would be walking around the Hungarian capital with wet feet. But the contrary was the case: my feet stayed dry and warm. The shoes also dried relatively quickly.

A day after my return from Budapest, I went on a longer trip again: I flew to Thailand for a three-week vacation.

I admit, at first I was a little worried that I might get sweaty feet. After these shoes had only just demonstrated to me that they were ideal in temperatures close to single digits and even in rain, I could hardly imagine that they weren’t too warm at over 30 degrees. But I was completely wrong.

Both in Bangkok and later in Chiang Mai and Mae Hong Son I never had the feeling that Yuccs shoes were the wrong shoes.

Even during my Vipassana at Wat Pa Tam Wua Forest Monastery I went into the jungle with these shoes and explored the caves there. No problem at all. 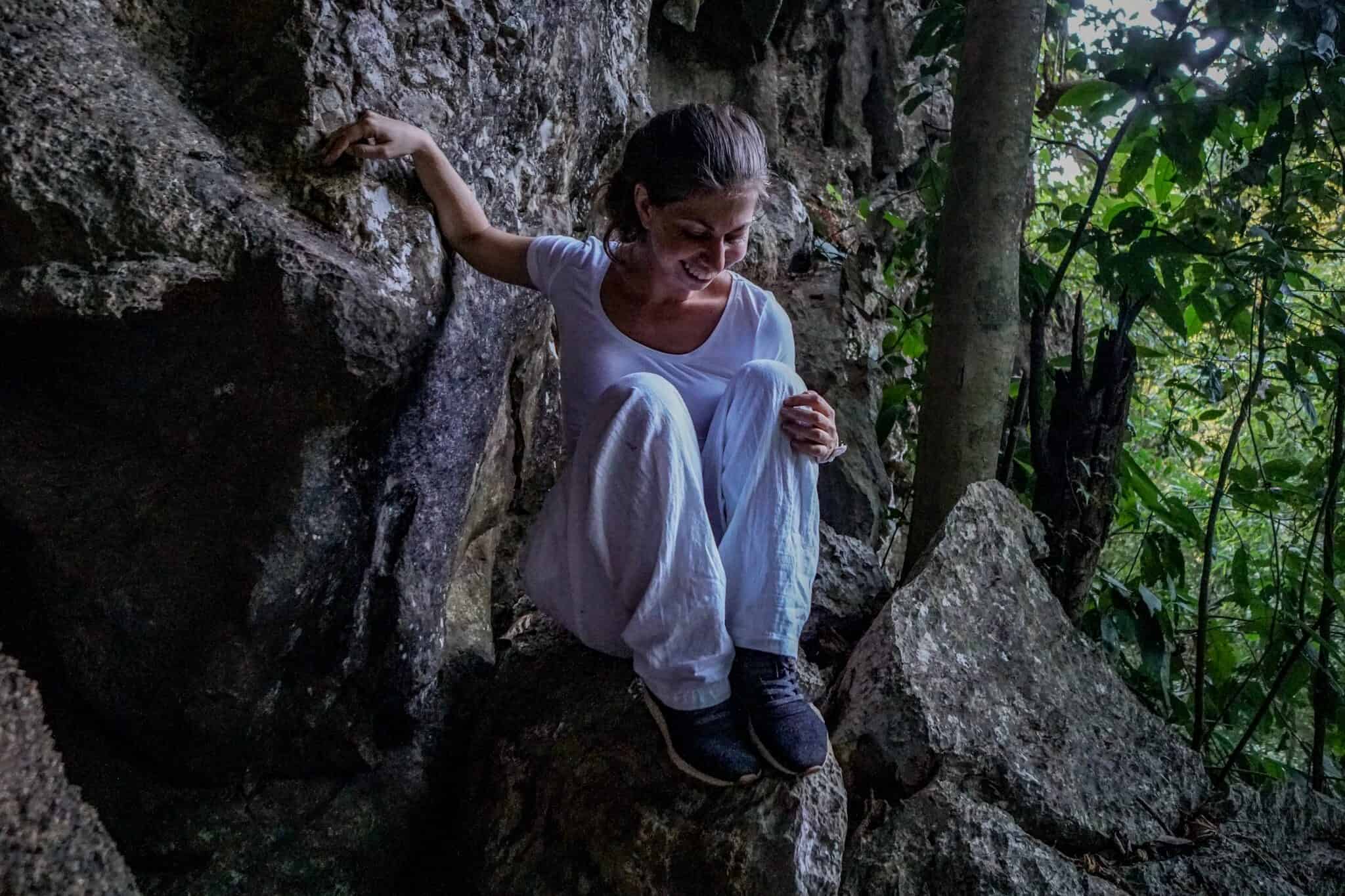 The shoes not only look great (ok, that’s a matter of taste, of course!), but also keep their promise: The fabric keeps you warm at low temperatures and is airy in summer. To me it seems to be a perfect all-rounder, especially for travellers, ensuring that you are prepared for any weather condition. This way you can also change climate zones without having to take several pairs of sneakers with you. 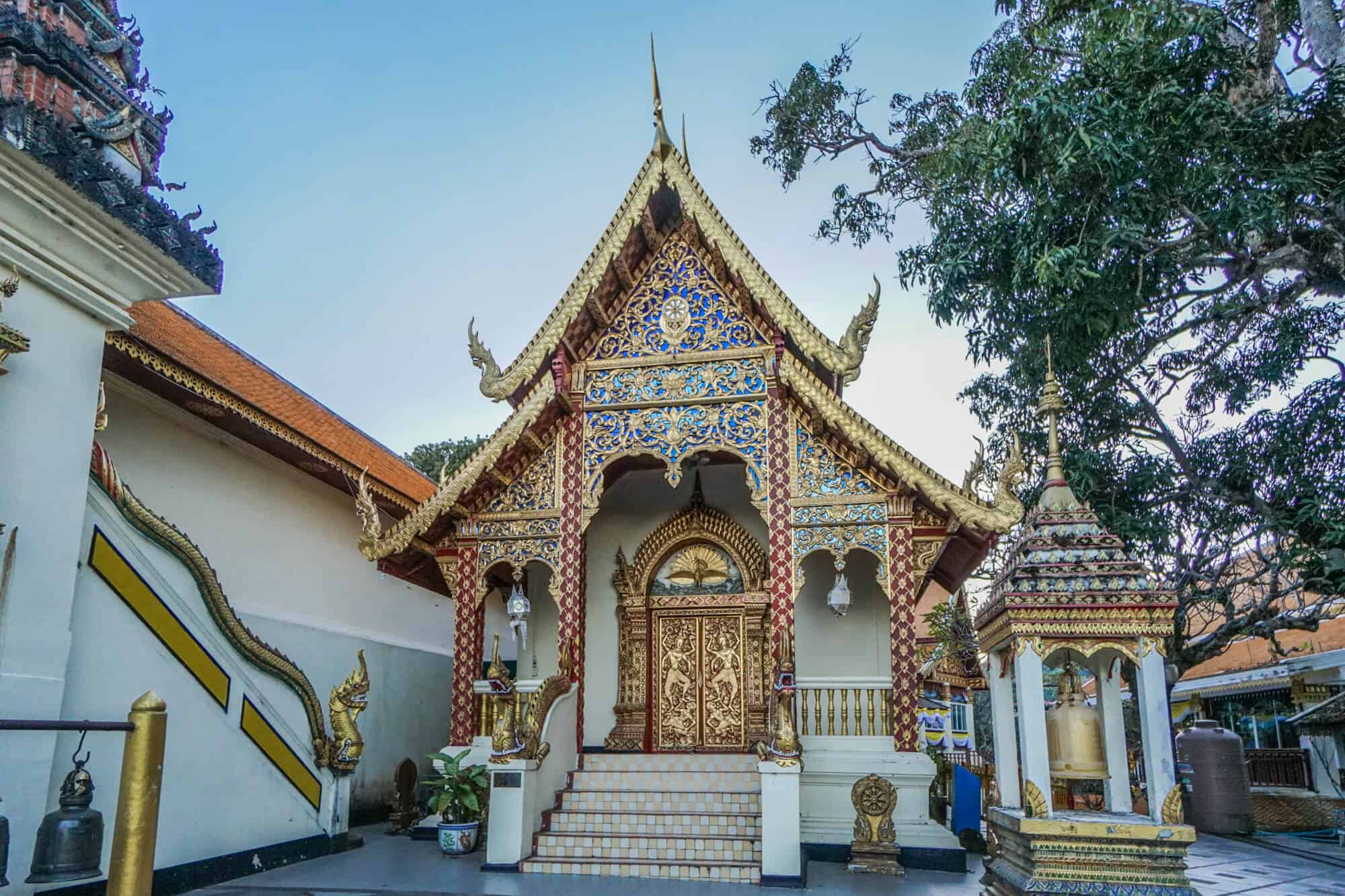 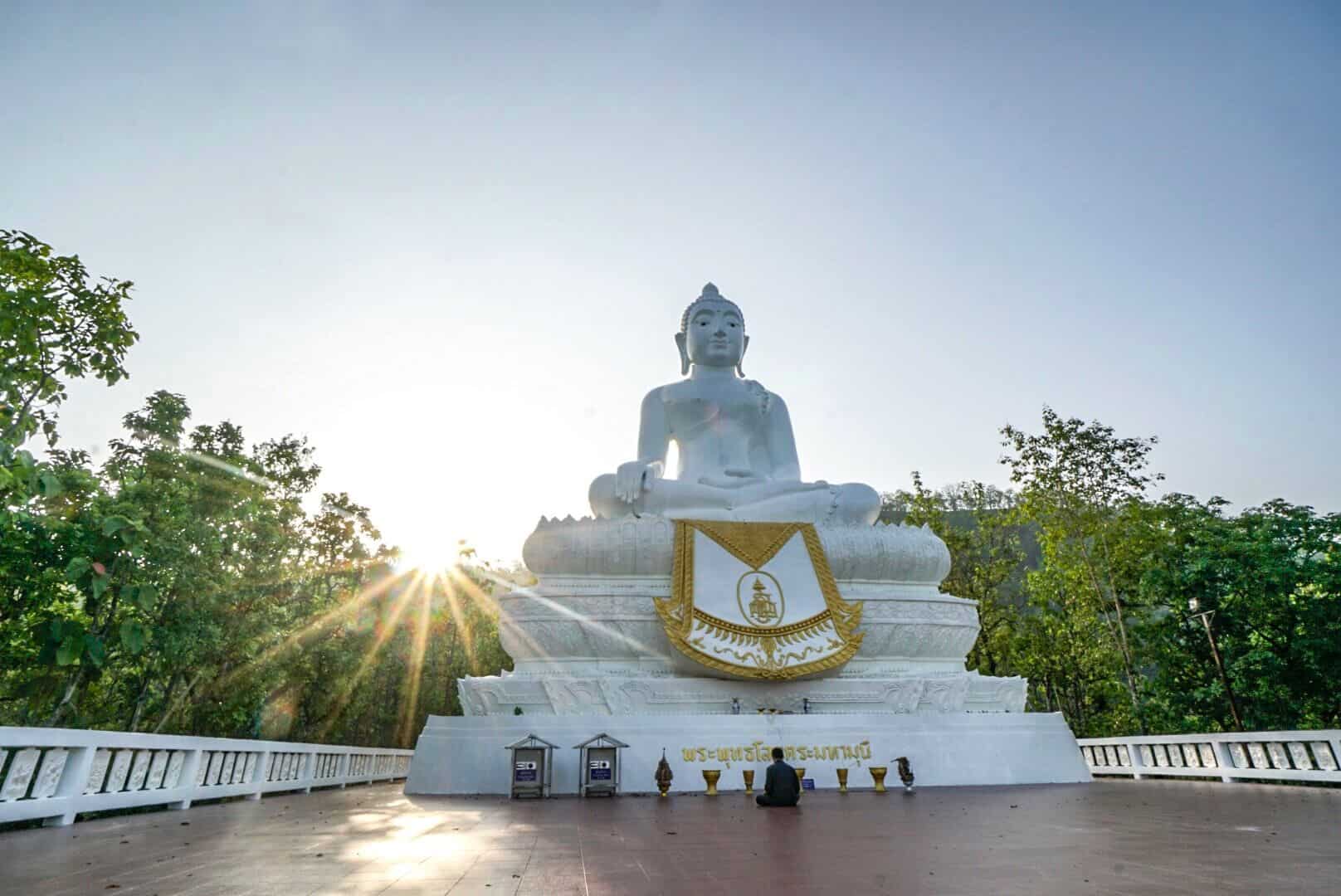 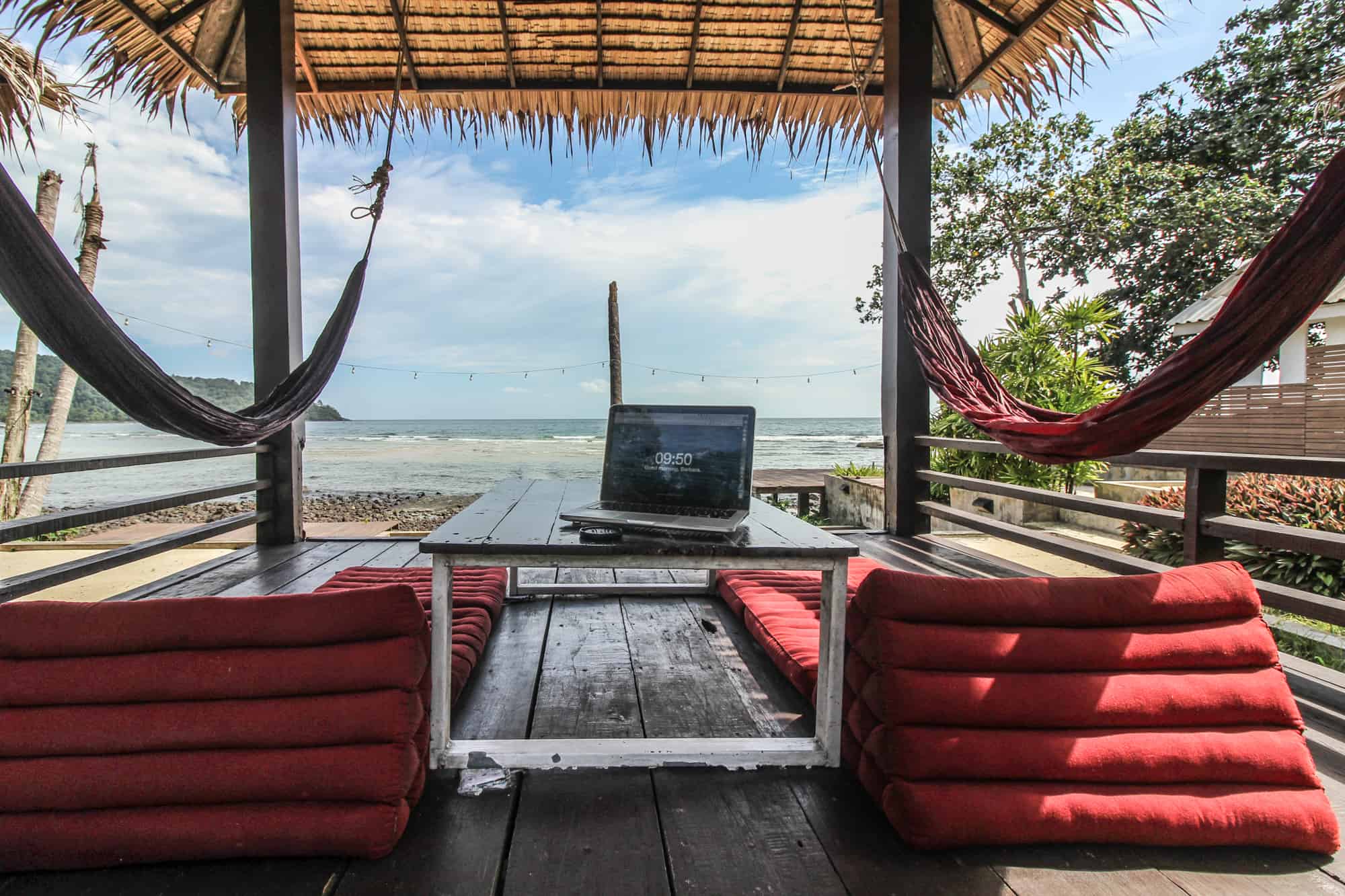