Traveling Guatemala was no really on my bucket list, I have to admit. Mexico was so big in my head that I never thought of the other countries in its south.

When I was at the biggest fair and exhibition in the Tourism industry ITB in Berlin, I saw a small both with nice looking people. The company was called Martsam. We were talking for a while and when I said that I was about to leave for Mexico they immediately invited me to come to Guatemala as well.

I accepted their invitation and they organized a 10-days trip for me.

I started my journey through Guatemala on the beautiful island of Flores. From there I did two day-trips: one to Tikal, the best-known Maya ruins in Guatemala and to Yaxhá, another archeological site, but less touristy than Tikal.

This is one of the biggest lakes in Guatemala: Petén Itzá with the biggest crocodile of the world. Of course, they don’t mean an animal, but the mountain. What do you think?

Tikal is located in the middle of the jungle and is not only the most important Maya site in Guatemala but as well one of the best-understood ones in the world. 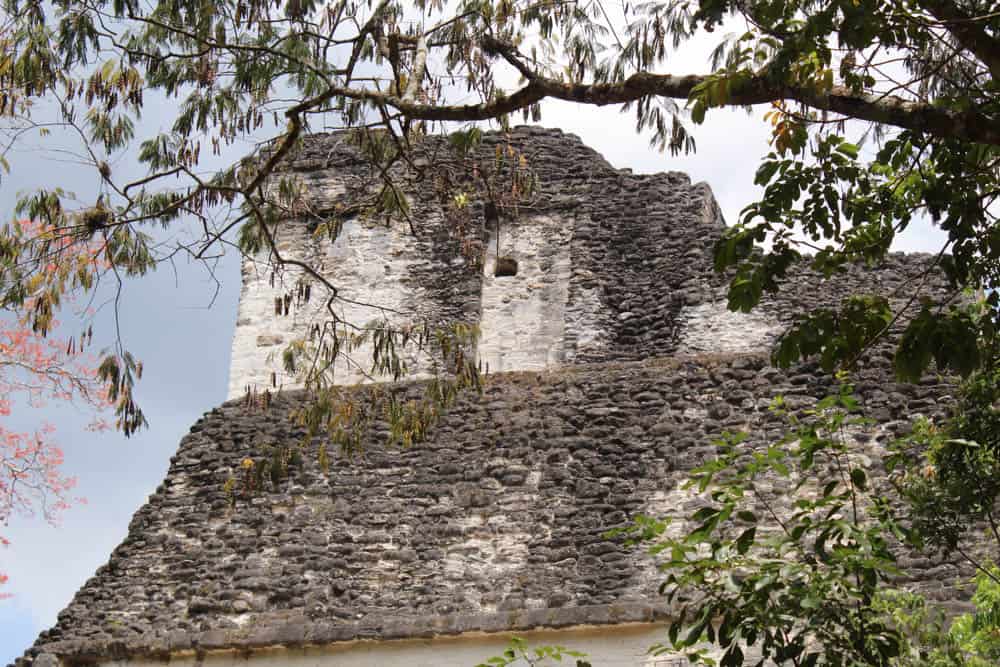 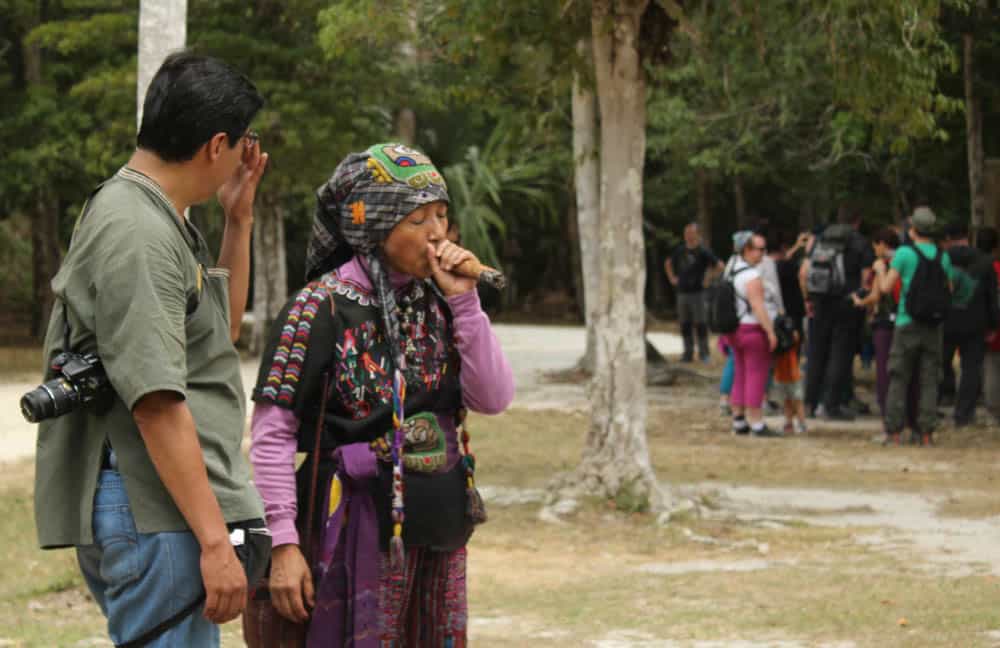 The talles building of this site is Temple IV with 70 meters. I needed five minutes to climb it. If you’re a Star Wars fan you probably recognize the view from up there over the rainforest trees. George Lucas was filming here for part one of his famous saga. 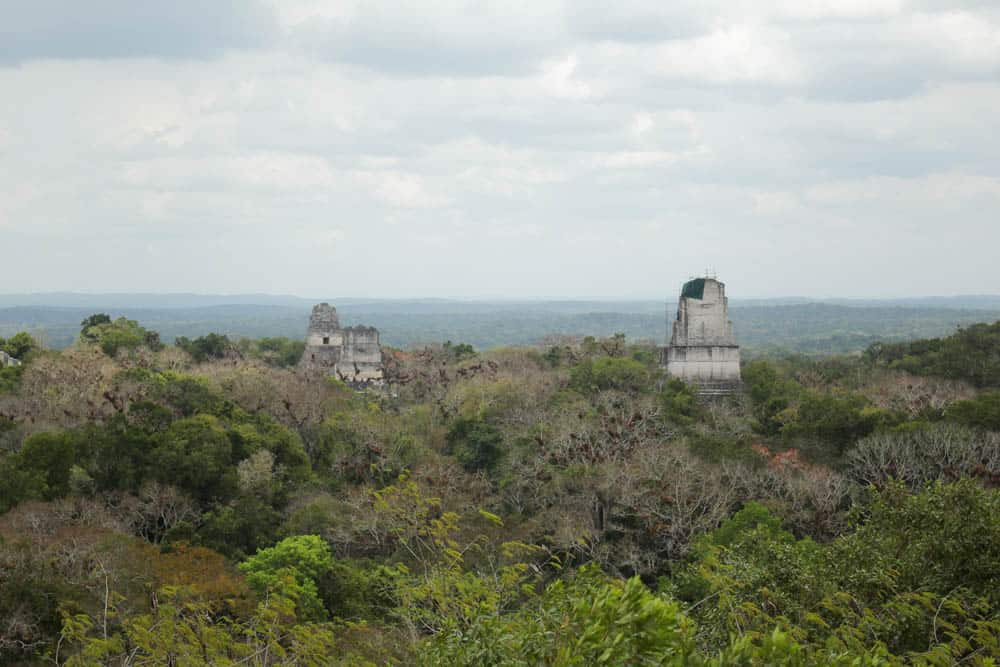 In the end, we arrived at the Great Acropolis with Temple I (or Temple of the Jaguar) and II, from where I took these photos.

In the evening, I watch the sunset from my hotel’s roof top terrace. Check out the hotel here*! 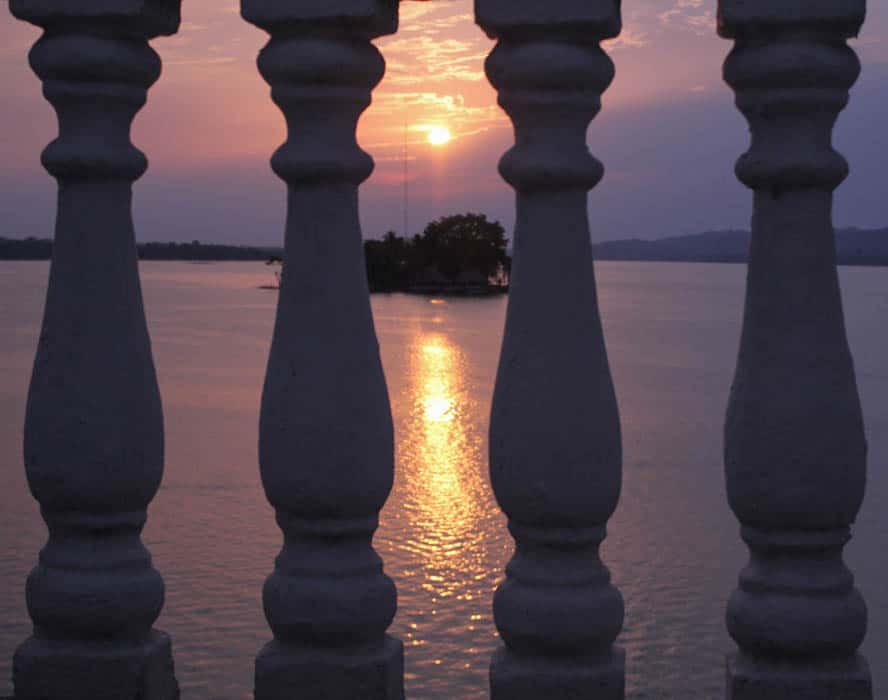 The next trip was to Yaxhá.

It was just the tour guide and me this time and we see only two people during hour three-hour stay. That’s why this howler monkey dared to come done from his tree after his siesta to drink some water from a puddle. Surprised to see us, he immediately jumped back on the tree – to be safe and sound again.

The ruins themselves are similar as in Tikal. But in Yaxhá I saw many small hills. The tour guide explained that there are more temples beneath them. They haven’t been excavated yet. So there is still a lot of work to do in Yaxhá.

The highlight of every tour in Yaxhá is Temple 216, or the Temple of the Red Hands. You can enjoy an incredible view over the rainforest and the Laguna Yaxhá. Sunset is supposed to be outstandingly beautiful from up here, but I wasn’t lucky enough with the weather.

The former capital of the Spanish colonies has been World Heritage for 35 years. Antigua is a picturesque and colorful city, which is pretty impressive with the volcanoes in the background.

Unfortunately, when I was there during rainy season, the so called Bruma – that’s how they call the clouds when they are low – was making it almost impossible to see the volcanoes. 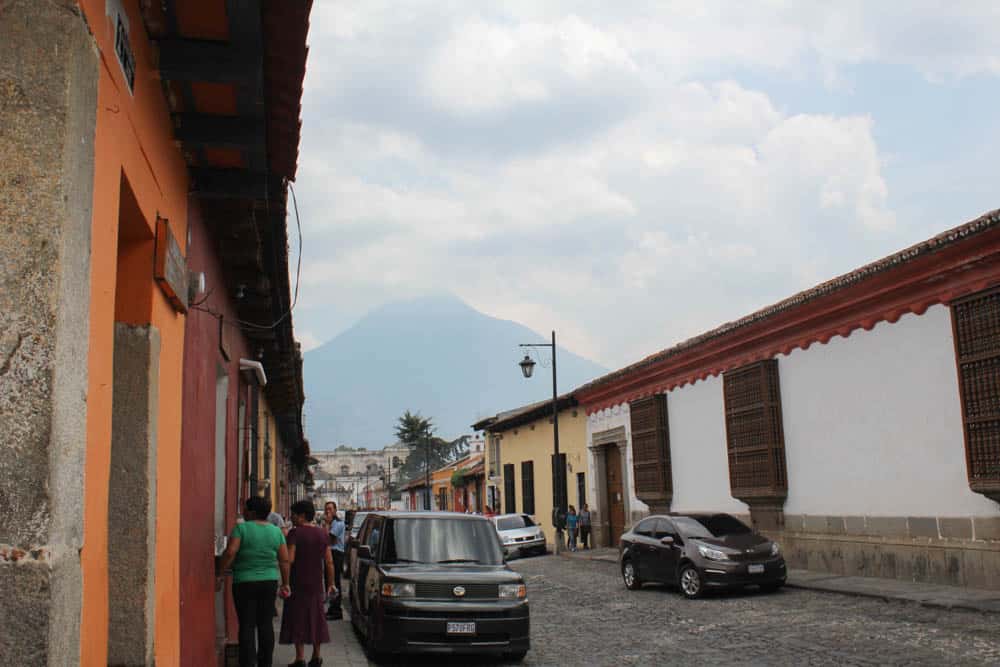 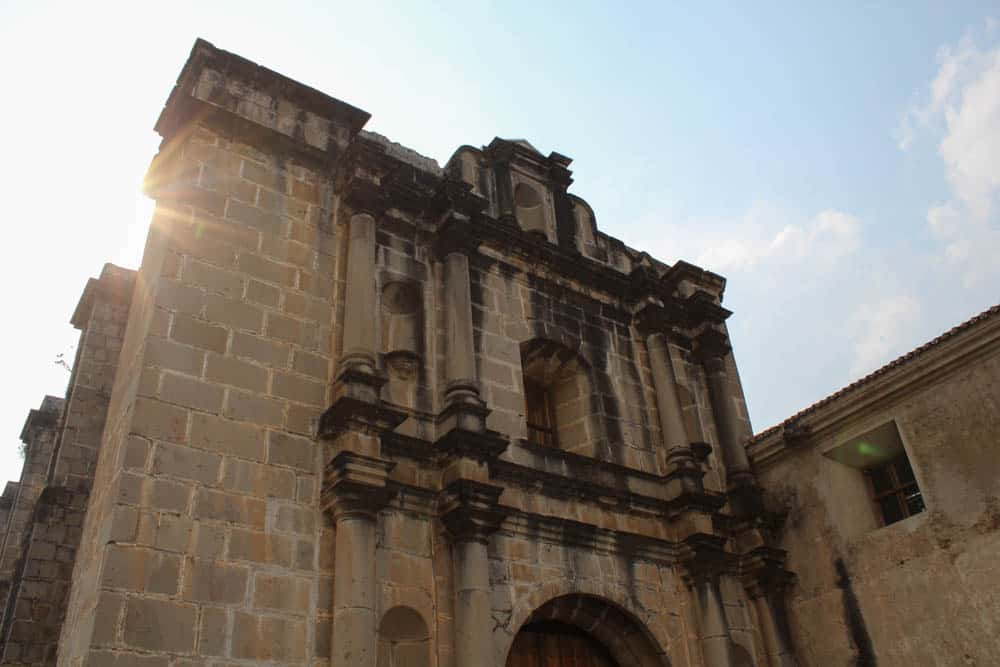 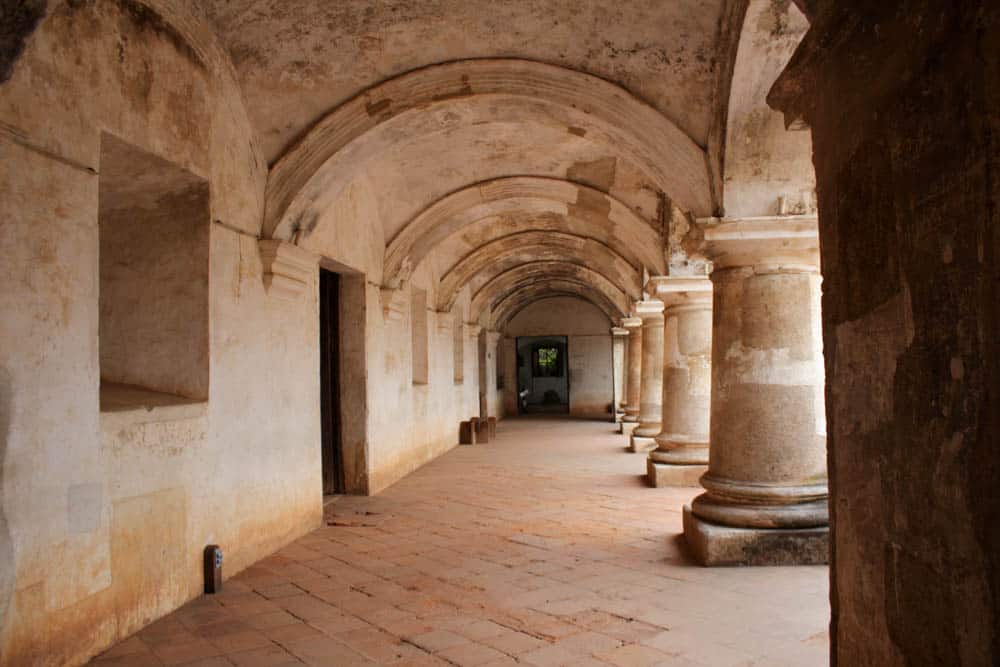 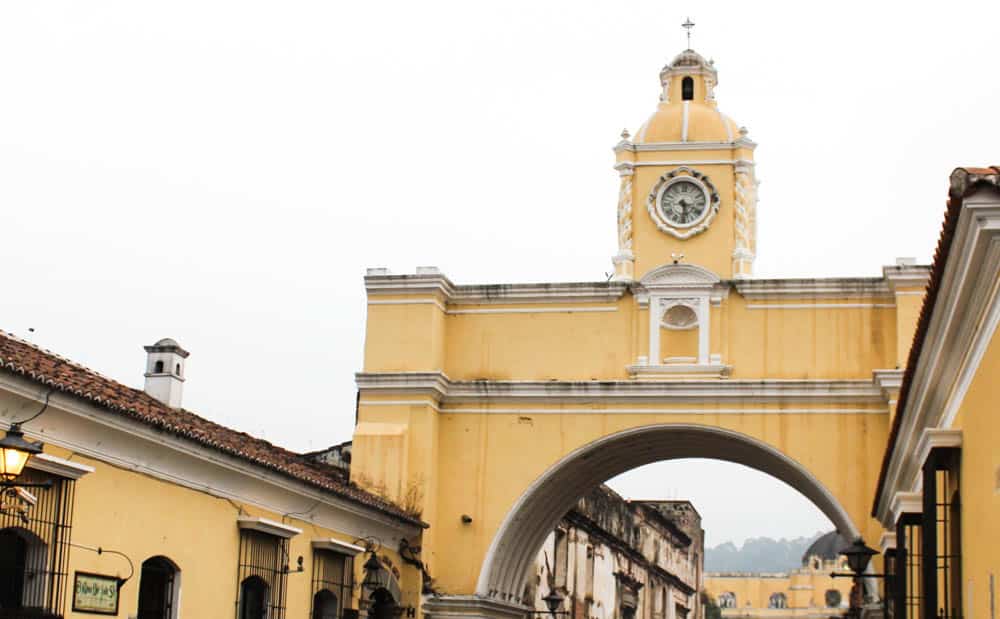 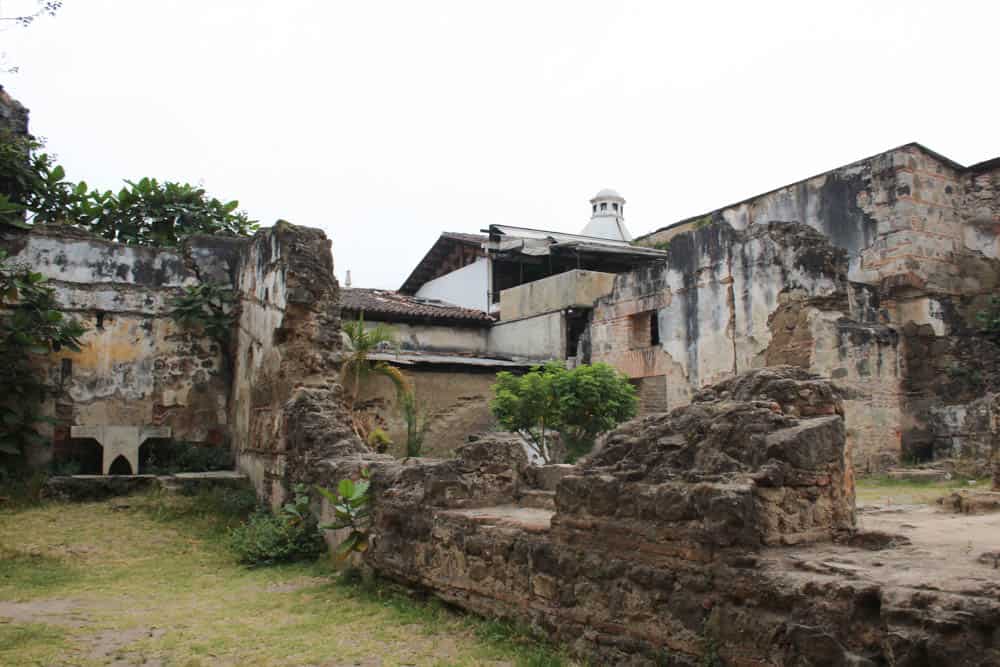 You should definitely plan to climb one of the volcanoes on one day. The Volcán del Fuego is very hard to climb. That’s why I chose the easier Pacaya. I had twisted my ankle the week before, which is why I decided to get a horse instead of hiking up. 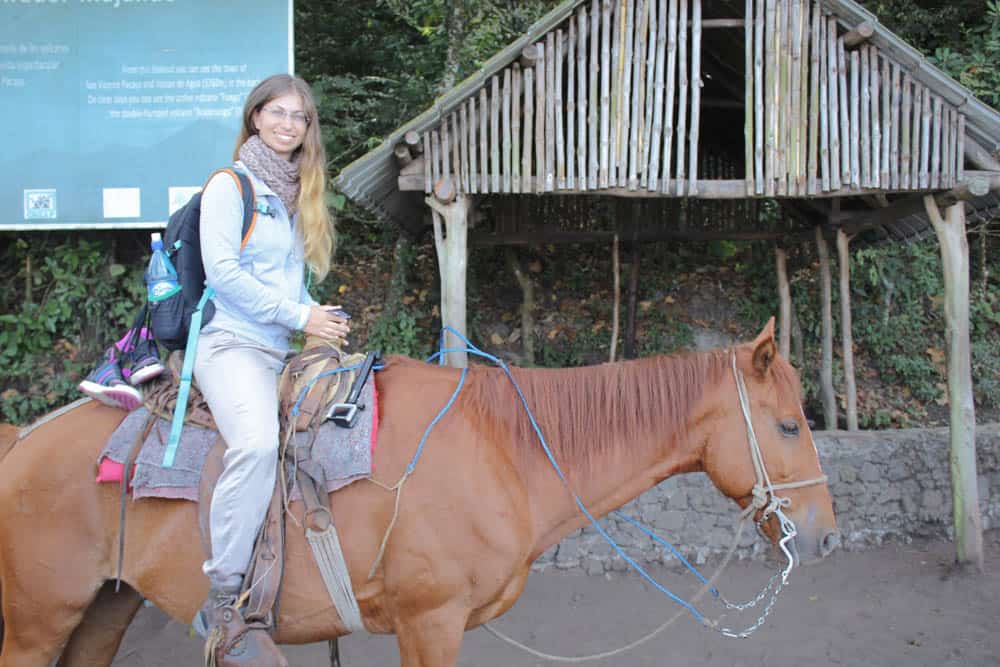 I was talking to the owner of the horse and he told me that most of the people there have no other choice than renting their horses to tourists and that this is their only income stream. My friends in Guatemala said that he was a bit exaggerating to get a higher tip. But I feel like it was good to support a local.

You don’t have to book a horse in advance. Locals are waiting here you arrive and you can decide when you’re there. I paid 200 Quetzales (more or less 25 Dollars). 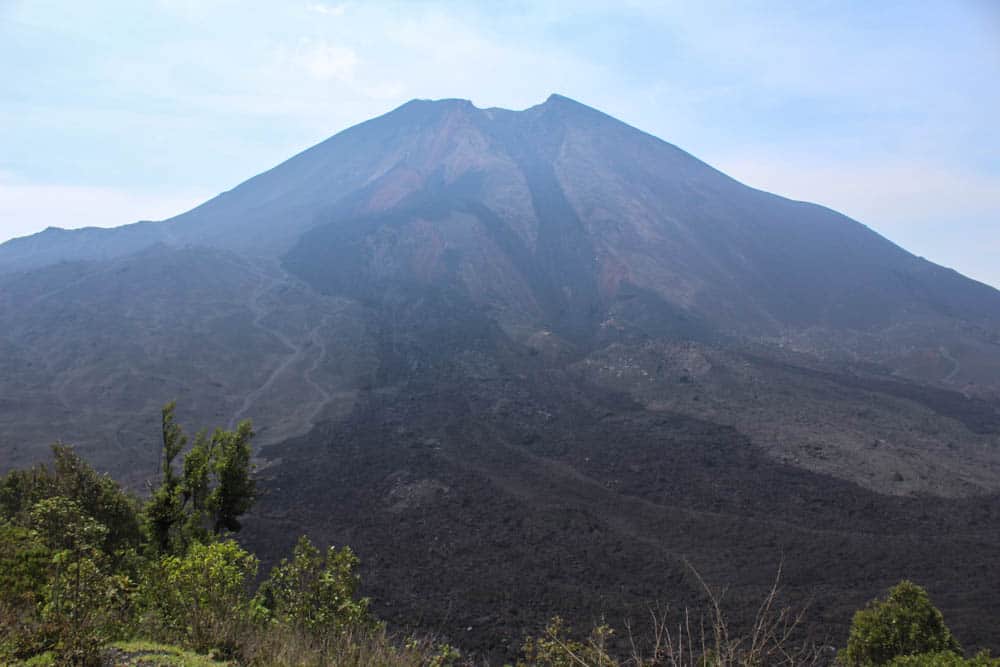 If you’re lucky and the view is good you will be able to see little explosions at the Vulcán del Fuego.

The market of Chichicastenango is famous in Guatemala. It’s huge, beautiful and a little bit dangerous. 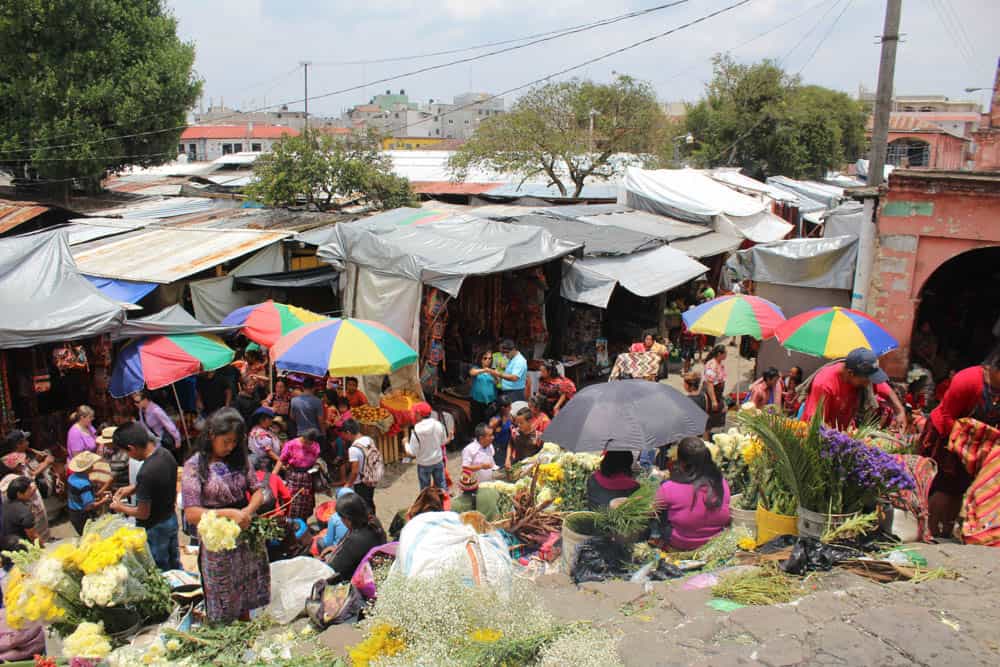 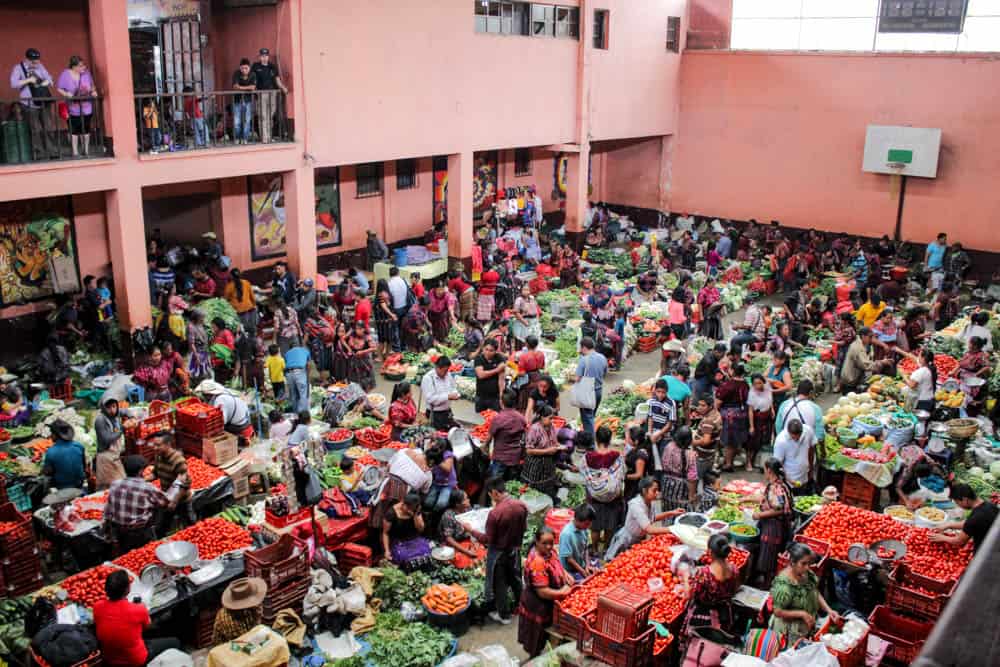 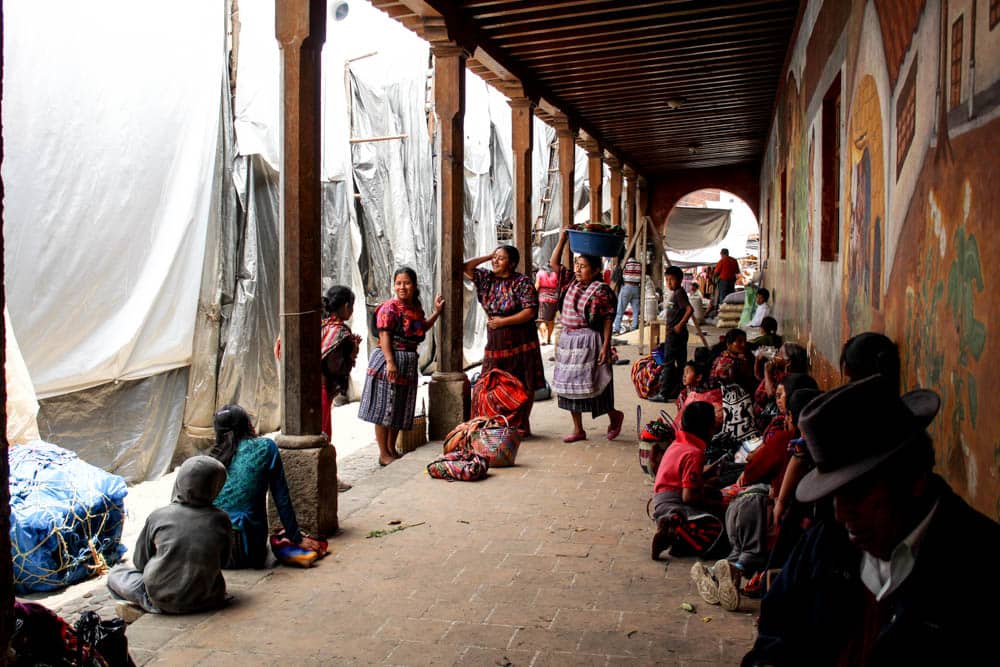 It’s almost always crowded here and this is making it easy for pickpockets. So if you’re going: Either leave your valuables at home or be very careful! 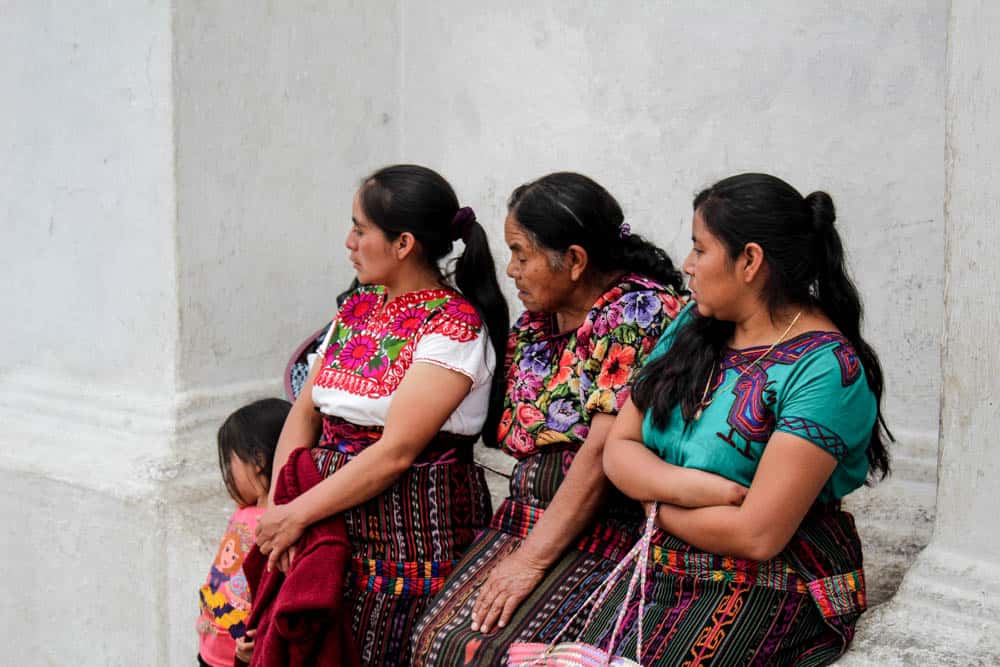 But if you’re still searching for a souvenir from your travels in Guatemala you will probably find something here. 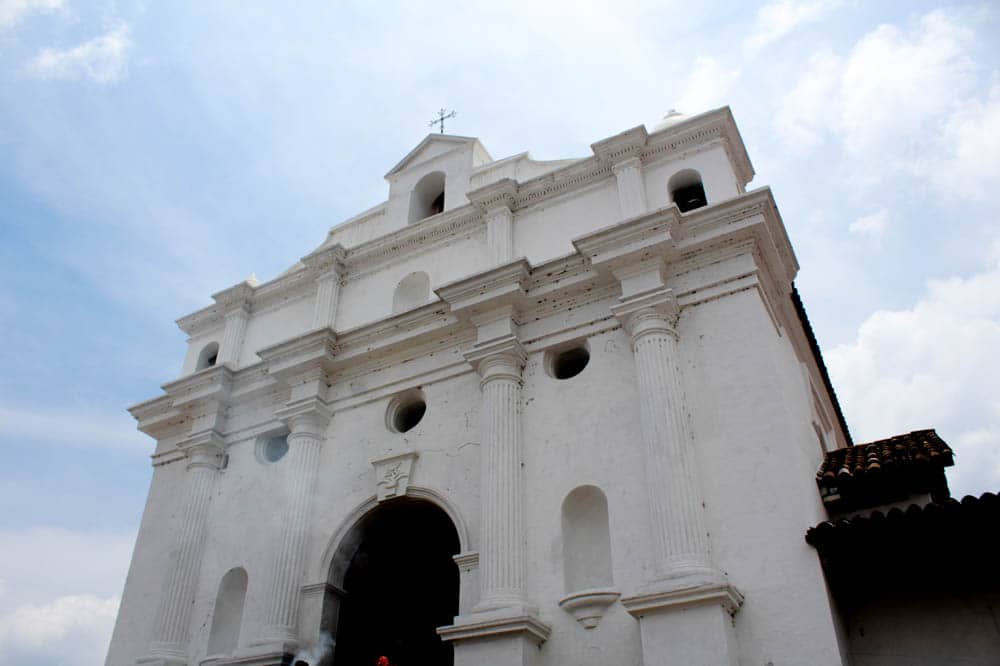 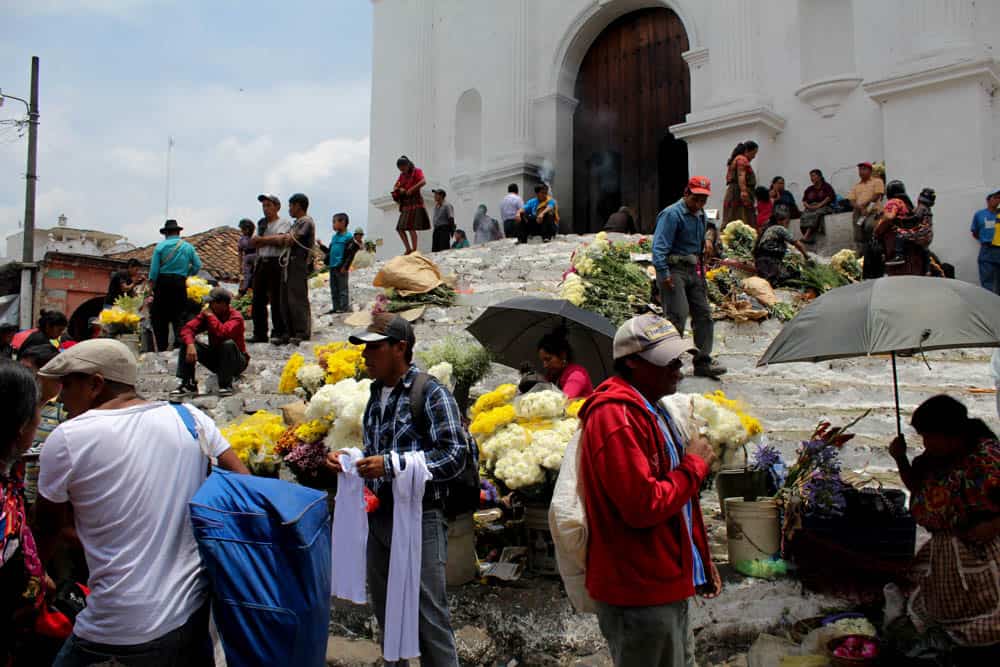 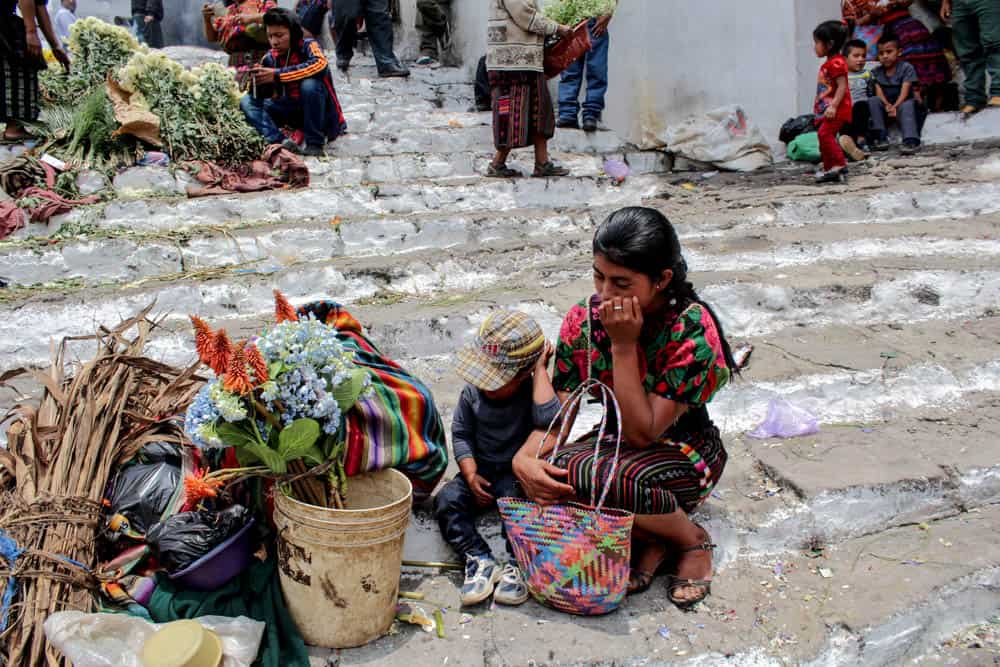 After some exciting hours at the market of Chichicastenango, I made my way to the Lake Atitlan.

The most touristy place at the Lake Atitlan is Panajachel. It’s a village with one only one big street with a lot of shops, restaurants, and streetfood.

My first night in Panajachel was a short one since I wanted to be at the lake for sunrise. 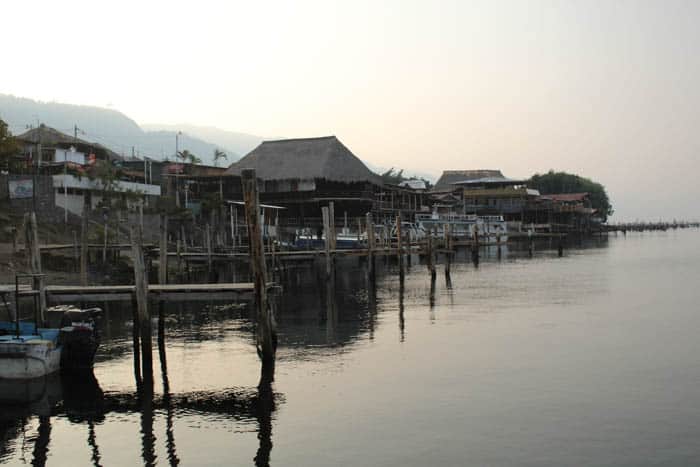 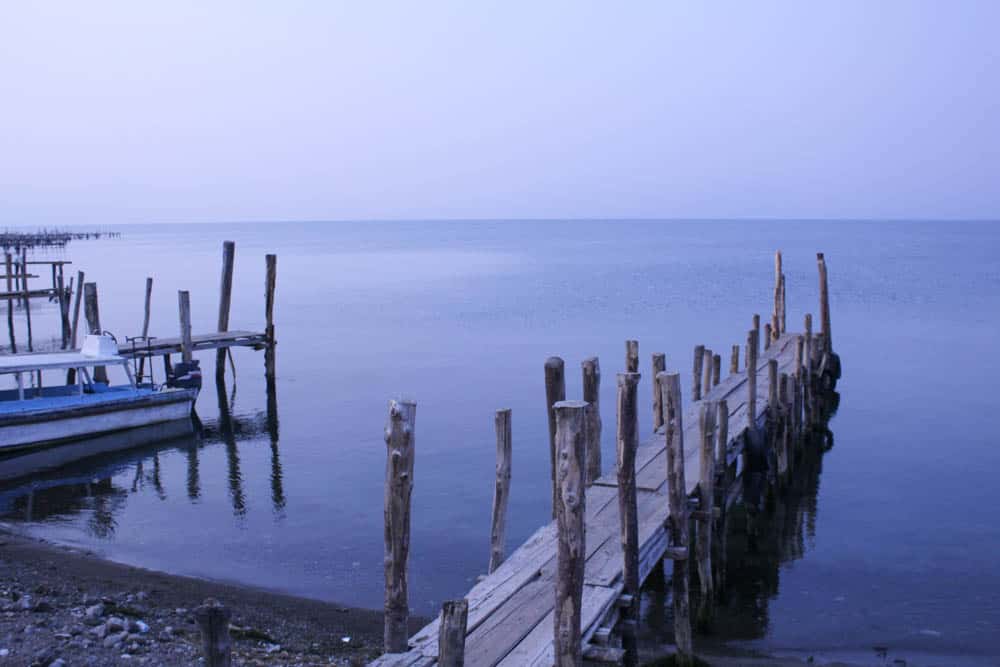 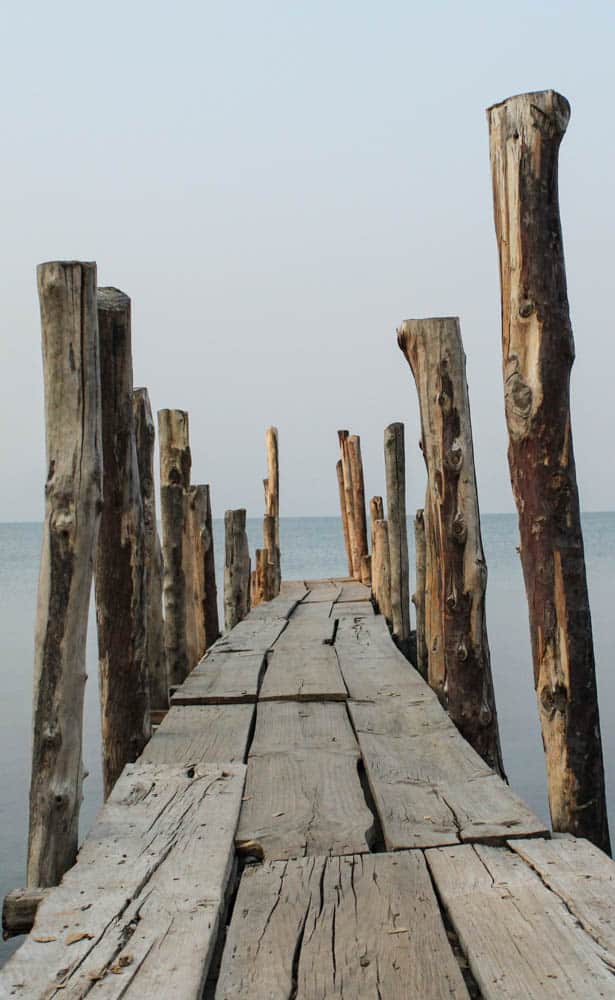 Then I went with a tour guide to the other side of the lake. 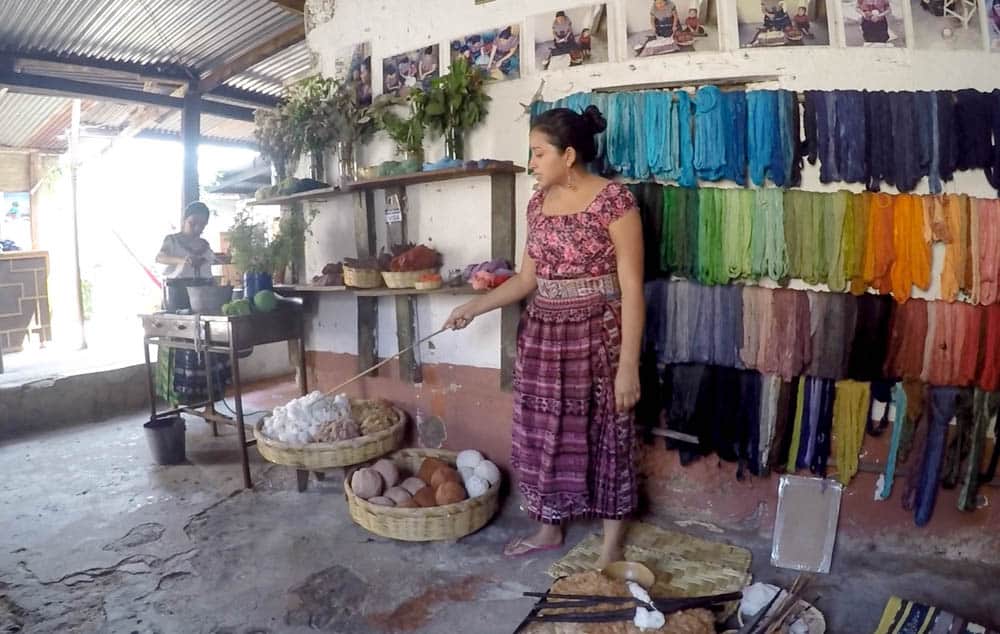 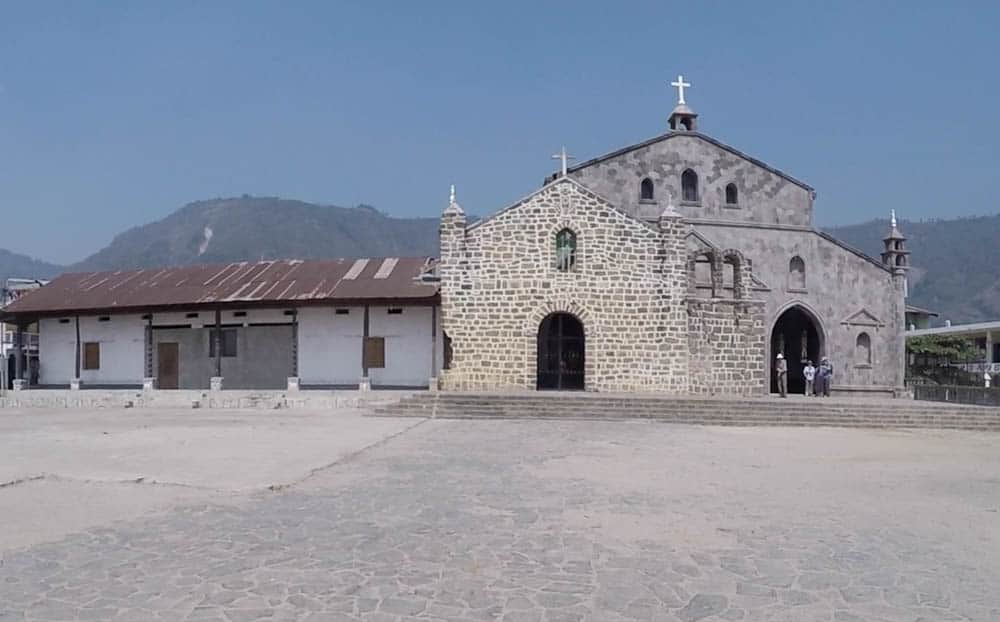 My 10 days traveling Guatemala passed in no time. I’ve seen beautiful places, met incredibly nice people and just had a great stay! I think Guatemala is one of my favorite countries in Central America.

I will definitely come back to see more!

PS: Martsam invited me on the whole trip. I didn’t get any monetary compensation though. My opinion is my own and wasn’t influenced by this collaboration!

PPS: The links with an asterisk (*) are affiliate links.