The Felsenmeer – The Sea of Rocks in the Odenwald

I was about 10 years old when I went on a school trip to the Felsenmeer (German for sea of rocks) in the Odenwald. It was the first and only time I saw this place. I remember how fascinated I was climbing over the rocks, even though at the same time I did not understand how magical these rocks really are. More than two decades later I returned. Armed with my camera and eager to learn more about the sea of rocks.

How to Get to The Felsenmeer

Alternatively, you can park on the Felsberg – the top of the mountain above the Felsenmeer – free of charge. Next to the restaurant Ada’s Buka you can leave your car in a car park and either walk downhill to the Felsenmeer or uphill to other hiking trails. 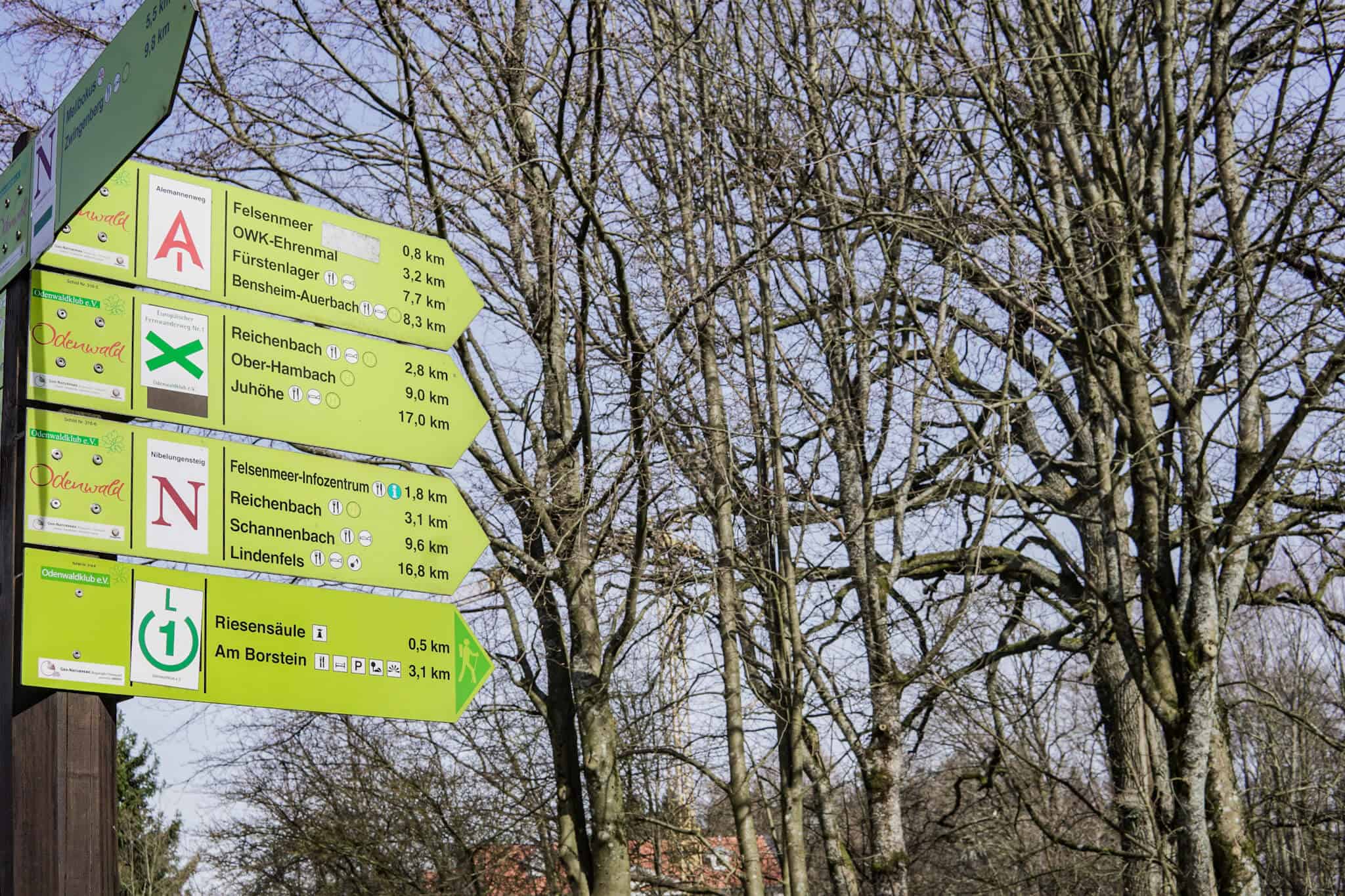 The Felsenmeer is located above Lautertal-Reichenbach in the Odenwald on a mountain called Felsberg (German for mountain of rocks). It is a rocky landscape of dark grey quartz diorite. The Romans already used the Felsenmeer for stone extraction. This tradition was later continued by local stonemasons. Today this so-called “Felsberg granite” is no longer mined. 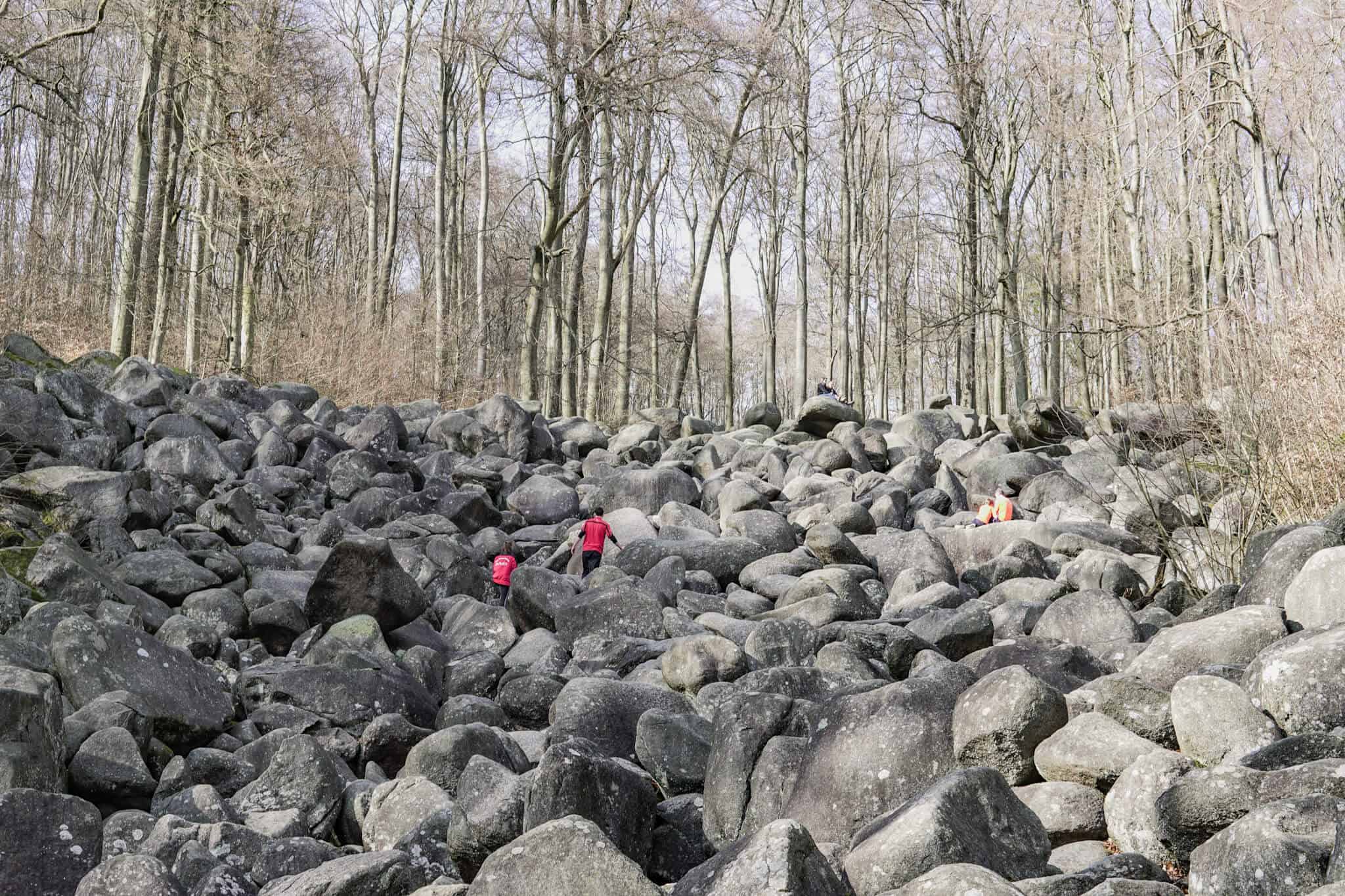 The Felsenmeer has become a popular recreation area and destination for hikers, which also makes children’s hearts beat faster and is, therefore, suitable for trips with the whole family.

The Legend of The Felsenmeer

Two giants are said to have dwelled in the Reichenbach area. One lived on the Felsberg and was called Felshocker (German for he who sits on a rock), while Steinbeißer (German for he who bites rocks)  lived on a mountain called Hohenstein. The valley Lautertal divided their empires. One day they got into an argument and started throwing rocks at each other. Steinbeißer had more throwing material at his disposal, which gave him an advantage. So Felshocker ended up under the rocks. Legend has it that you can still hear him roar under the Felsenmeer sometimes. On the Hohenstein, there is a single wall of rocks, which is said to have been the last house wall of the other giant.

The oldest rocks of this part of the Odenwald, which is also called the Crystalline Odenwald because of its age, are probably more than 500 million years old. 380 to 340 million years ago, two large primeval continents divided the planet. Due to the so-called continental drift, the two large continents moved towards each other and became one: the primeval continent Pangaea was born. Through various tectonic processes of a smaller continent in the course of the fusion of the two original continents, the Odenwald was created, which at that time was located at the level of the equator.

The quartz diorite that makes up the rock sea is a crystalline rock that probably took a good 10 million years to cool down. During this process, the rocks shrunk and cracked. When the sea level rose all over the world in the Mesozoic Era, the Odenwald was flooded and covered with deposits. It took many millions of years to remove them. This was supported by the collapse of the Rheingraben (the Rhine Rift) about 50 million years ago. Finally, cuboid blocks were formed by the deepening cracks. From then on, the stones were exposed to the weather.

The last ice age about 12,000 years ago transformed the Odenwald into a permafrost zone. When the frost line receded at the end, the stones started to move and thus led to the formation of the sea of rocks as we know it.

The hike through the Felsenmeer has a very special character. Like suddenly cooled waves the boulders pile up in front of you and you have to climb a lot to overcome them. But don’t be afraid if you want to enjoy the sea of rocks but you are not a climbing fan: there is also a normal hiking trail that runs along the edge and for example a bridge that crosses the sea. 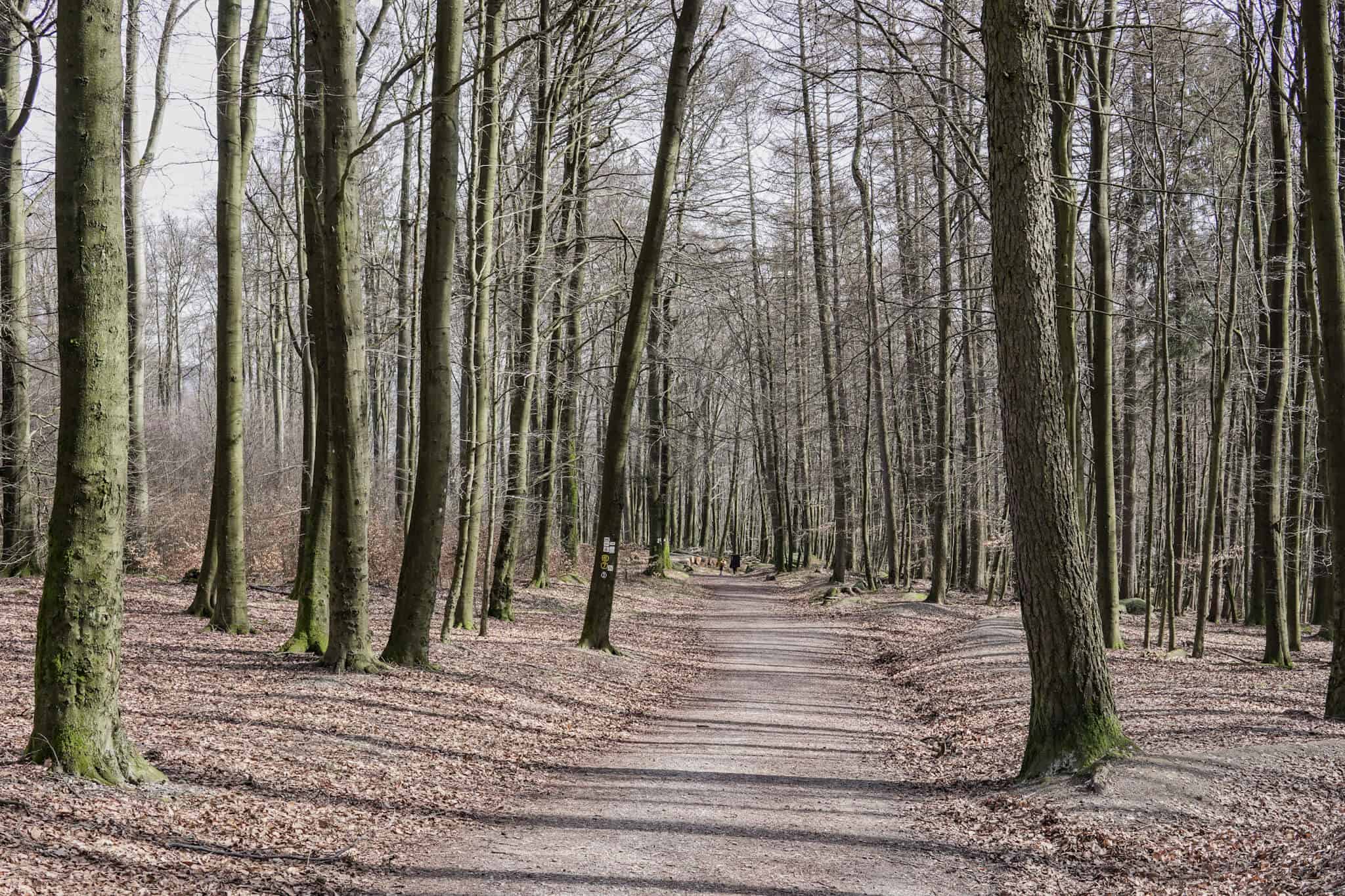 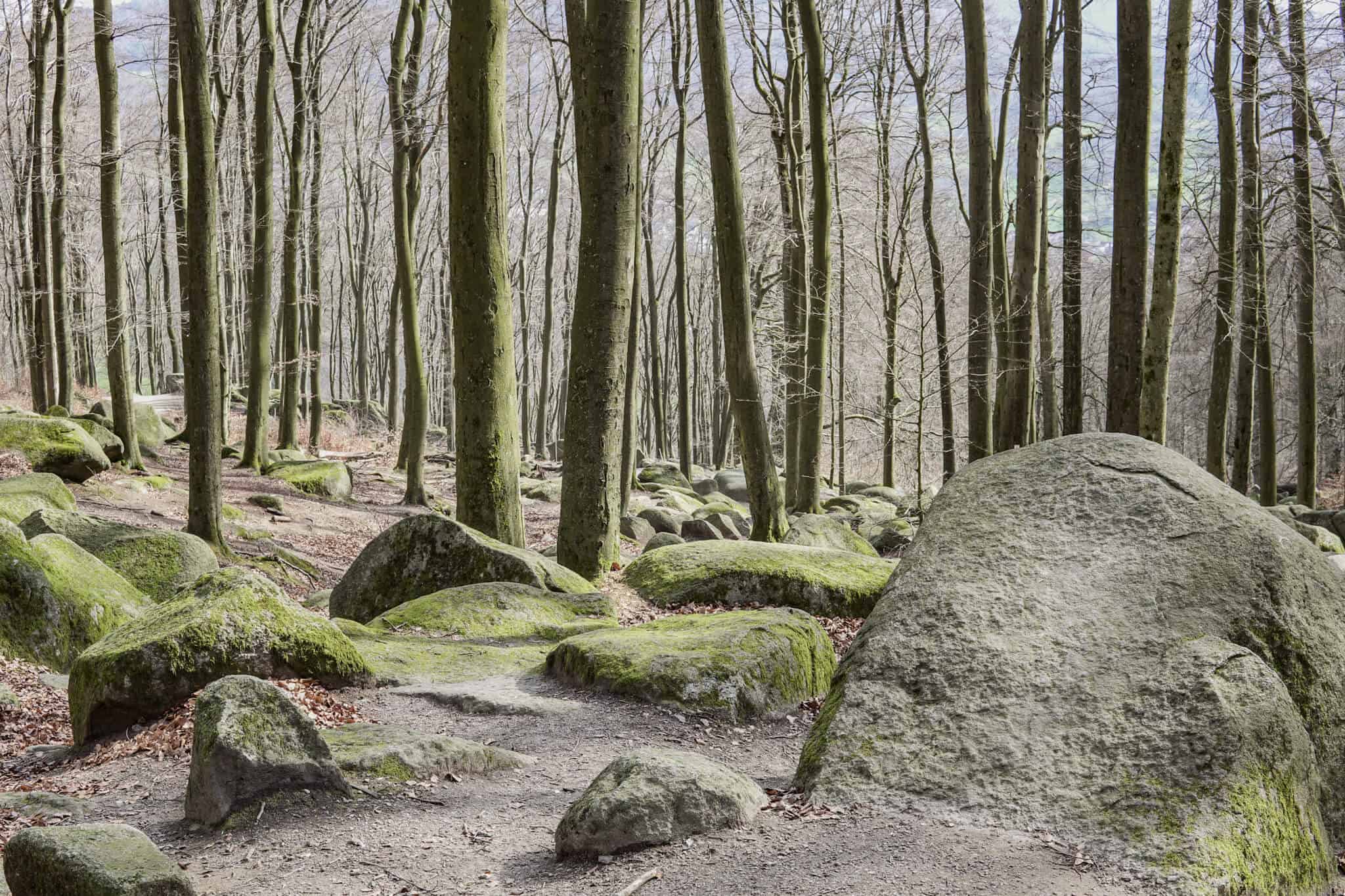 I started from the top, from the parking lot on the Felsberg, and followed the path down. It is impressive how suddenly the first rocks appear and gradually become more and more. On the way, right next to the giant column, which is a testimony of the presence of the Romans in this region 2000 years ago, there is a hut to stop for a bite to eat, which unfortunately was closed when I was there because of Corona. 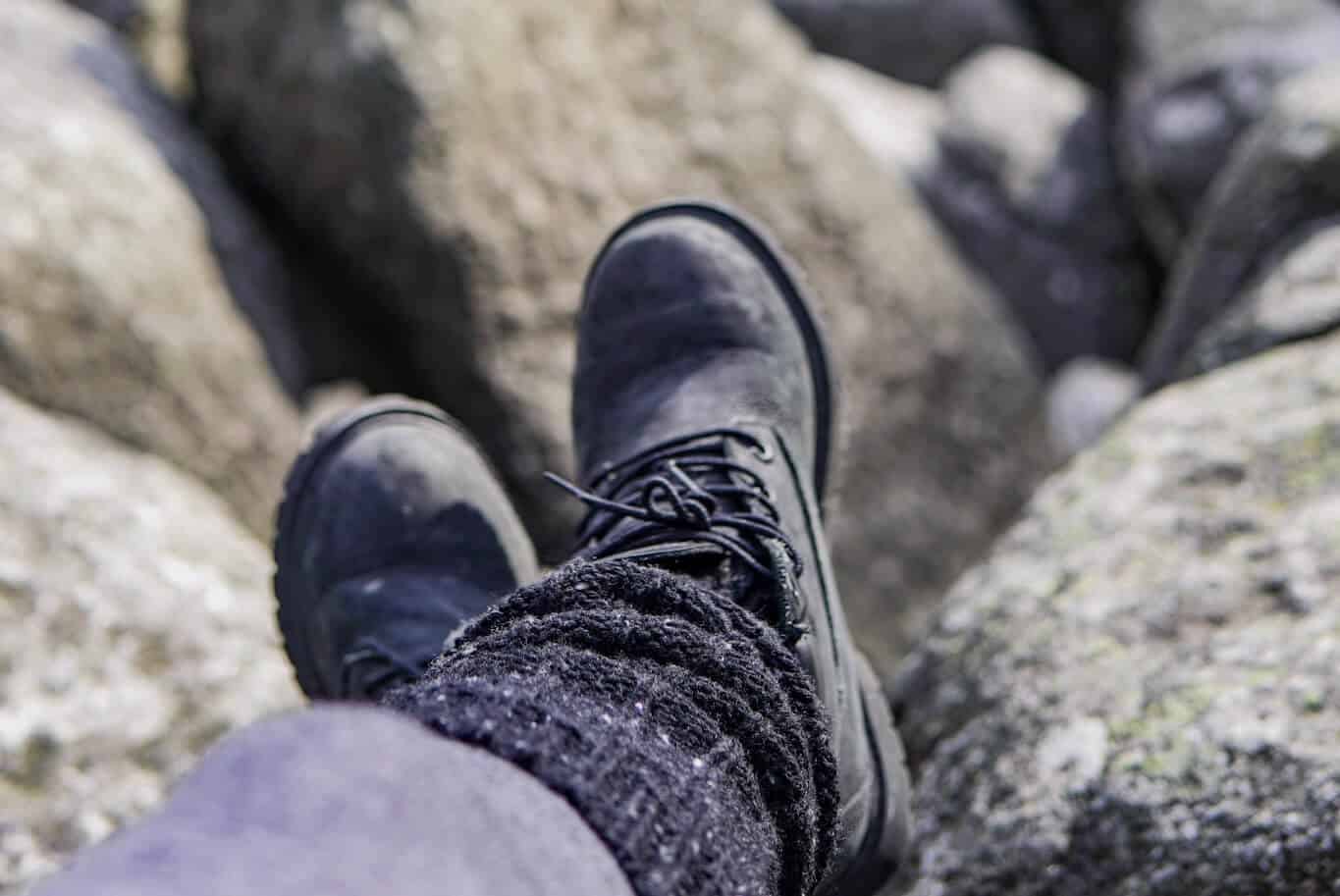 Up to here, I could easily walk back and forth between the stones. But now the stones become so dense that the climbing begins. At the same time, the view into the valley opens up before me. Wonderful! 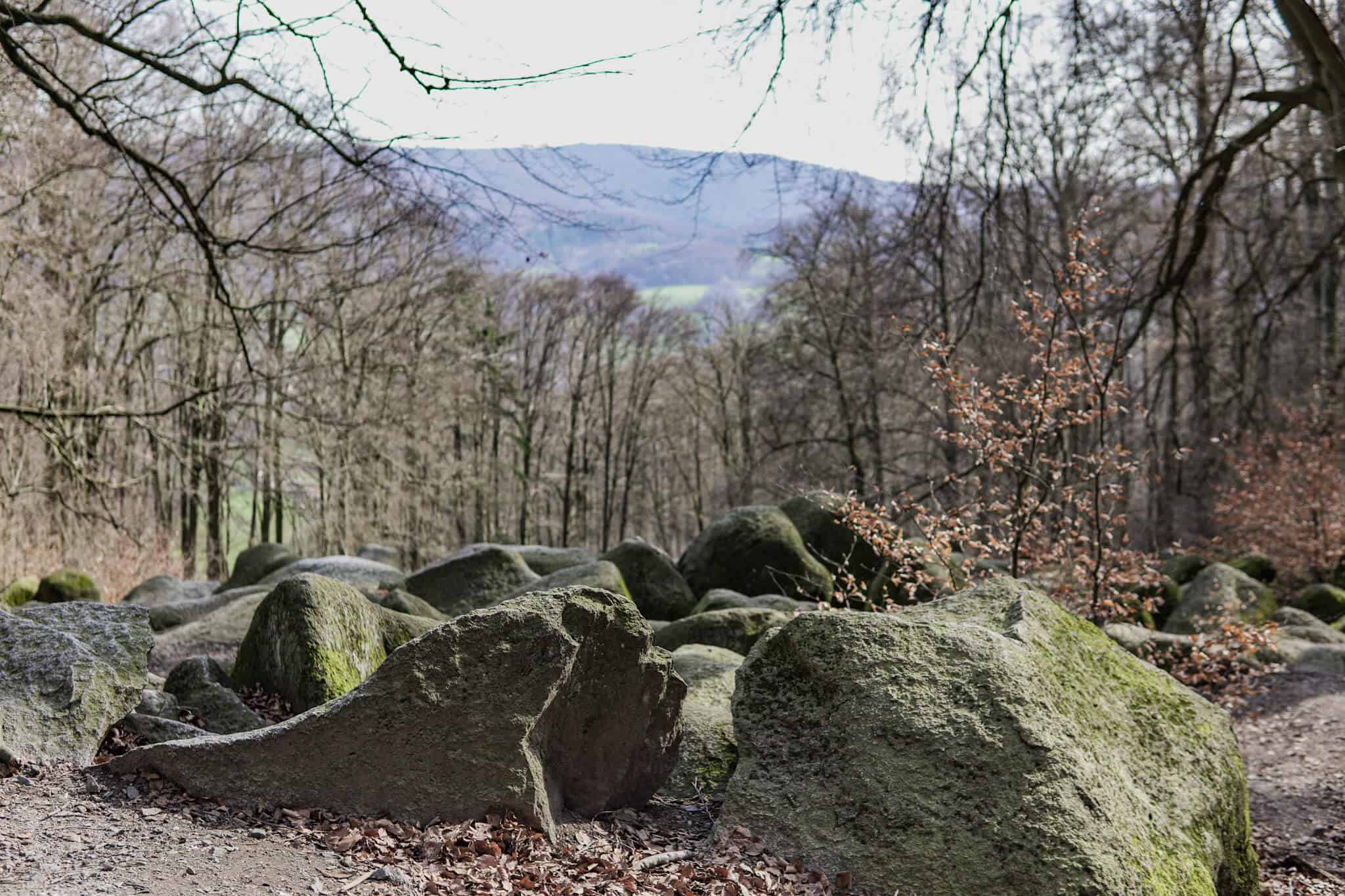 At this point, you should make the decision whether to avoid the sea of rocks on the hiking trail or to go for some climbing fun. I go for the latter.

My legs start hurting and I notice very quickly that I will certainly have sore muscles the next day. But it feels good at the same time and the almost surreal landscape of the Felsenmeer distracts me from my burning calves and thighs. 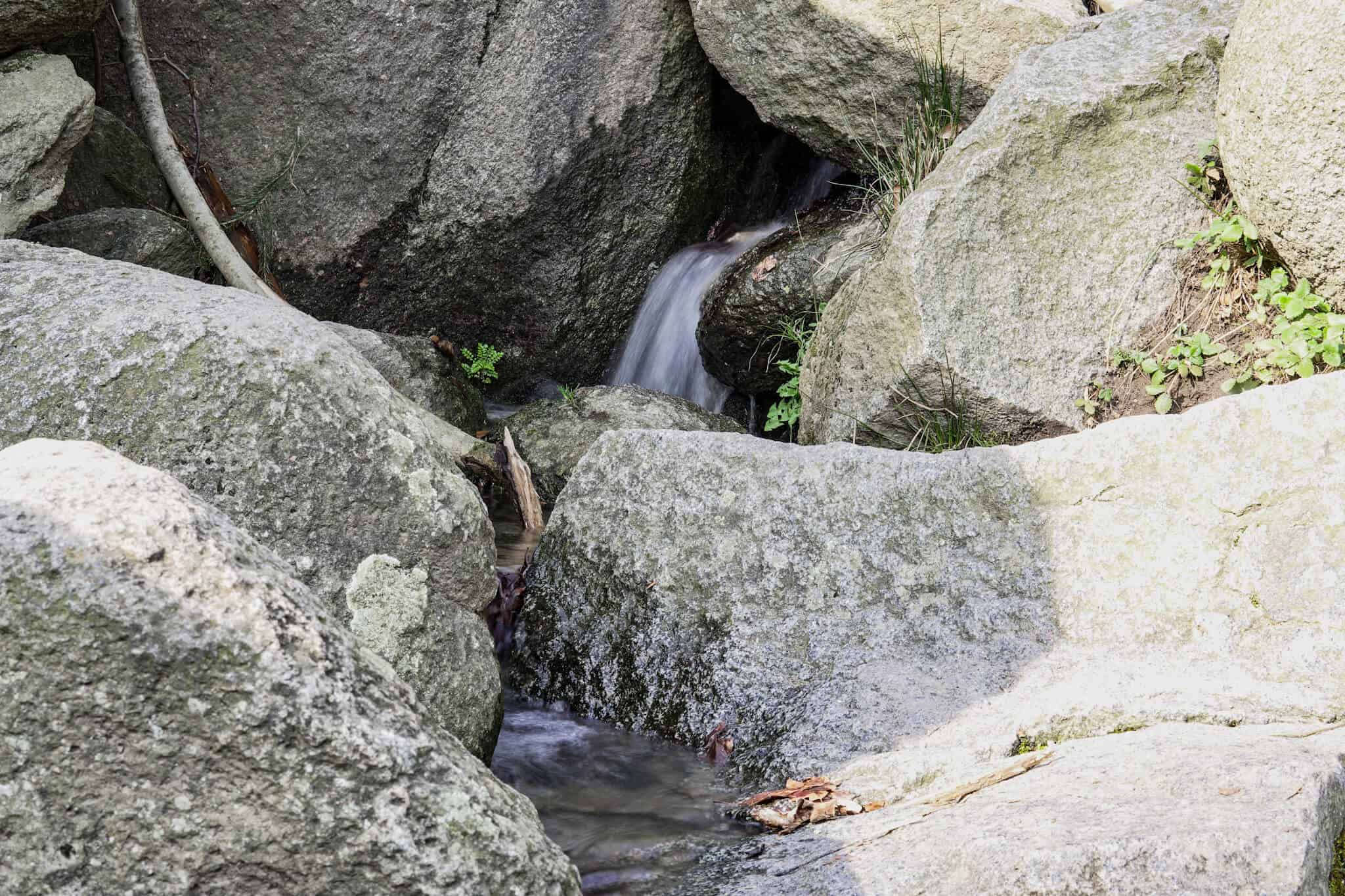 For the last part after the bridge, I choose the path. This is, by the way, part of the 130-kilometer-long Nibelungensteig – a long-distance hike and main hiking trail of the Odenwaldklub. 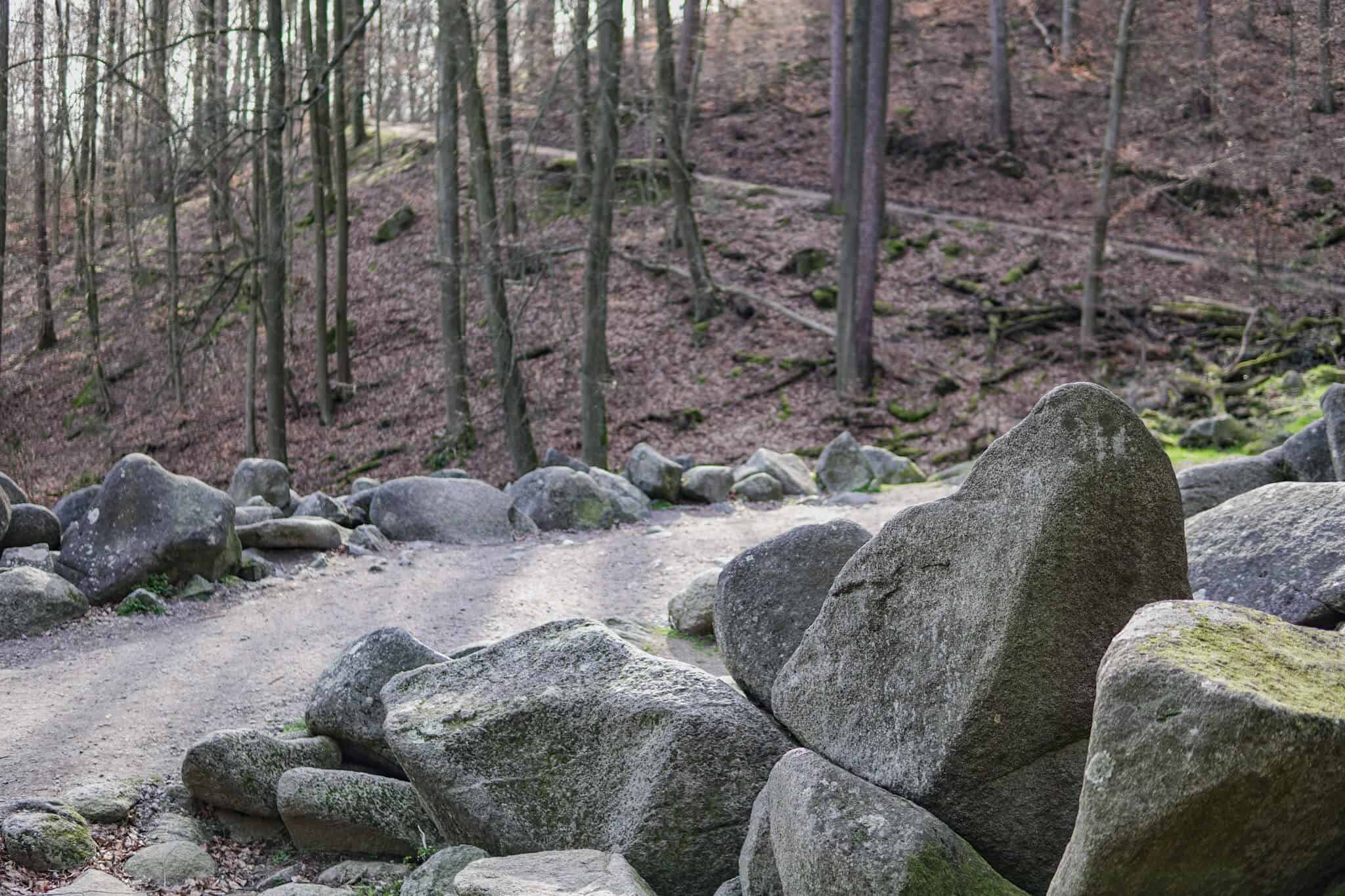 Once you have arrived, you can find out all kinds of information about the history and formation of the Felsenmeer Informationszentrum, if you want to read more about this topic. However, you should check if it is open, as it is currently closed due to Corona. I was there the week before the social distancing started and was able to explore it before the lockdown.

The Felsenmeer is a cool place to visit and not only children have fun here. My legs were really burning the next day, so you not only have a great photo spot with lots of sagas and stories, but the hike is also a workout for your legs.

I give two thumbs up for the Felsenmeer in the Odenwald!

HIKING IN THE ODENWALD