Ronda was my last stop through den south of Spain and Europe. After a weekend in Cádiz and Sevilla, Ronda was on my way back to Málaga, from where I flew out – back to Germany.

I heard about this place while I was testing beaches last year. Unfortunately I didn’t have time to go there, so Ronda was really high on my wish list.

After a two hours drive and a short stop at Finca Vegana, where some blogger friends and colleagues have been working and living for the whole summer, I arrived in the early afternoon to Ronda. I knew where I wanted to go: to a view point to see the Puente Nuevo! The bridge from the 17th Century is one of three bridges leading over the canyon called El Tajo. It’s 120 meters high and connects the Old Town with the newer part of the city Mercadillo.

Searching for this view point I arrived to a place a bit outside of the city. It seemed completely abandoned. In around 100 meters distance I saw a ruin between the trees.

As if the ruin was calling me, I left the car and got closer to the old building. 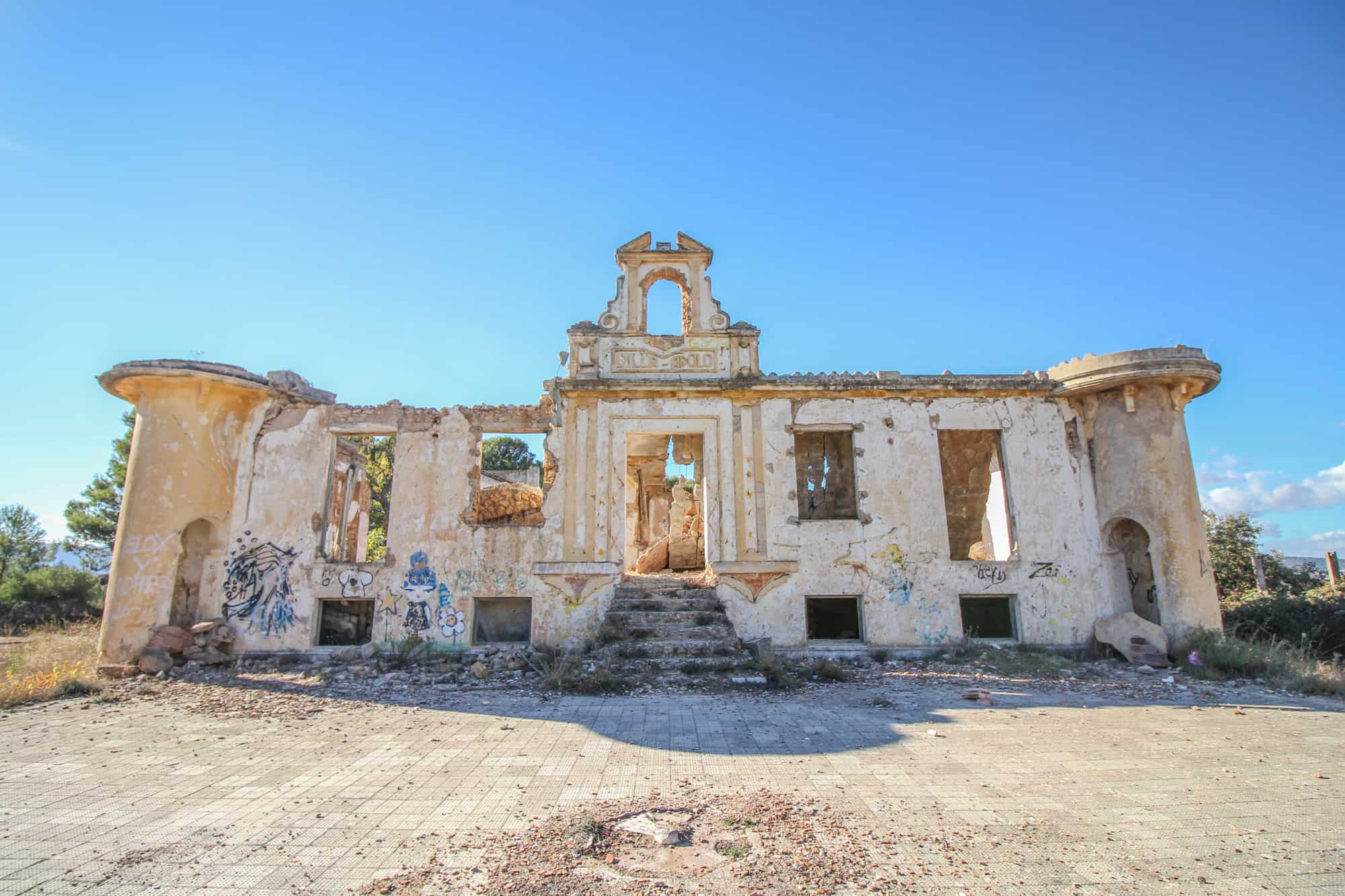 The sun was shining, but it was still bitter cold with only 10 degrees Celsius that felt icy after my month in late summer temperatures in Tarifa. Still… I wanted to take some photos of this beautiful place. 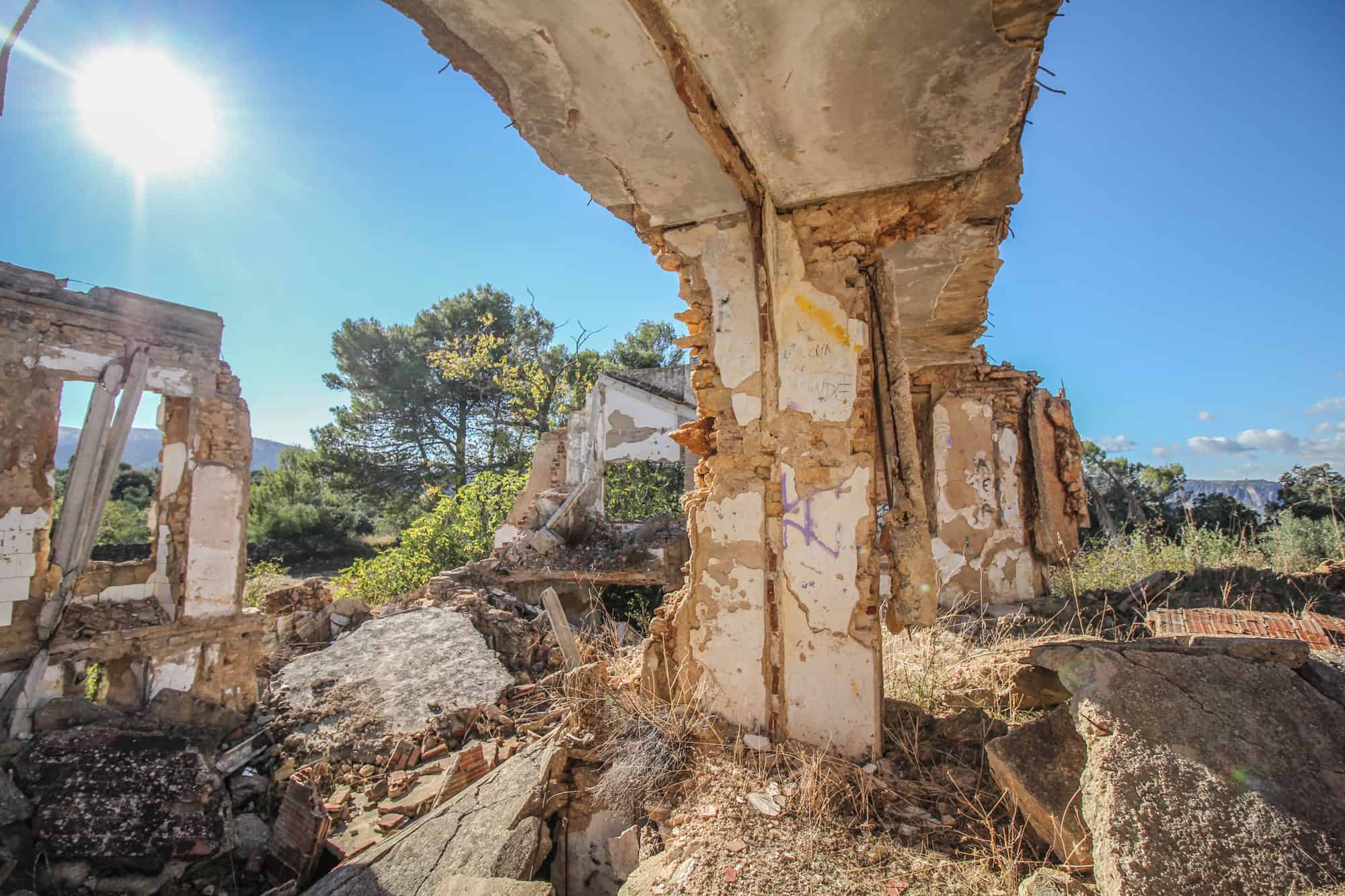 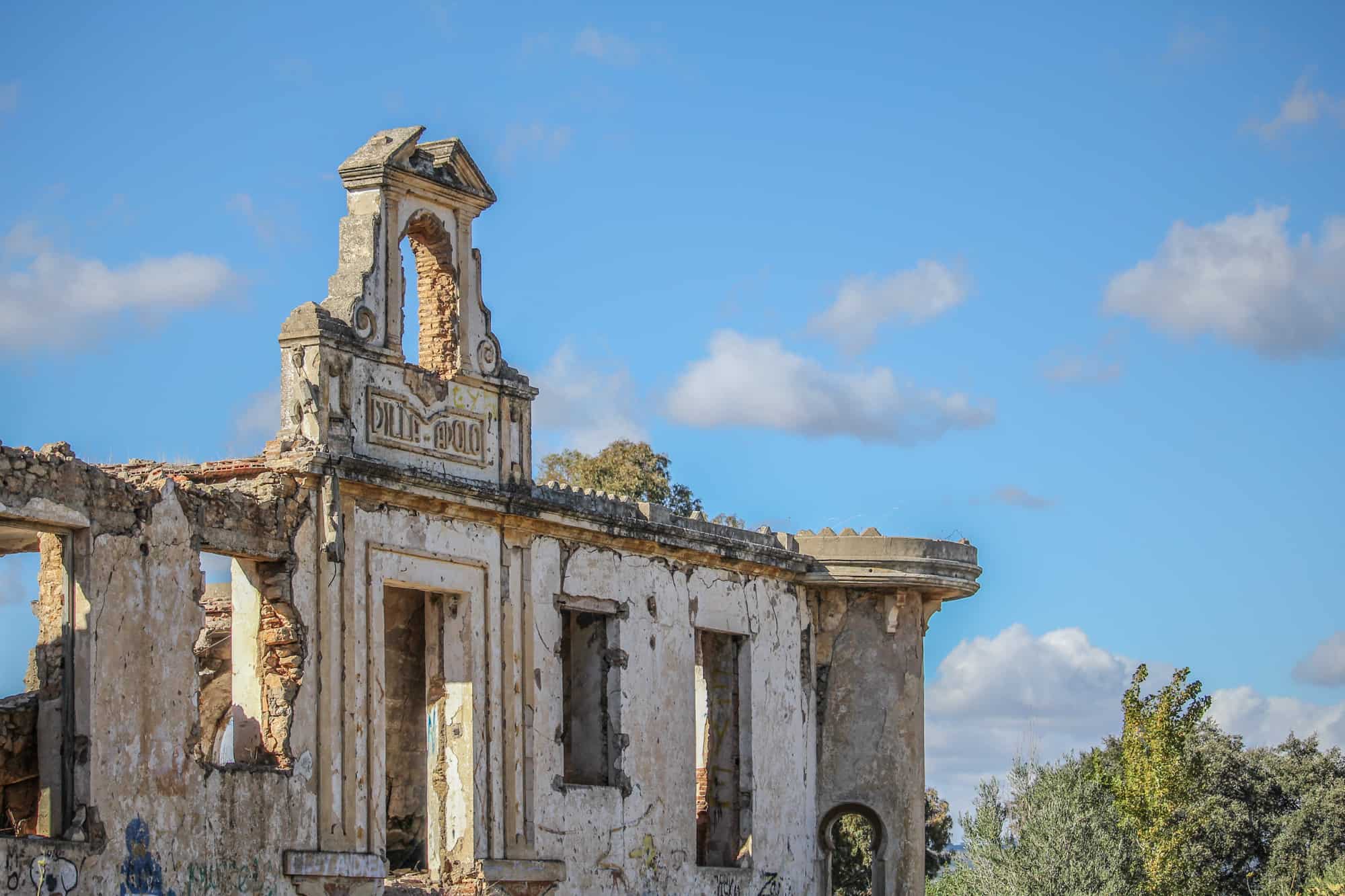 When I turned around I couldn’t help but scream of joy. There it was: the famous bridge that I was searching for. But it was far away. 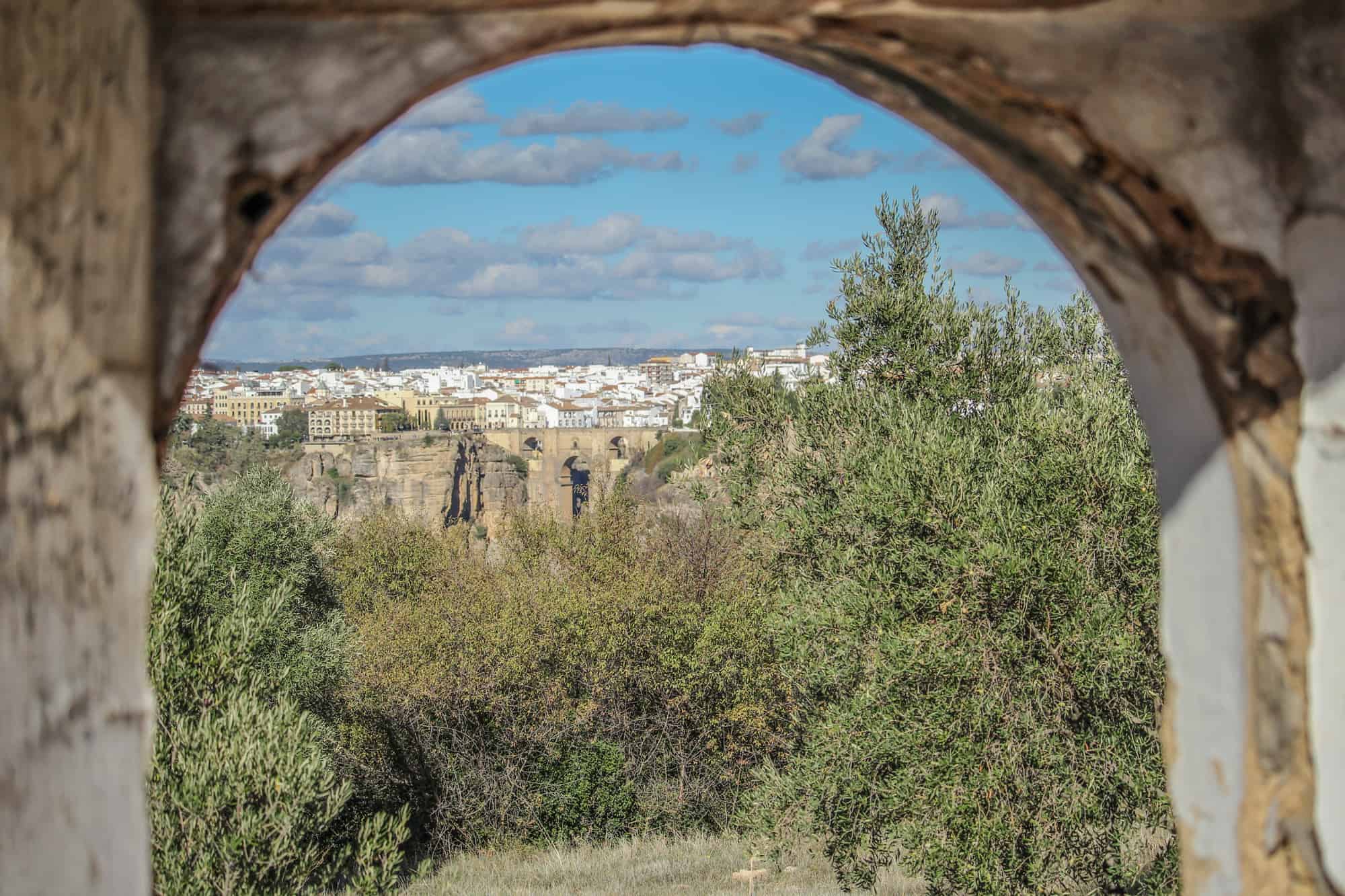 When I came home I did some research to find out about the story of the place:

The ruin is called Villa Apolo and there are many legends about it. one of them is the following:

Back in the days there was a family living there. One day they found the dead body of their 8-years-old daughter in a pool of blood. She was murdered. Since then people say this place is jinxed and claim to have seen the girl as a ghost moaning and crying.

Well… I don’t really believe in paranormal activities. Still I think it’s good that I didn’t know that story when I was wandering around there.

So I went back to the city to search for the best view point. 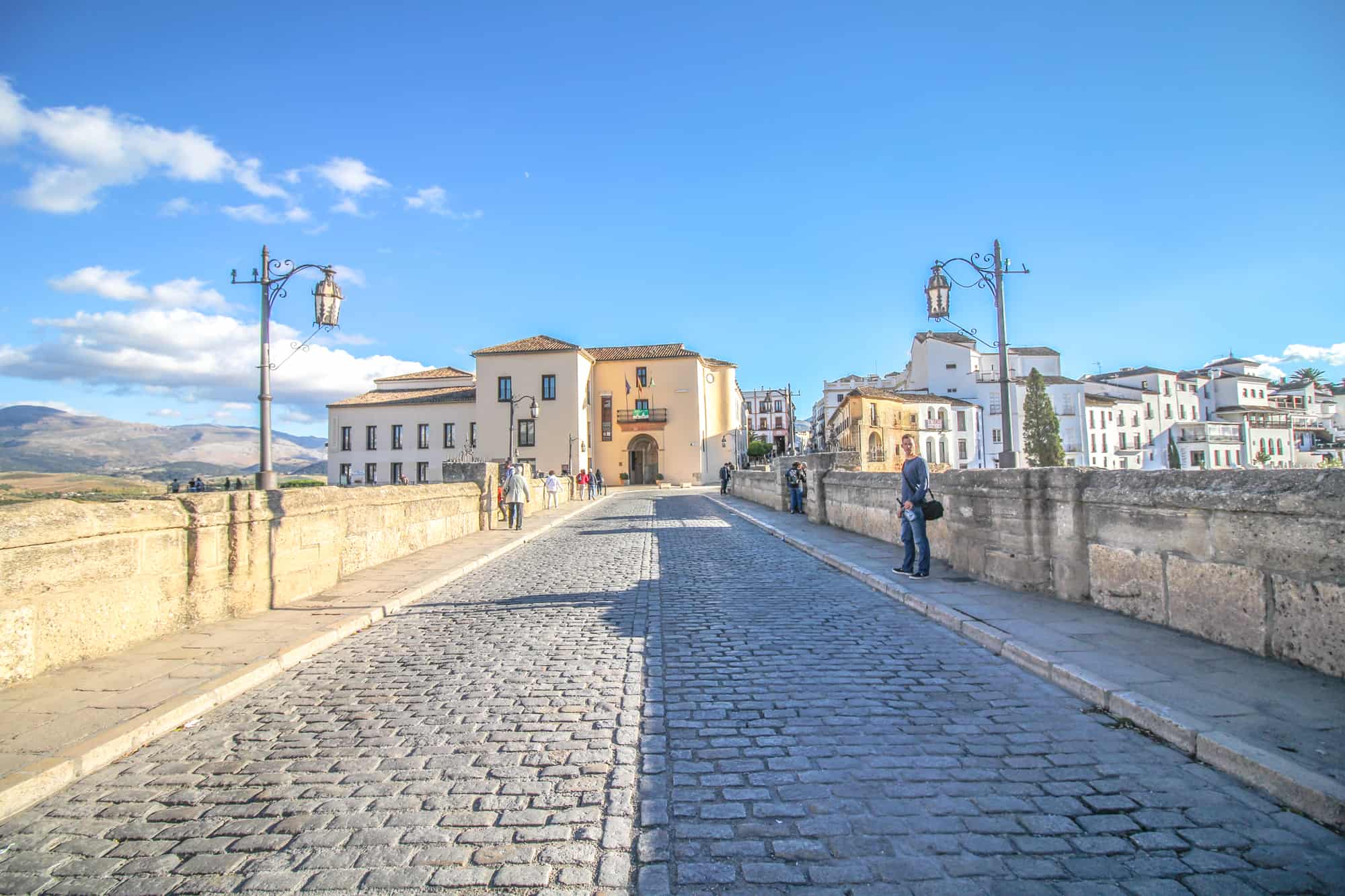 You can see the spot where everybody goes to take photos when you are on the bridge facing the valley.

You can estimate more or less where the entrance must be and make your way through the narrow streets of Ronda. It’s a three minutes walk. Unfortunately there are no signs at all. 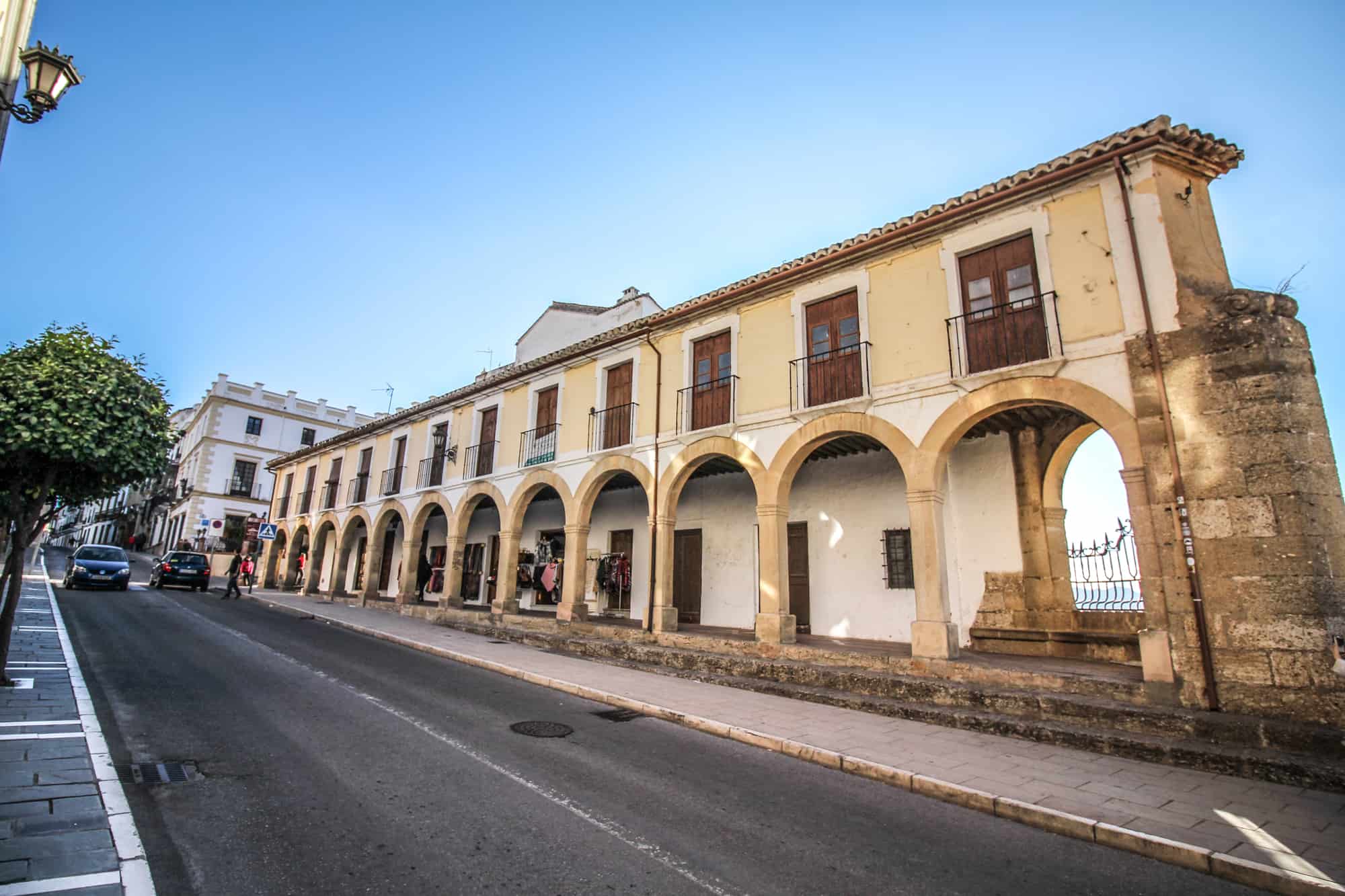 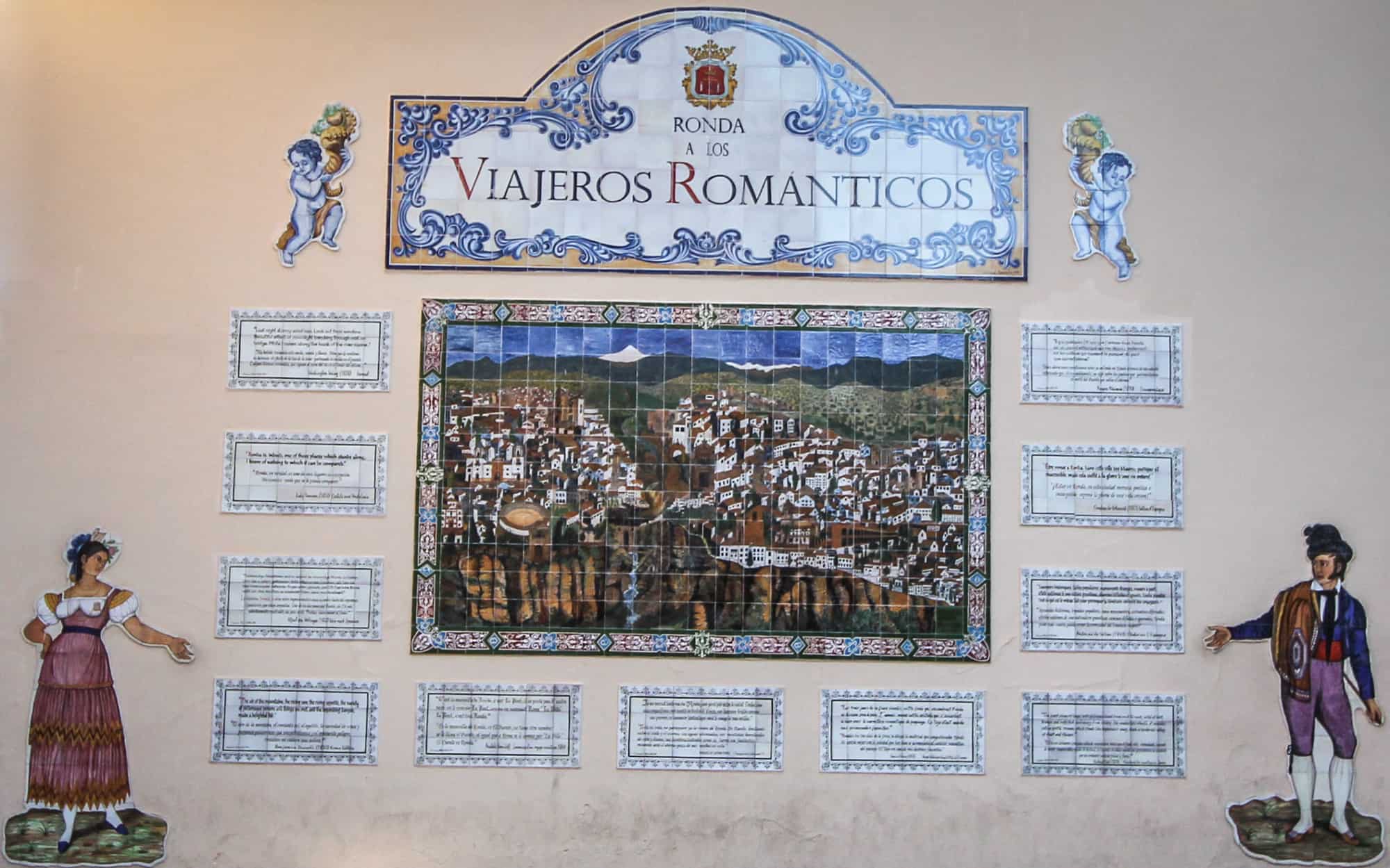 When you arrive to the entrance you go down a kind of stair with very long, flat steps. The last part is all natural – not touched by men.

From there you have a breathtaking view. 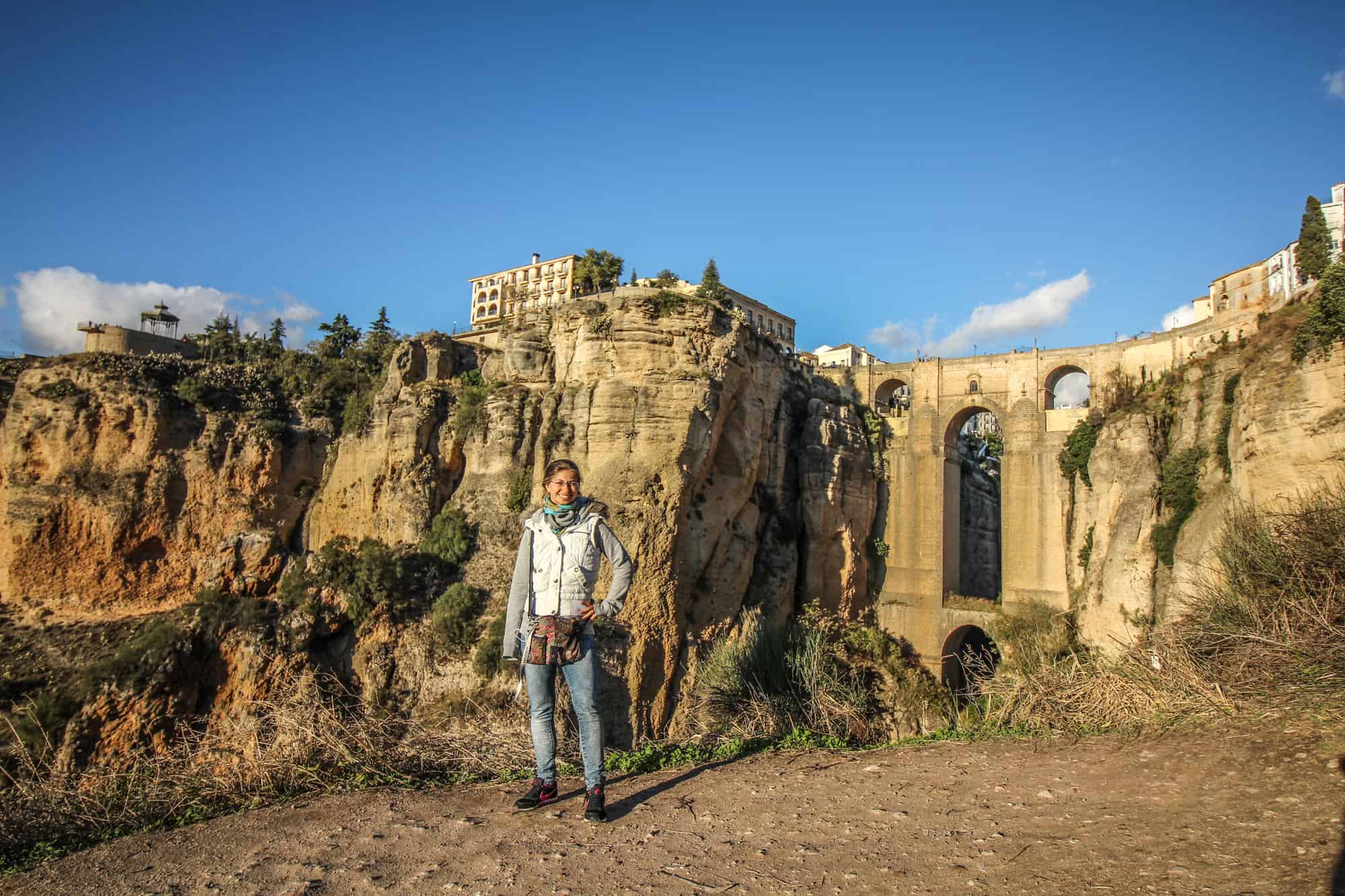 That’s why I used the moment to do another live vlog on Periscope. Check it out:

To end with, I would like to tell you what happened on my way to the view point. When I was walking through the streets to take photos, I passed an open door. There were people standing next to it and it seemed to me like a hotel entrance or something like that. Behind the door there was a small terrace with a breathtaking view. 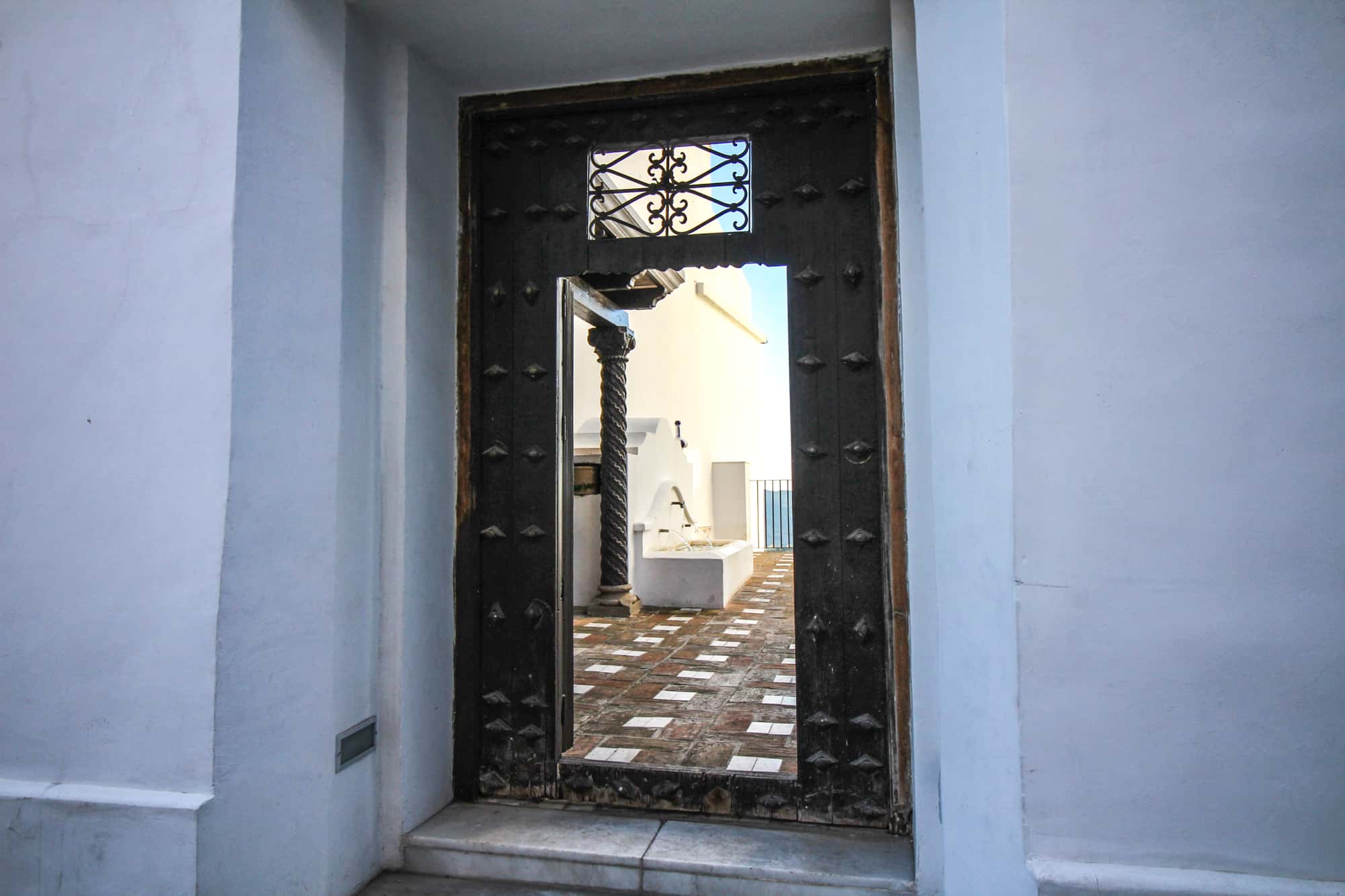 „What can happen?“, I asked myself and slipped in.

I just went like 4 steps when I heard the old man of the group saying: „Sorry, young lady, but this is my home!“

A bit bashful, but hoping to get the permission to take some photos I humbly apologized in my best Spanish telling him that I simply wasn’t able resist when I saw the beautiful view from his terrace.

„Oh, you speak Spanish?!“, the man said amused and seemed some how impressed, then he added: „Come in, be my guest and have some whine with me!“

Well… That’s one of my typical travel stories that definitely needs to be part of my next book.

He asked me to come in and try one of his whines: 100% ecological and biological.

Although I don’t even drink alcohol I couldn’t get out of this anymore. And… surprise: I liked the whine!

Then he started telling me that he is actually a poet and that he likes to make his poems live in his whines as well. Afterwards he read some of his poems in his impressive halls – about love, about being and about freedom.

In the end he asked me where I live. When I answered, „nowhere and everywhere – I’m a nomad“, he was delighted and said: „That’s why you understand me! That’s why you get my poems: You live the freedom, that I try to express in my poems.”

Ronda will always be in my memory as a beautiful place with beautiful people like my nameless friend, the poet, who made my smile more than once in such a short time.

Did you make a special experience in Ronda, as well? Hit the button and write a comment!