Nablus and Jenin – My First Trip Ever to the Westbank

One of the tours that I did when I was in Israel the last time was to Nablus and Jenin.

When I went to Jerusalem for the TBEX, I knew: This time, I want to go to the Westbank, I want to see Palestine. It’s called Westbank since it’s on the western banks of the river Jordan.

First though, I want to underline that I never studied politics and I don’t want to take side for Israel or Palestine. I’m a simple traveler who wants to get to know people, countries, and cultures.

The Nablus and Jenin Tour

I booked two day trips to Palestine with Abraham Tours: The tour to Nablus and Jenin and the Best of Westbank Tour. In this blog post I want to talk about the places, we visited on the Nablus and Jenin tour – two cities, I had never heard of before! But somebody recommended the Nablus und Jenin Tour to me, so I booked my first trip to Palestine.

We got picked up by a taxi – which was strange – and got told that we would meet our tour guide behind the border – which was even stranger. After about 20 minutes, we stopped at the side of the street. “We need to wait for the guide now”, said the taxi driver. I didn’t understand: Had we crossed the border? When? Did I fall asleep?

Five minutes later, a black van stopped next to us and we got told to change cars. A guy came closer and introduced himself as Ashraf, our tour guide.

Ashraf explained to us that as a Palestinian he is not allowed to cross the border to Israel. This is why we had to come to Palestine, get dropped off by the Israeli taxi driver (who has a permission to drive into Palestine) and get picked up again by him.

“We are in Palestine? Since when?”, I asked.

“Yes, didn’t you see the checkpoint?”, asked Ashraf. I was confused because obviously there have been no controls.

We drove a little while until we reached our destination. I realized on our way: The fields were green and just beautiful. Somehow I had expected a “dead” country – no flourishing trees and green meadows.

When we arrived to Kiryat Luza at Mount Gerizim, Nablus was in the clouds below us. The town is home to the last Samaritans: More or less 700 of them are left and around 90 percent are living here.

Then we drove down to the city of Nablus – it’s dated back to the Roman settlement Flavia Neapolis – where we got to see the three main attractions:

Jacob’s Well is the place where Jesus has met the Samaritan woman on his way from Jerusalem to the Galilee having a theological dialogue. Around the well they built a greek orthodox church. 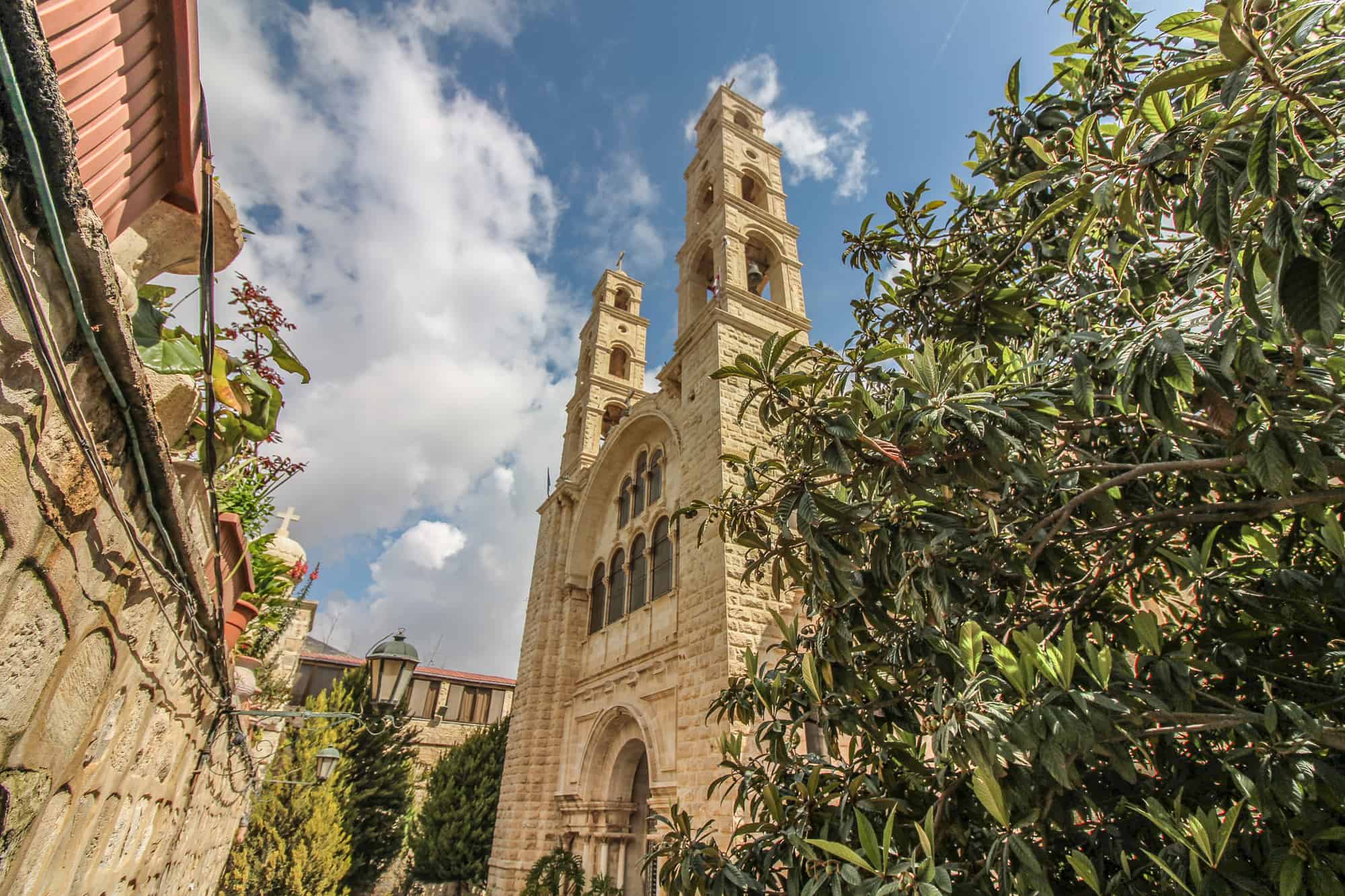 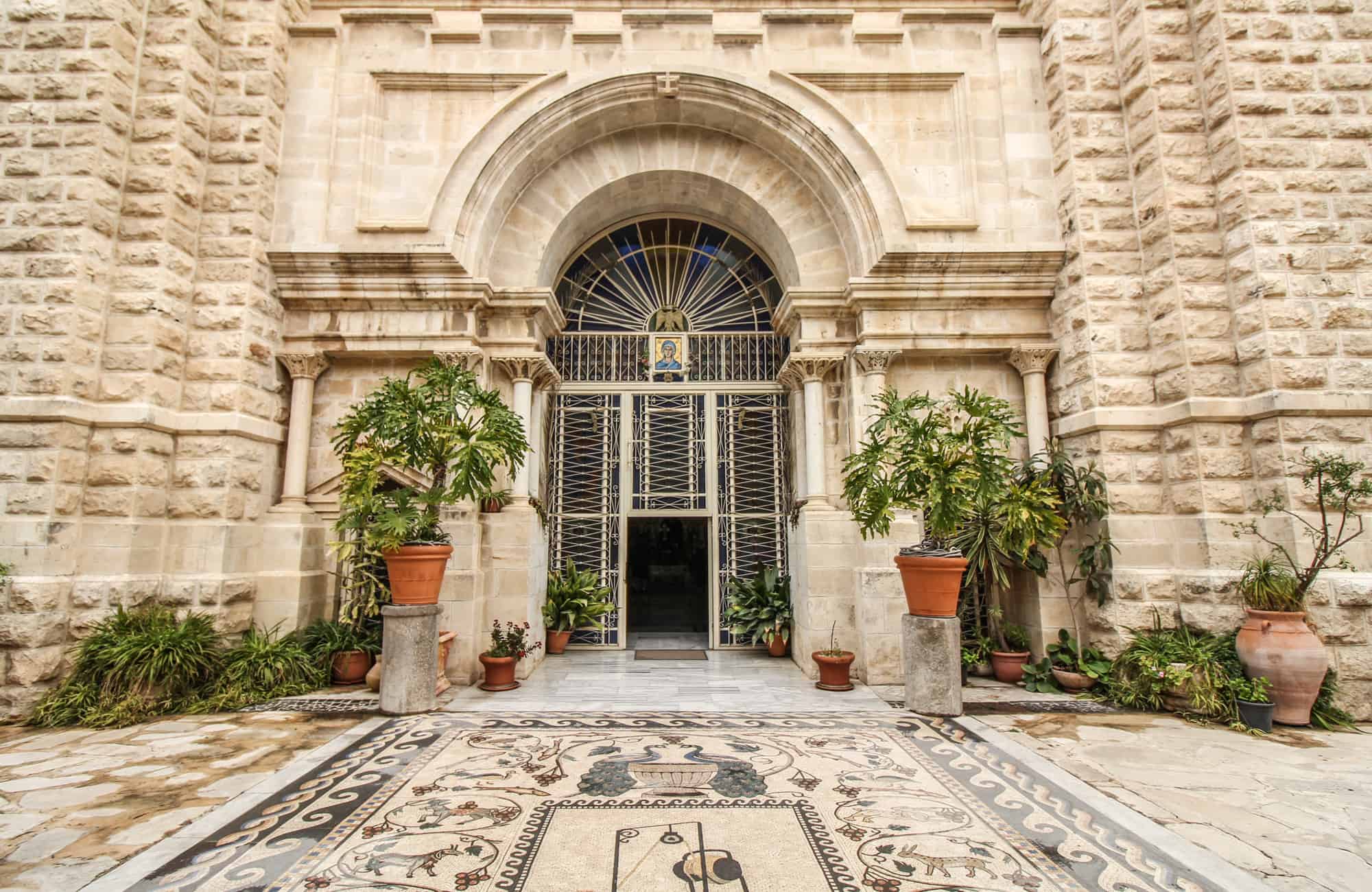 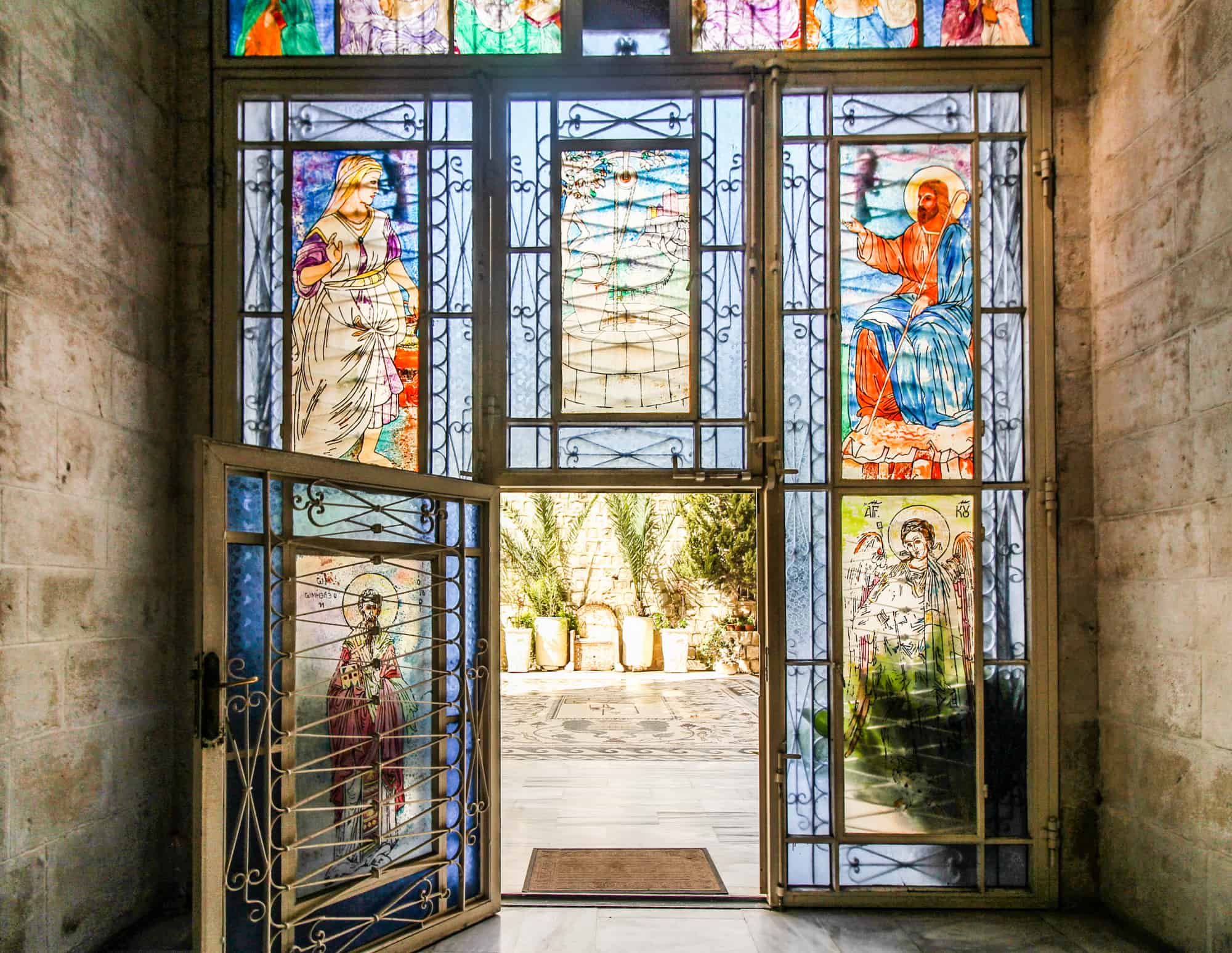 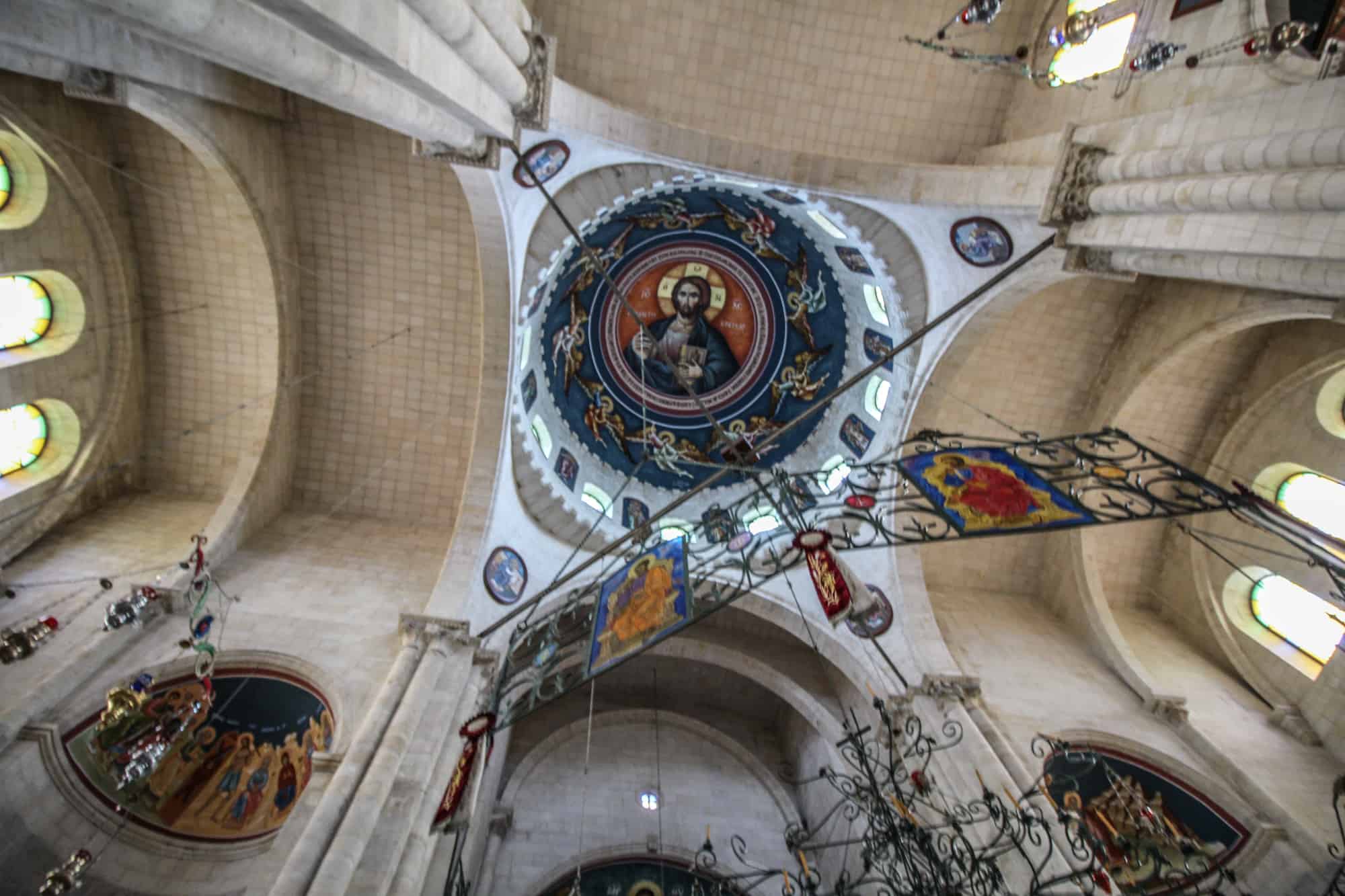 To see the well, just go down the stairs into the crypt. Next to the well is a priest sitting: Abuna Ioustinos. 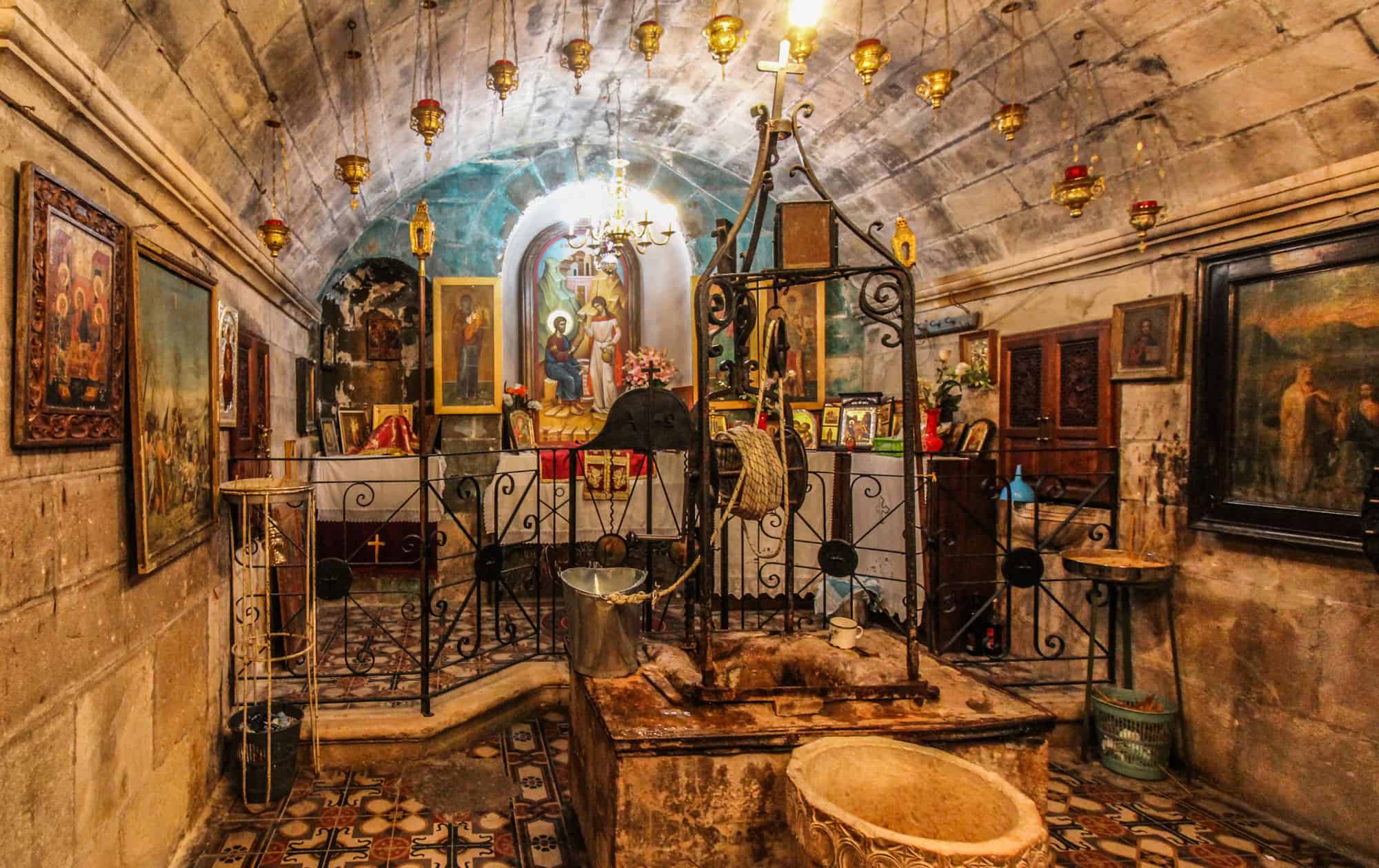 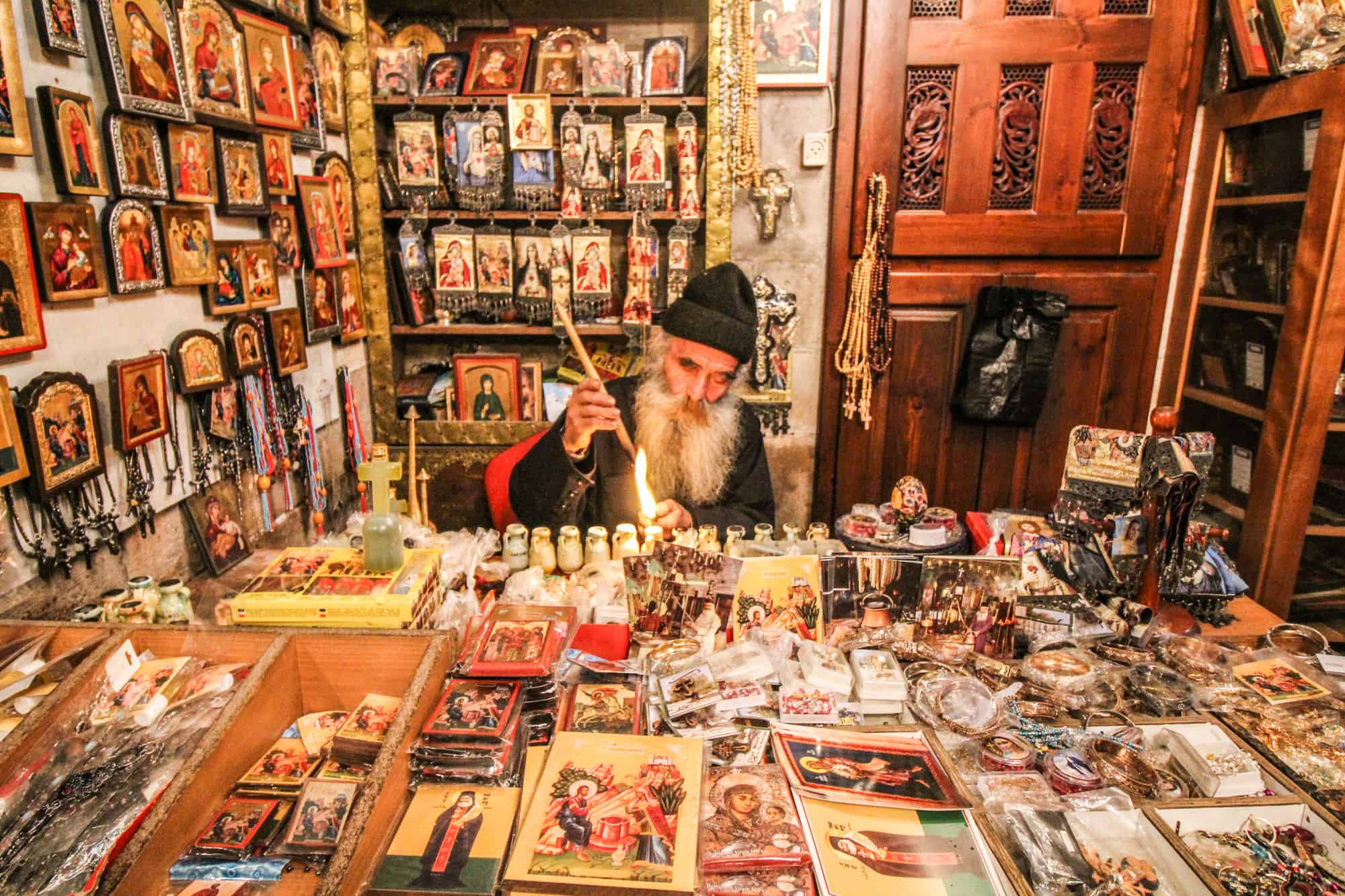 The Archeological Site of Balata

The archeological site of Balata is not far from Jacob’s well. It’s a UNESCO World Heritage Site and parts of it get dated back to 4000BC! Unfortunately, there is not a lot left to admire. It’s still impressive: 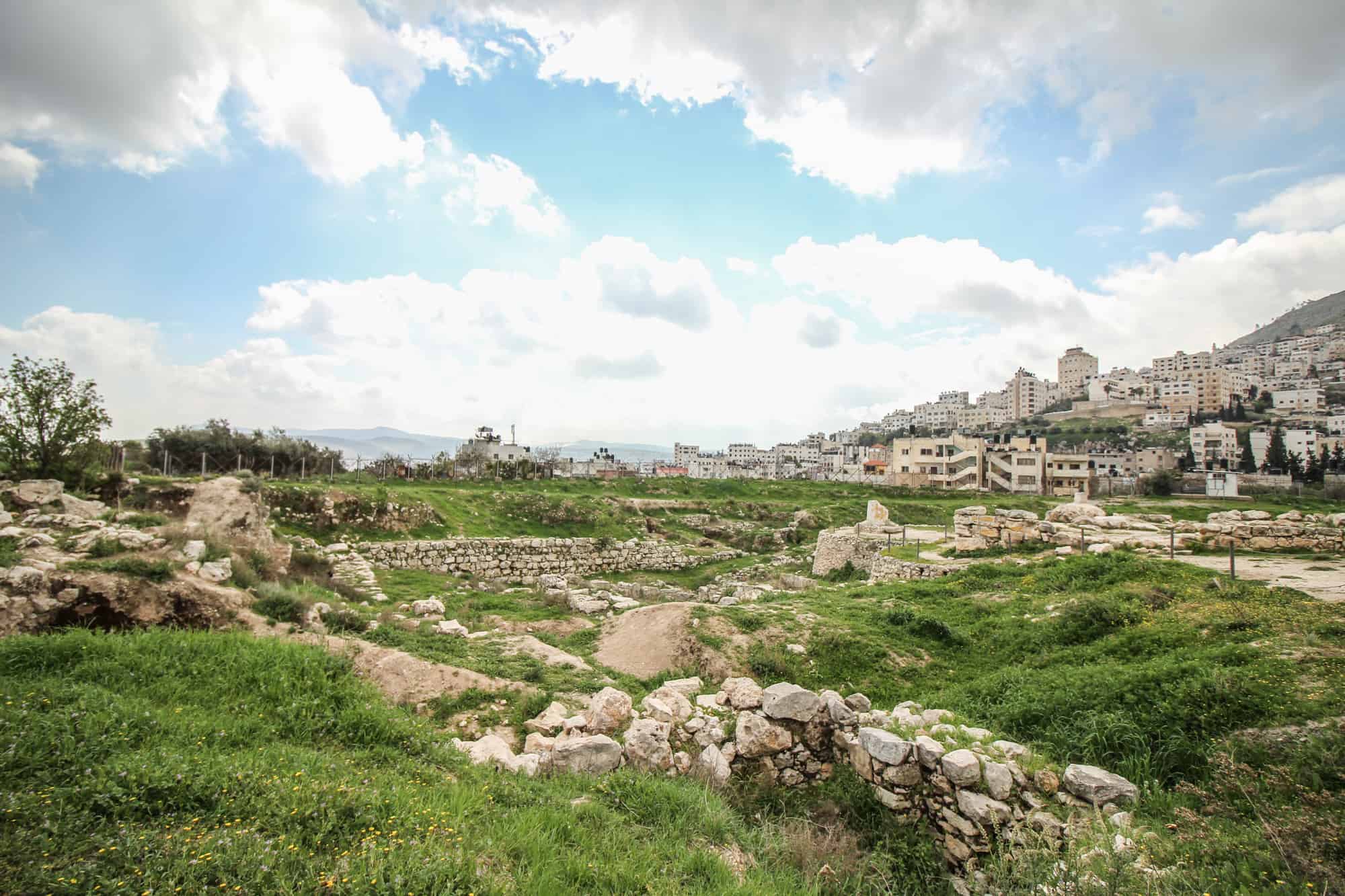 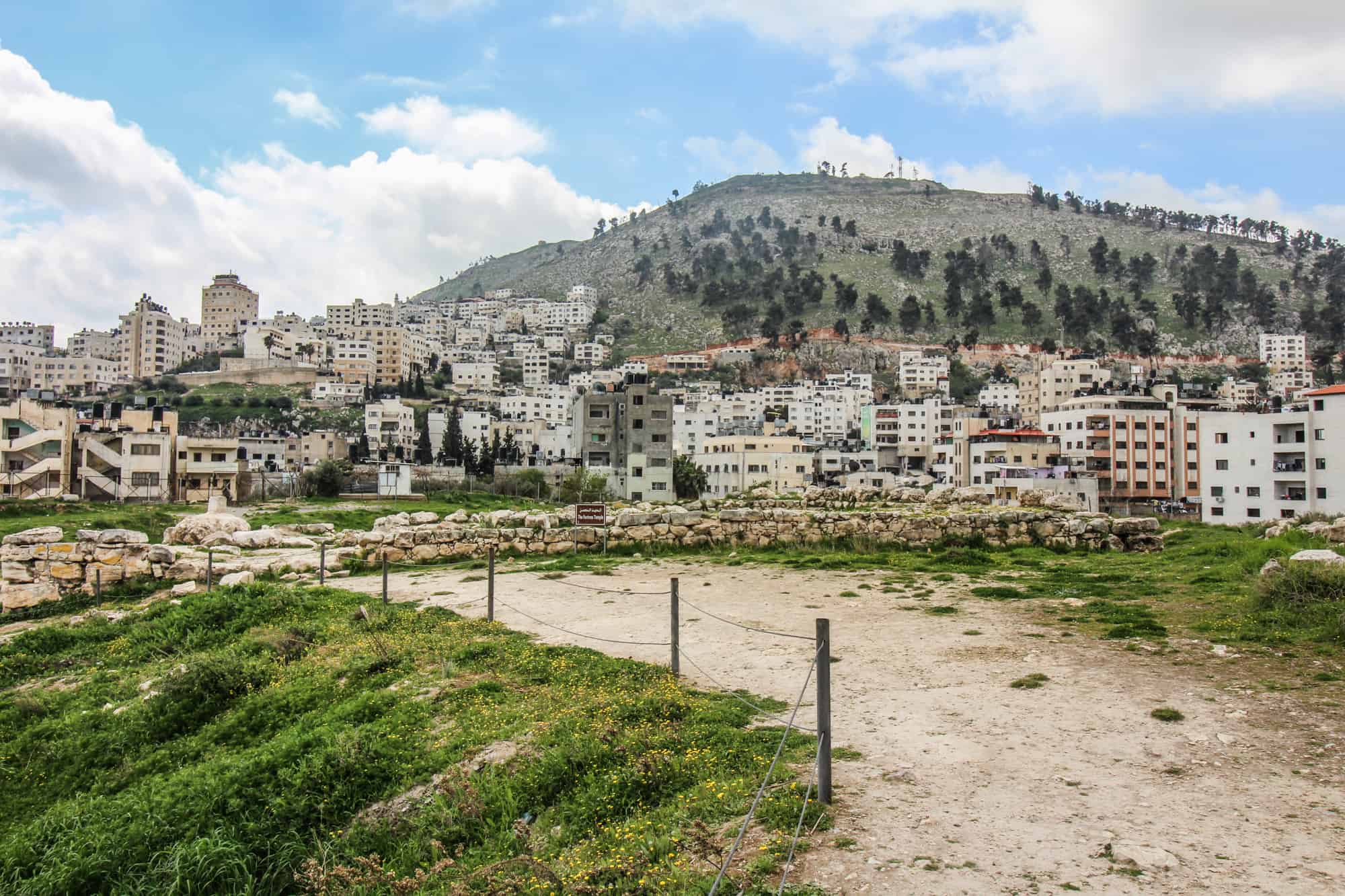 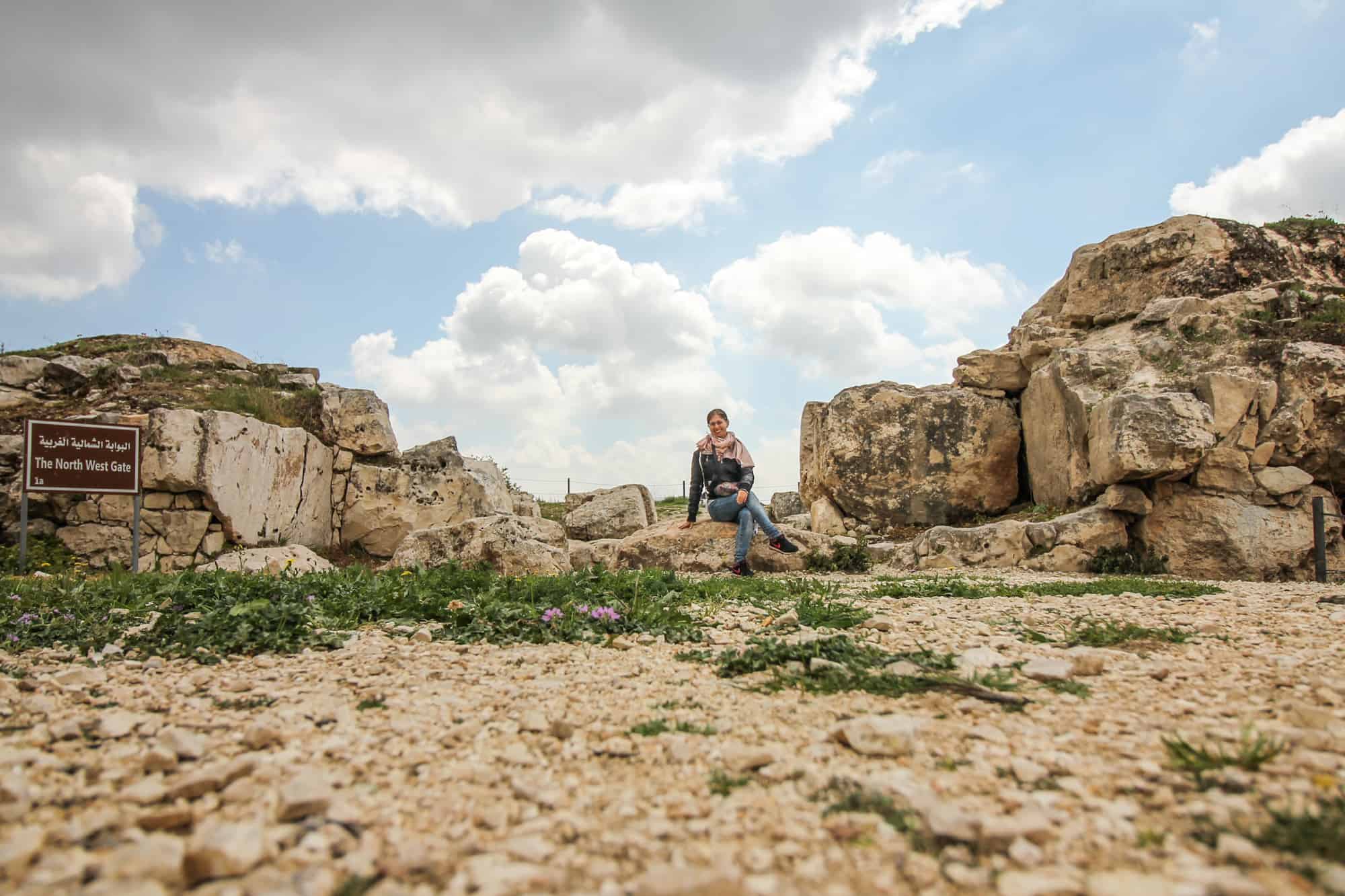 Next up was the Souq. They had delicacies from around the oriental world, fruits and spices. The smell was fantastic mix of all this. 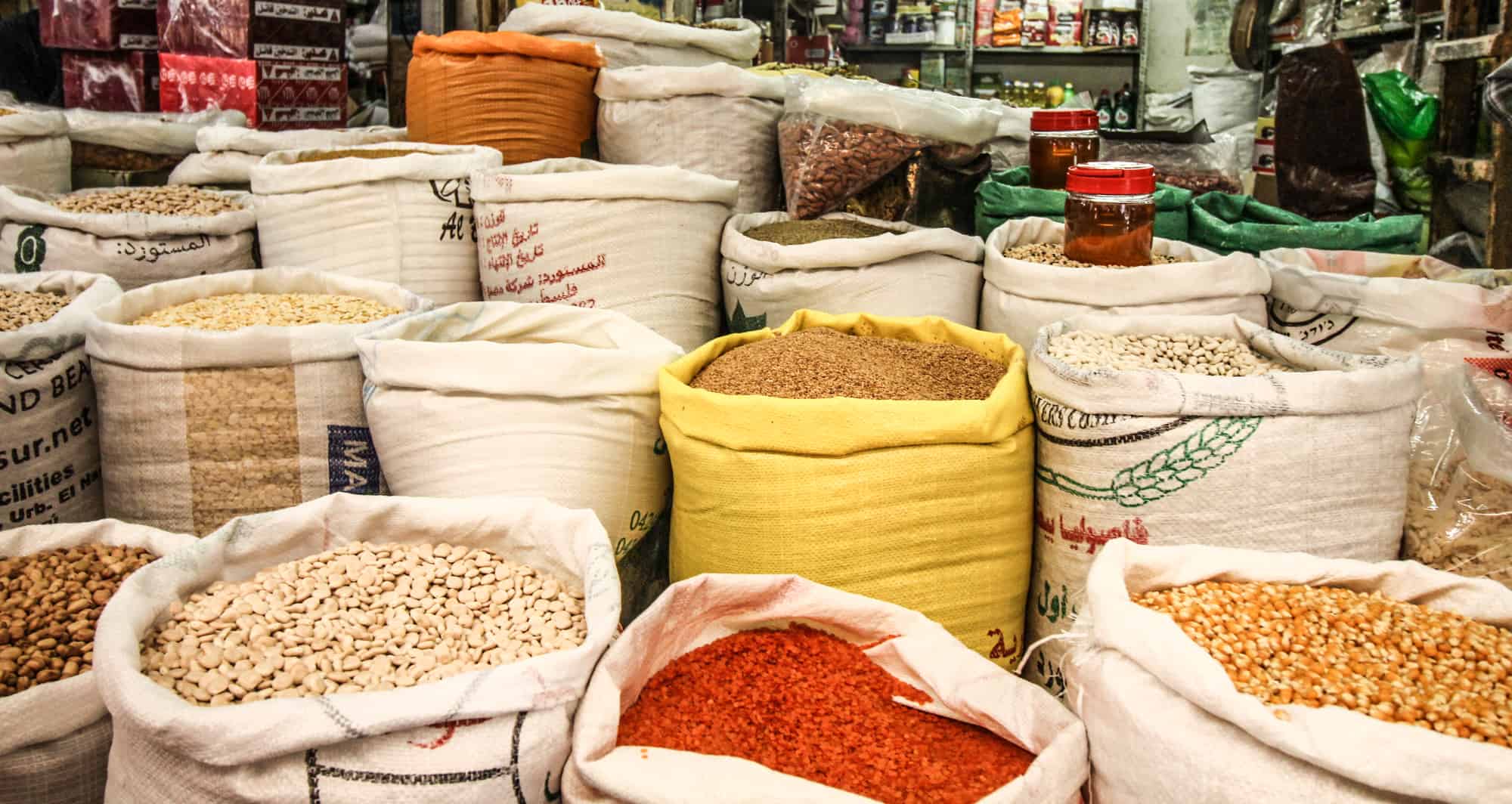 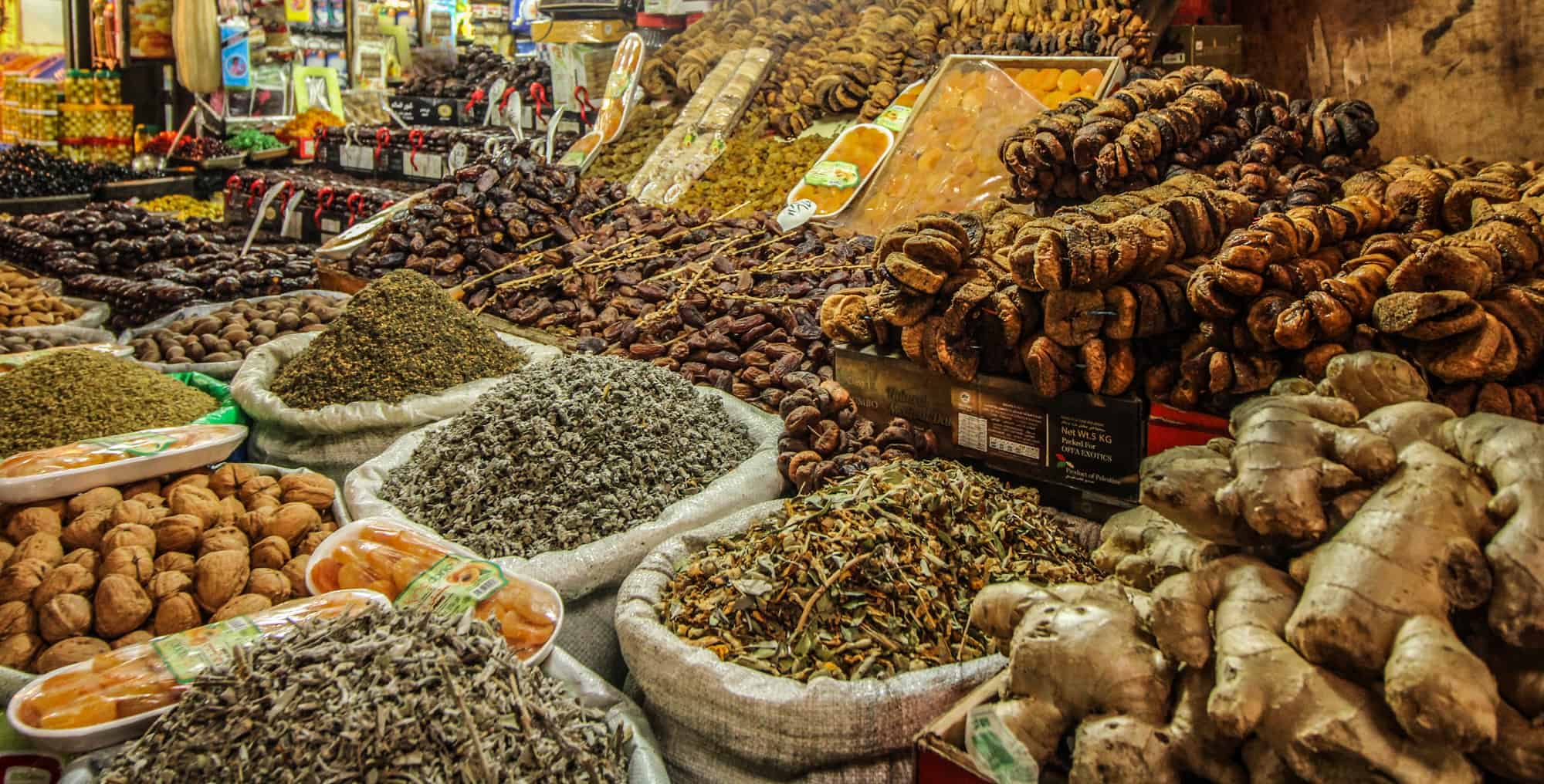 The highlight was a mosque though, which I would probably not have seen if I had had to make my way through the market alone. From the outside it was almost invisible – from the inside pretty impressive. 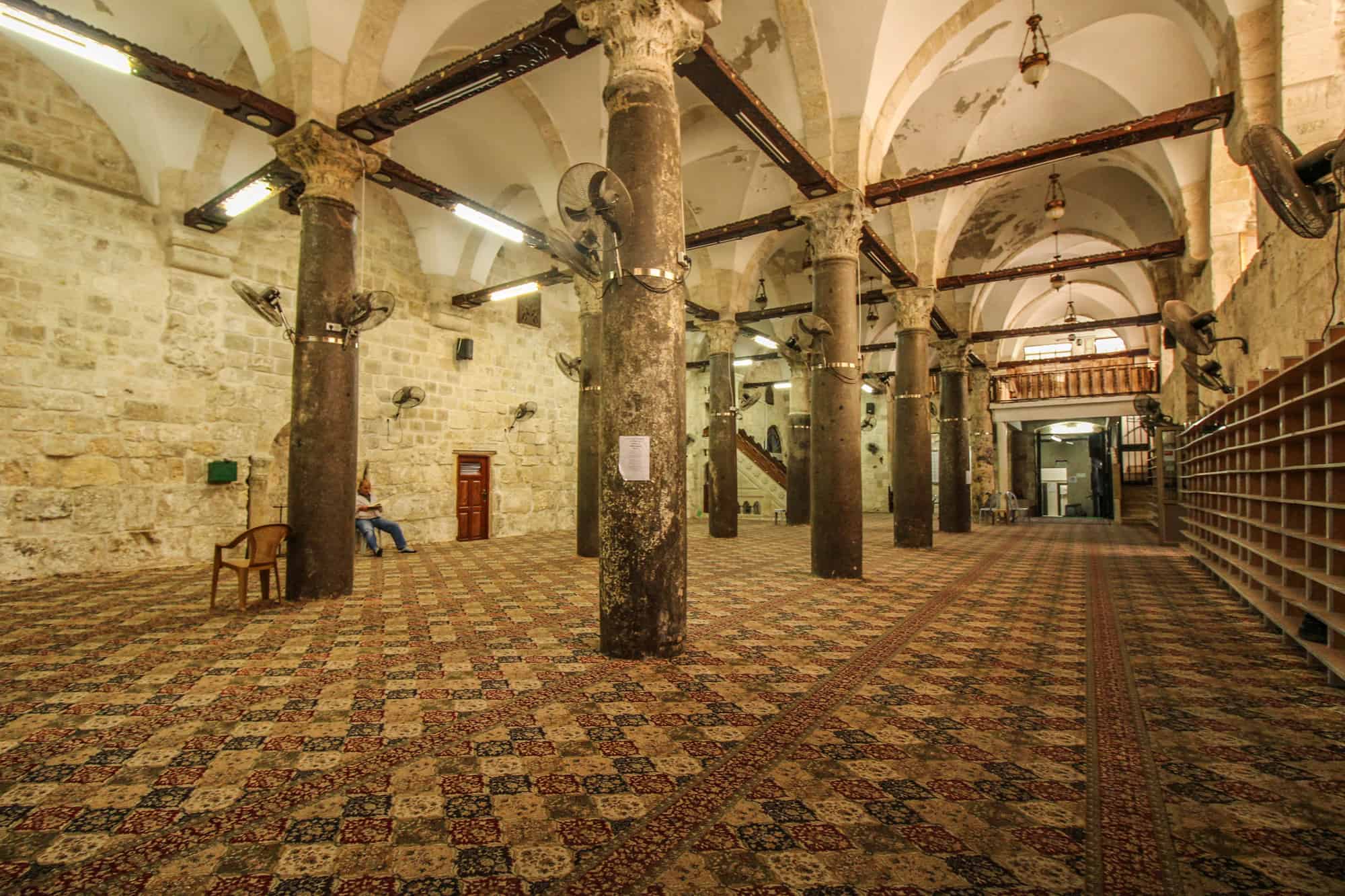 I just wanted to do a quick photo, when the others already moved on. A guy showed me with his gestures that I should take off my shoes. I wasn’t standing on the carpet, but I didn’t want to seem disrespectful. So I did was I was told. Then he made another gesture that meant “Follow me!”, turned around and was already gone. I had to hurry to follow him, but I still turned around to see if I could tell somebody of my group to wait for me. I couldn’t see anybody.

Hoping that they would come back to get me, I followed him. I reached him trying to explain that I have to go back to my group, but he just smiled and moved on. We had turned around two corners when he suddenly stopped and switched on the light in this small room without a door. It looked more like cave than a room. I took some photos and said filled with awe “Shukran, shukran, but I really need to go back”, and I was happy that I could at least thank him in Arabic. 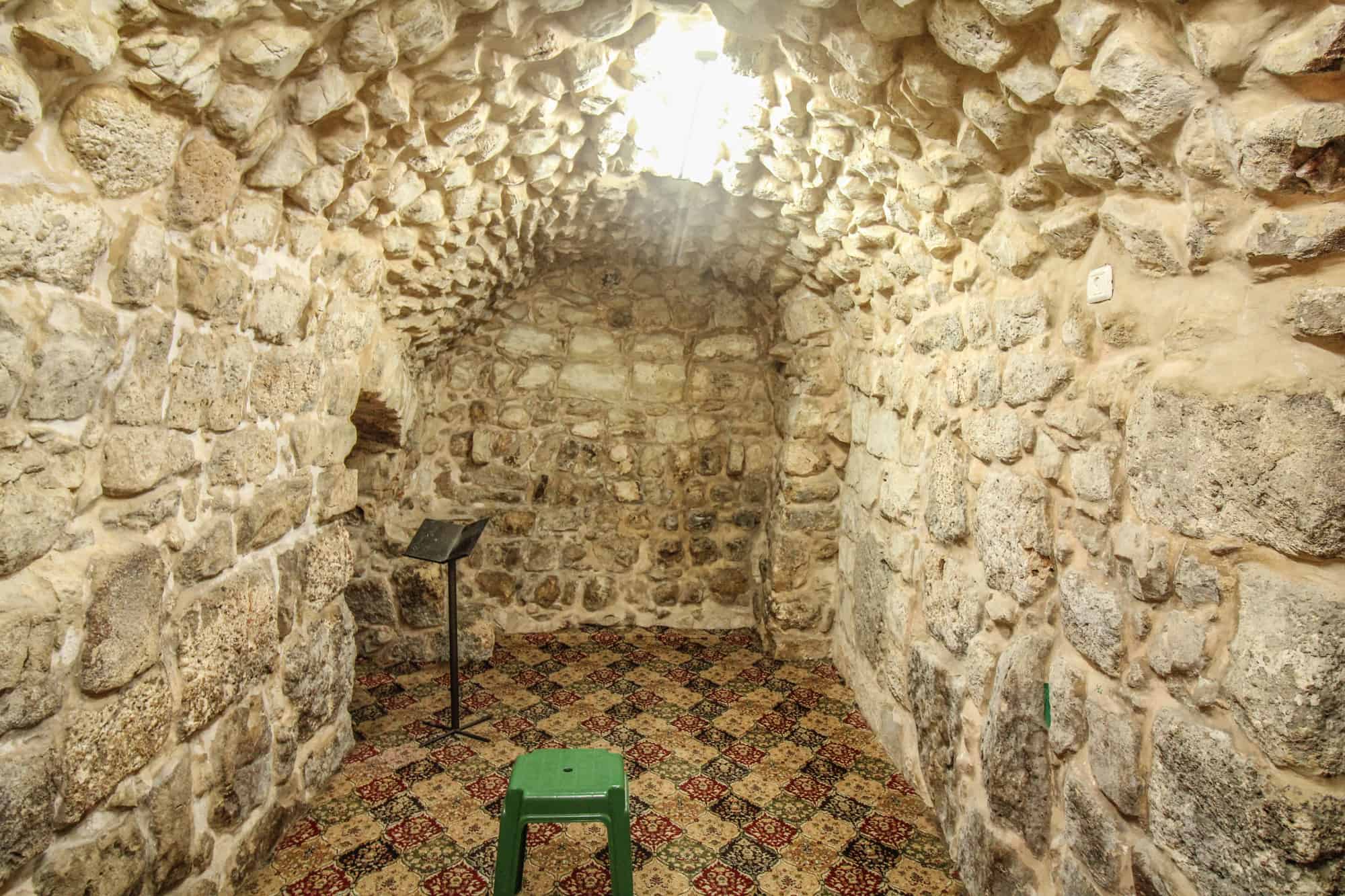 The guide was already waiting for me at the entrance of the mosque. I apologized and told him that I didn’t want to be disrespectful. Him understood me and explained that the man enjoys to show tourists the prayer room. Nablus is not a tourist hub, so people are still extremely happy and thankful if people come and want to learn about their culture. I looked back a last time, nodded at the man, smiling, and said another “shukran”. 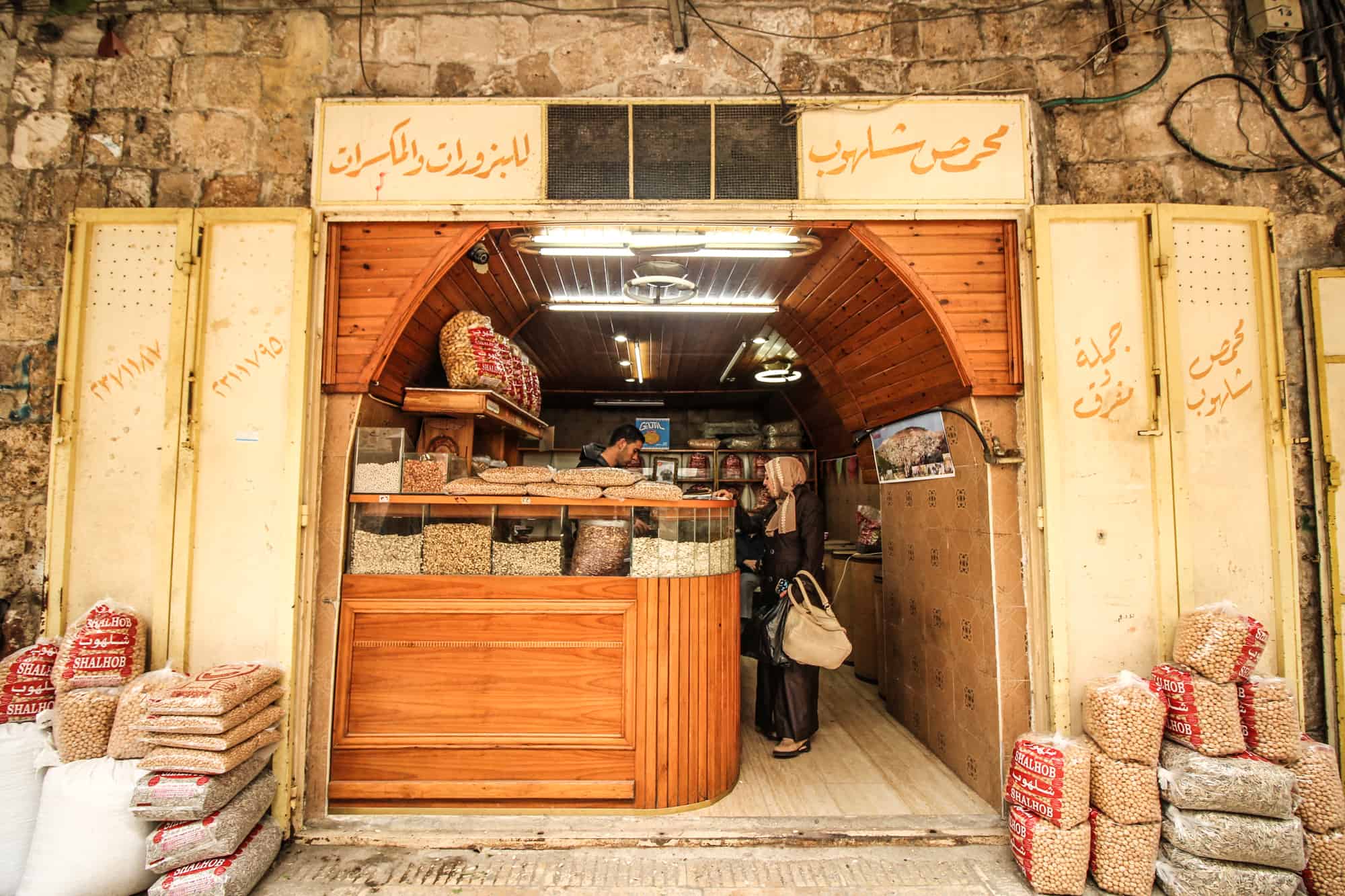 We continued making our way through the market – one of the biggest I’ve ever been to. 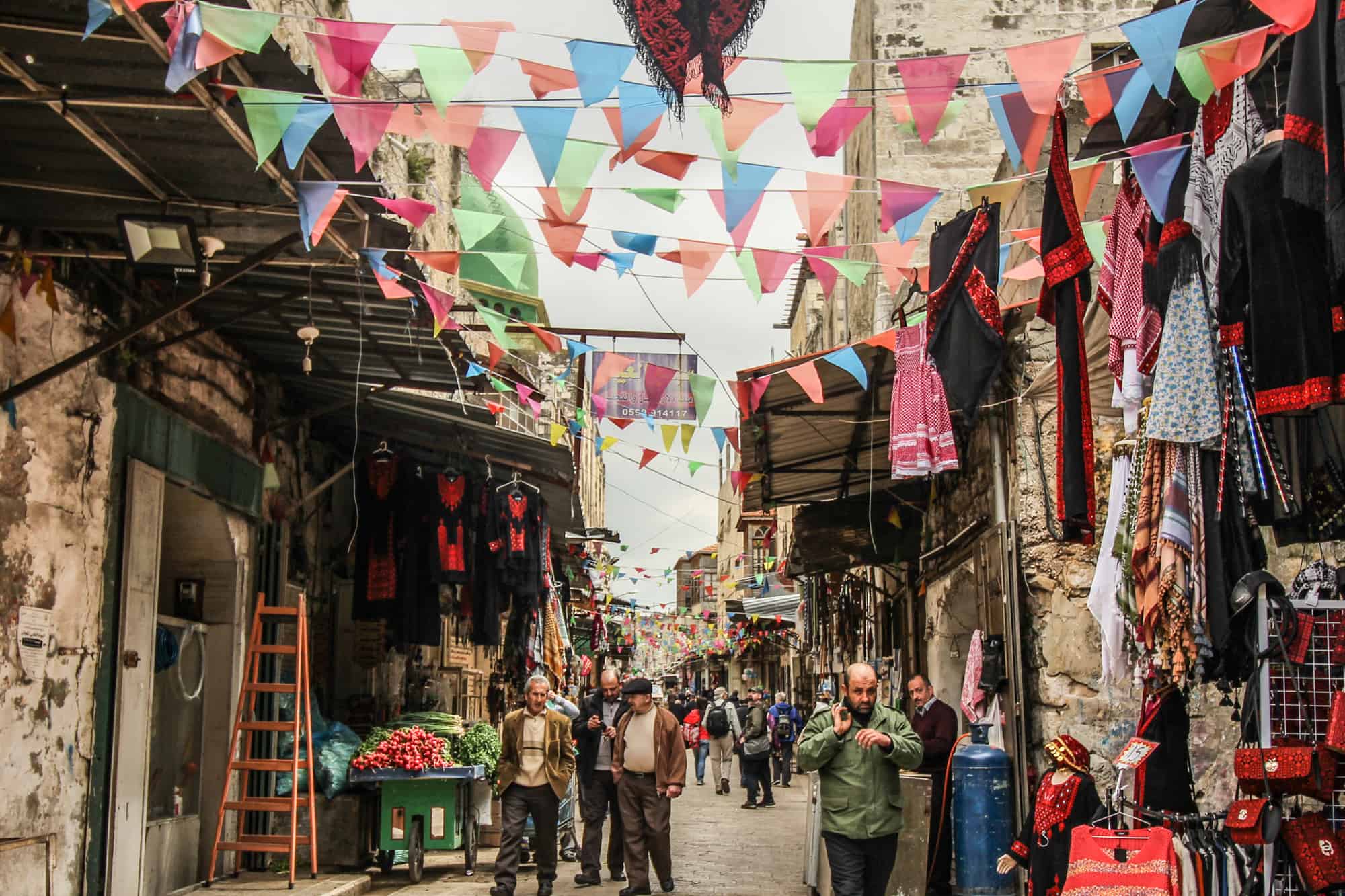 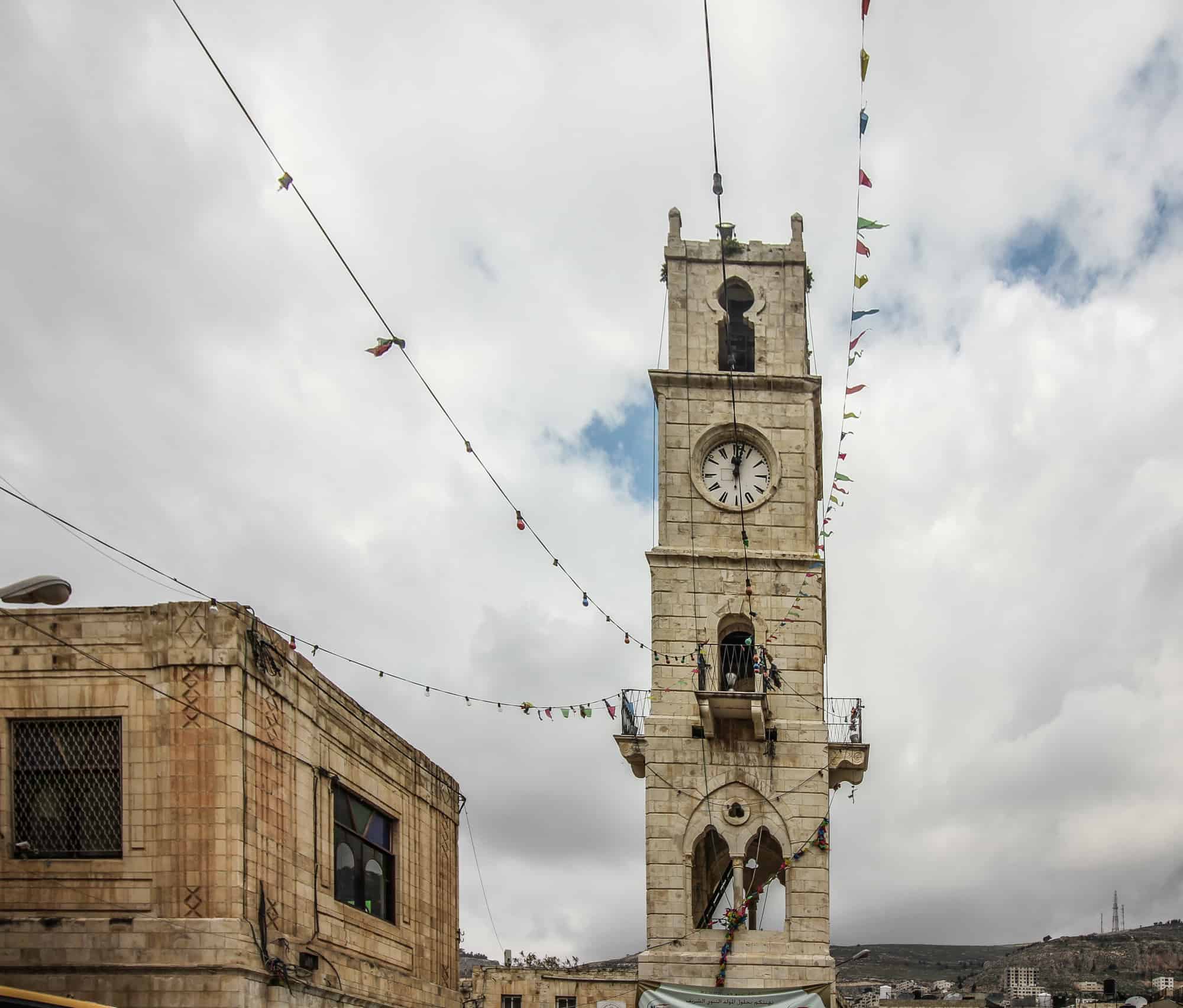 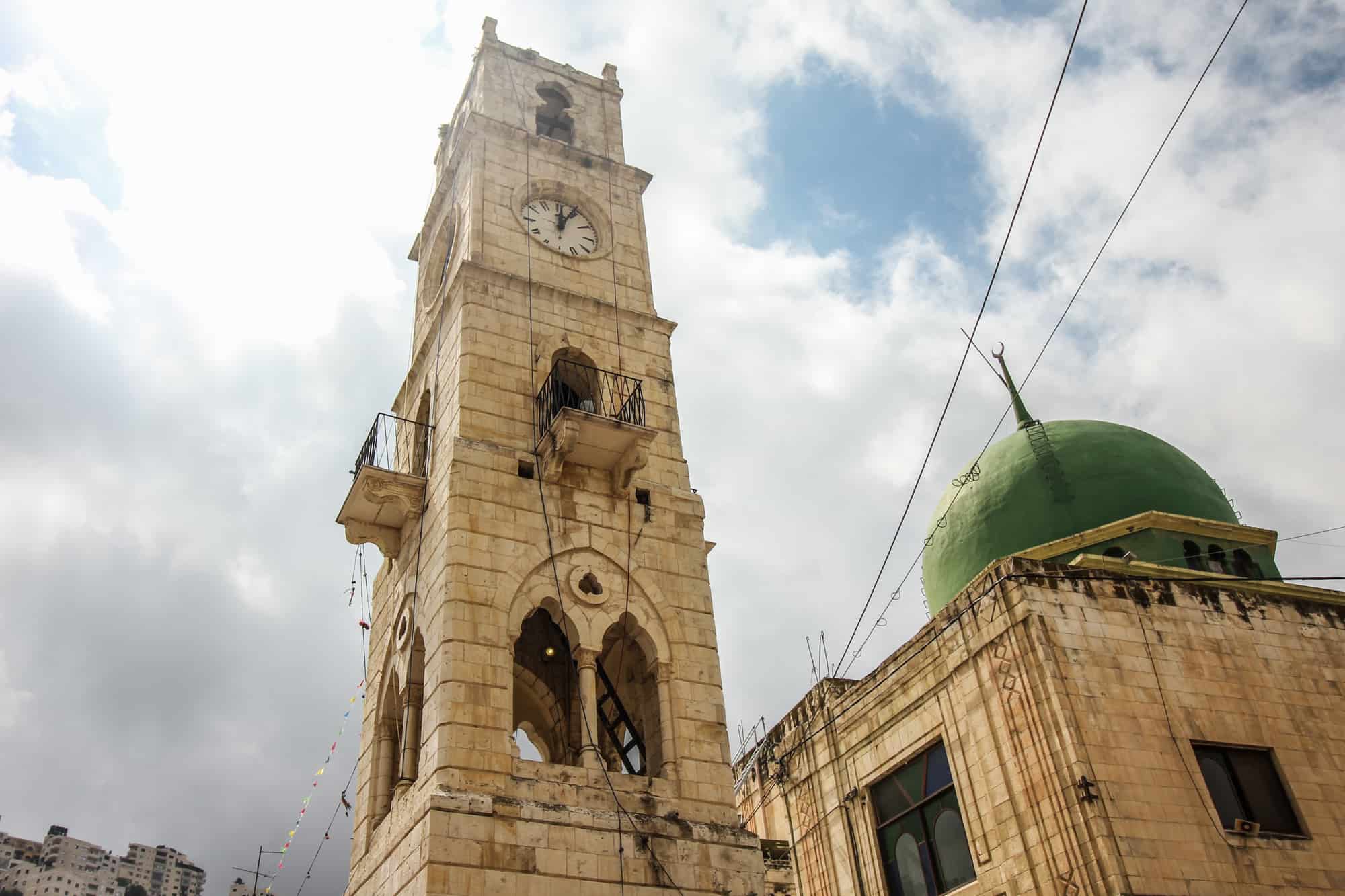 We drove to Jenin – another place I had never heard of. Ashraf had something special in mind for us there: “People think Palestine is dangerous. They are afraid. That’s why I always pick one place on my tours where the participants go around on their own. Come back in one hour. I’ll wait here!”

I was shocked: “Is he serious? He can’t do that! What if we get lost?” My first reaction was so irrational, I couldn’t believe it myself since I’m normally open to new places. Then we went in the direction where Ashraf said the market was. After some minutes, we arrived to the first people selling fruits and vegetables. We took a stroll in the last rays of the sun for that day and got offered strawberries and mandarines for ridiculous cheap prices. When the muezzin started praying down to us from the minarett of the mosque, the moment of “Thousand and one nights” was perfect. No negative feelings, no fear, no threats. Just people smiling at us. 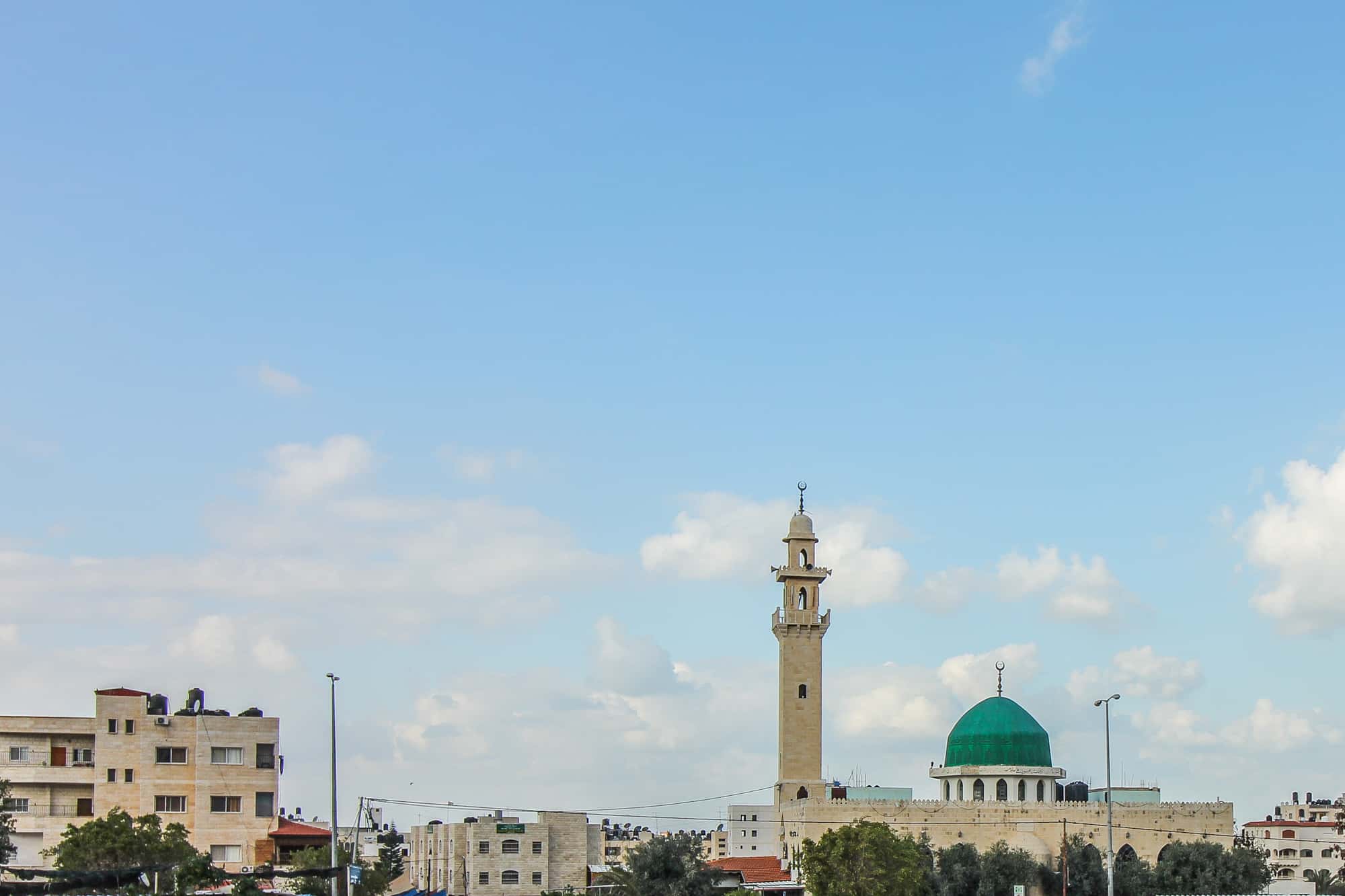 In the end we drove to a refugee camp close to the city. Honestly, I expected tents. I was surprised when I saw real houses. But the conditions are still undignified: The houses were built – to save space – very close to each other, so you can easily watch TV at your neighbor’s place, and who leaves the camp is not allowed to come back. 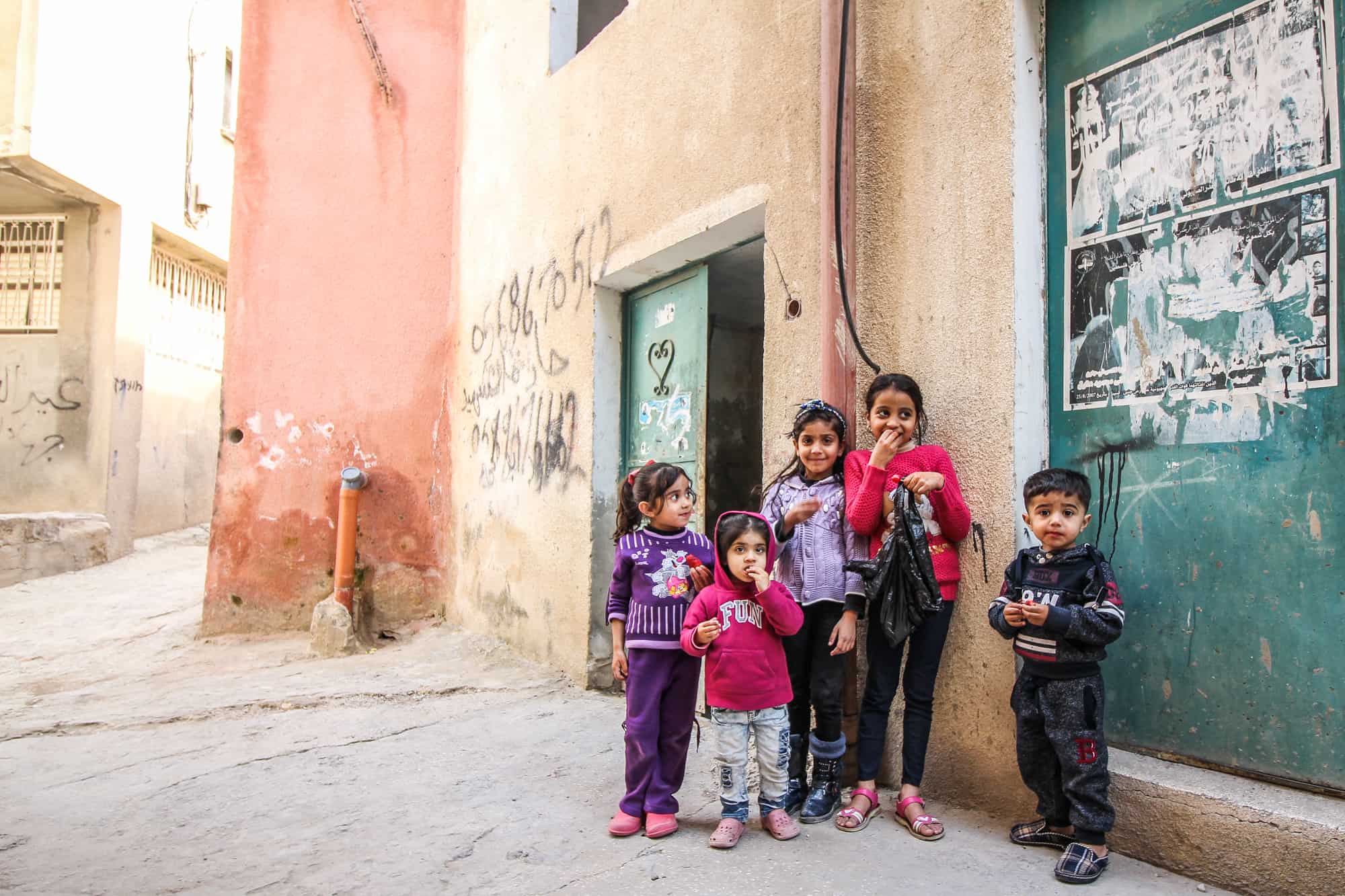 It was founded in 1953 after the Arab-Israeli War for displaced Palestinians who had to flee from their homes. I guess they didn’t think that their grandchildren would have to grow up there.

The kids are always super happy to see tourists! They laughing and running around us in circles shouting: “Hello, what’s your name?”.

1,5 hours later I was back in Jerusalem in the  Abraham Hostel, but Ashraf styed in Palestine. It was a touching experience and this day made me wish that I could spend more time in the Westbank. I was looking forward to my second trip there one week later.

Have you ever been to Palestine? How was your experience?

PS: This blog post was supported by Abraham Tours. They invited me to do the tour, but I didn’t get any financial compensation. My opinion is not influenced by the collaboration and is my own.