I Finally See – My Experience With Eye Laser Surgery

I remember very well when I was 15 and, after weeks of headaches, I went to the ophthalmologist who said that the problem was my eyesight. She also told me that there was the possibility to get laser surgery… one day! Because first, the eyes need to stop changing, which – so she told me – happens around the age of 30.

I couldn’t believe it and felt doomed. 30! That seemed ages away! Well… It was. But still, the years passed and when I turned 31 this year and my eyes hadn’t changed since I started traveling the world, I decided that it’s time to do the check to see if I qualify for the surgery.

But let’s quickly go back to my life with glasses. When I was 15, I refused to wear my glasses. I was only wearing them at home when my parents were there but never at school or in front of my friends. After a while, I lost them. Only when I did my driver’s license, I couldn’t avoid them anymore. I hated them. I was embarrassed. I felt ugly. So, I still didn’t wear them at school.

Things changed a little when I got to University and the glasses made me – the blond little girl – look a little smarter. Additionally, my eyesight had gotten worse so there was no way around wearing the glasses anymore. I was 20 or 21 by then.

Somehow, I had made peace with my glasses and didn’t hate them anymore.

It was just when I had graduated that I got a ticket for DNX – the Digital Nomad Conference. I was ready to change my life, to become a nomad, to hit the road. The conference was in Berlin and I had asked in a Facebook group if there were others from Frankfurt and surroundings who would want to join me on the ride. There were four people who came with me in the end.

On the way, when I stopped at a gas station, I took off my glasses to clean them. I was talking with one of the guys who had come with me and he suddenly said: “Wow! Without glasses, you actually look good!”

Yep, he really said it like that. And from one moment to another, I restarted hating my glasses and being embarrassed.

It got worse when I was on the road and they started creating problems. Actually, in three years on the road, my glasses broke three times!

The first time was in Rio. My parents could send me the broken piece to New York, my next destination. That was annoying but not too bad.

The second time was in Koh Lanta, just a few months later. Since this time, we were afraid that shipping would take too long, I had to get new ones done. Which went somehow terribly wrong. I had really bad headaches for the rest of my trip. I never found out what the problem was. 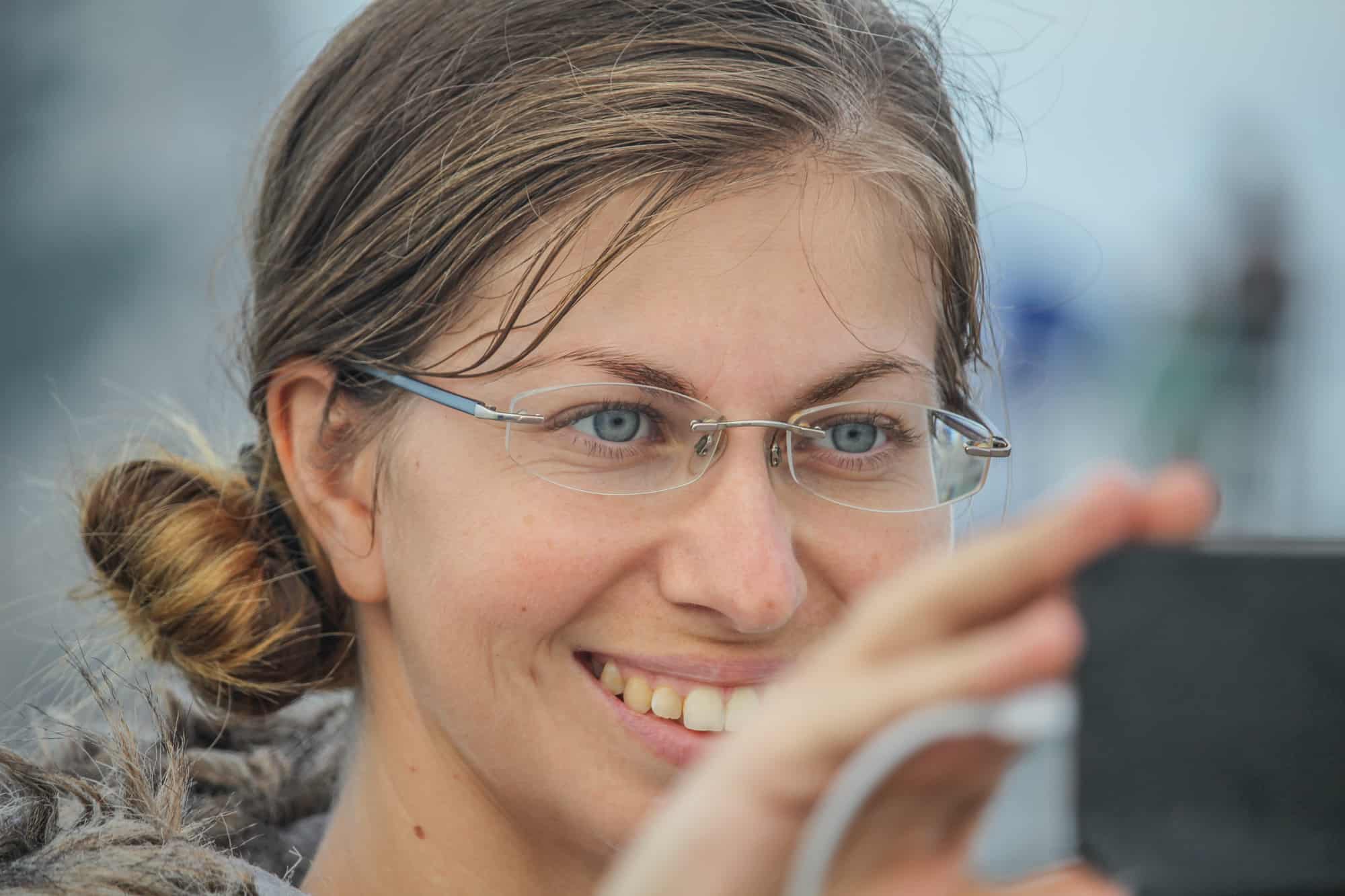 The third time was in November. I was in Saigon, dancing Salsa, which I normally never do because I only dance Kizomba. The guy I danced with turned me but put the hand down too early. I wasn’t facing him yet so our hands crushed right into my nose breaking my glasses in the middle. My 5-month trip through South East Asia had just begun and I had, again, no address available that my parents could send me the new piece to. So there was no way around my old glasses, which also gave me headaches.

It was then, that I took the decision to step up! I made an appointment at an eye clinic in Frankfurt and they said that if I qualified they would do the surgery that same day. Perfect! I always have a tight schedule when I’m in Germany so there was no time to lose for waiting for a second appointment.

I flew back from Singapore to Germany for the surgery combining it with another event in Berlin.

I got there, 8 am in the morning, super tired but also excited. They did the typical tests with me to check my eyesight, my cornea, and who knows what else.

After maybe 90 minutes, I finally got to see the surgeon. He explained to me that my eyes qualify, that my cornea was super thick and that I could have surgery in the afternoon. He told me about the different techniques but underlined that the new flapless method of ReLEx Smile was the best one with a much smaller cut, lower risk of infection, faster recovery, and less possibility of pain during or after the surgery. The price was high though: 3,200 Euro.

I still didn’t think for too long… I wanted the best method with the lowest risk of whatever!

I was asked to go home and eat something. The surgery was going to be 5 hours later. So I took some last selfies for Instagram and prepared for being offline for a few days although the doctor had promised that I would be able to work again the following day.

When I got there 30 minutes before the scheduled time for the surgery, I got some tranquilizing tablets. To be honest, I was so nervous that they should probably have given me three tablets to make me calm down. But there was no way back.

When I entered the room with the huge laser I prepared for losing my sight. I know it’s insane. The doctors had told me that it’s impossible to get blind from the laser surgery. You can get blind from an infection as a result of the surgery. But not from the surgery itself.

A young doctor showed me where and how to lay down giving me instructions for the surgery: I wasn’t allowed to move. Not my body, not my eyes, nothing. I got eye drops and my sight became blurry. I only saw a green light getting closer and everything else around me got darker until there was nothing anymore. It took 29 seconds (!!!) per eye. After that, I was turned around and something else was done. To be honest, I have no idea what they did and I’m happy that I don’t know. I don’t need to know the details as long as the result is what I expected. And it was. It took like two more minutes until they were done.

The young doctor helped me get up again. And I saw everything! It was a bit like looking through a frosted glass but I saw everything. I was told to go to sleep as soon as possible and come back the next morning.

I was thrilled that I could see and wasn’t in pain at all. I wasn’t tired at all and actually planned on going dancing Kizomba that evening to show all my friends the new me without glasses.

But when I got home and laid down for a second, I was gone. I woke up a few hours later when my dad brought some food, which I ate half asleep half awake. But then I fell asleep again and didn’t wake up until the early morning.

At the check-up, they did a test again: I had 100% eyesight. Less than 24 hours after the surgery. It felt like a miracle.

I got all the information about the eyedrops: there were three different kinds that I had to take for one week, two weeks, and three months. In fact, I’m still taking the third eyedrops, which are basically to keep my eyes moist. The other two were anti-inflammatory. That was actually the most annoying thing: The first week, I had to take the drops probably more than 20 times a day so, basically, my alarm was ringing at least once every hour, sometimes every ten minutes.

But for the rest, I didn’t have to wear sunglasses or other glasses to sleep or to go outside. I was never in pain, not even for a second. I could see from the very beginning and just had a blurry vision when I was in front of a screen for too long. There were just a few rules: No water in my eyes for another 24 hours – so no showering. No rubbing my eyes for at least one week. No pool and no sauna for a month.

If you want to see what I shared on Instagram before and after the surgery go to Barbaralicous’ Instagram.

I always read: I only regret that I didn’t do it earlier. 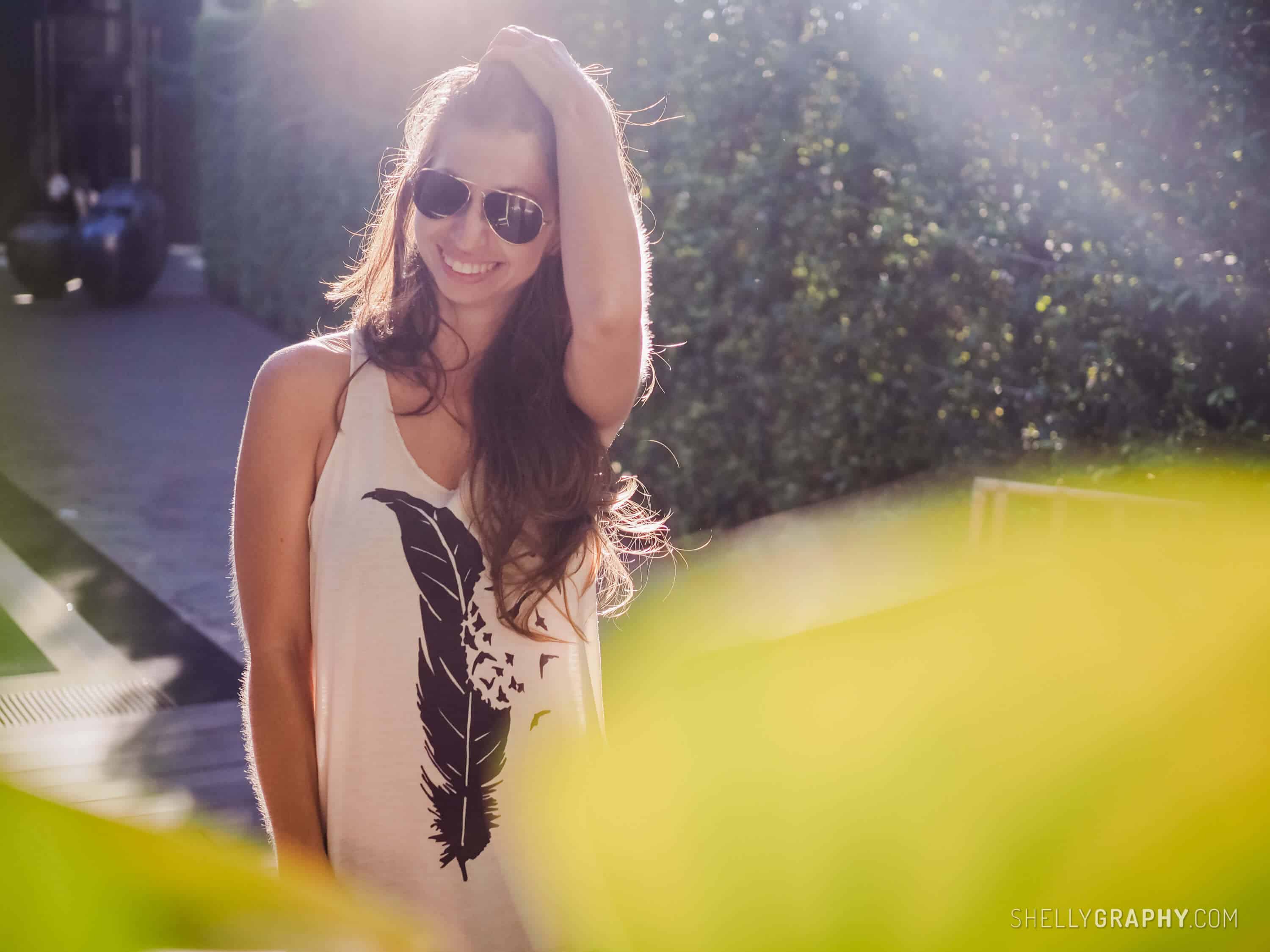 And I definitely love that I look in the mirror now and think: “Yes, I look good.”

PS: Thanks Shelly from Shellygraphy for the awesome title photo and the last shot in this post.

ROUND THE WORLD TICKET FOR FREE