The day trip to the Mekong Delta starts at 7:45 am when the tour guide picks me up in the lobby in a hotel in downtown Saigon.

I fall asleep quite immediately after choosing my seat on the minibus. The ride is more or less 90 minutes and although I wake up every now and then, I barely hear the guide when he talks about the background and the history of the region.

The river is 4,220 km long and, having its source in Tibet, flows through China, Laos, Myanmar, Thailand, Cambodia, and Vietnam. It’s here where it’s draining into the South China Sea through nine branches. It is the 12th longest river in the world and the largest in South East Asia.

The Mekong Delta has roughly 40,000 square kilometers and 17 million inhabitants, which is a fifth of the whole country’s population. It’s the area with the densest population in Vietnam. Since the river is a great water source, the surroundings are covered with rice paddies, which makes the country one of the world’s top exporters of rice. Therefore, the Mekong Delta is decisive for Vietnam’s economy.

He is talking about the war and how the Mekong Delta has been the site of guerrilla attacks and was used to transport weapons and food.

The Day Trip to the Mekong Delta

When we get to the My Tho boat station, I have a first glance at the river – wide and with brown water with no way to see through it. First, we take a motorboat and we see four islands: Dragon, Unicorn, Tortoise, and Phoenix. 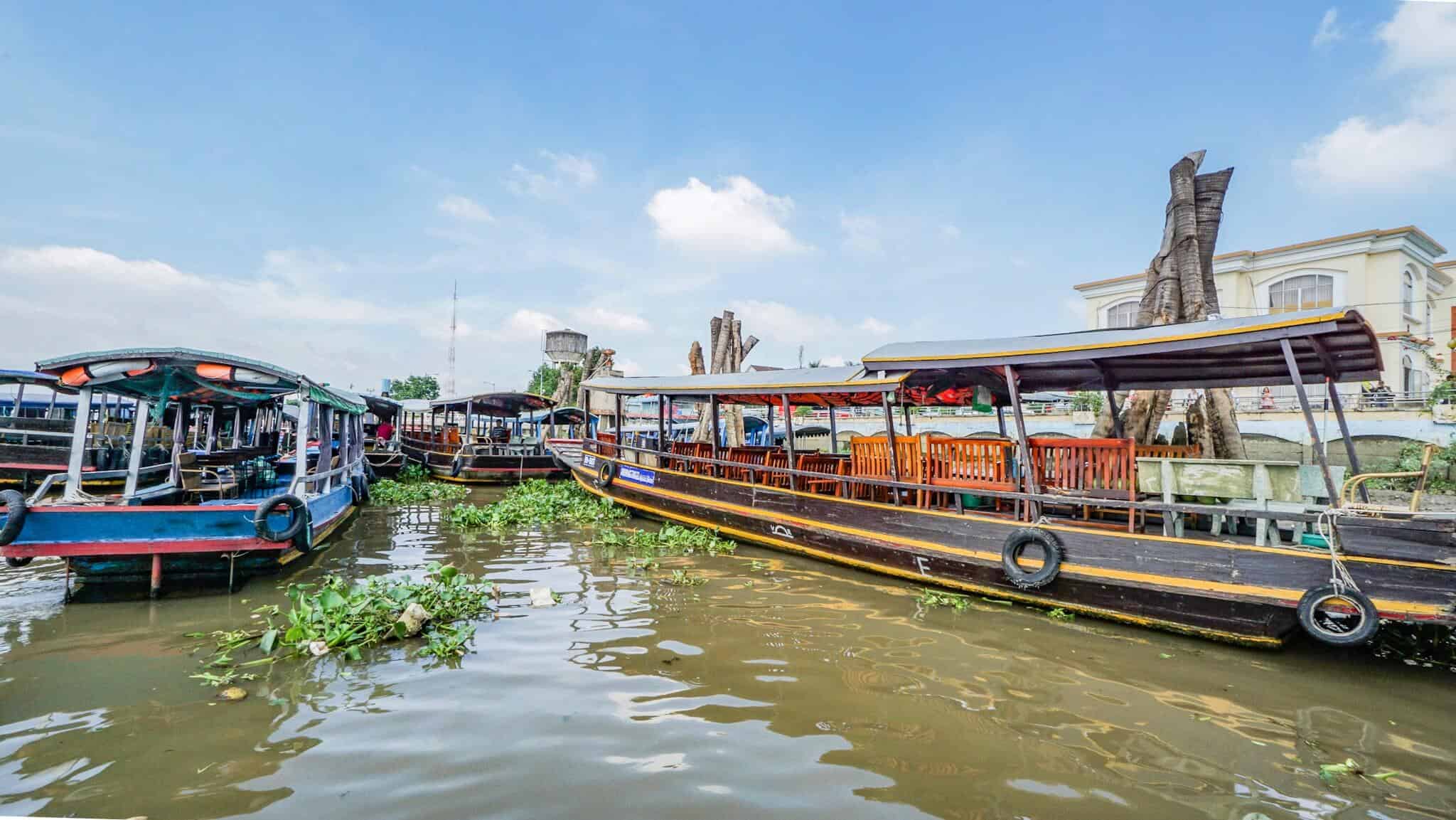 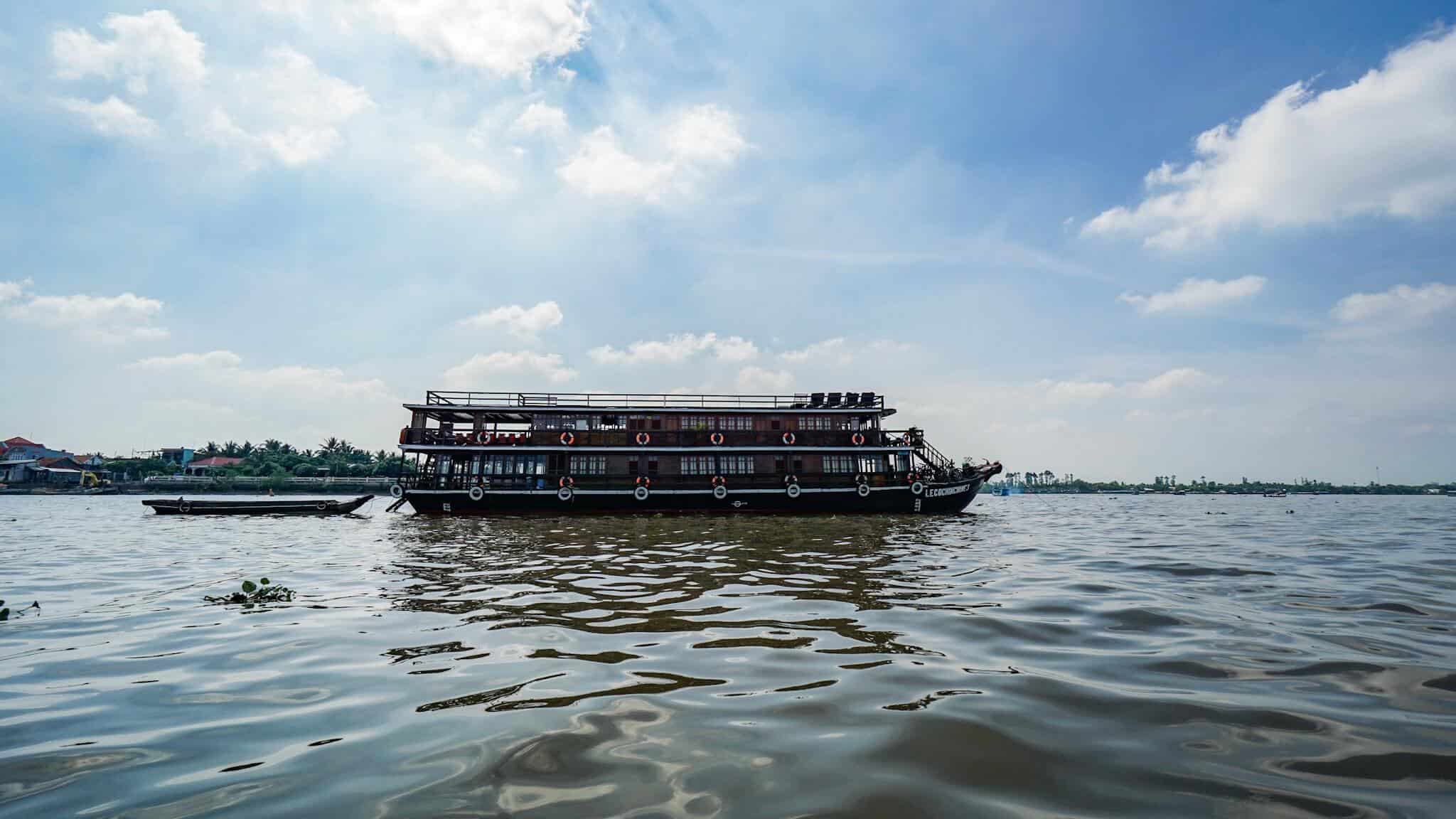 When we stop on one of the islands, we get to taste some local delicacies: royal jelly (a honey bee secretion), peanut sweets, and fruits like the Vietnamese pear. The guide is explaining how the royal jelly is made showing us the honeycomb while we sip the delicious green tea with lots of yummy and healthy honey. Local women walk around who sell the tea, the honey, the royal jelly, and the sweets. 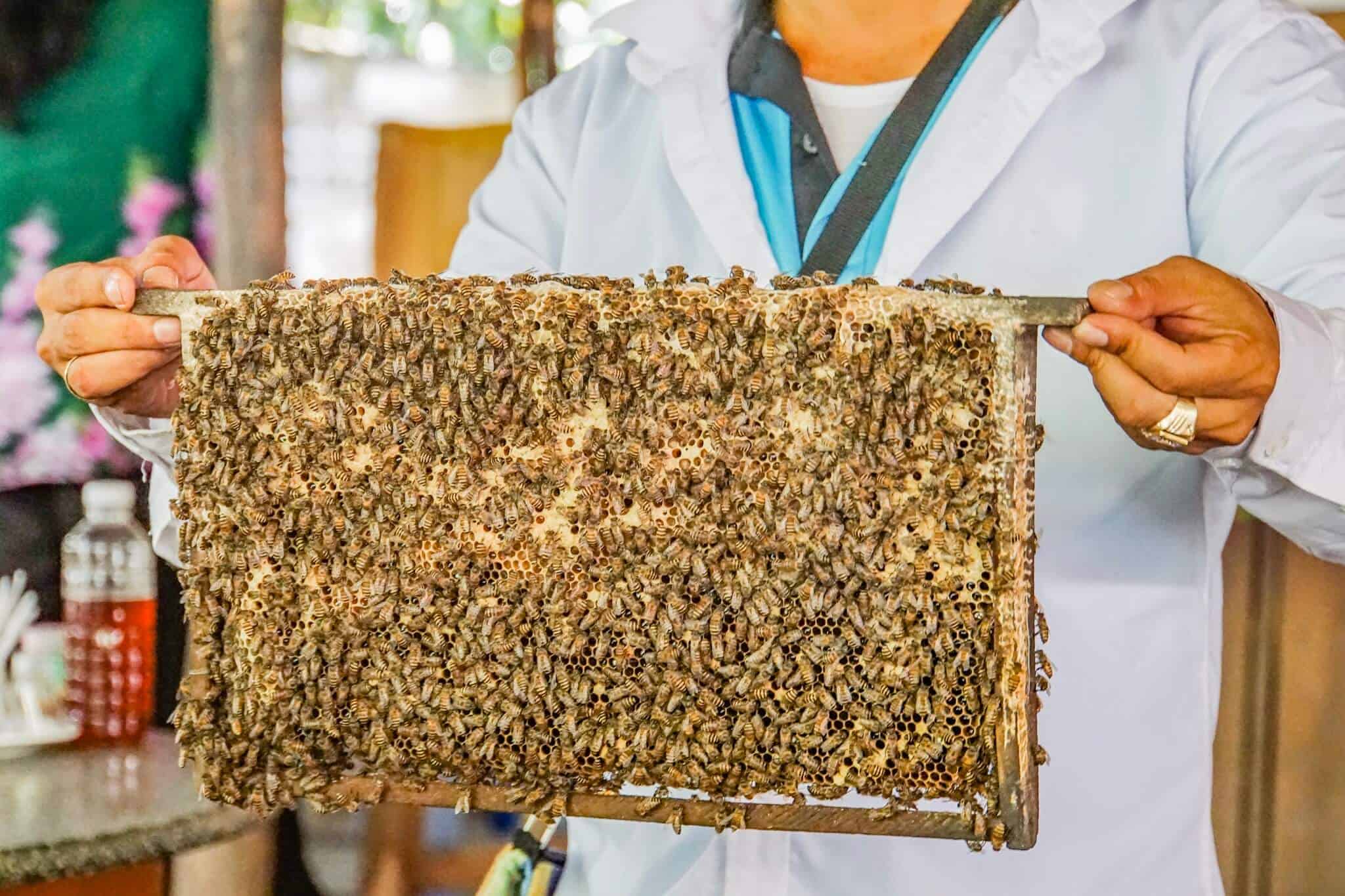 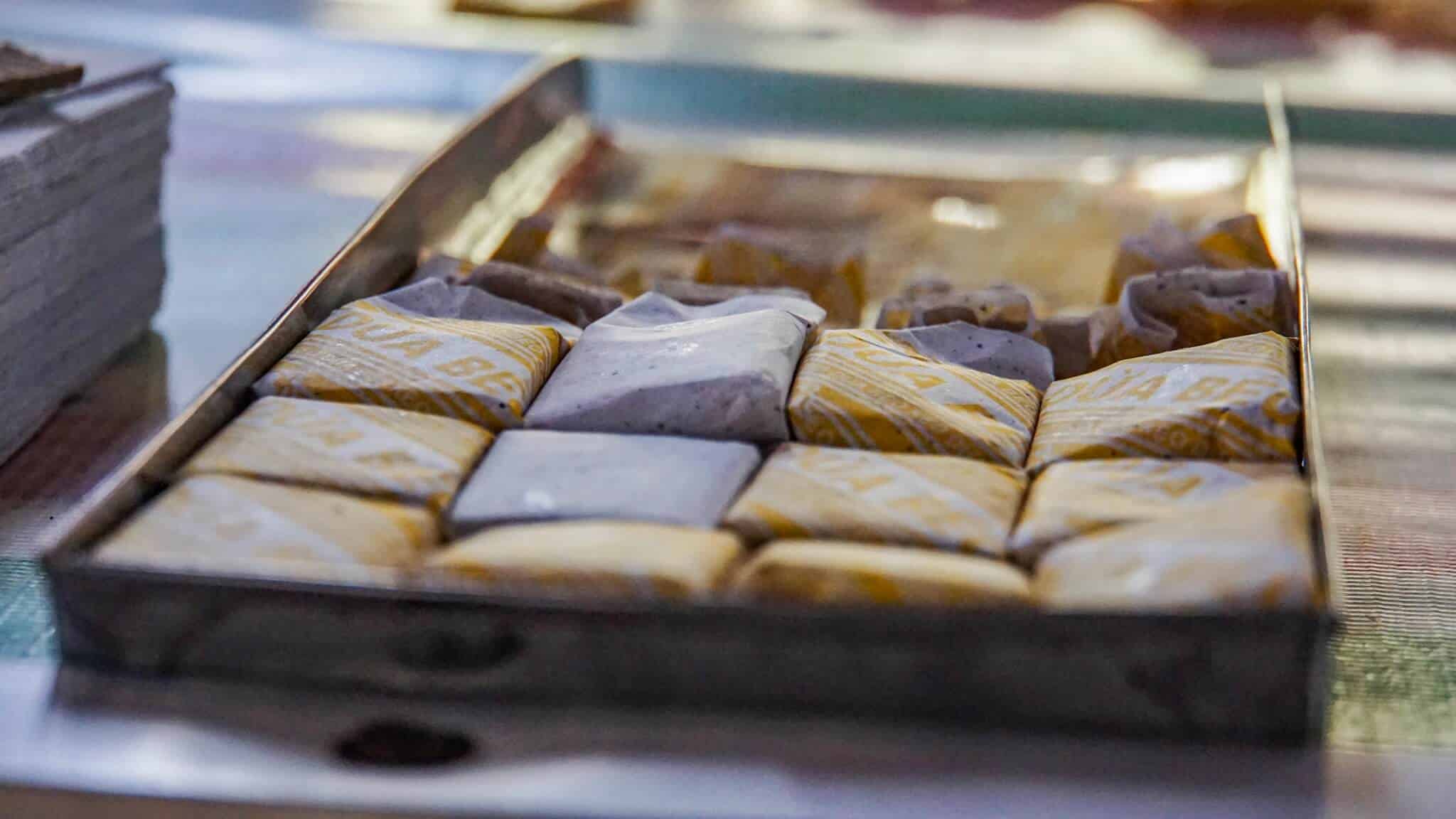 We move on and take the motorboat again to get to another place. From the landing stage, other groups take a tuk-tuk pulled by horses. I’m glad that our guide organized for us to take motorized tuk-tuks. He says that the horses are in a bad condition and too weak to carry chariots with four people over the rocky island. As soon as I see them, I totally agree. 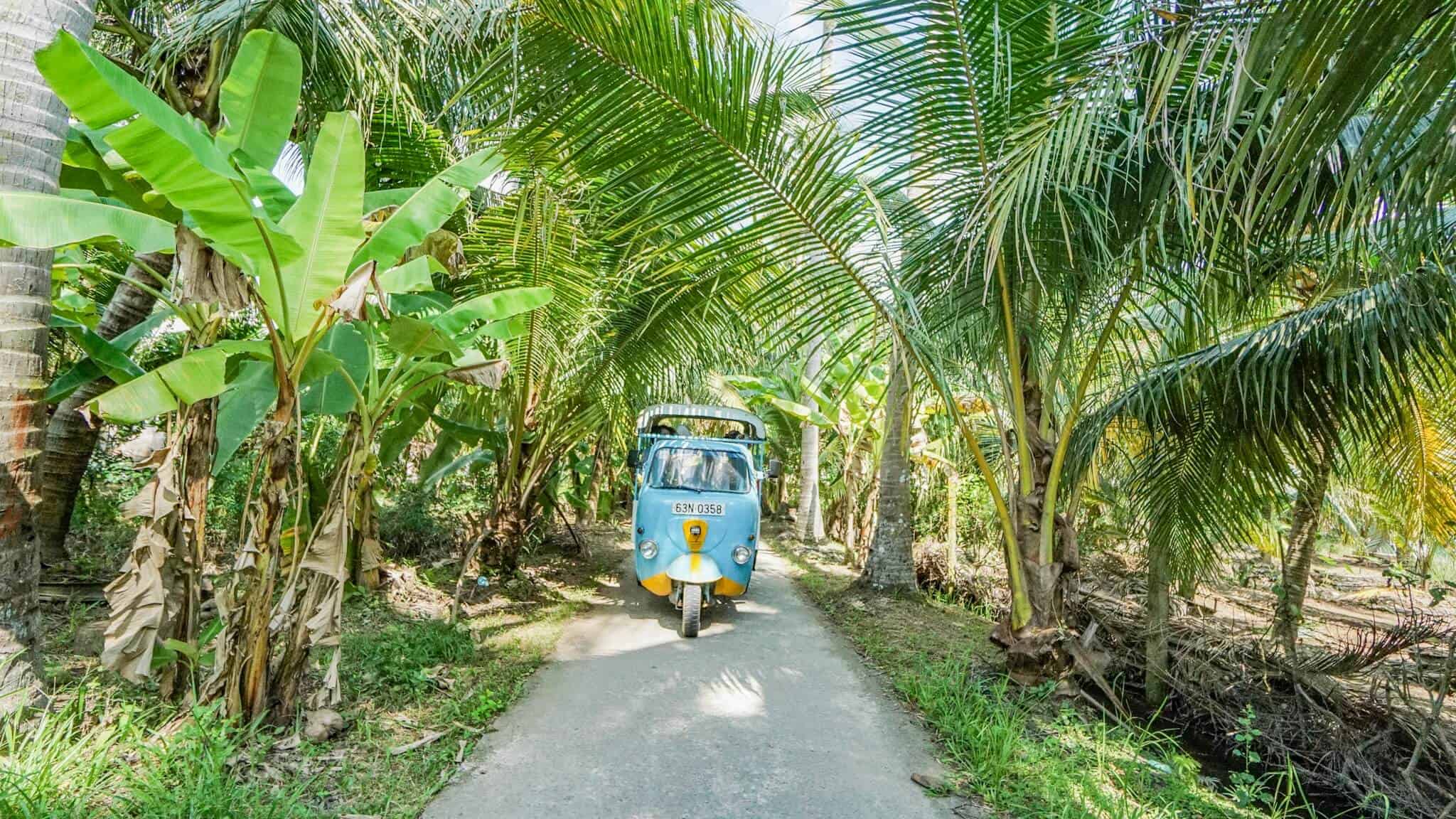 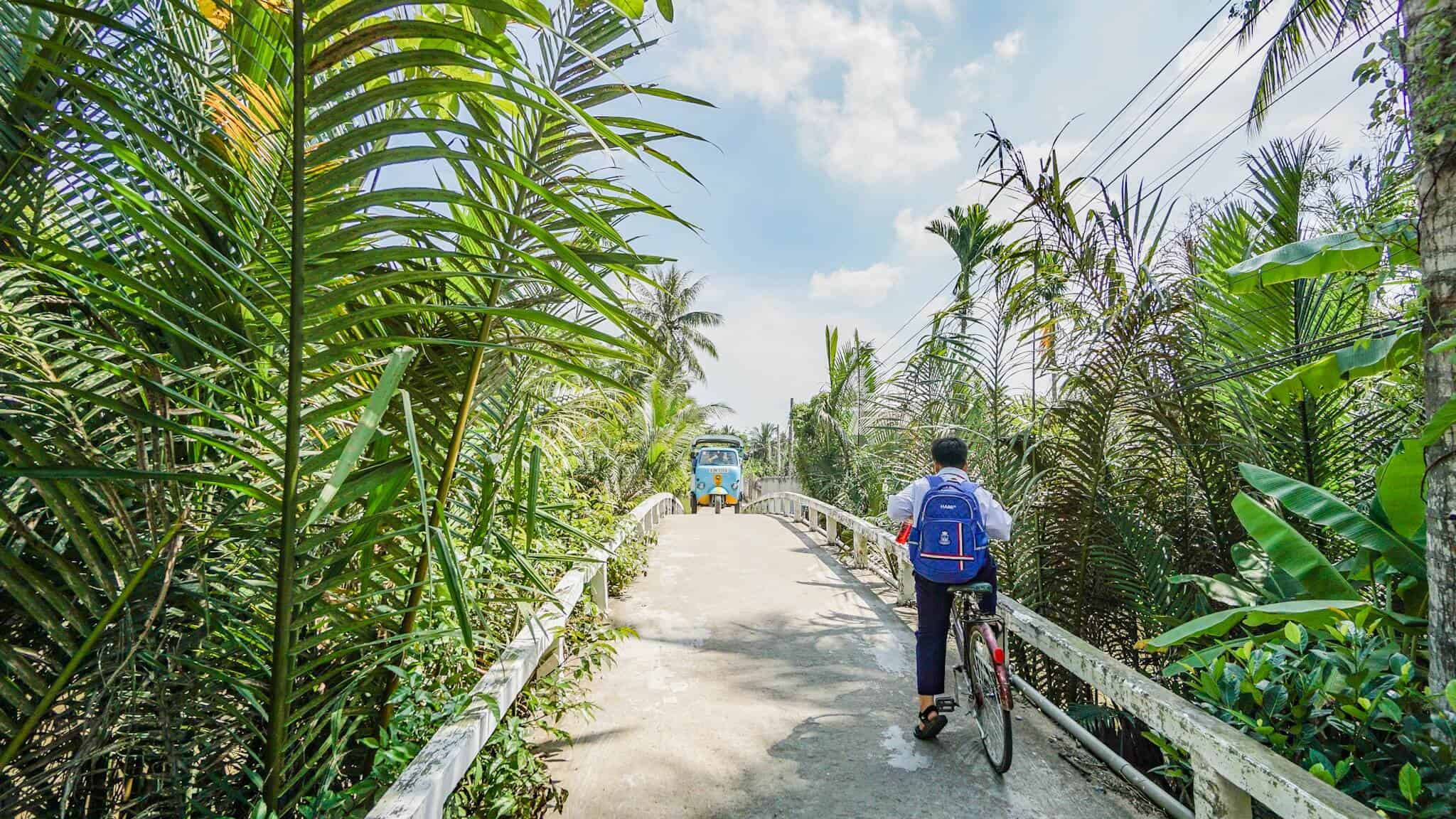 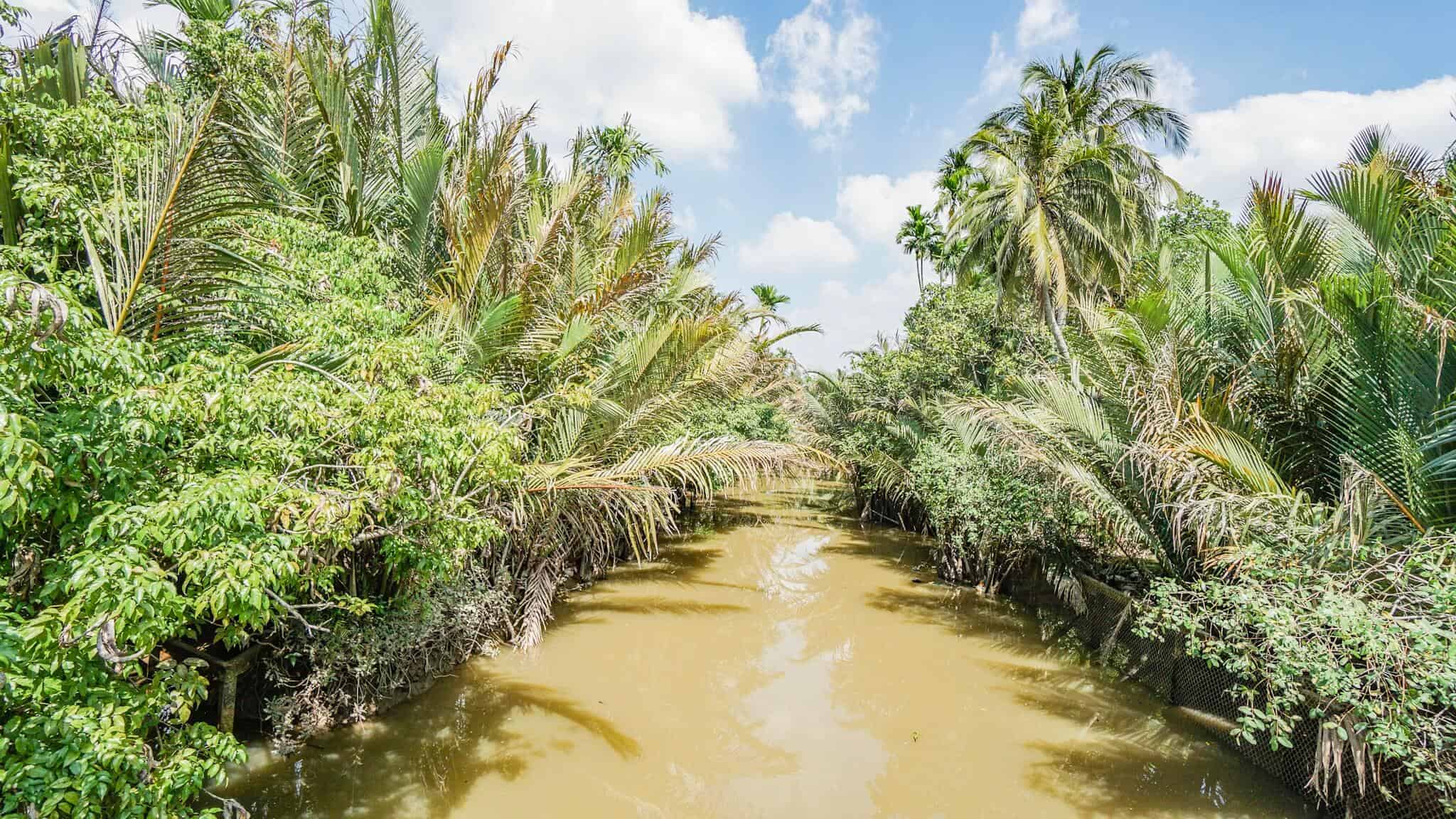 On the other side, there are rowing boats expecting us already. One by one, we get on the small boats that accommodate up to seven people. Then, the most famous part starts when we slowly and soundless glide through the peaceful water. I can’t imagine that this has been the setting of bloody warfare just a few decades ago. 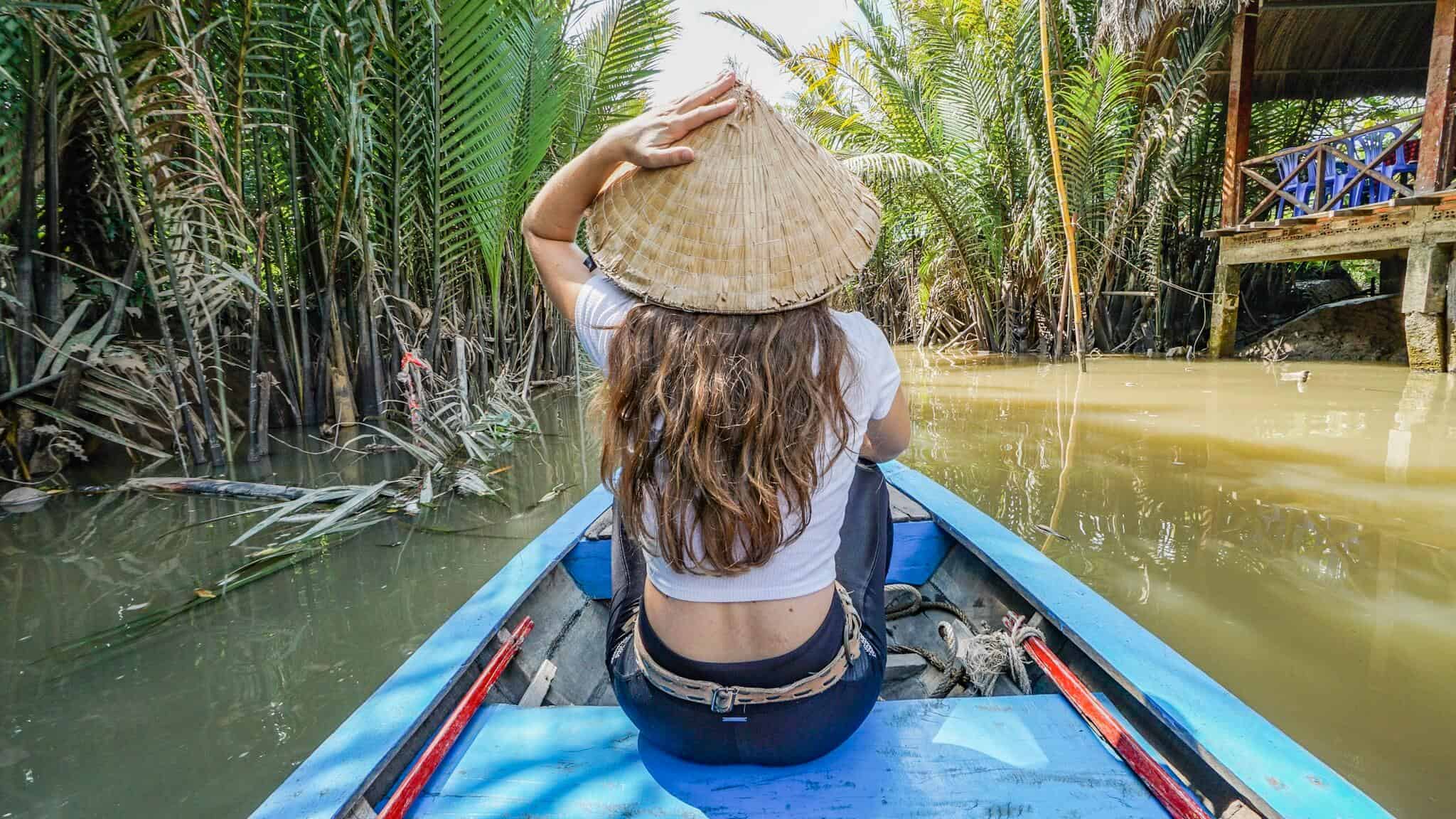 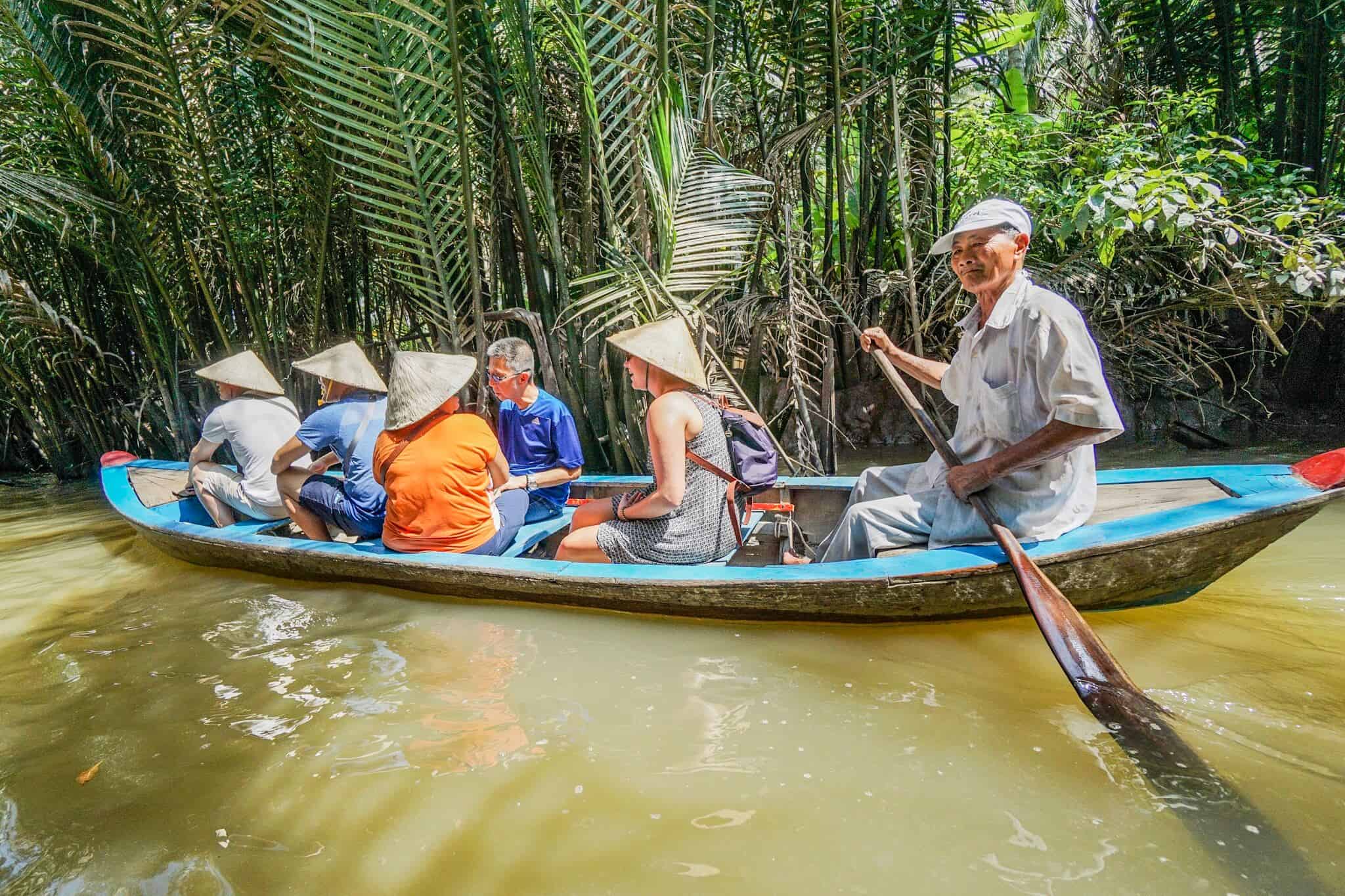 I look out for crocodiles although we were told that they are all gone. The only ones remaining sit in cages on the island to demonstrate their fierceness. 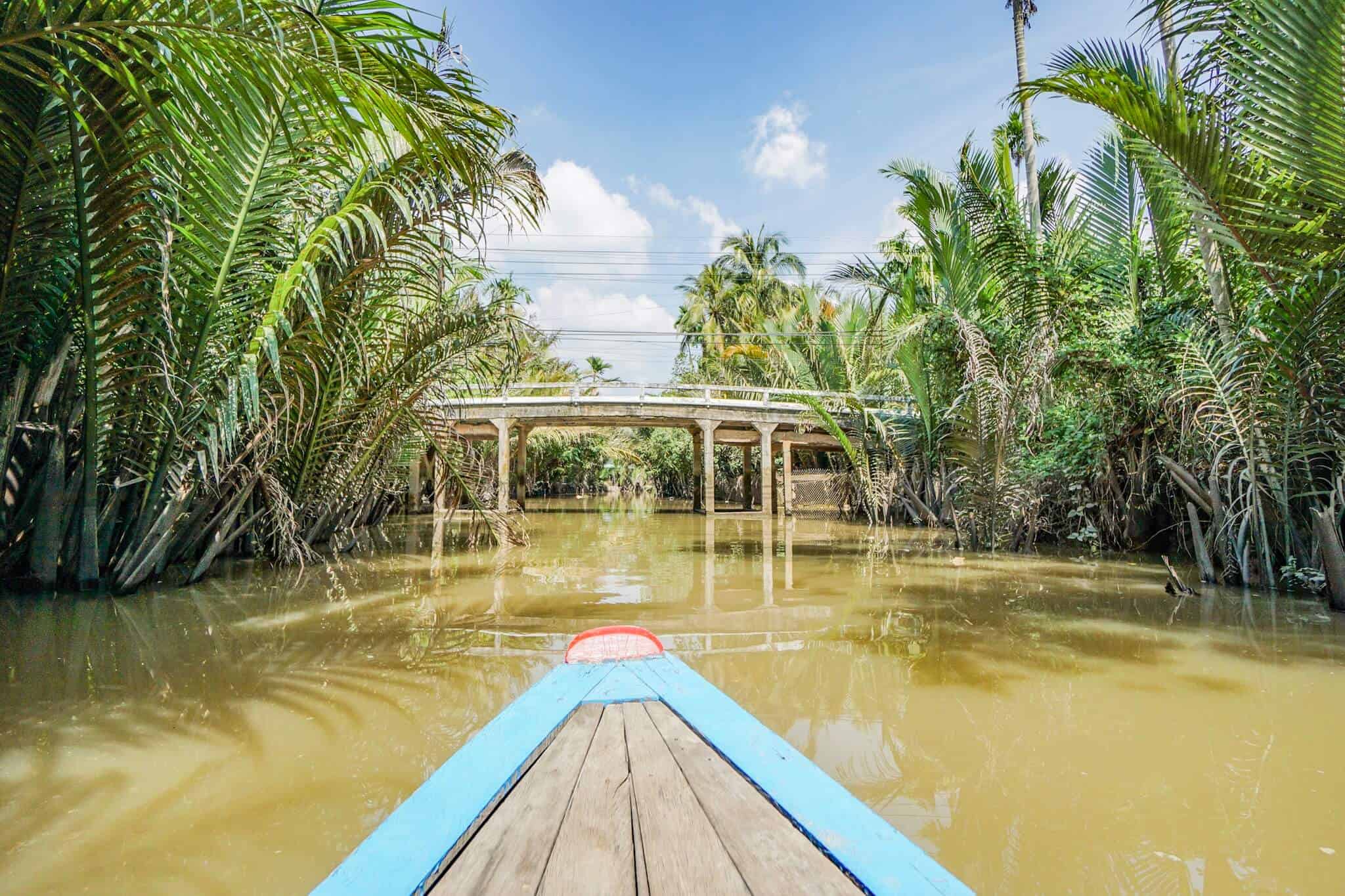 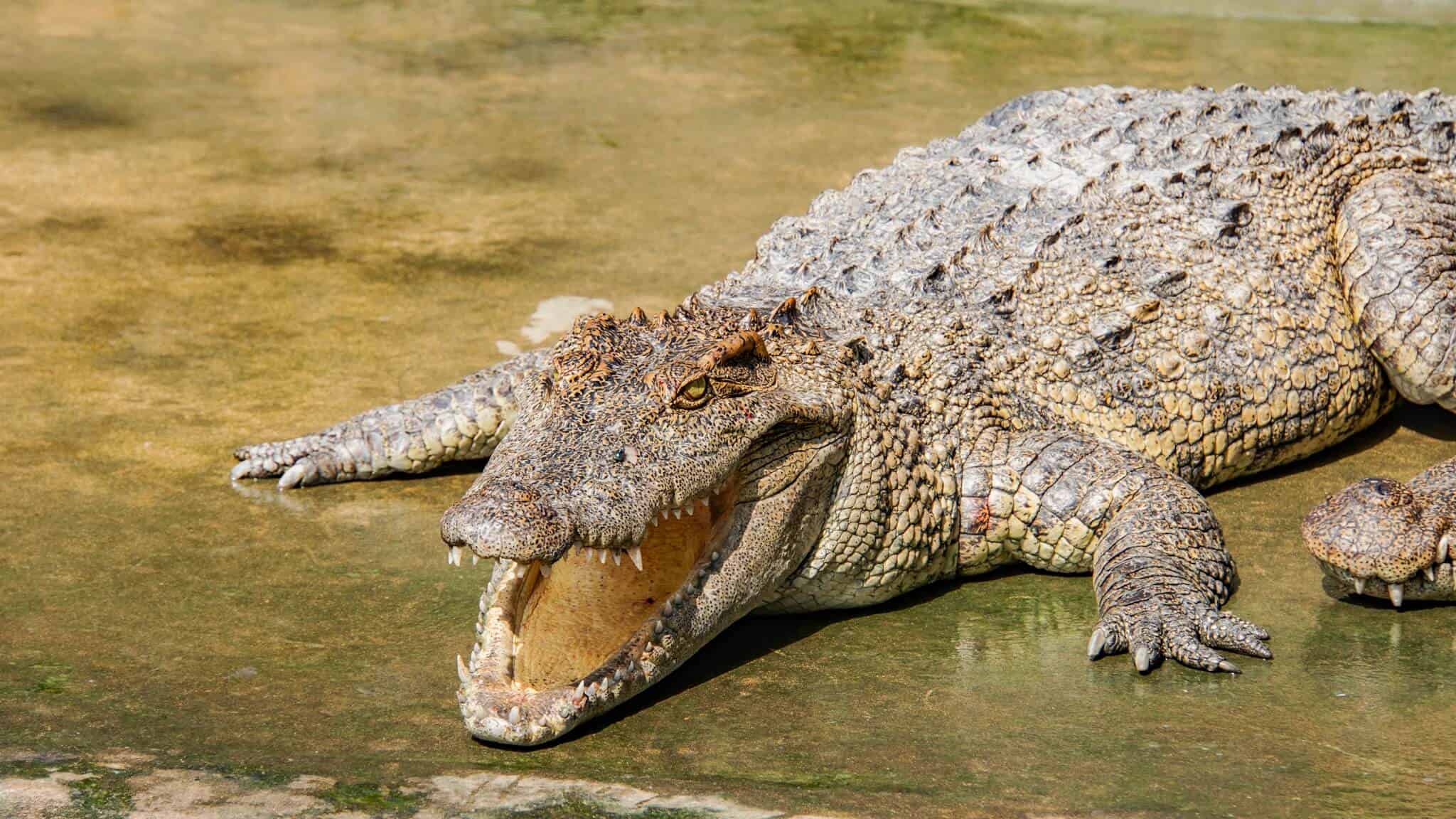 After around ten minutes, we turn around and make our way back and have a local lunch after which we have 30 minutes of free time to explore the area. They prepared something like a zoo where people can admire the animals that used to live in the Mekong Delta: the aforementioned crocodiles, frogs, and snakes. I don’t like the practice of keeping animals shut in cages so I rather use the time to talk to the other people in my group. 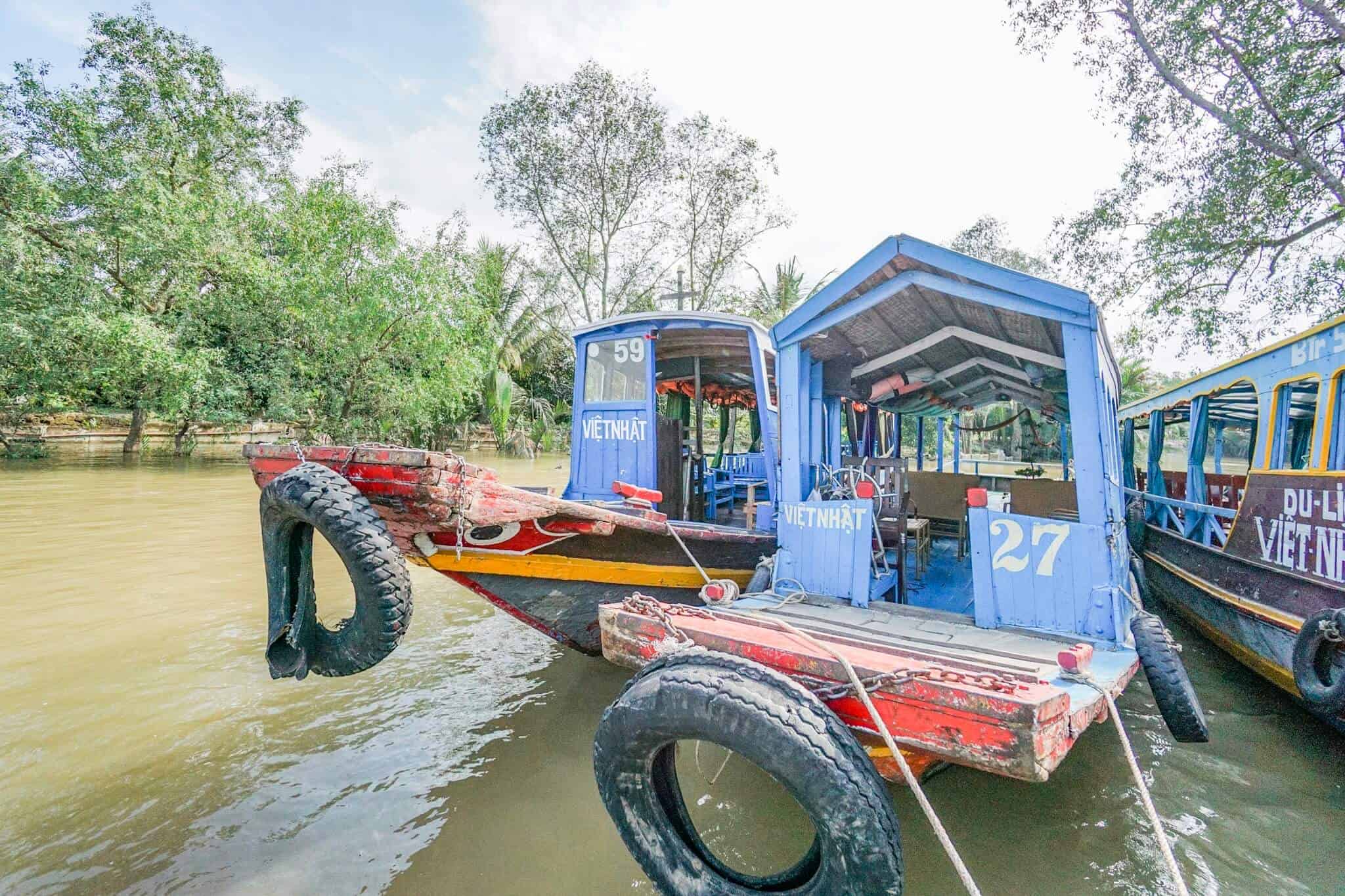 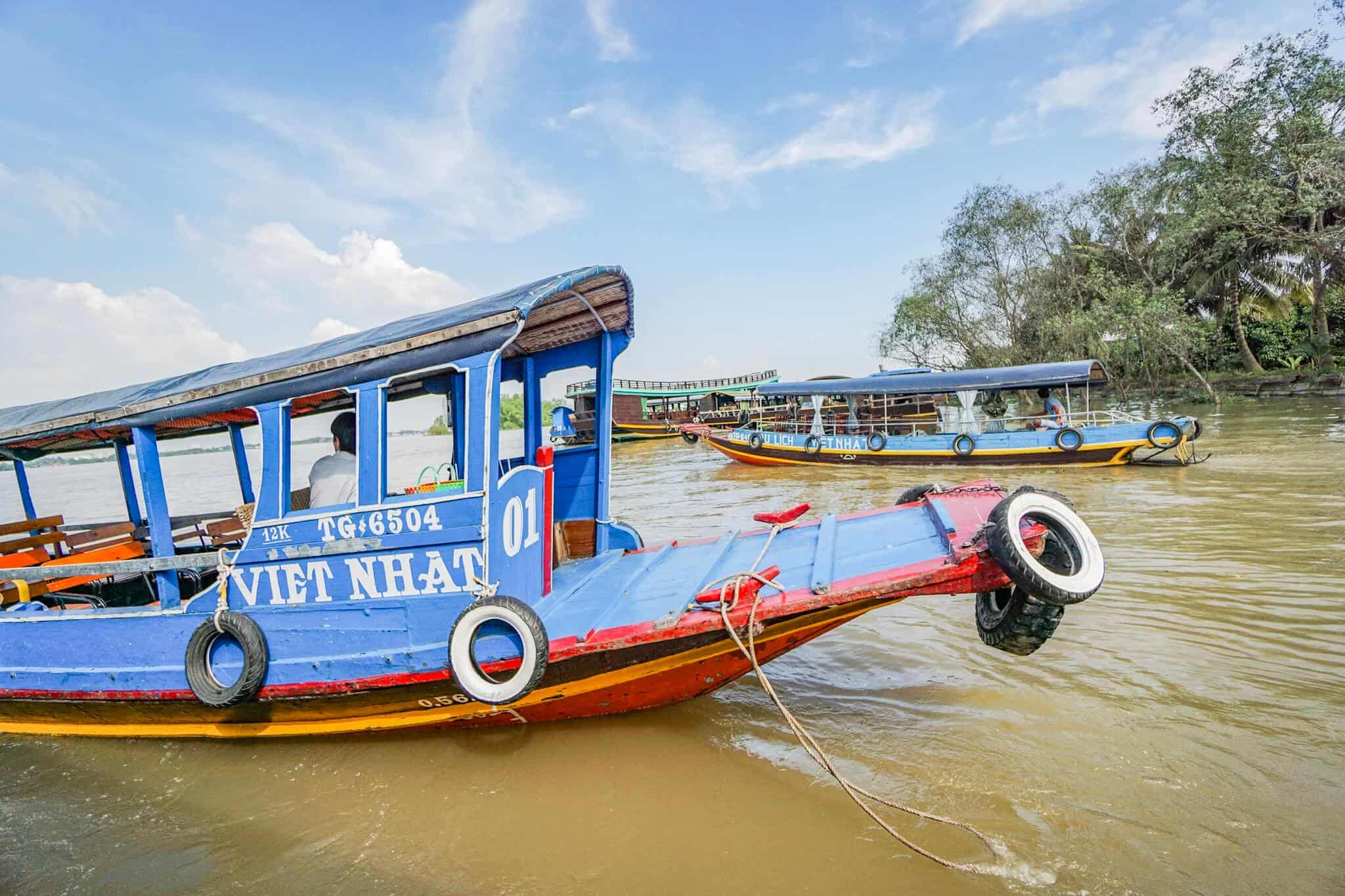 The last stop is a present. At least that’s what our guide tells us. I have no idea if other groups go there, too. But he says that no other guide takes people there to end the trip. It’s a pagoda with several Buddha statues – a beautiful place that makes a perfect conclusion of an amazing day. 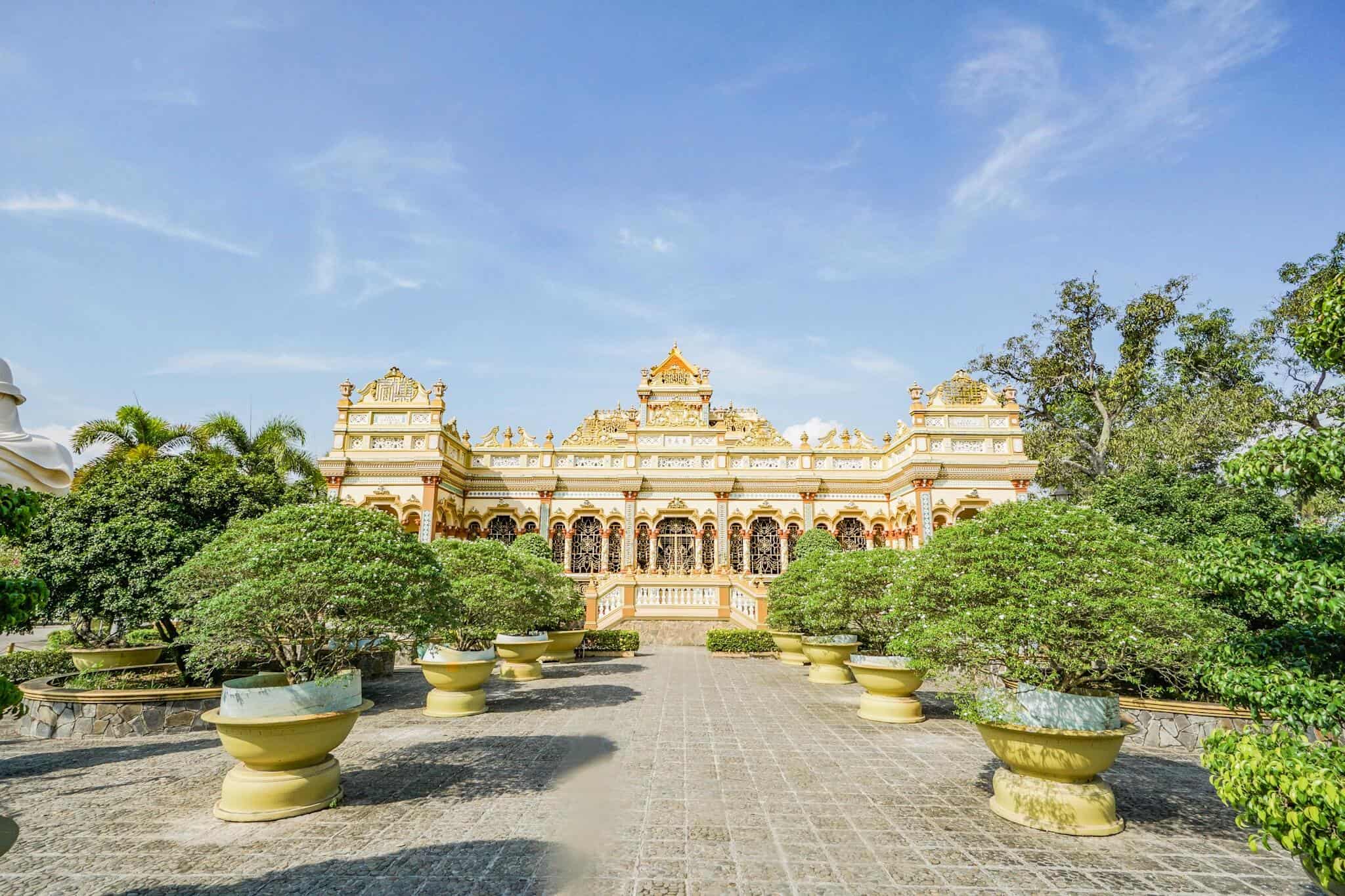 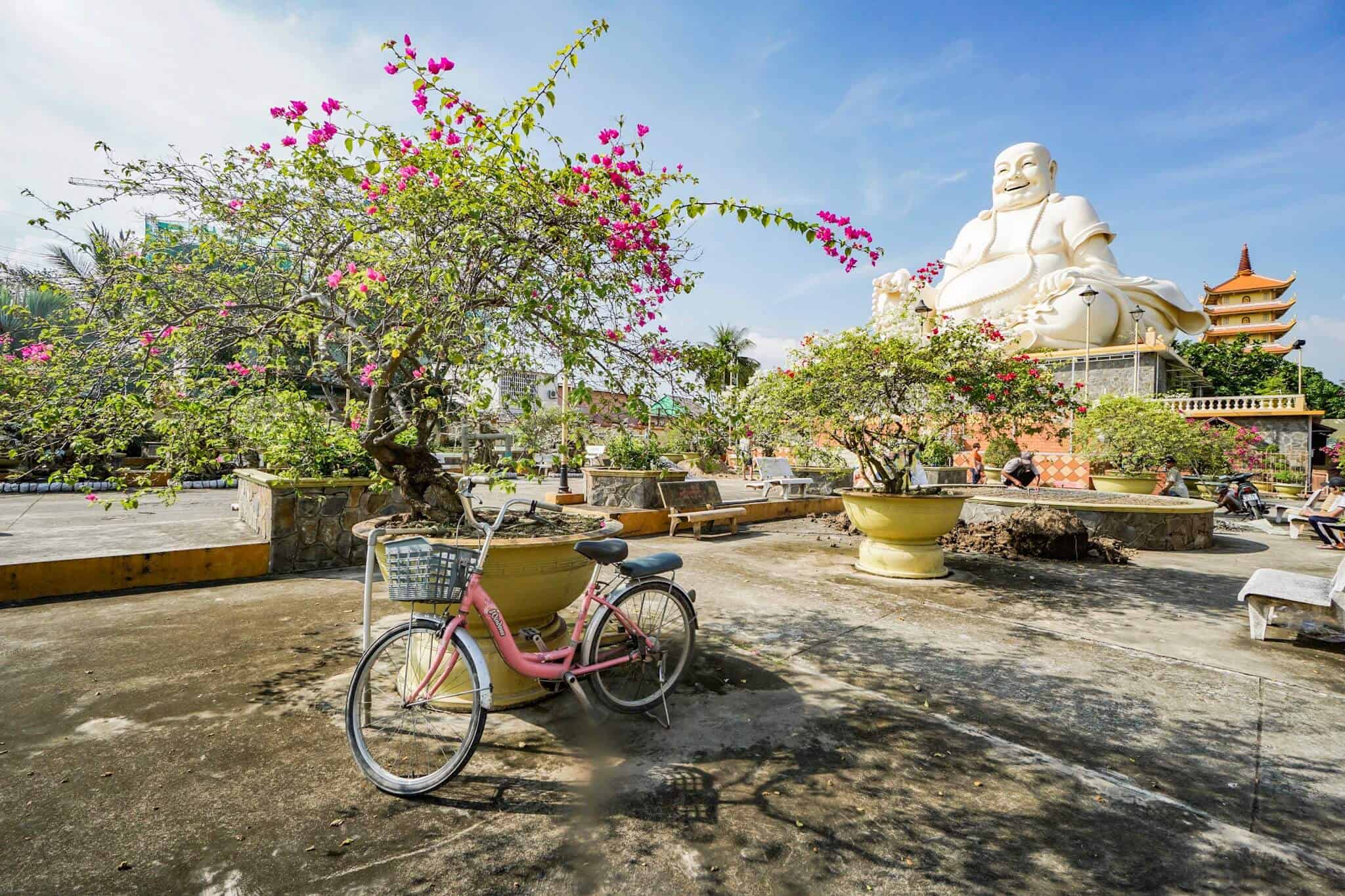 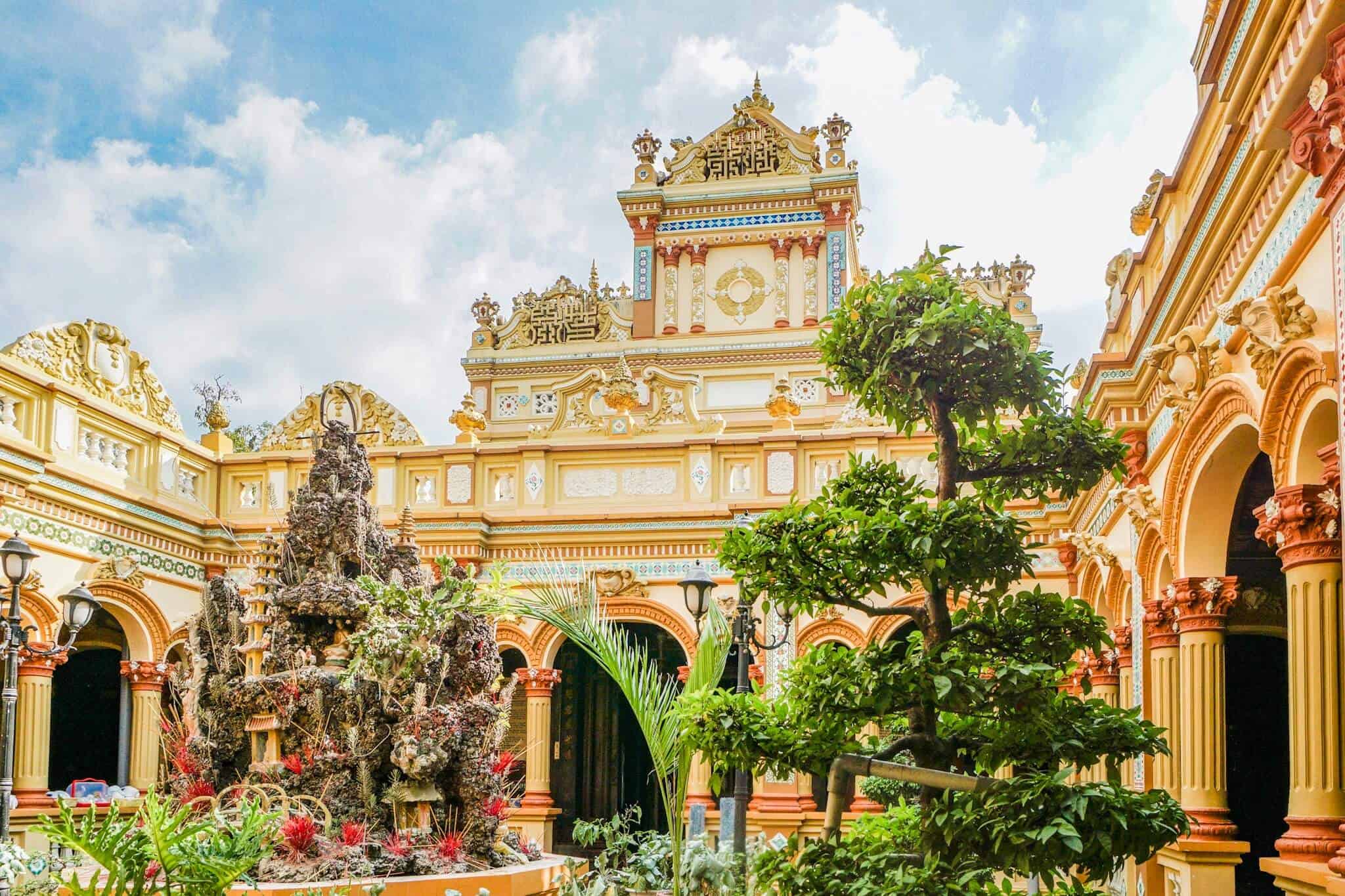 If you have the chance to swing by the Vinh Trang pagoda, do it!

How to Get to the Mekong Delta?

Included in the price are:

The bus ride to My Tho

The motorboat ride to the islands

The lunch (with veggie food on request)

As mentioned before, it’s a quick ride of just 90 minutes. If the driver takes the national road instead of the highway it’s two hours each way. Apparently, you get to see the rice paddies on the slower way though, so it might be worth taking the national road.

You can also organize a trip on your own and drive with your motorbike so you can enjoy the rice paddies and stay in the beautiful Mekong Delta for as long as you like.

The Mekong Delta has been on my bucket list for quite a long time and I’m really happy that I finally made it. It was interesting to see the river with its smaller branches, with the islands, with its history, with my own eyes.

Are you searching for a cool spot for digital nomads in South East Asia? You should check out Saigon!