Lisbon is a city that you need to enjoy in it’s ups and downs.

After the second Nomad Cruise from Cartagena to Lisbon I stayed in Portugal’s capitol for three days. That’s definitely not enough to enjoy this beautiful city. In addition I couldn’t help but do a day trip to the fairytale town Sintra.

On the first day I did a Free Walking Tour with Sandeman. They offer their service in 18 cities. The concept is always the same: the tour is free! In the end you tip the guide with whatever you think his work was worth.

Our tour guide Francisco (in Portuguese it’s pronounced Franzishcu) lead us from Praça Camões in the Barrio Alto to the Arco da Rua Augusta, the main meeting point of the city. 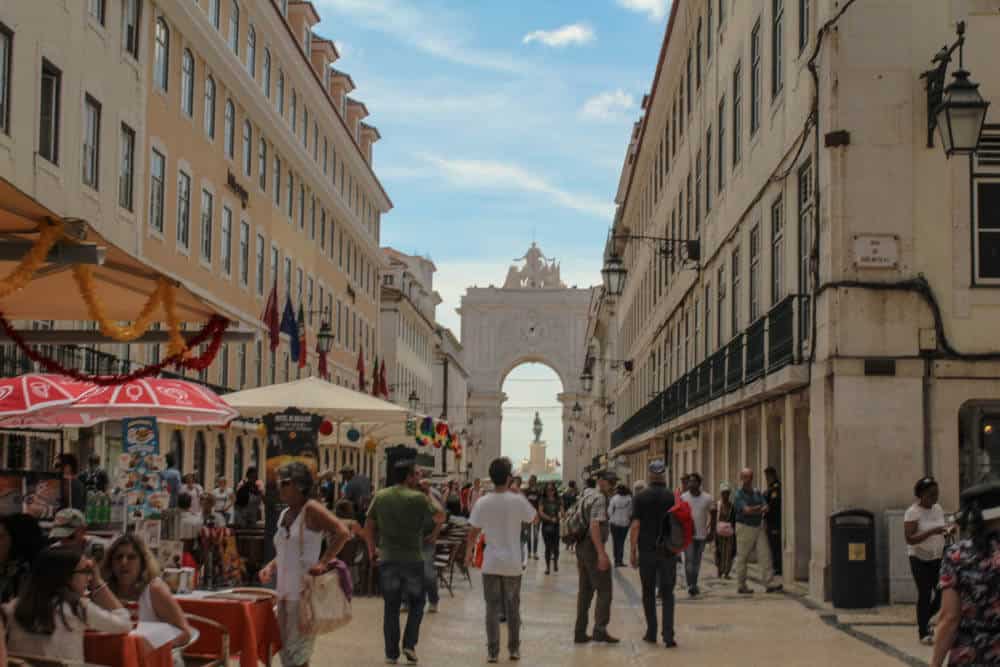 During the tour he gave us numerous tips on how to get along in Lisbon. He advised us for example against this famous elevator which is a complete tourist trap. 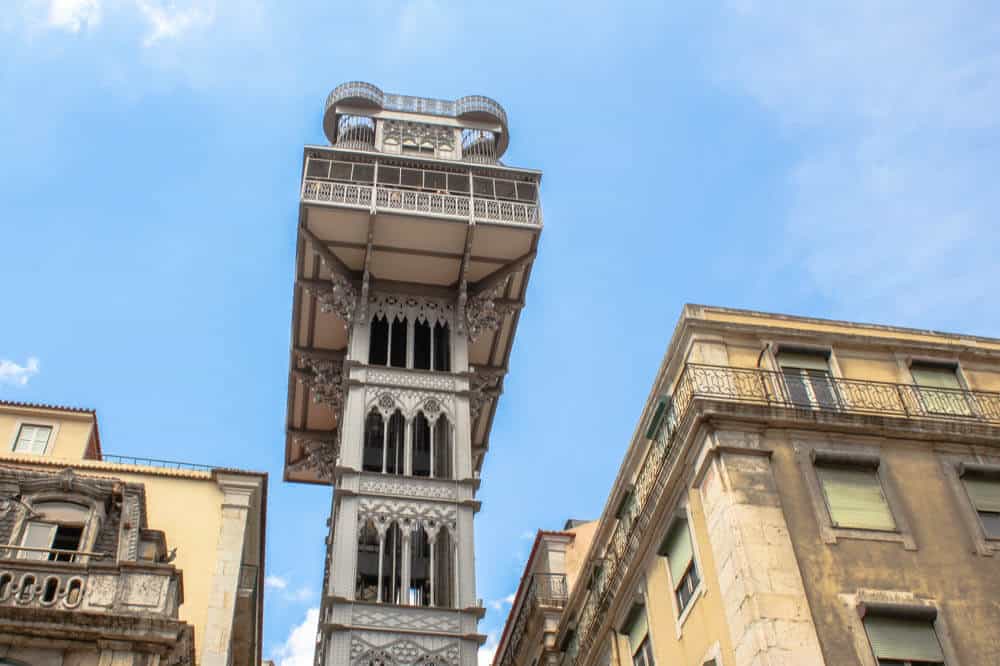 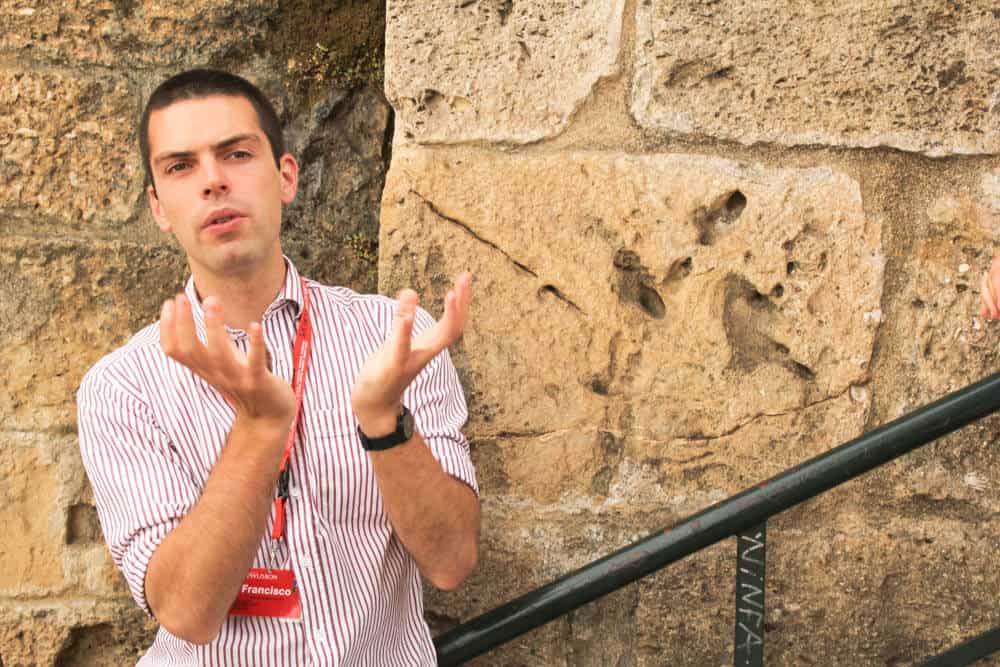 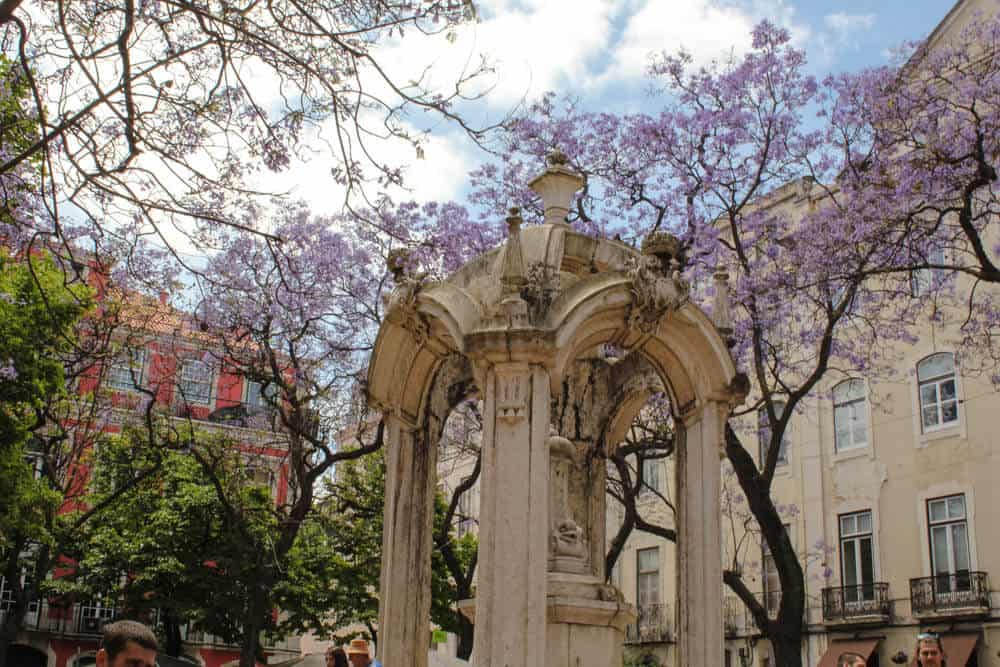 You will walk through beautiful alleys, that were decorated in many colors while I was there. I was there during the celebrations of Saint Anthony, the patron saint of Lisbon. Can you imagine how crowded the city was by then? 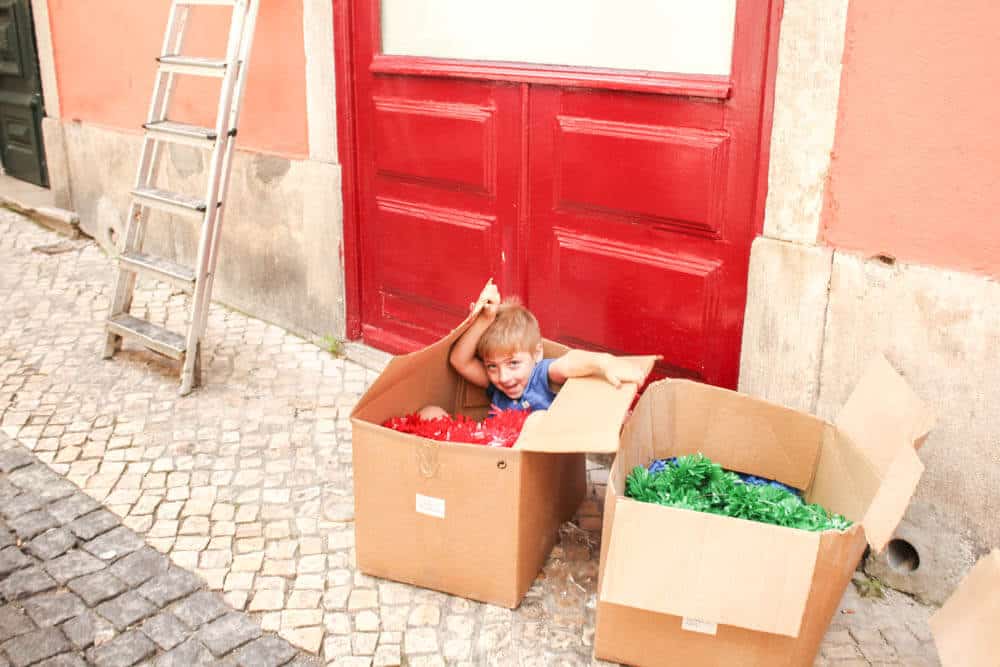 The tour ended after two and a half hours and two hurting feet.

Conclusion: Absolutely worth it!

I decided to go to Sintra the next day. The train leaves from Lisbon Rossio every full hour and takes only around 40 minutes.

Sintra is a picturesque village in the middle of the Serra de Sintra with various palaces, beautiful gardens and a castle from the 9th Century. A day trip to the World Heritage is 100% worth the hustle of going there. I would even recommend you to stay there for a whole weekend. 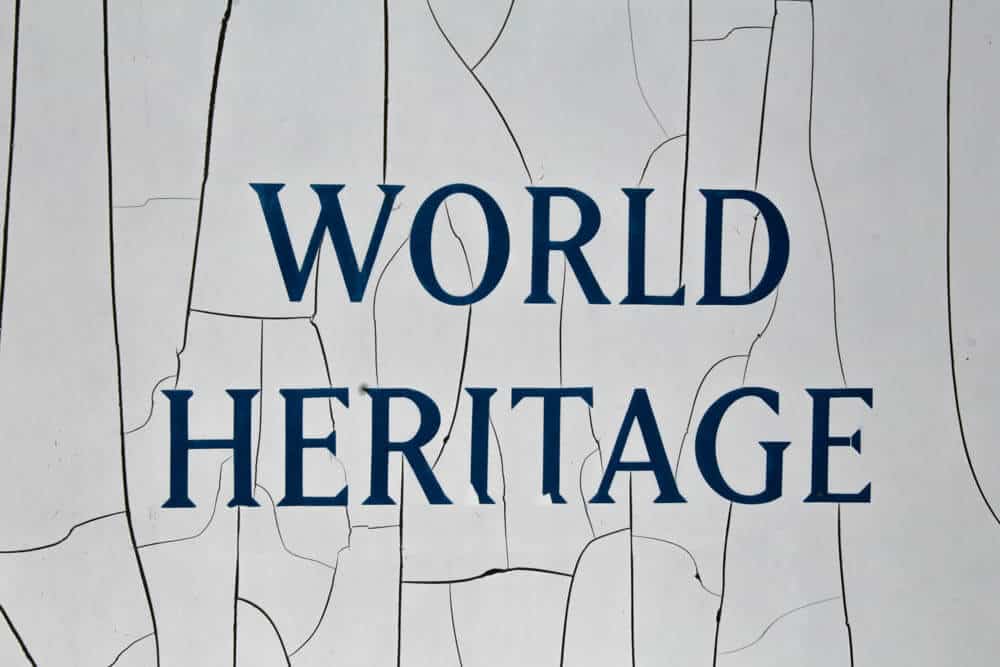 The Quinta da Regaleira is a pompous estate in gothic style, surrounded by a an immense garden with numerous highlights. 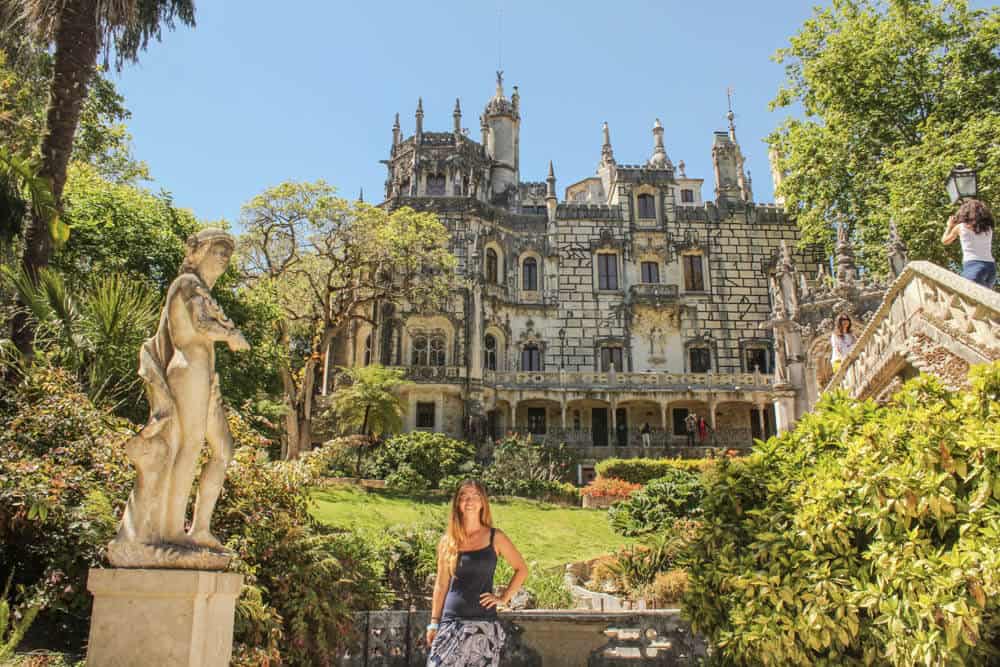 The most interesting attraction is probably the Initiative Well, which is actually not a well, but a tower, that wasn’t built up but down in the earth and that is surrounded by stairs. 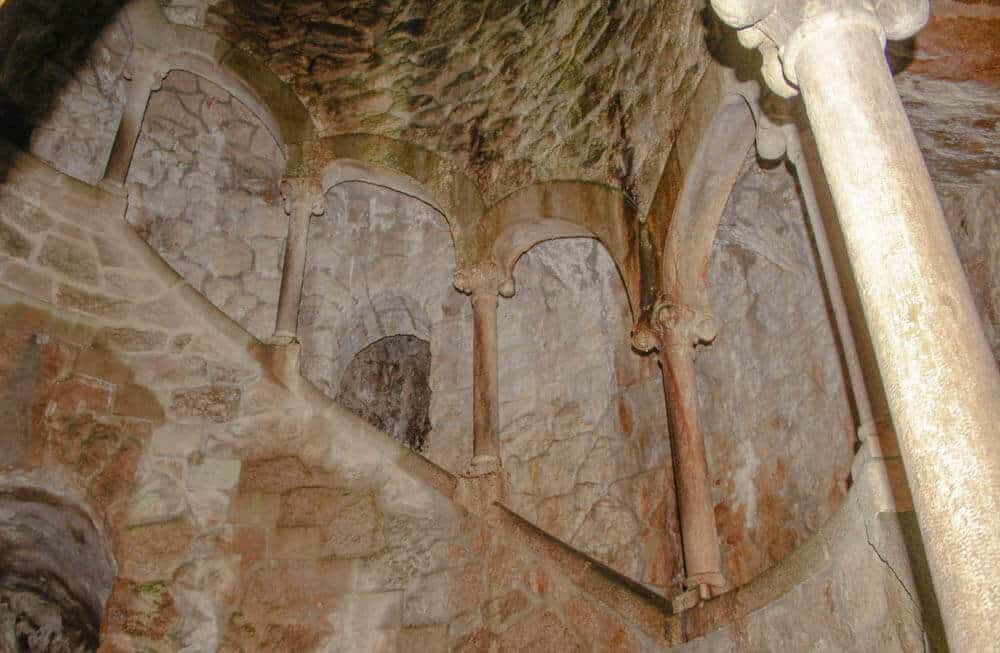 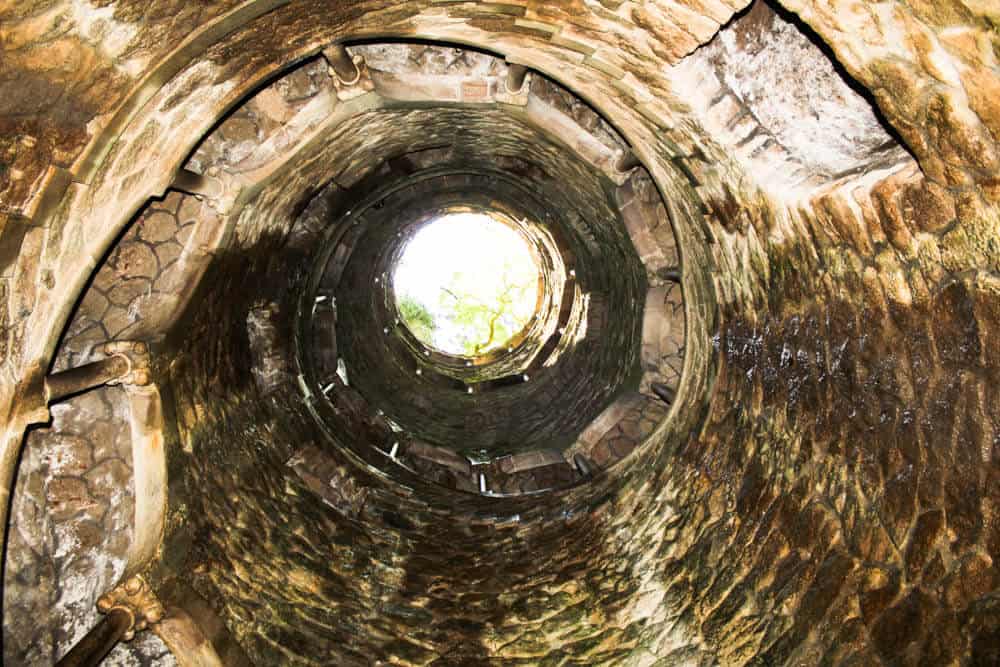 Between the many bushes you will find hidden towers with unbelievable views over the garden and on the Castelo dos Mouros – the ruin of an old castle. 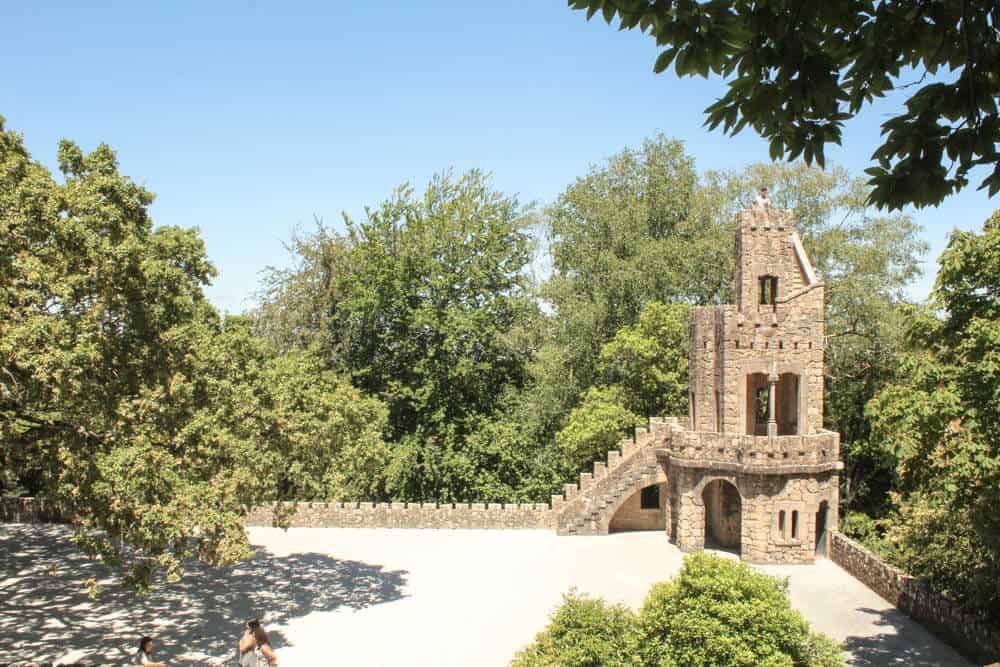 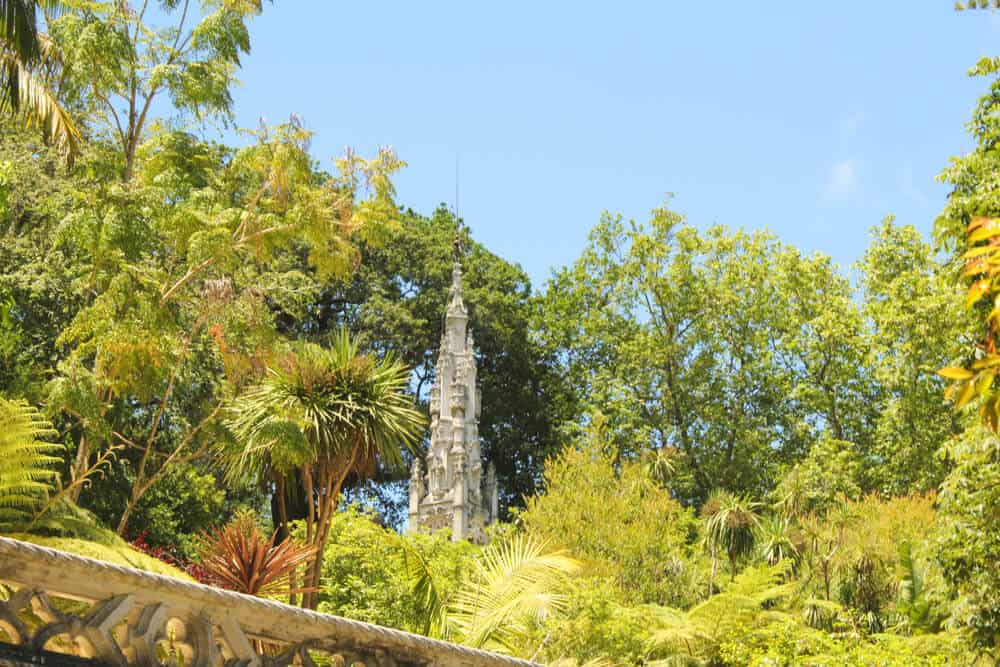 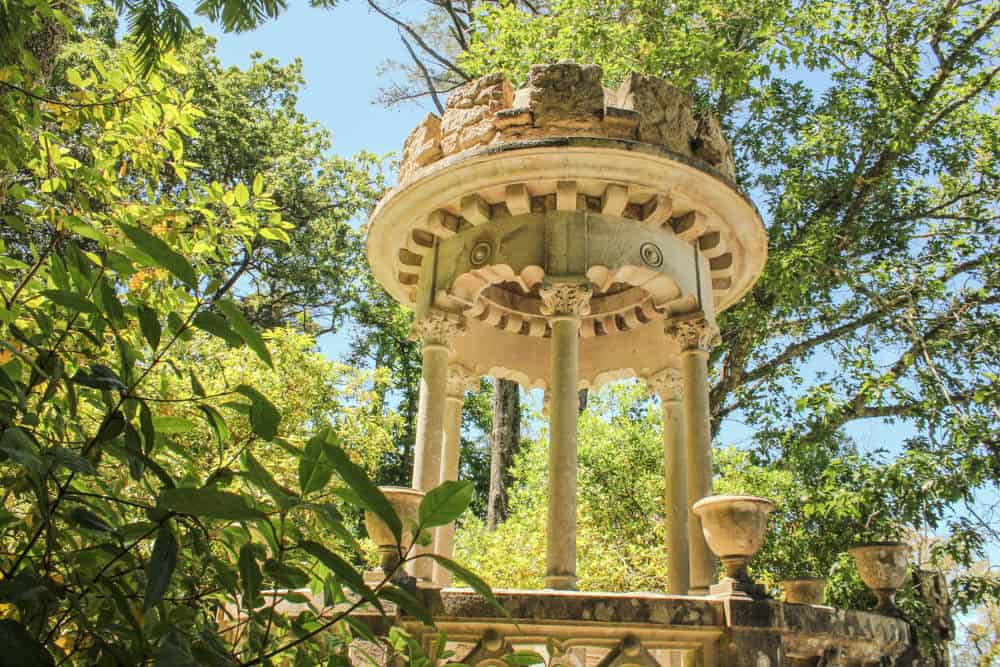 The idyllic landscape will lead you over almost invisible paths to bridges over streams and creeks or lakes as well as through mysterious tunnels – from where you get a glimpse on pools with amazing reflections of the grottos in the water – and then suddenly you get out to the sunlight and find yourself in a totally different part of the garden. 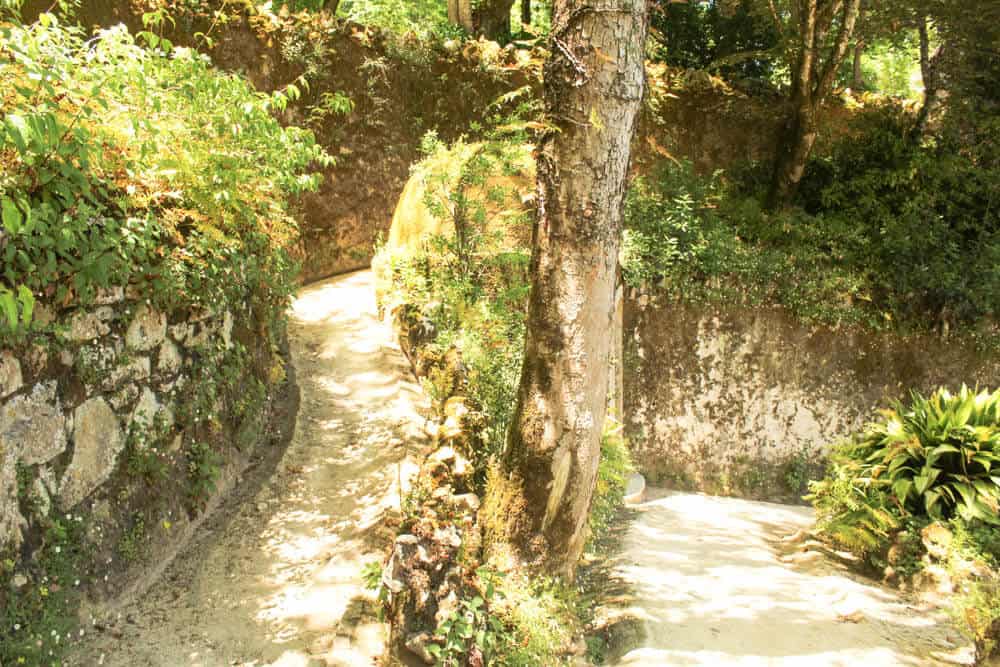 I am not exaggerating when I tell you: I could have spent a whole day here!

But after three hours we went on and drove up the hill with a Buggy, where two sites are waiting for you. One is a ancient castle Castelo dos Mouros. 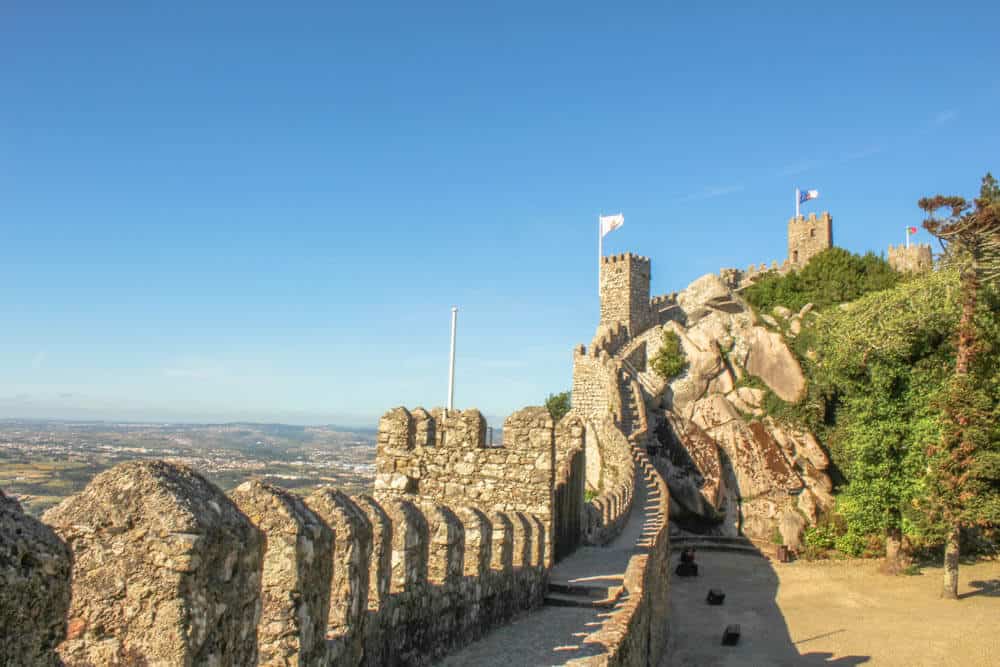 Built in the 9th Century by the Moors and conquered by the christian crusaders in the 12th Century. The restored ruins over the gardens of the Pena Palace are a symbol of Sintra. 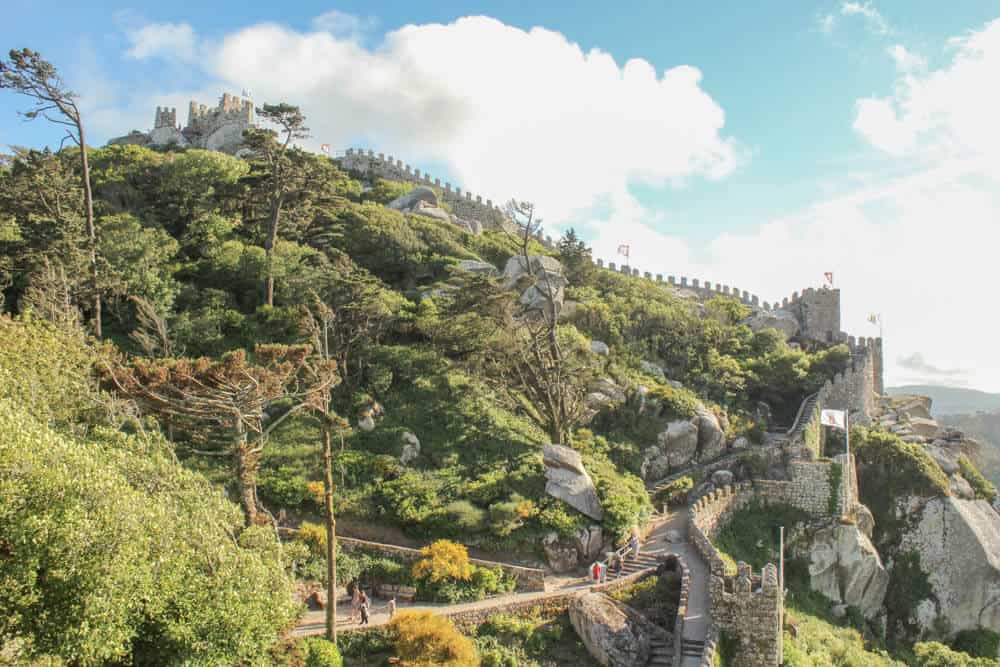 Since I always loved ruins – everything started when my parents brought me to Pompeji – I fell in love with this one. I was wandering along the stone walls enjoying the amazing view from the highest towers of the castle, while the wind was blowing my hair in my face.

Every step I took made me wonder about how it was to live here while the Moors were watching the valley from their elevated position. I was touching the stone with my hands, closing my eyes hoping they start telling me stories about what they saw.

I didn’t make it in time to see the Palacio da Pena. That’s why should start your day trip as early as possible. From the outside this palace looks almost like a too colorful episode of Game of Thrones. In the inside there are surreal art works of marble and alabaster that will take your breath. Unfortunately I only saw photos of it. Don’t miss out on that!

On my last day I asked Francisco – the guide of the Free Walking Tour – if I can do another tour with him. And… I was lucky: There was a tour to Alfama!

Alfama is a part of Lisbon that even was the city center during the time of the Moors. That’s why there are many sites in this area like the Castelo São Jorge (where the Portuguese king resided until the 16th Century) and the Panteão Nacional. And this is the place you need to go when you like bars and parties or if you like to go the restaurants where locals usually go.

The tour starts where the Free Walking Tour ended: At the Arco da Rua Augusta. 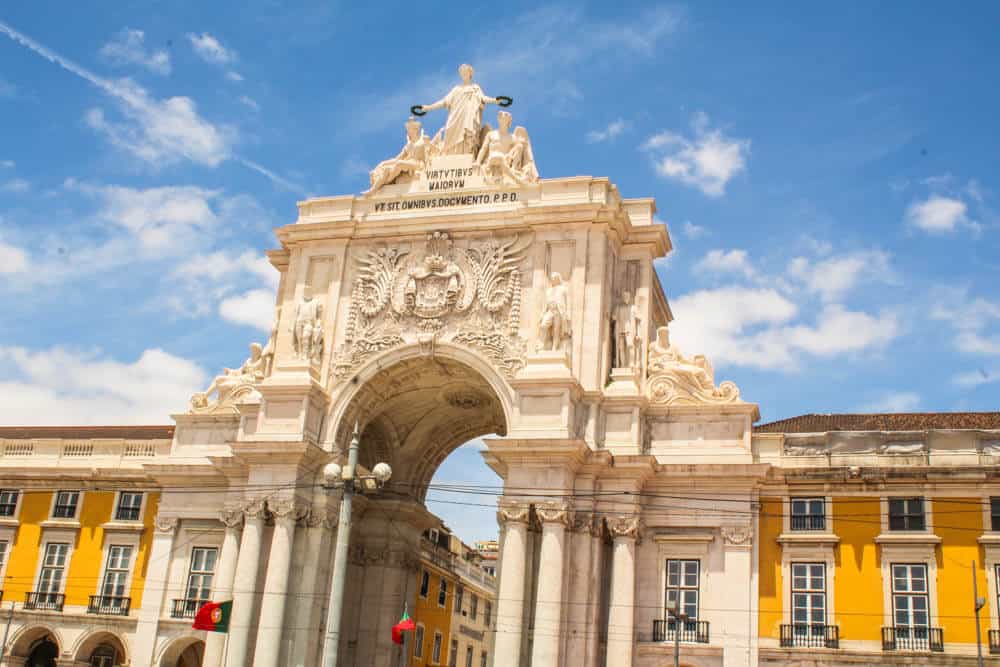 Want an Insider Tip? Alfama is built on one of the seven hills of Lisbon but there two elevators that take you up to the top. Just ask a local for the way to the elevador. As soon as you arrive up there you will find yourself in beautiful alleys with small squares inviting to have a refreshing drink. The highlight of the tour was for most of the people the Ginja testing – a Portuguese cherry liquor with more or less 20% alcohol. 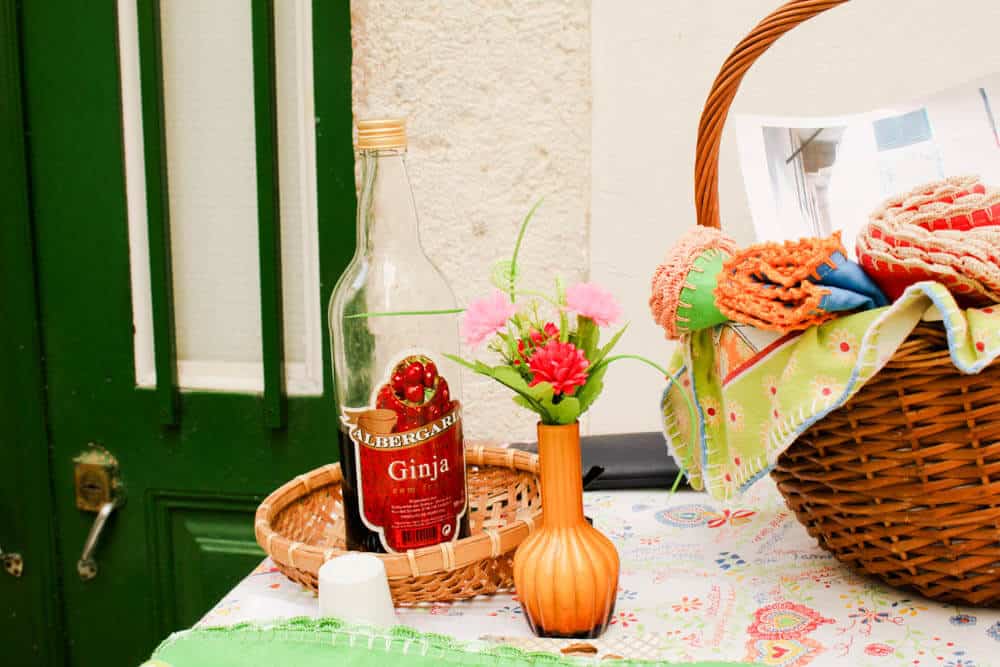 During the testing something unexpected happend: A local woman was watching us from her window and suddenly began singing a Fado song. Everytime she needed to get breath, Francisco tried to go on explaining, but then she went on with the next line of the song. It was just awesome to watch her and listen to her voice. 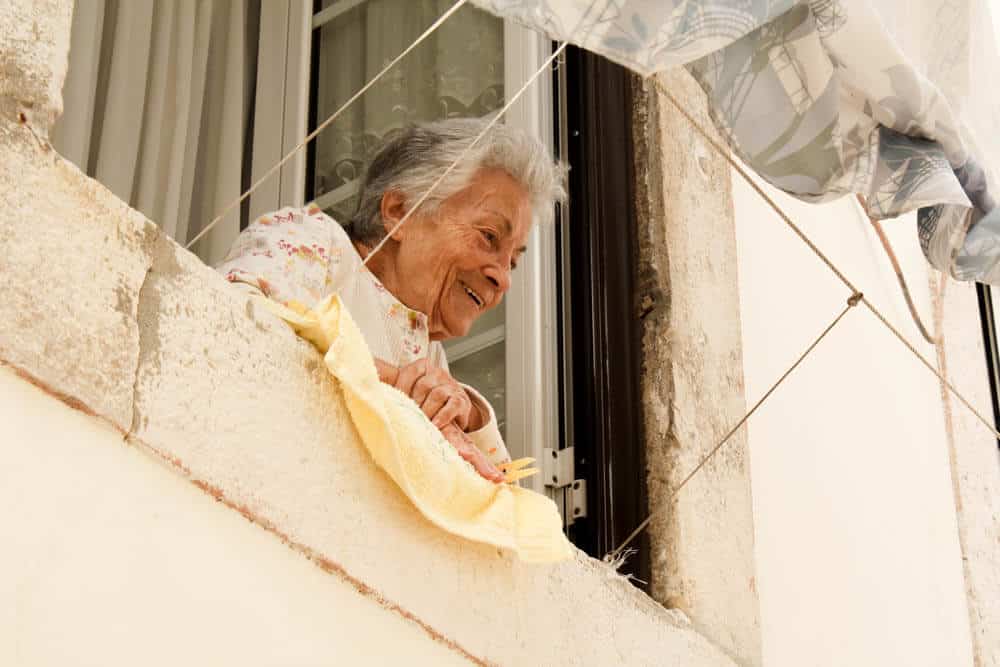 Have you ever been to Lisbon? Don’t you think it’s one of the most beautiful capitals of Europe? Tell me in the comments about your stay in Portugal!

Are you searching for a cool spot for digital nomads in Europe? You should check out one of Europe's nomad hotspots Tarifa!