Krakow And Its Legends – A Tour Through The Old Town

The wind was extremely cold when I turned left into the main square in the old town of Krakow Rynek Glowny It feels like I’ve traveled through time when I see what is in front of me. 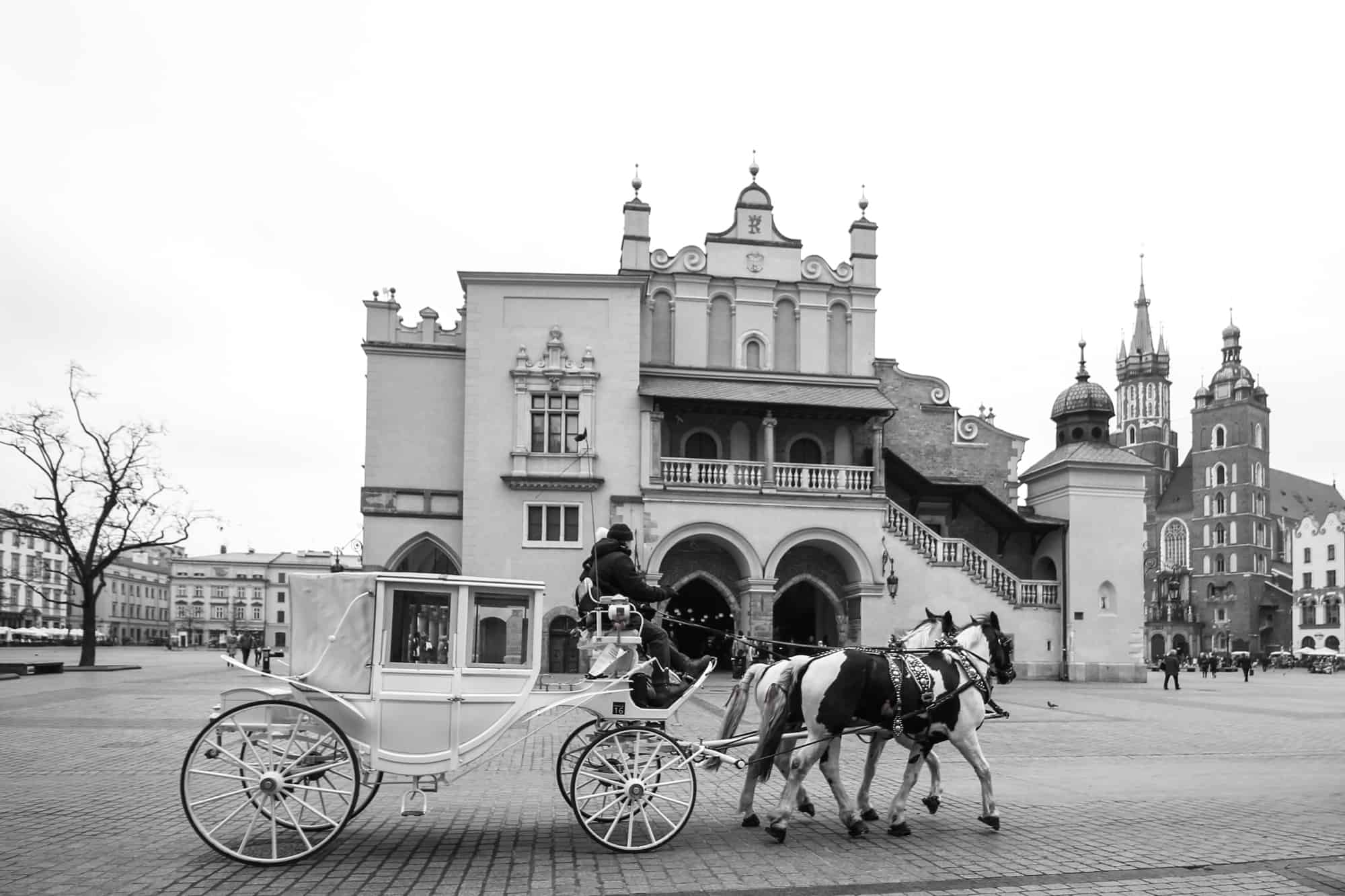 This is not only the biggest medieval square of whole Europe, but it’s as well the cultural center of Krakow. Then I see the small group of people in front of St. Mary’s Church – the meeting point for the Free Walking Tour, that I want to do today. I have no clue yet that the tour will not only lead me through a beautiful old town, but as well through incredible legends. 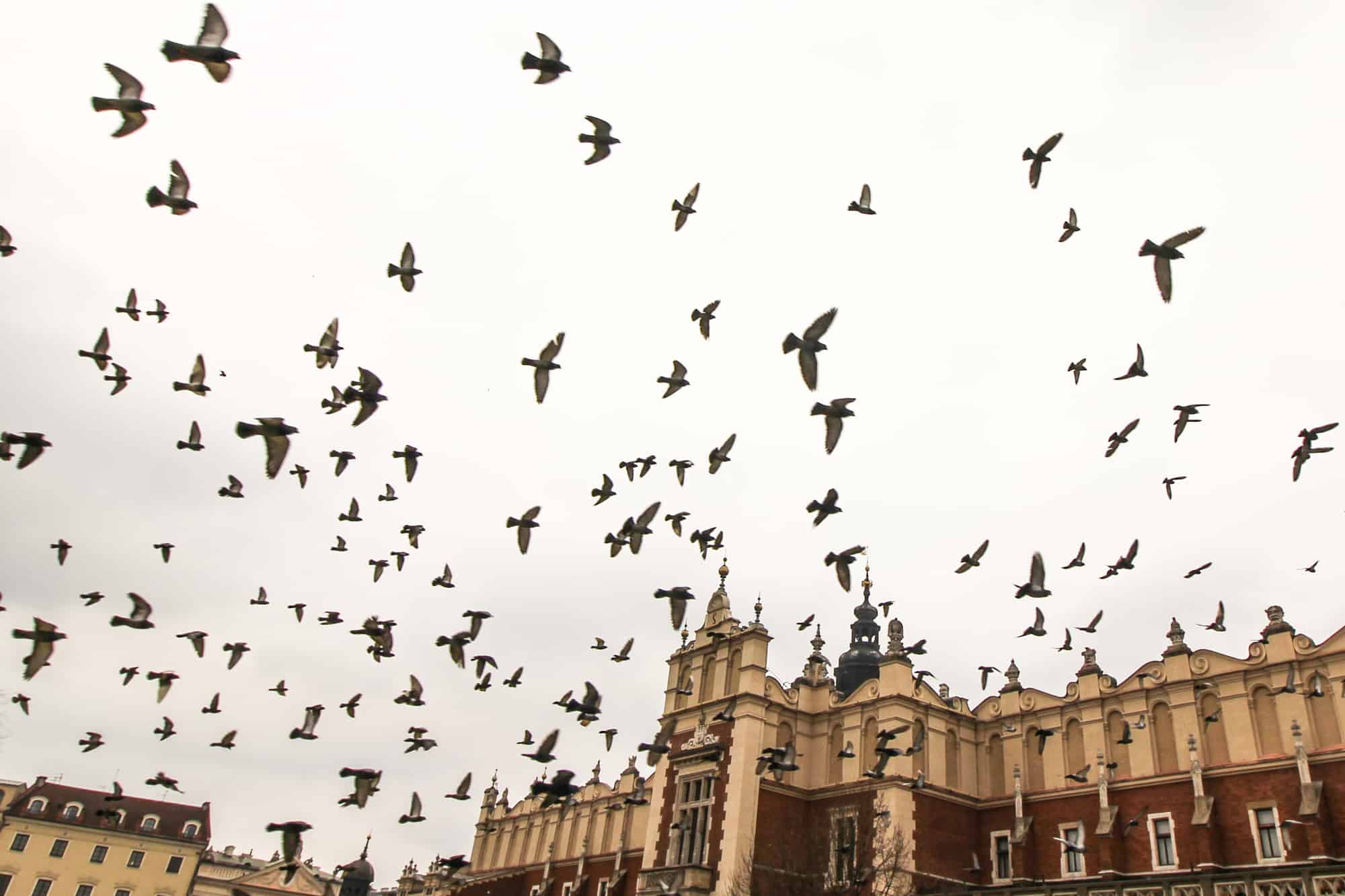 The Towers of St. Mary’s Church

Since the meeting point is right in front  of the church, our guide Chris starts with this building. “Is there something strange about it?” He askes and makes us compare the two towers. 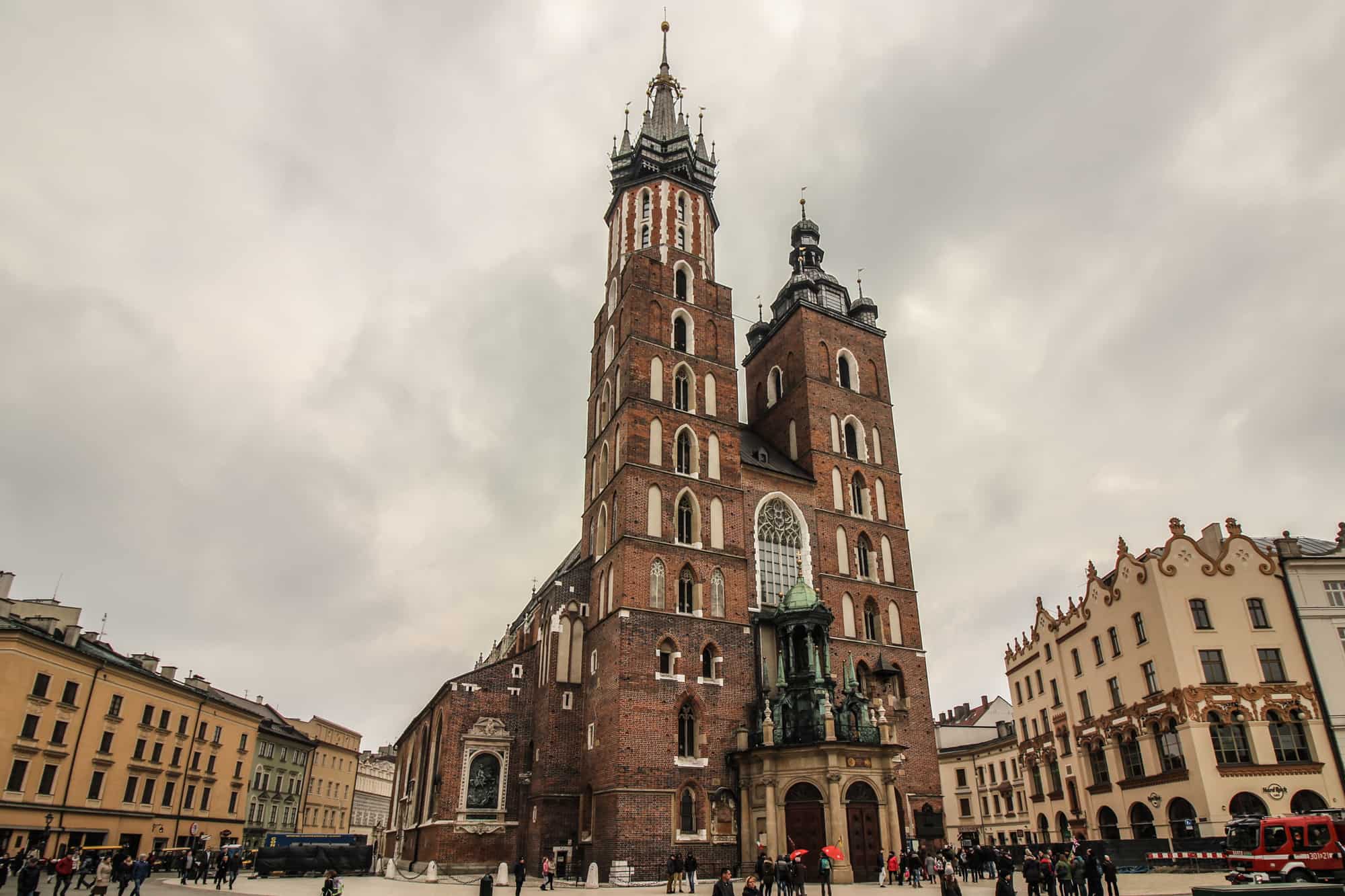 One is higher than the other! St. Mary was built in the 13th Century by two brothers. When one of them noticed, that the other was about to build a higher tower, he killed him with a knife. In the next morning he woke up, saw his dead brother and full of grief he killed himself with the same knife and jumped from the tower.

That was the first of many legends on this day… The knife is hanging in the Cloth Hall (Sukiennice in Polish) in in the center of the big square to remind everybody of this tragedy.

What the real reason is that one tower is higher than the other? The higher one was used to see enemies coming.

The Trumpeter of St. Mary’s

Every hour there is a trumpeter playing a melody for about 30 seconds. It seems to break up right in the middle. So here is the legend about why it breaks up: When the Mongols attacked Krakow and the trumpeter sounded the alarm of the upcoming danger, he was shot in the throat. Since then it’s stopping always in the middle to commemorate the victim of this attack. Isn’t this kind of romantic?

But unfortunately it’s not true! When the Mongols attacked Krakow, the chruch didn’t even exist. The real reason is that there was a second trumpeter at the other end of the city going on if everything was fine.

Krakow was in the middle of a trade route, which was why the market had an enormous importance to the city. People had to pay for using the streets and to sell on the market. Krakow became quickly a wealthy city and the new capital. In the Cloth Hall you can additionally find the knife from the legend with the two brothers. The truth is that the knife is pretty – the old one has been stolen.

The Head of Krakow

The huge head in the middle of the main square is called Eros Bendato. It’s the main meeting point for people living in Krakow, because everybody knows “the head of Krakow”. It’s empty which is making it a famous photo spot: So jump inside and look through the eyes of the head. Unfortunately there was no legend about it. But a fact: The head is used a lot by teenagers who want to drink in public although it’s strictly forbidden. So they simply go inside to hide and drink alcohol. 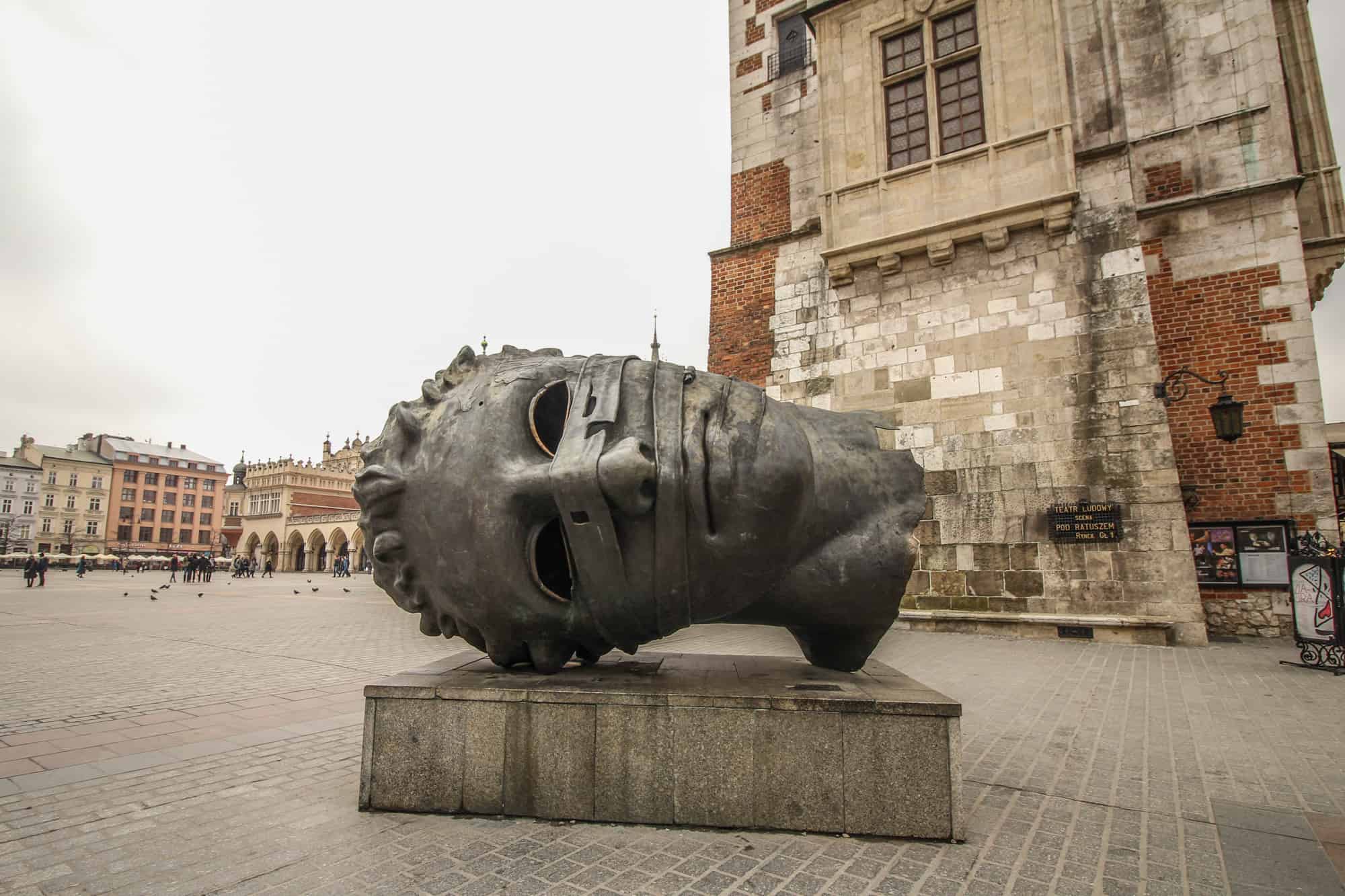 Lady With an Ermine

Ludovico Sforza wanted a portait of his mistress Cecilia Gallerani, but since he was married he couldn’t have it made in the normal way. He asked Leonardo Da Vinci who painted the Lady with an Ermine. Ludovico Sforza’s nickname was “the white ermine”. Da Vinci was using the animal as a symbol to unite the two lovers in a forbidden union in this painting. 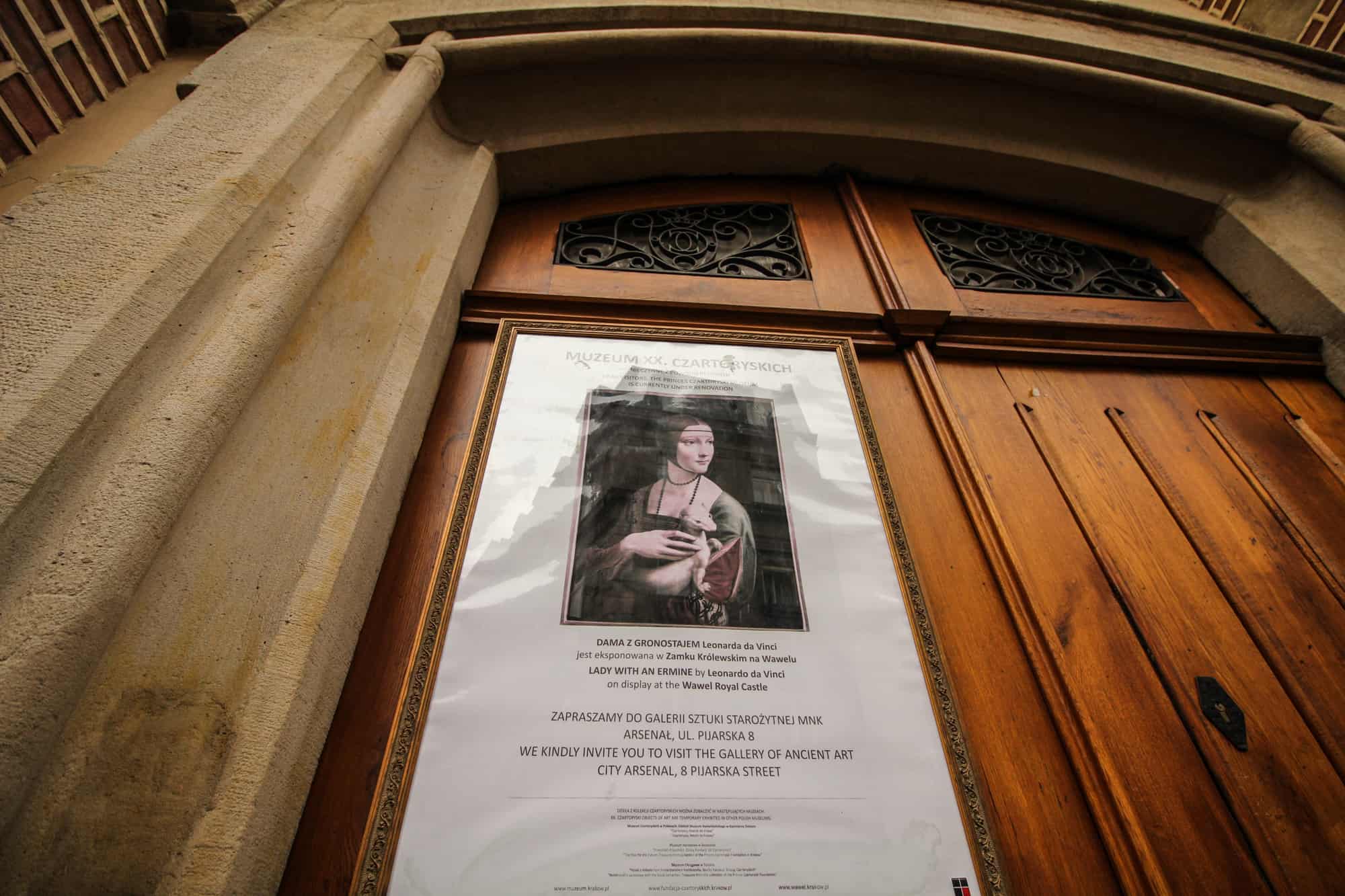 The University of Krakow

If you need a little sightseeing break, this is the right place! Just go down the stairs and find a cute café where you can get warm or simply rely your feet. 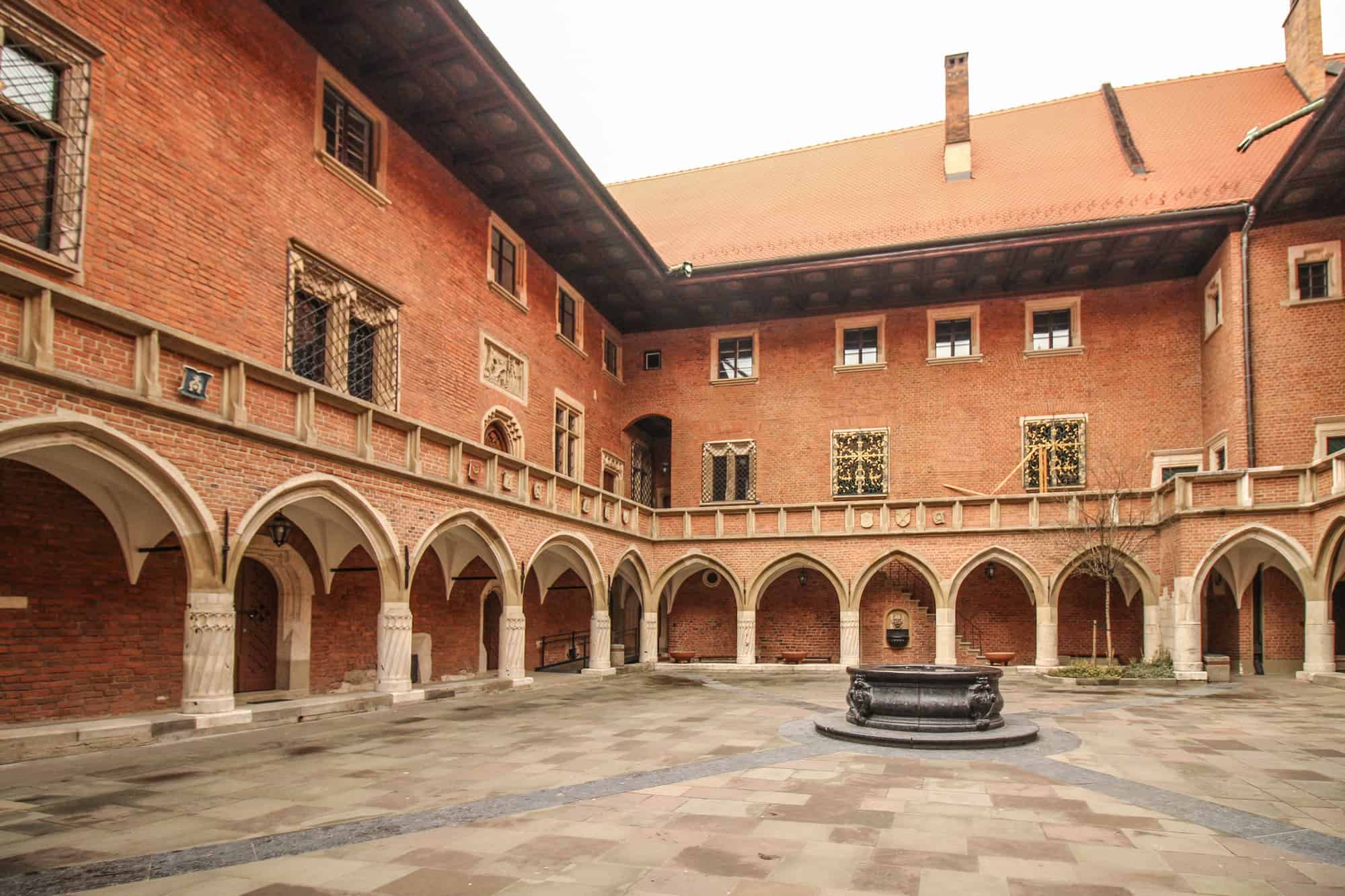 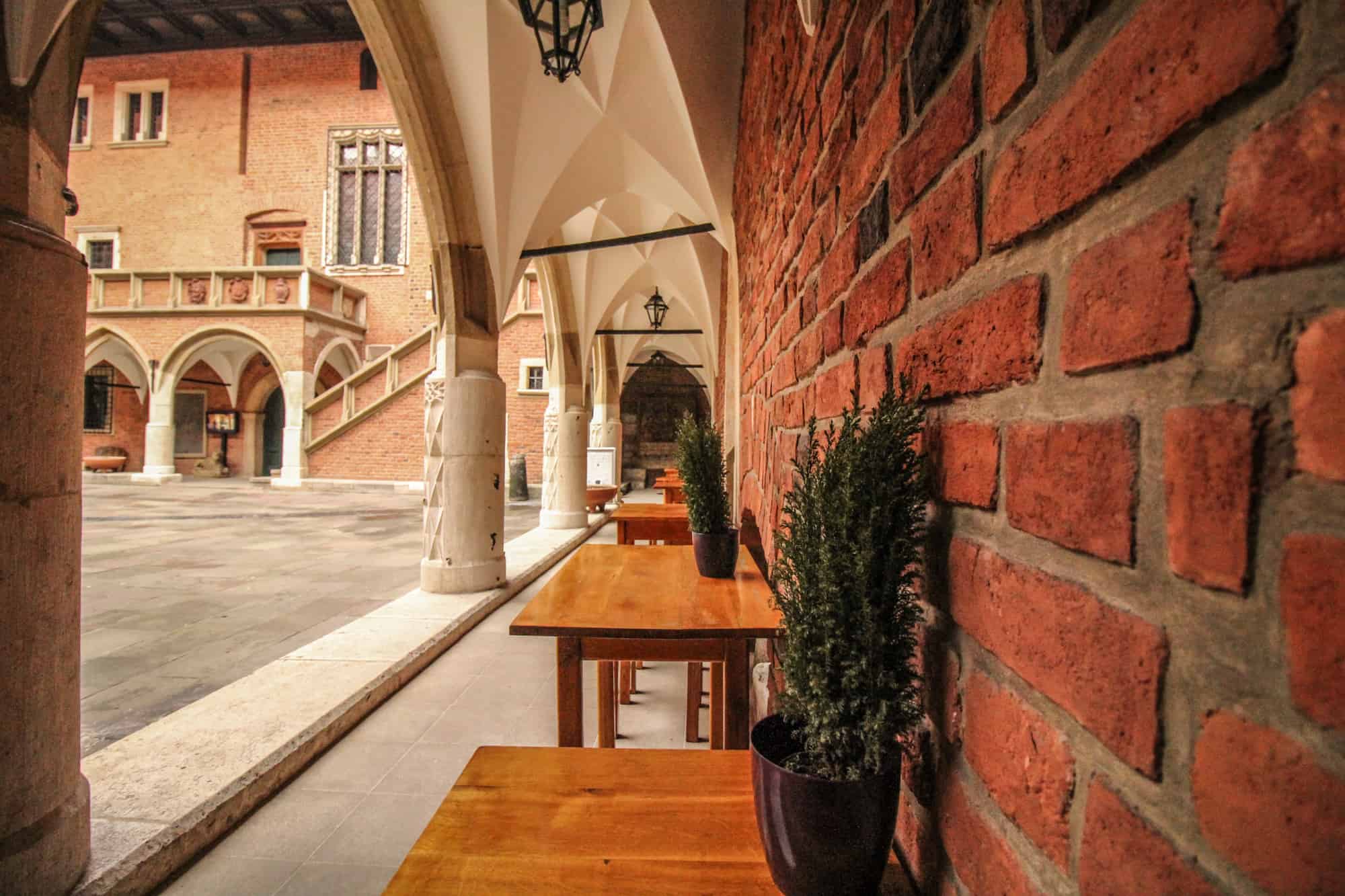 The modern university is known for going on with the lectures during the nazi regime although it was forbidden and punished. The most famous student of that time was Karol Józef Wojtyła, pope John Paul II.

The Dragon of Krakow

Many centuries ago there was a dragon in Krakow. He demanded a virgin to eat every morning. The city quickly ran out of virgins – only the kings daughter Wanda was left. So the king promised the hand of his daughter to the man who defeated the dragon. No knight was lucky, but then a cobbler’s apprentice came and told the king that he could kill the dragon with a lamb. The king gave him the lamb and Skuba – that was the young man’s name – opened the lamb’s belly, stuffed it with sulfur and set it in front of the dragon’s cave. When the dragon saw it, he immediately ate the whole animal. The sulfur made it get really thirsty after a short time, so the dragon went to the river Vistula and started drinking. He drank and drank… until he exploded with a big bang.

And the moral of this story? You don’t need weapons or muscles to defeat an evil, you just need to be smart! Today there two bones of the dragon in front of the cathedral on the Wawel (the hill with the royal castle). The truth is that they belonged to a whale and a mammuth in very ancient times. If you want to see the dragon: You can look down to the Vistula river from Wawel hill. There isthe sculpture of a dragon in front of a 80 Meters long cave that is even breathing fire every few minutes. 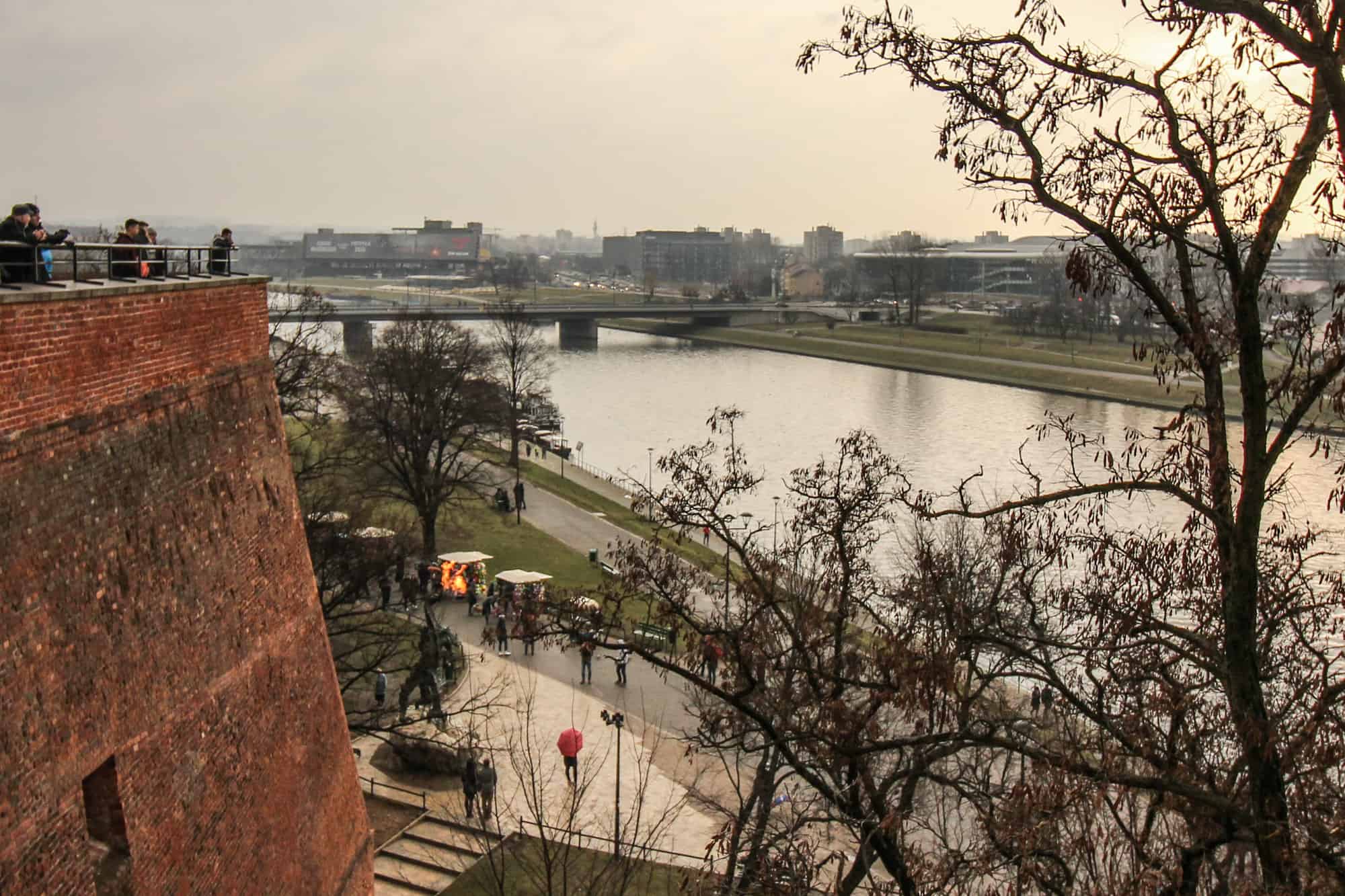 I definitely need to come back to Krakow in summer! The legends, the medieval buildings, the warm-hearted people… I would like to come back and enjoy all this. Because Krakow is worth it!

Have you ever been to Krakow or to another city in Poland? Hit the comment button and tell me about it!

PS: If you’re searching for a place to stay in Krakow and you enjoy a city’s nightlife: Check out the Little Havana Party Hostel. But you should be a true party person and enjoy party atmosphere. If you do, this is the perfect place for you!

EUROPE
HELSINKI IN ONE DAY

EUROPE
MY THREE HIGHLIGHTS IN PRAGUE