The Yosemite National Park is located directly at the Sierra Nevada in the north of California.

In 1984 it was declared a UNESCO World Heritage Site because of its impressive granite rocks, waterfalls and Red Woods. 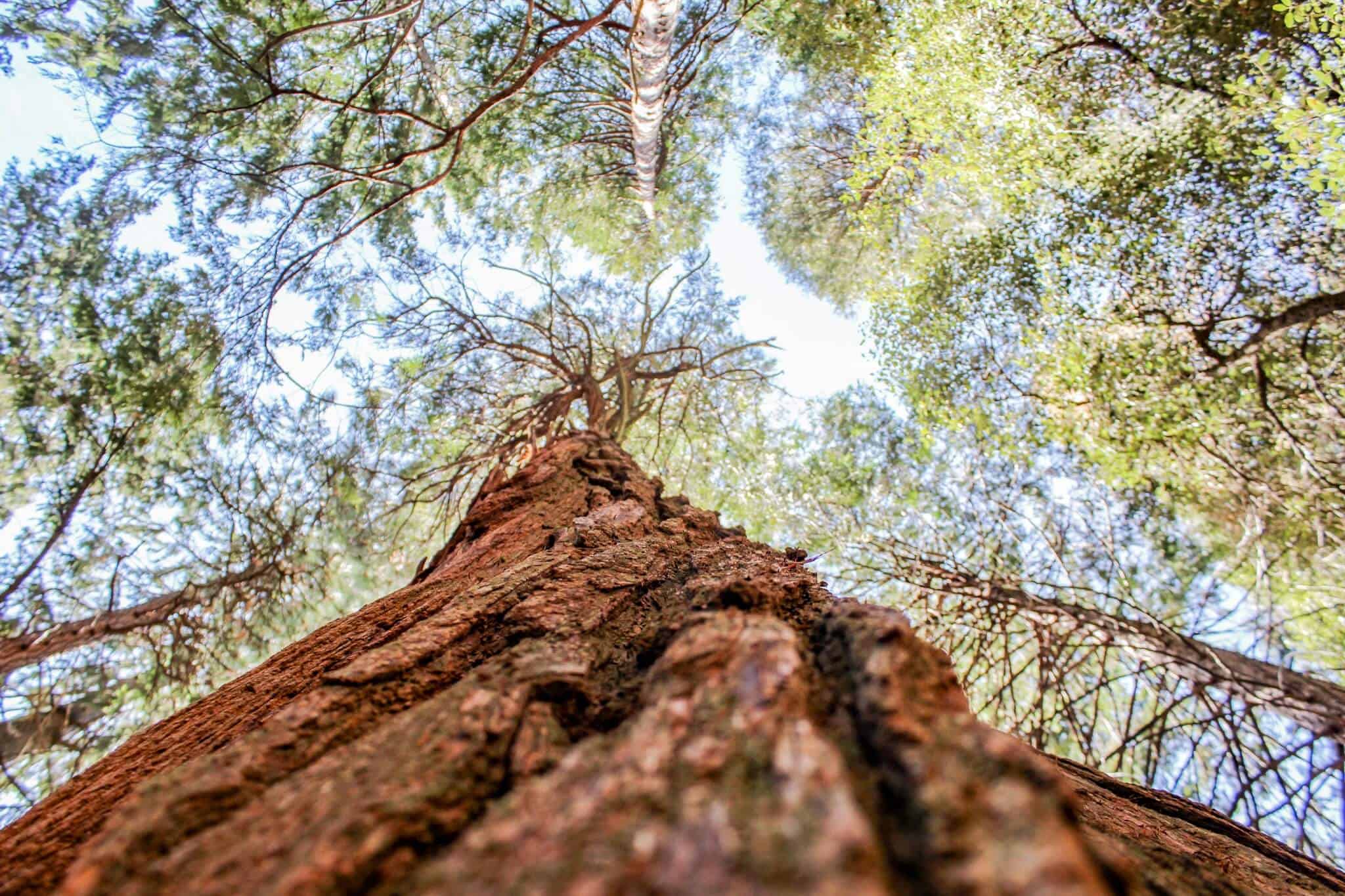 Yosemite National Park – How to get there

I arrived on a warm and sunny spring Saturday. I came by rental car from San Francisco. That’s about four hours by car.

As a visitor you only pay an entrance fee of 30 USD during the summer months and 25 USD in the winter months per car. Free parking is available in Yosemite National Park. However, as these are limited, you should consider arriving early. There is a shuttle bus system in the park that will take you anywhere. So you can get fully involved with nature.

I only spent one night in Yosemite National Park. I slept in one of the tents in Yosemite Village. Alternatively you can stay overnight in a lodge, but of course the prices are not very backpacker friendly. Already the prices for a tent are quite high: You can expect about 100 USD. If you are traveling alone, this is not a bargain…

Unfortunately, I didn’t find the map I got at the entrance very helpful, so I needed more or less the whole first day to find my way around. Maybe you should really use the shuttle buses. I really wanted to go exploring alone with my rental car. I would probably not dare to do that again.

In addition, the trails are not sufficiently signposted. They usually only show their names, but not their length, difficulty and average running time (as was the case in the Muir Woods National Monument near San Francisco).

That’s why I didn’t dare to start a hike after 4 pm. I was afraid to create only a fraction of the trail until I had to turn back so that I wouldn’t be surprised by the darkness.

So it happened that on Saturday I only drove to the individual viewpoints to which I could go by car. 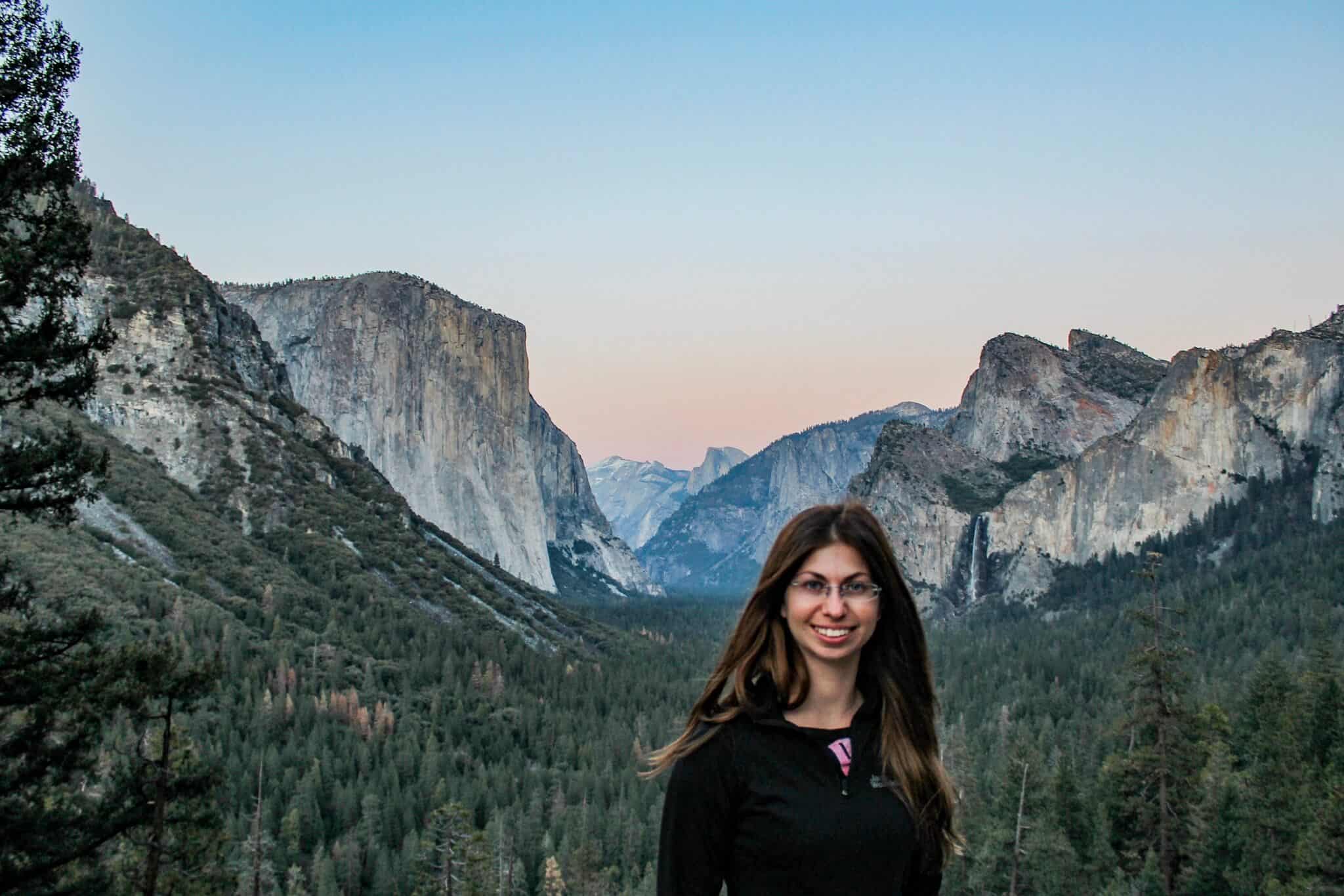 It was nice anyway!

On the second day I decided for the tour to Mirror Lake in the morning and the 4-Miles-Trail at noon. 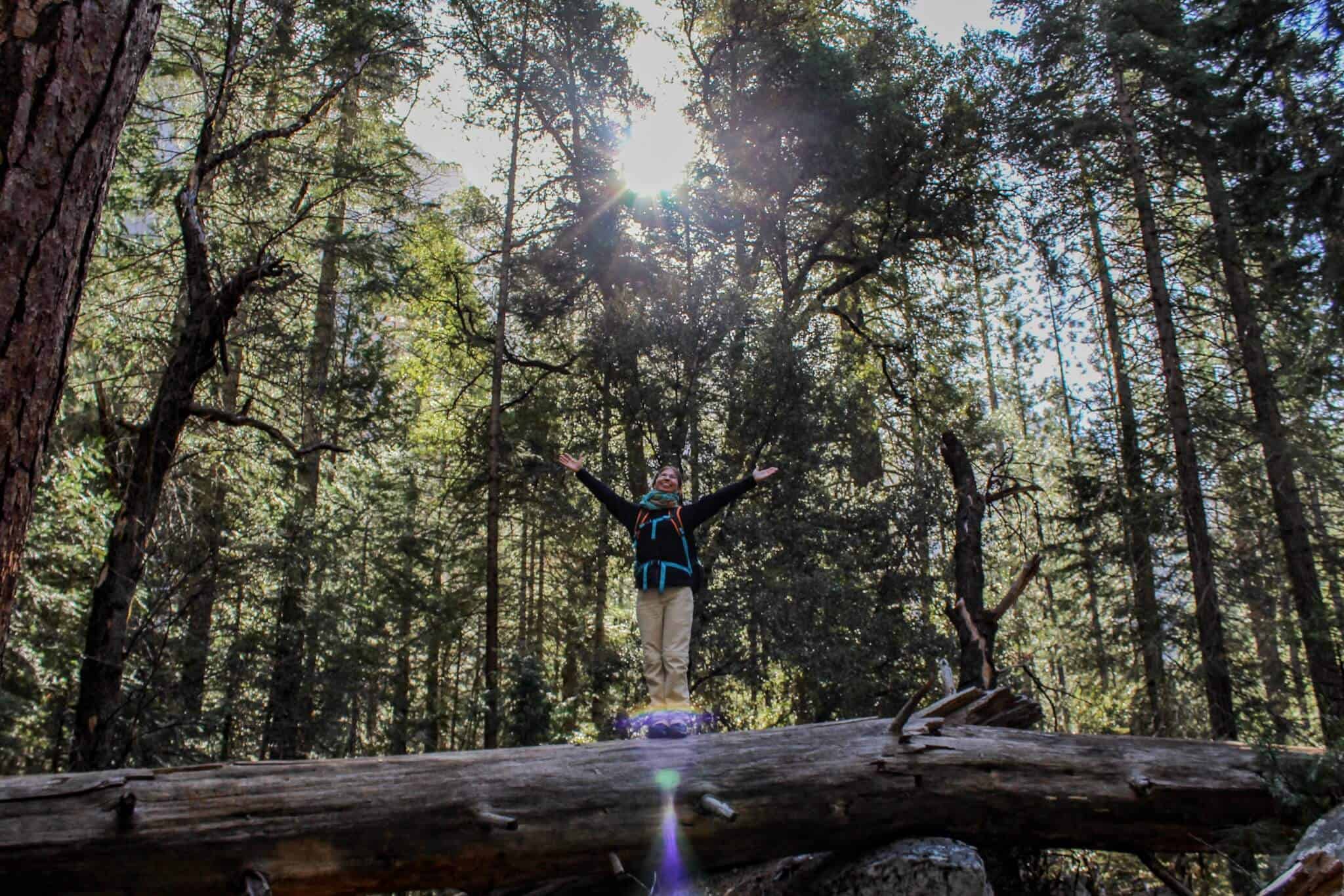 Unfortunately, Mirror Lake was almost dry… In winter, it hadn’t snowed very much and the ice hadn’t melted yet. Nevertheless I could take quite a picture, or what do you think? 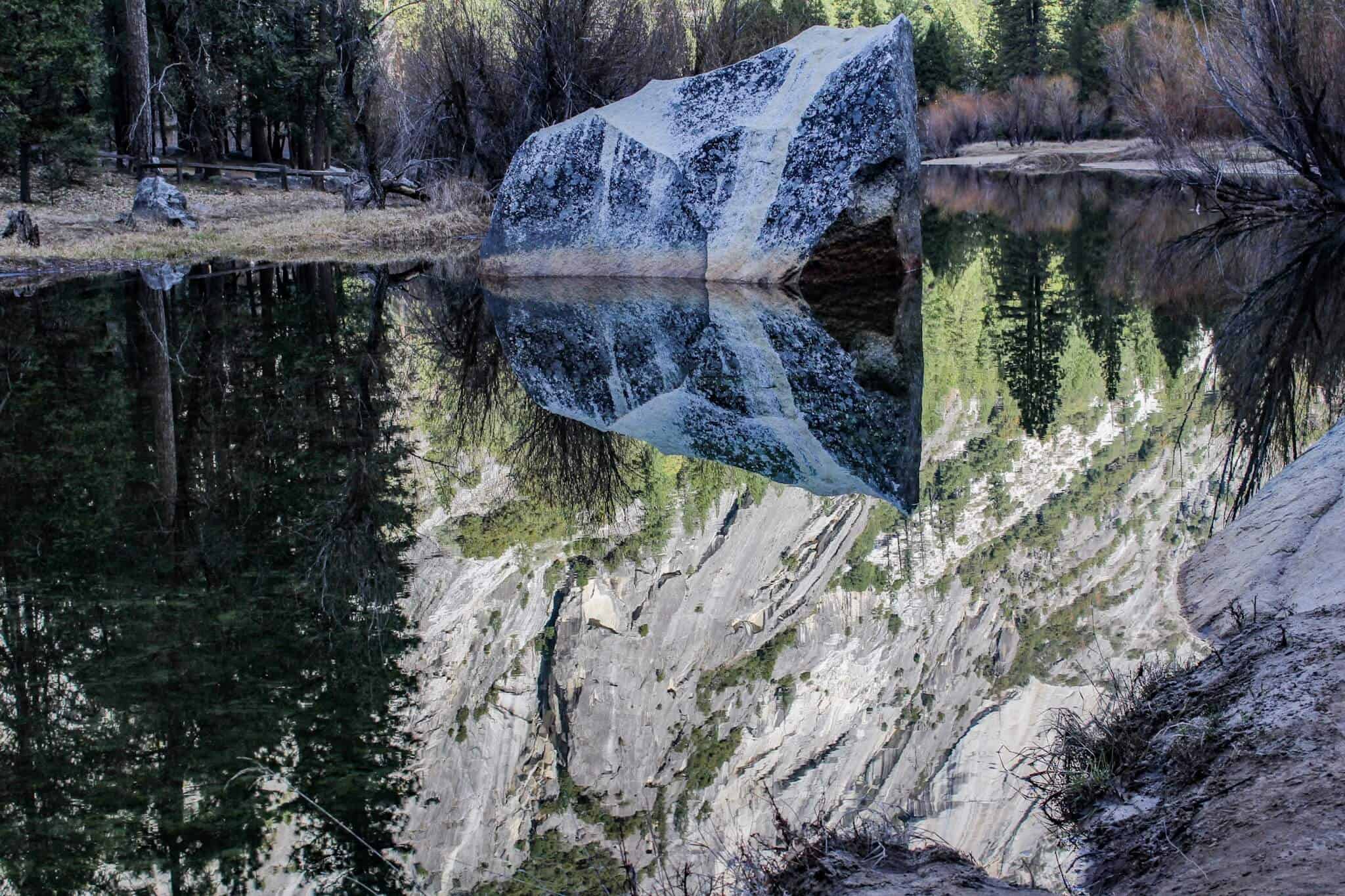 The 4-Miles-Trail was a tough one! It was steep all the way. 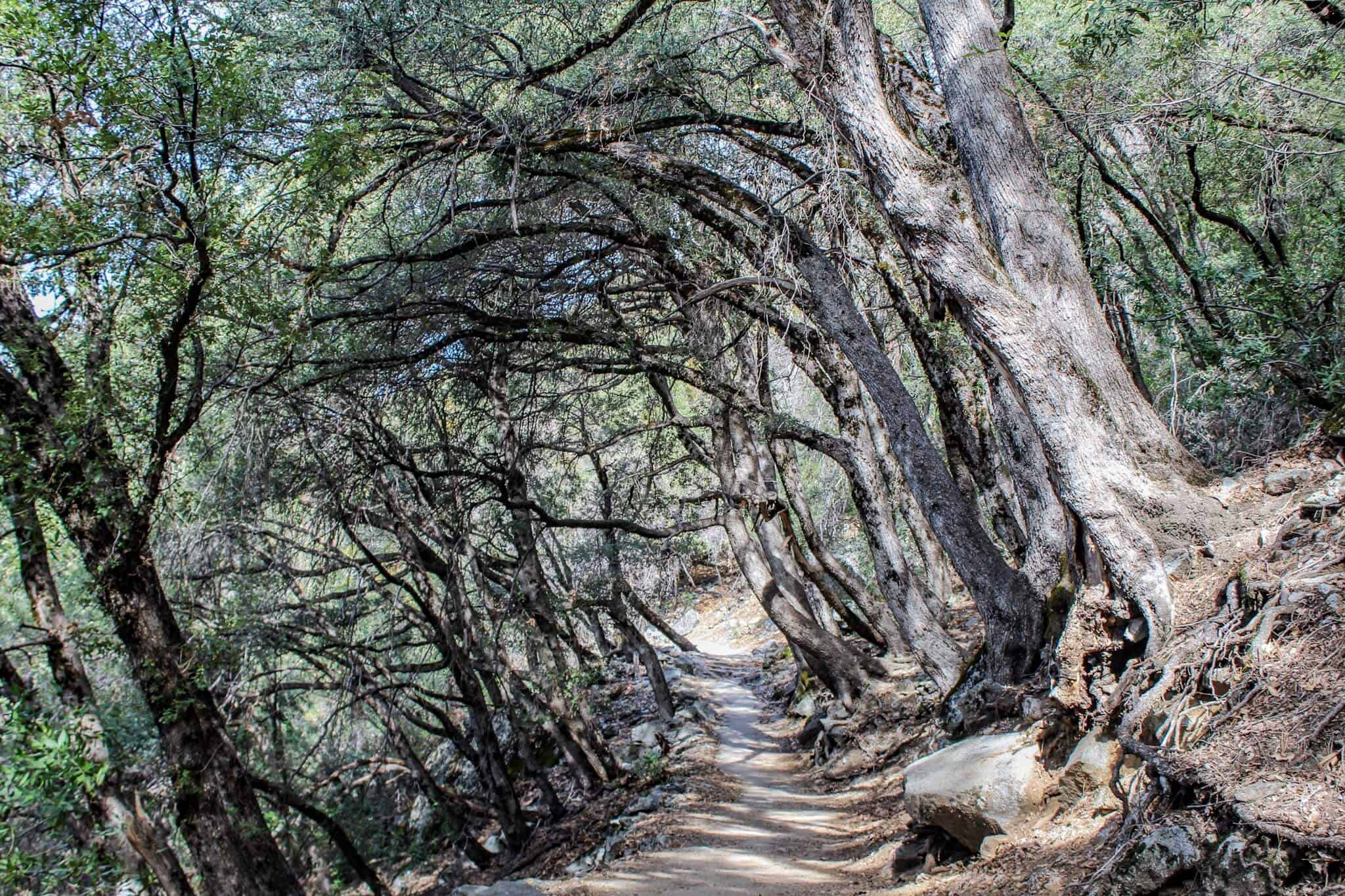 It was quite exhausting, but it was worth the effort!

Because the view was magnificent! 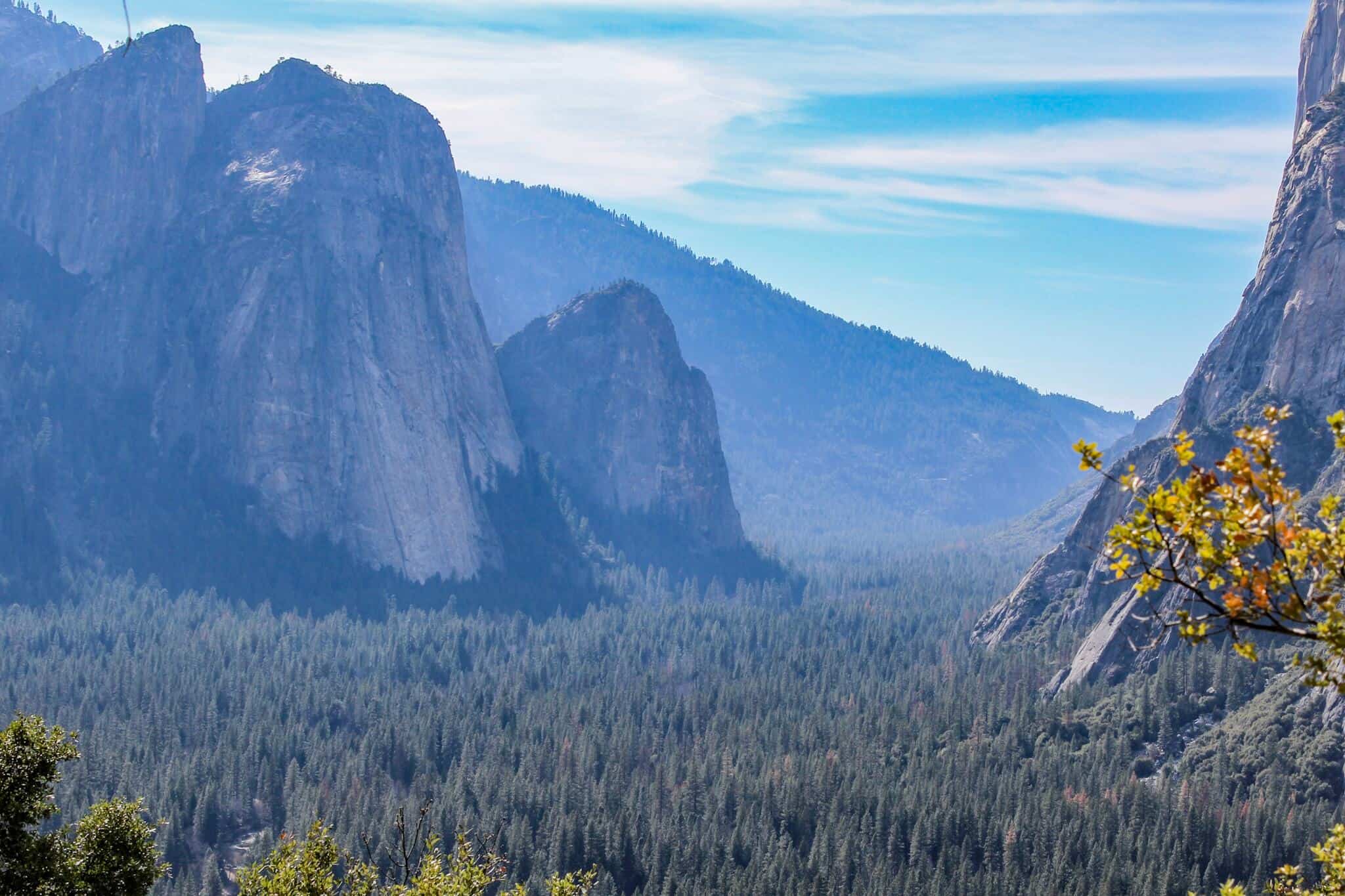 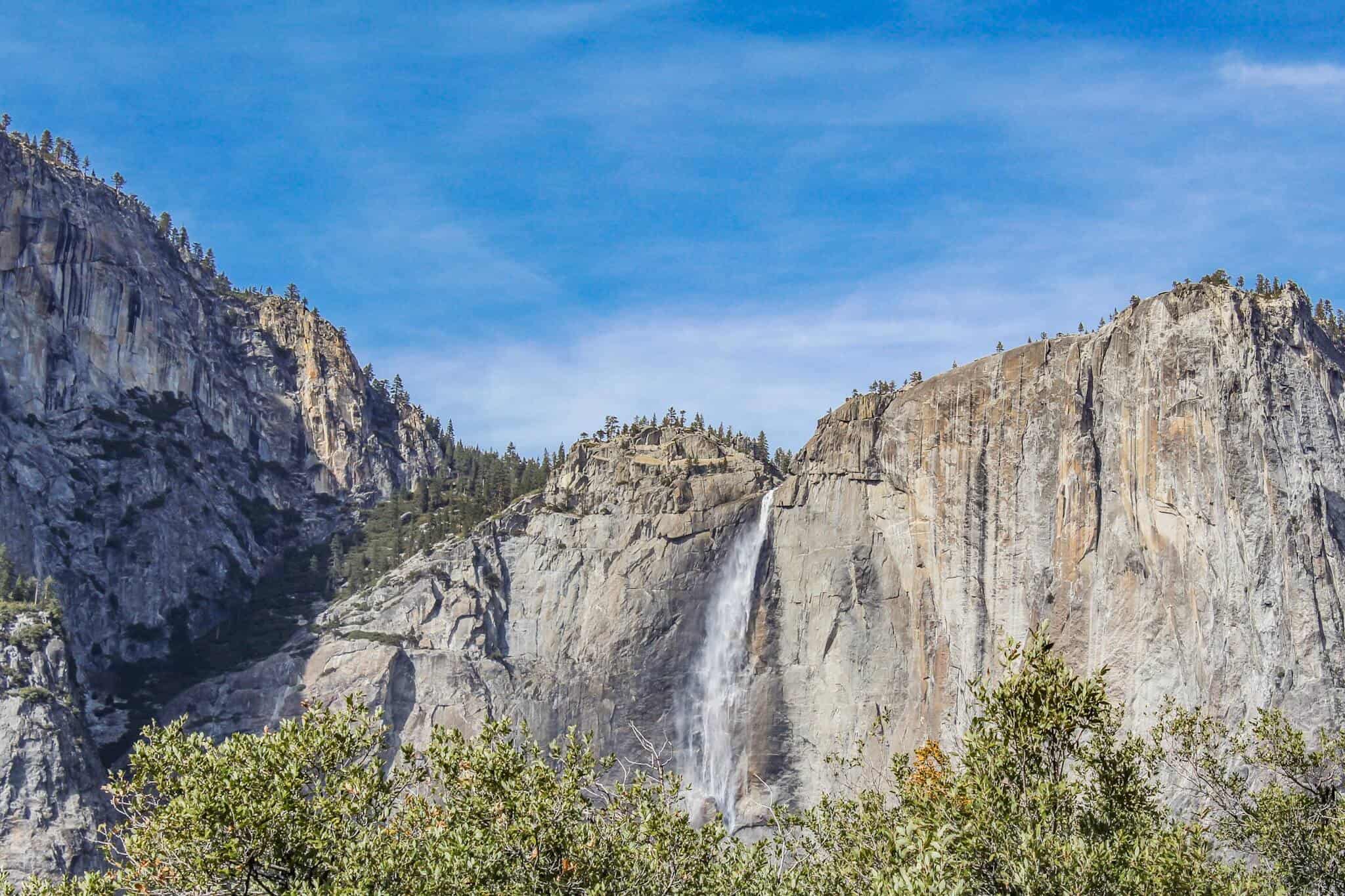 That’s where I made my vlog. You can watch it on Youtube if you understand German: Gruß aus dem Yosemite National Park!

The Yosemite National Park is not only an absolute landmark of California, but also a must for every nature lover. Here you feel one with nature. At times I didn’t meet a soul and had the hiking trail almost for myself. Maybe it was because of the low season. Unfortunately, I have no comparison. But it was definitely beautiful!

Have you ever been to Yosemite National Park? Isn’t it just fantastic there? 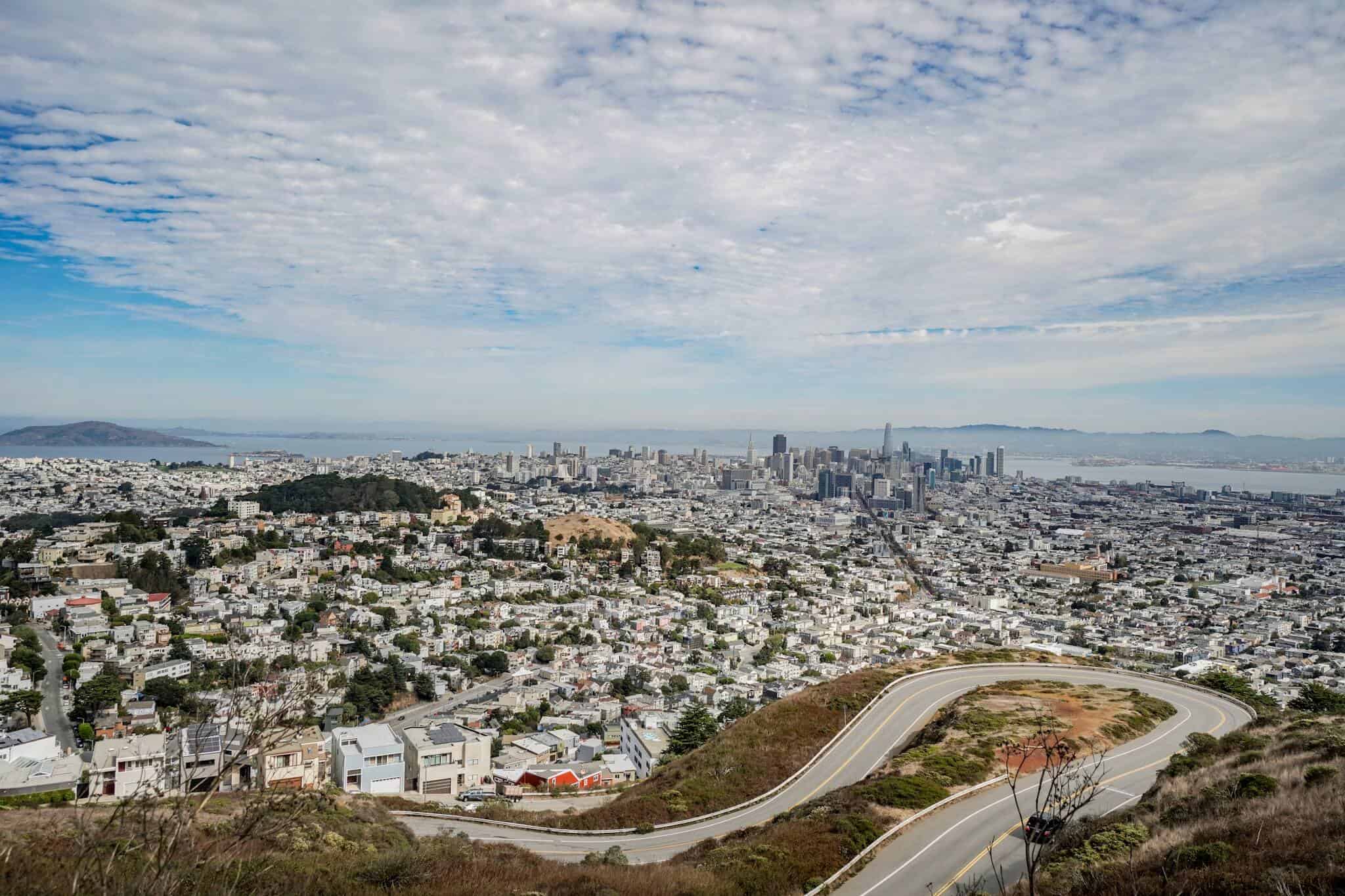 VEDA Challenge Day 31 is on My Month with VEDA… One month of digital nomad talk and infos. Thanks for joing my challenge and sticking with me for 31 days!

VEDA Challenge Day 31 on My Month with VEDA

VEDA Challenge Day 30. I will tell you why the last vlog broke up and why I didn’t prepare anything for this day.

VEDA Challenge Day 29 on Love as a Digital Nomad – Why you shouldn’t give up on the lifestyle of a digital nomad just because you think you will never find a partner!

VEDA Challenge Day 29 on Love as a Digital Nomad

VEDA Challenge Day 28 on Blogging as Part of Your Business – Why you should see your blog as a business without the blog being your business? I will tell you more in this vlog!

VEDA Challenge Day 28 on Blogging as Part of Your Business

VEDA Challenge Day 27 on Days that Suck – the before I left my wallet at the spot where I did the vlog. I wanted to use this situation to show that even digital nomads can have bad days. A nomadic lifestyle is awesome but there a good and bad days like in a “normal life”.