Frankfurt is the heart of the region – that’s true! But there are so many more places around the Rhine Main Area that are worth putting on your bucket list. I checked out a few places during my last stay at home that I had hardly or never visited before.

You are a history enthusiast and enjoy places where it feels like you’ve traveled through time? Then you should check out the Hessenpark! 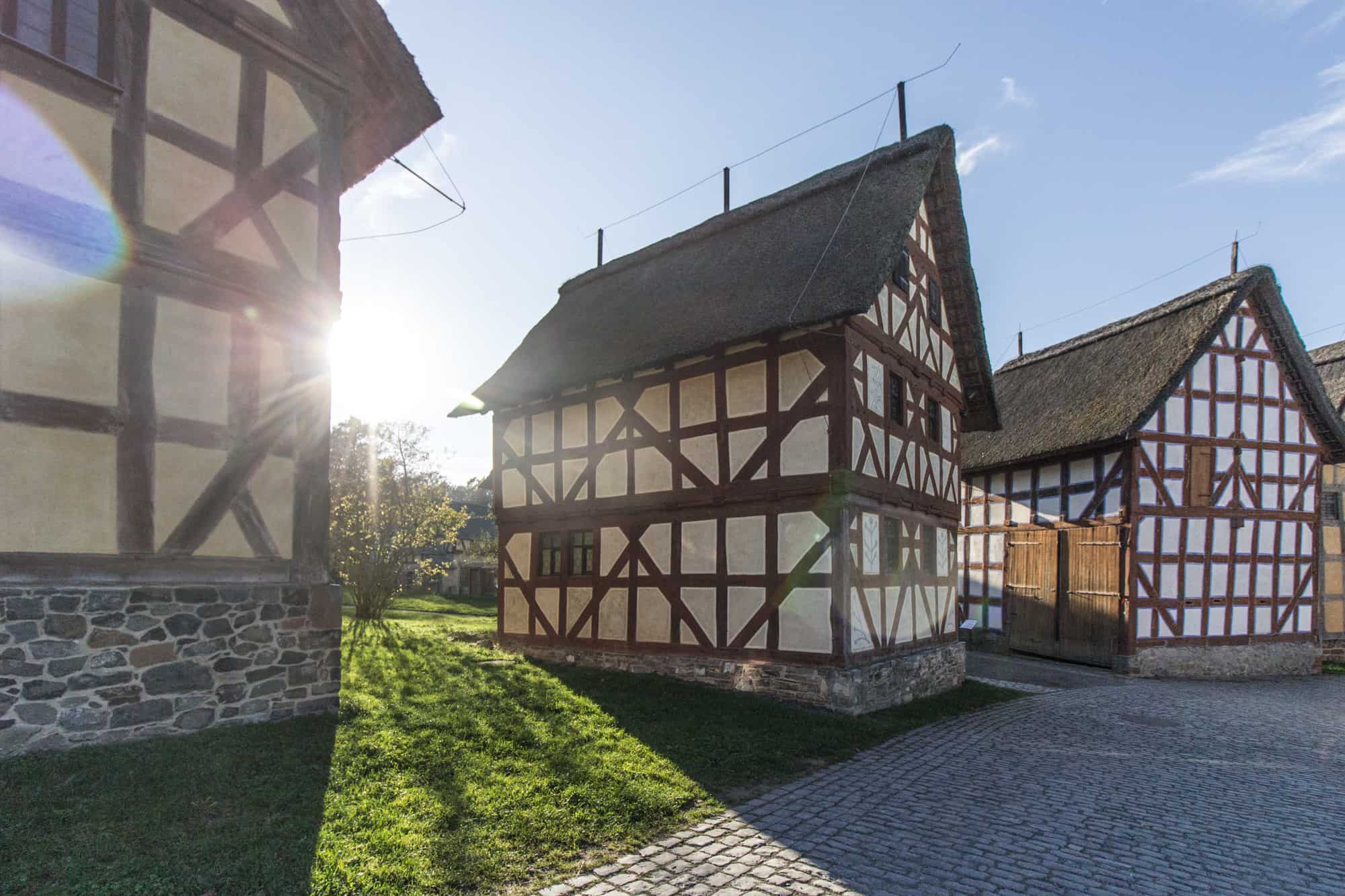 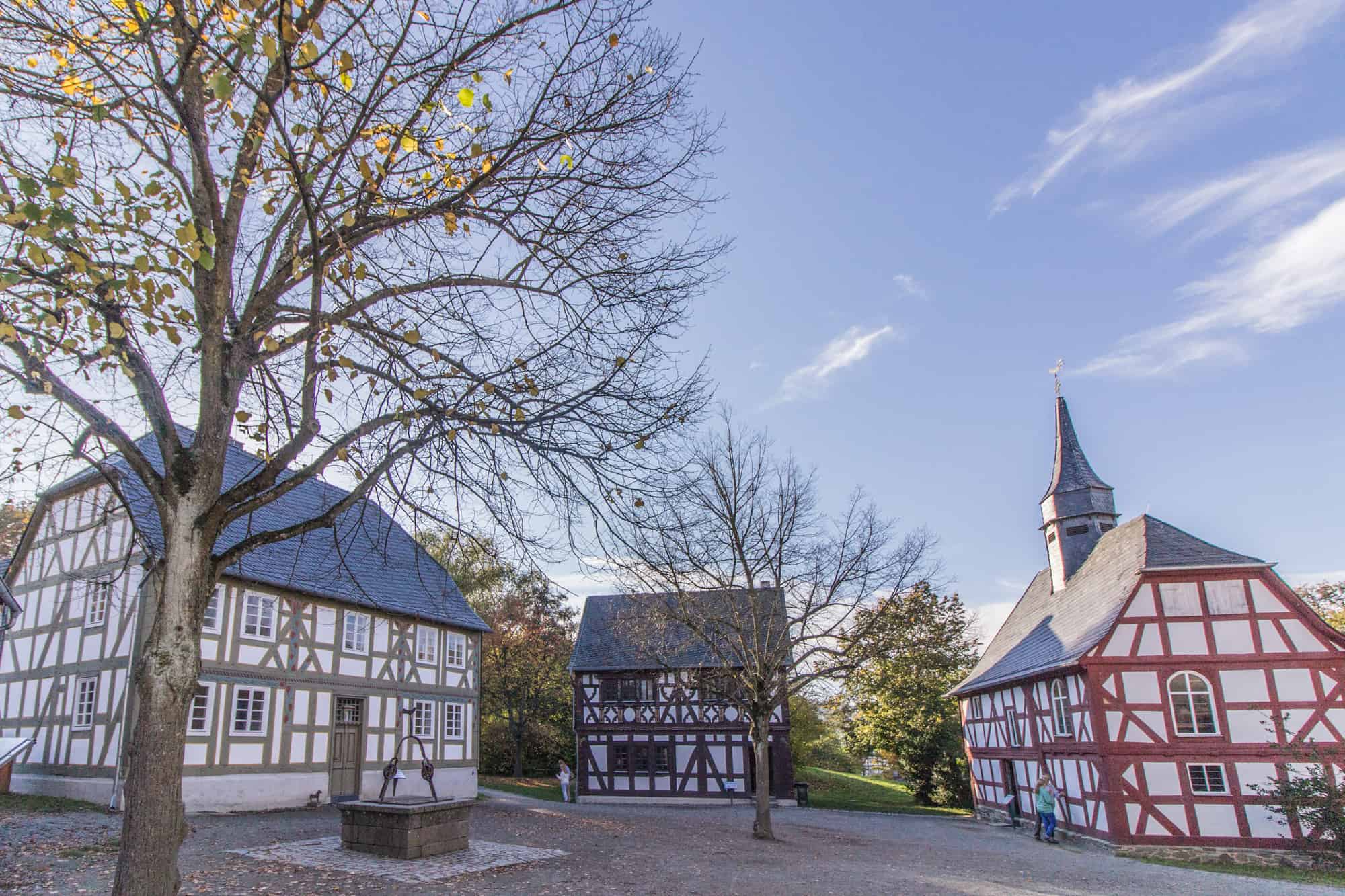 The open air museum has several groups of buildings who represent the development of architecture and lifestyle. It shows houses between the 17th and the 20th century… 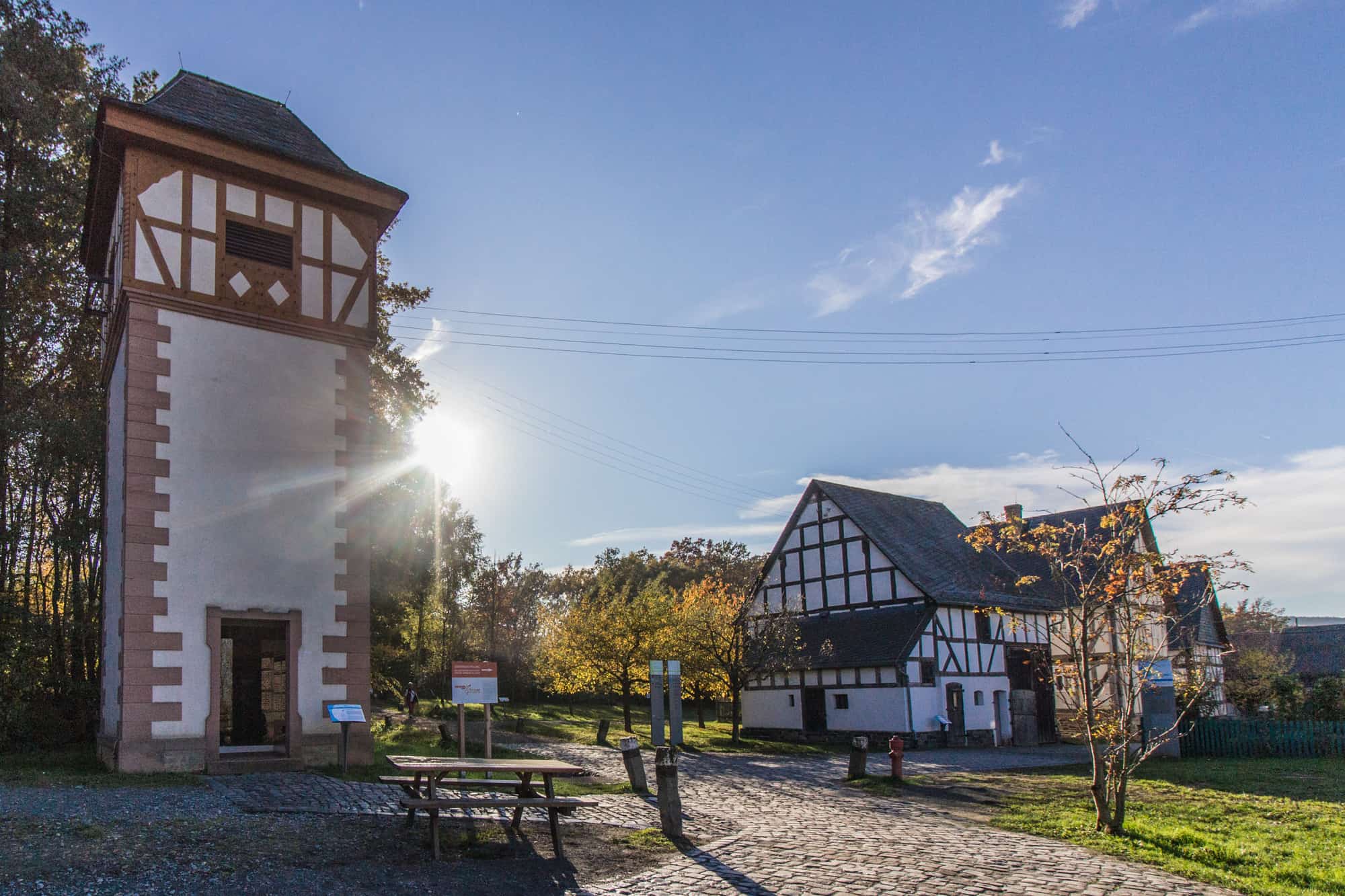 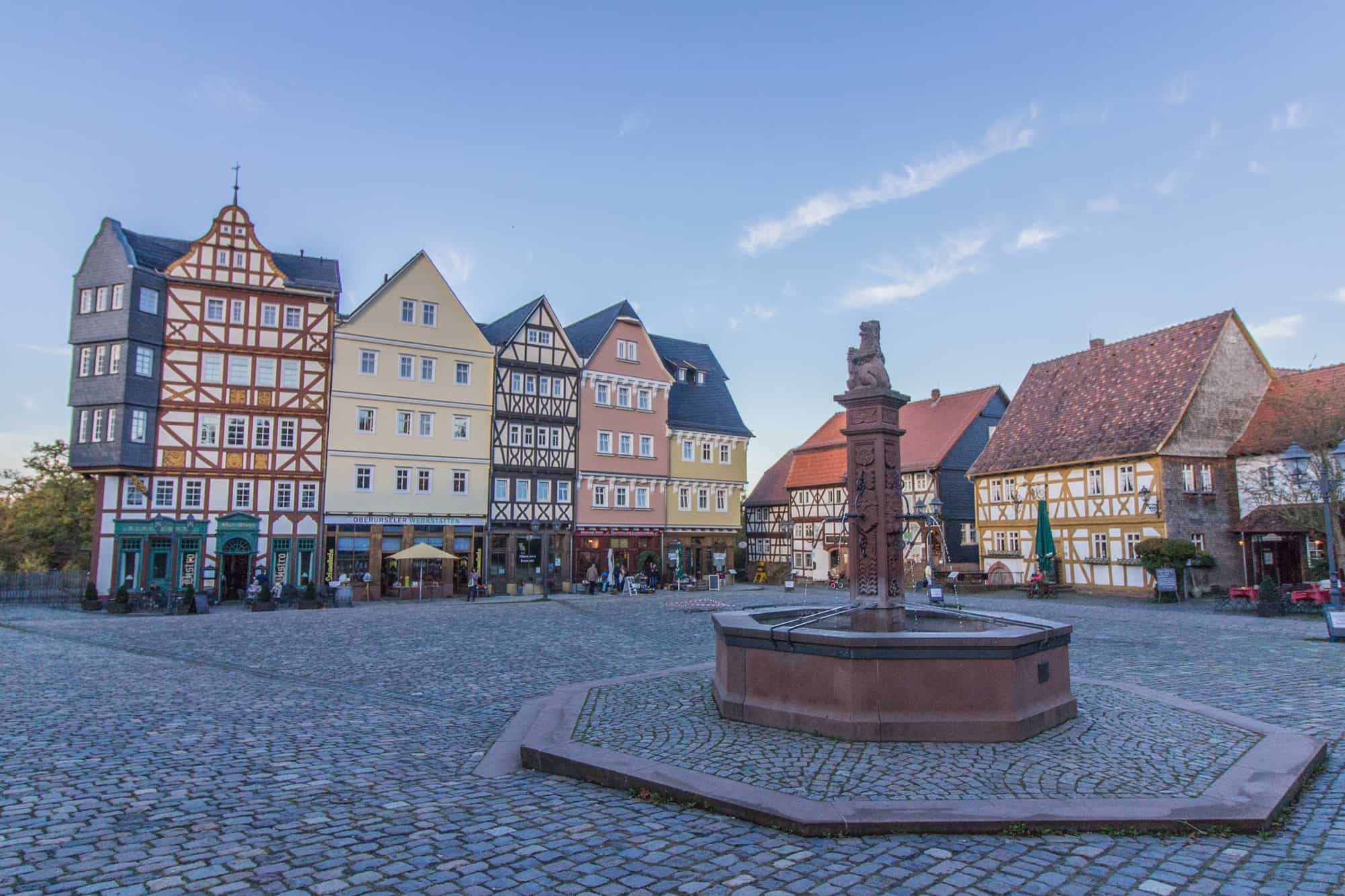 Normal houses, public institutions or churches are waiting for you. In a bakery, you can watch a woman baking bread as it was done centuries ago. Go for it if you want a bite! She had just finished walnut bread when I was there! It was delicious! 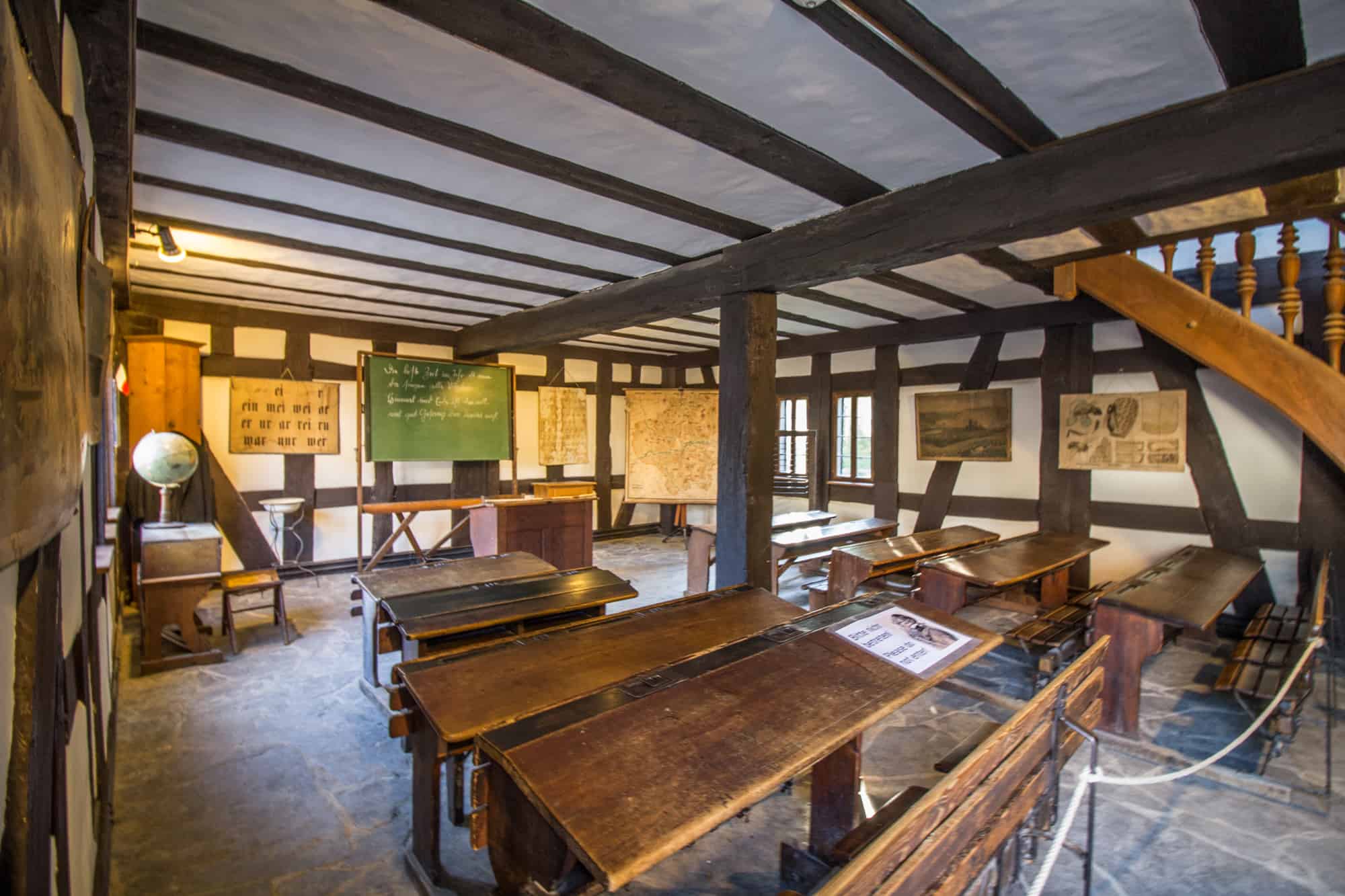 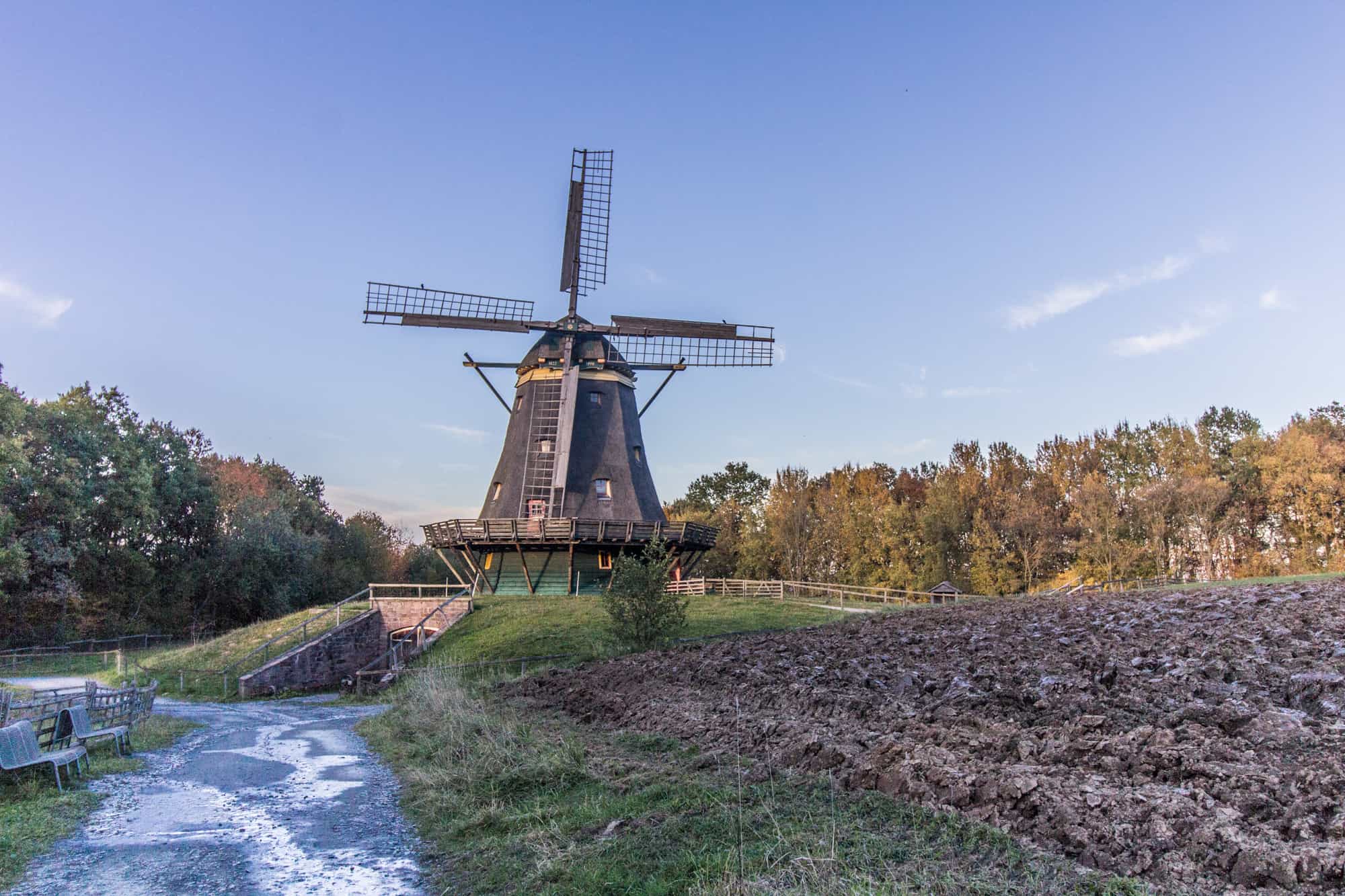 The colorful trees and leaves make a wonderful atmosphere that you should definitely experience if you have the chance.

Bad Homburg is bordering Frankfurt in the north of the city. It is famous for its medically used thermal waters and spas. 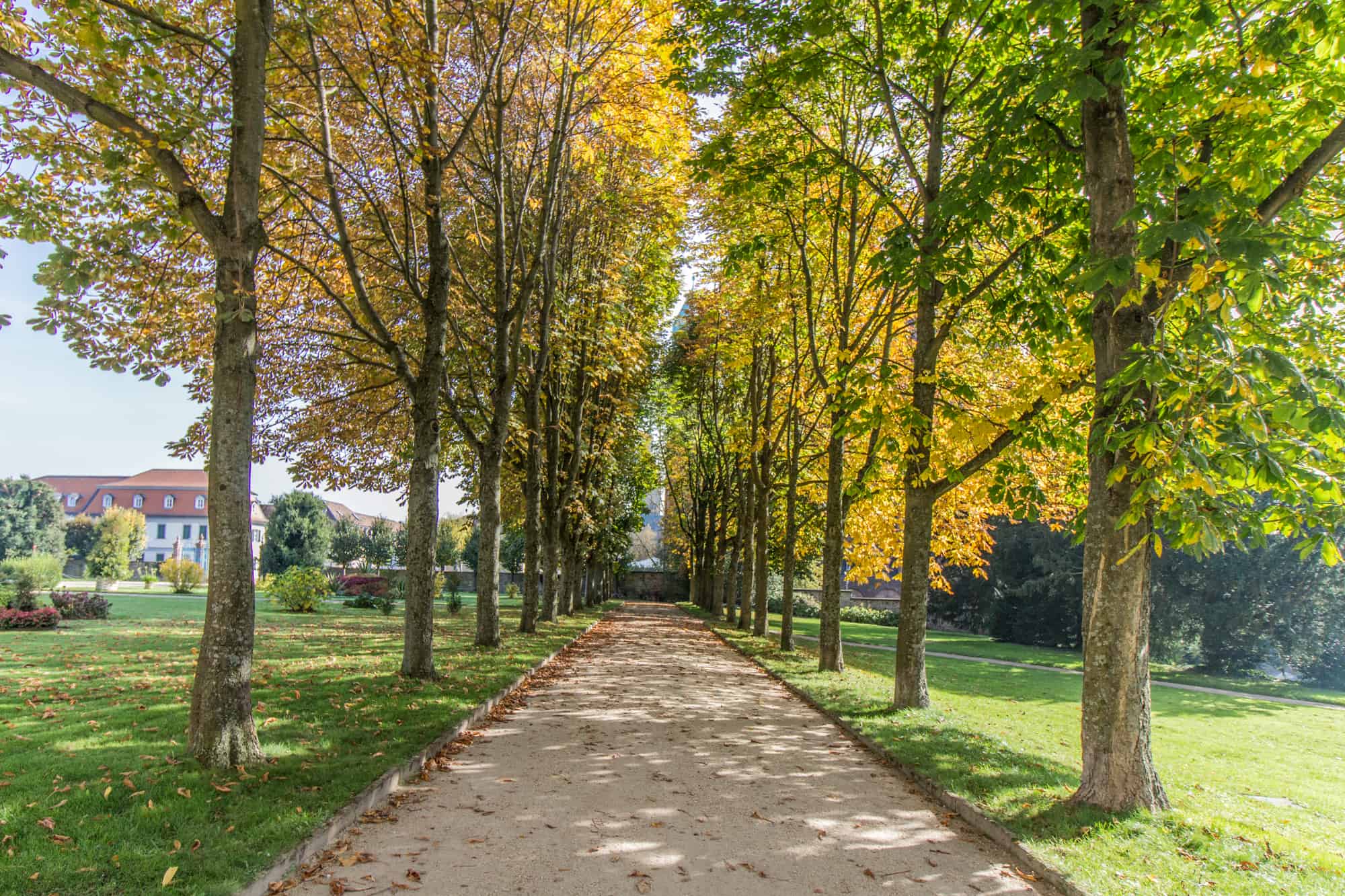 What I liked most was that there are huge parks in the heart of the city and a picturesque old town. 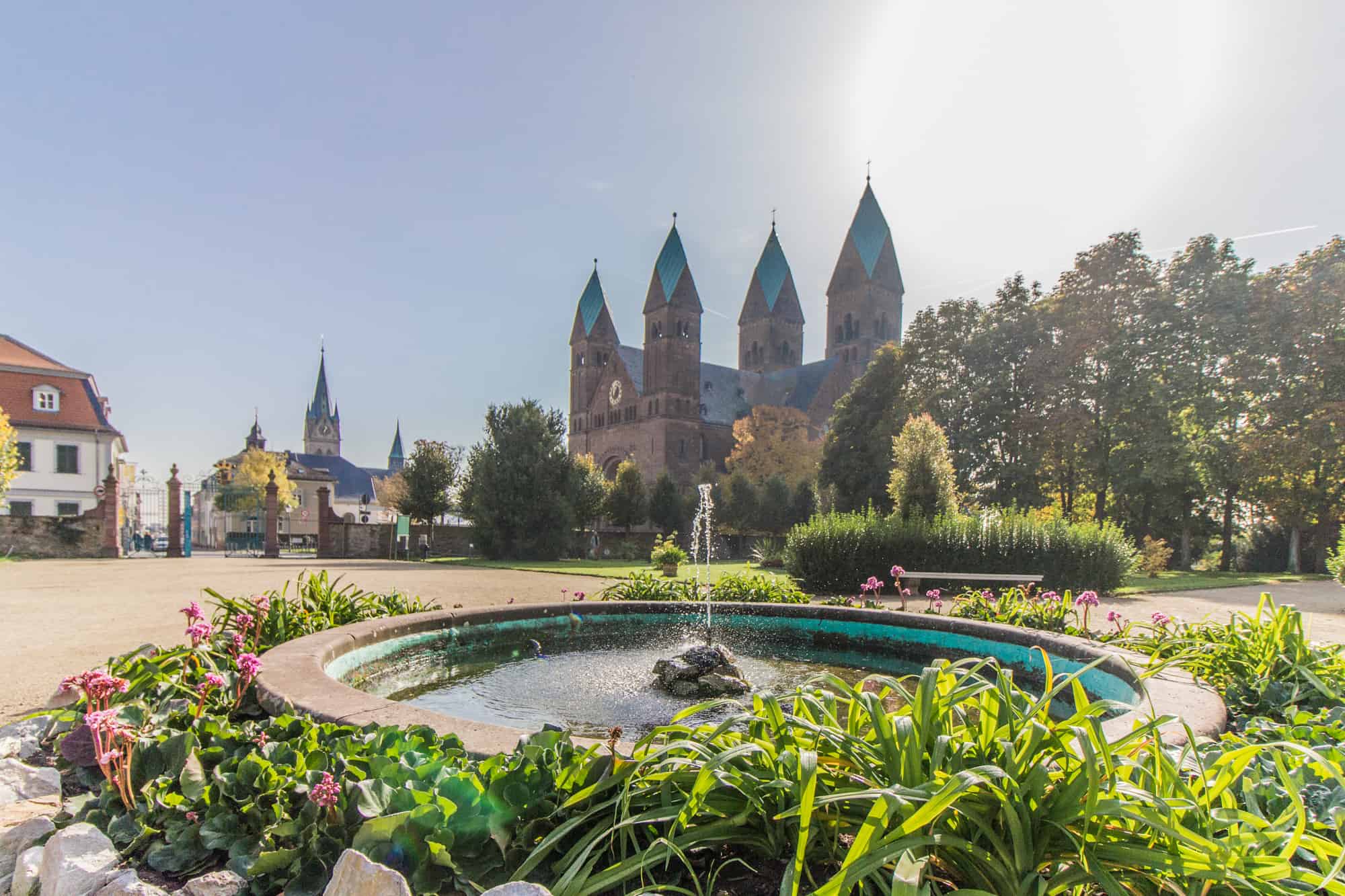 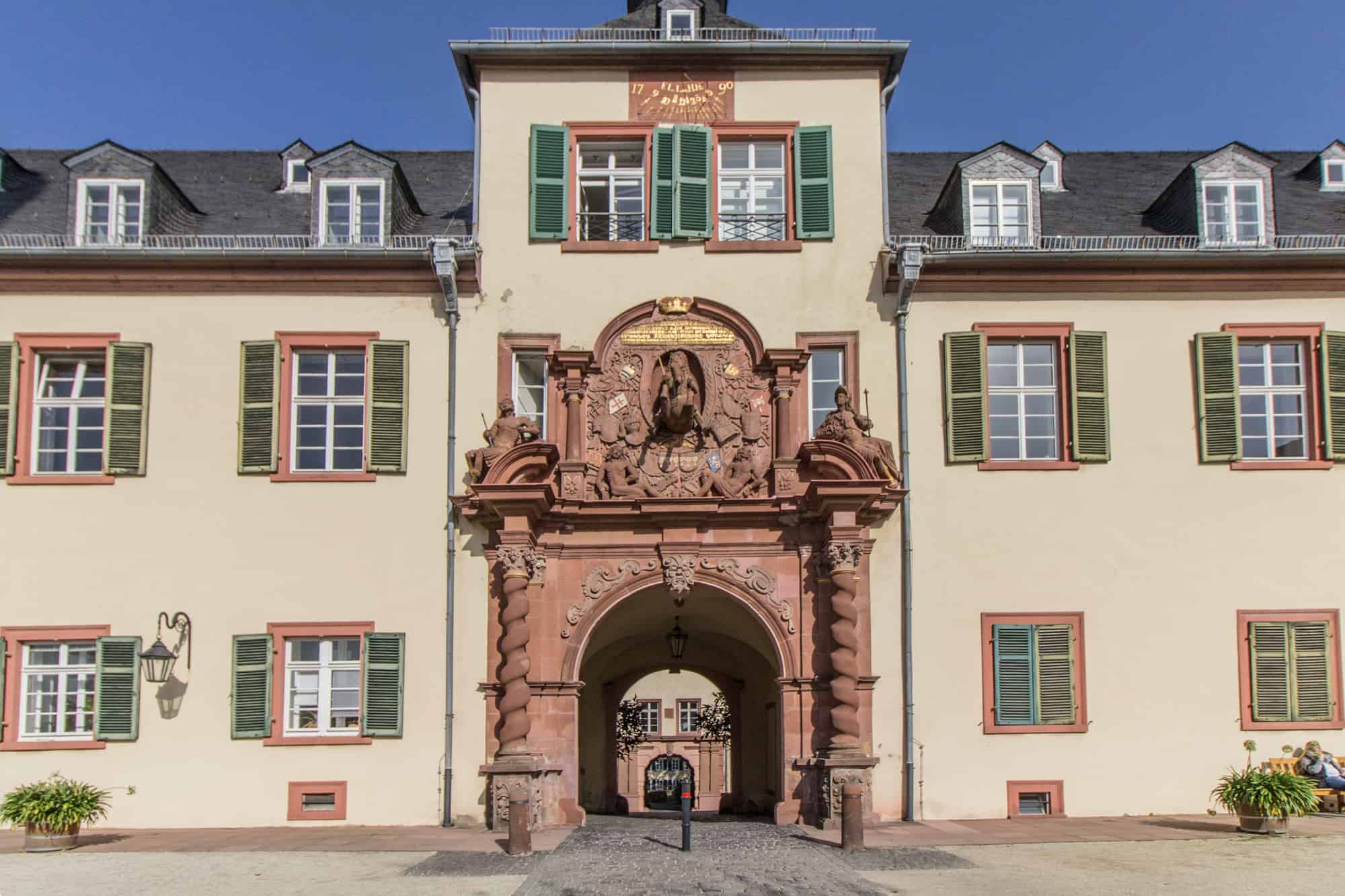 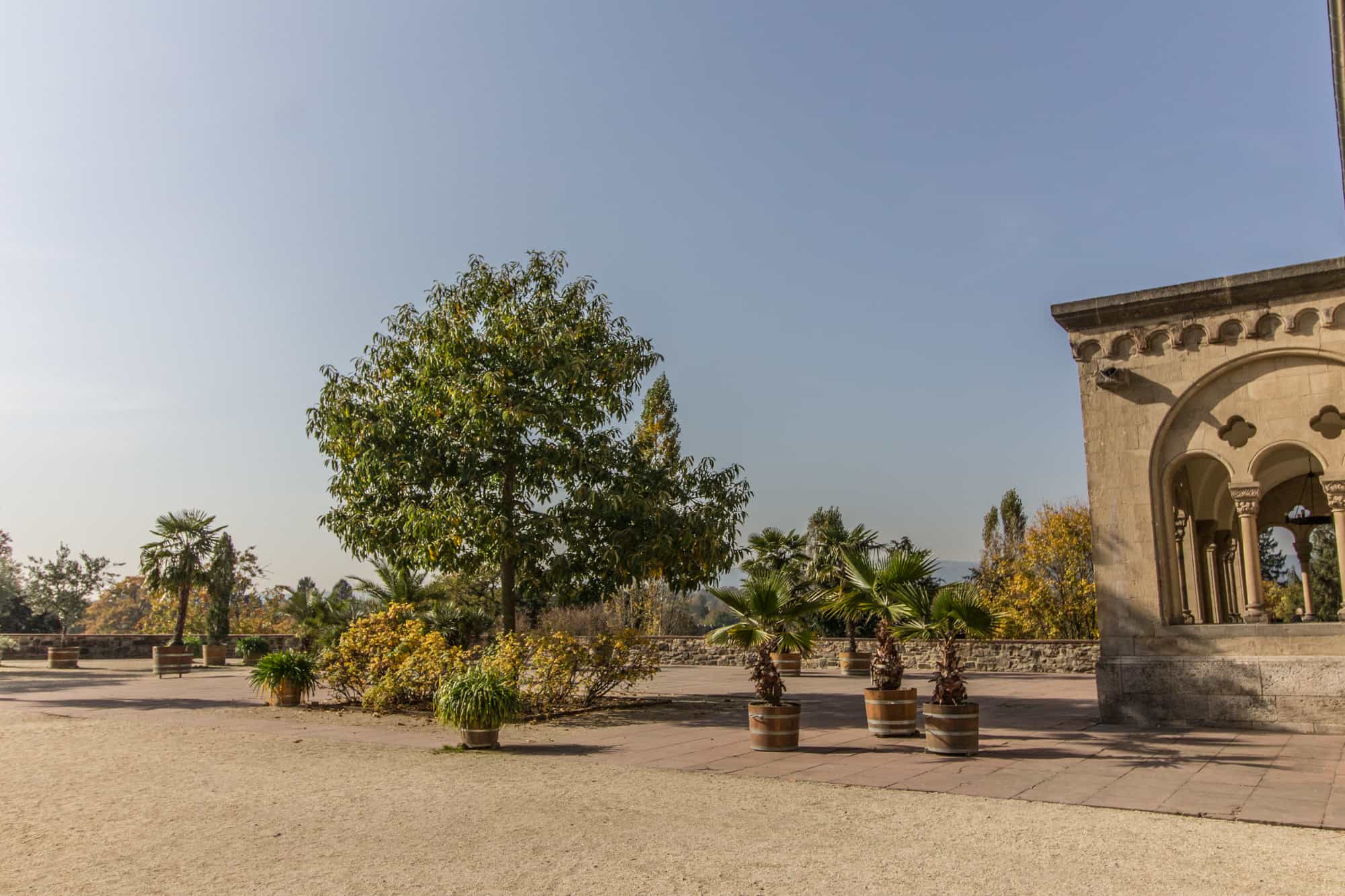 The castle was built at the end of the 17th century after the original structure was demolished. Today, only the White Tower (a freestanding keep) that was seen as a sign of power, which is easily visible even from afar, is left and became the landmark of Bad Homburg. You can (and should) go up to the tower. Since it is not open, you have to pick up the key at the information desk. The view from the top is just wonderful – in all directions, you can even see the skyline of Frankfurt! 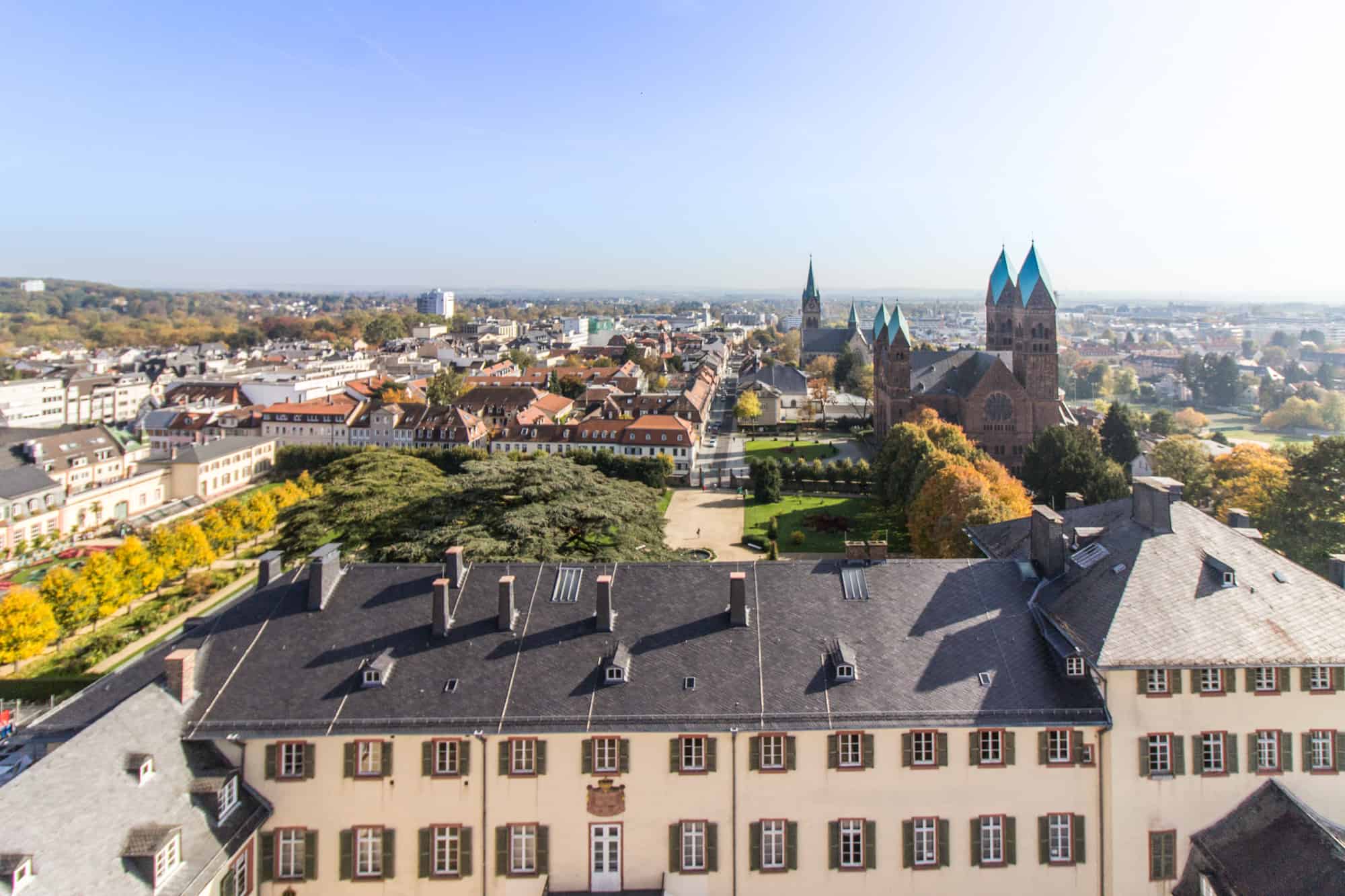 Don’t forget to have a stroll through the gardens of the castle. From there, you can see the impressive White Tower. 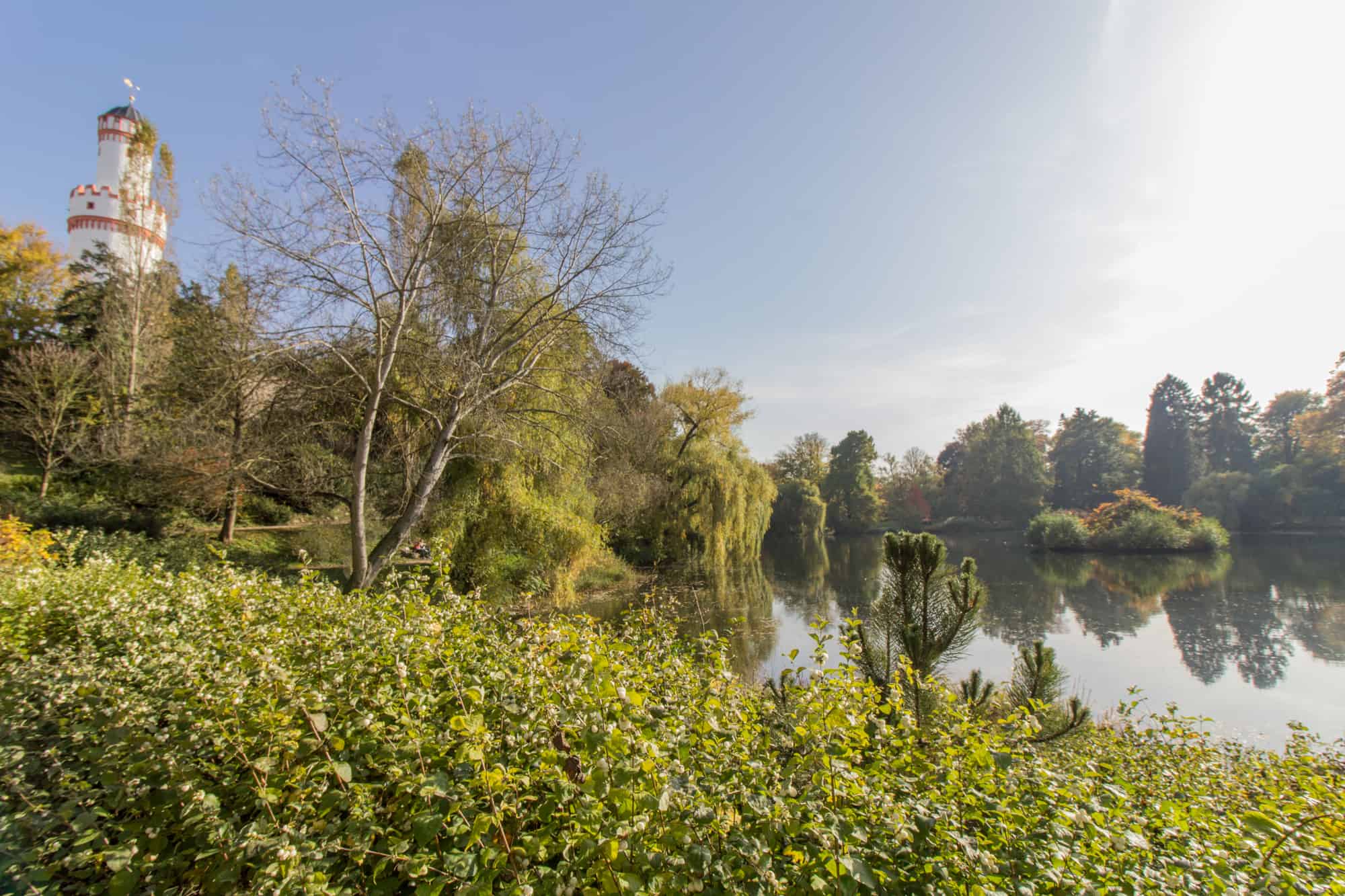 If your feet are not hurting yet you should head to the Kurpark after that! The park is huge and if you like to gamble you will find the casino there. 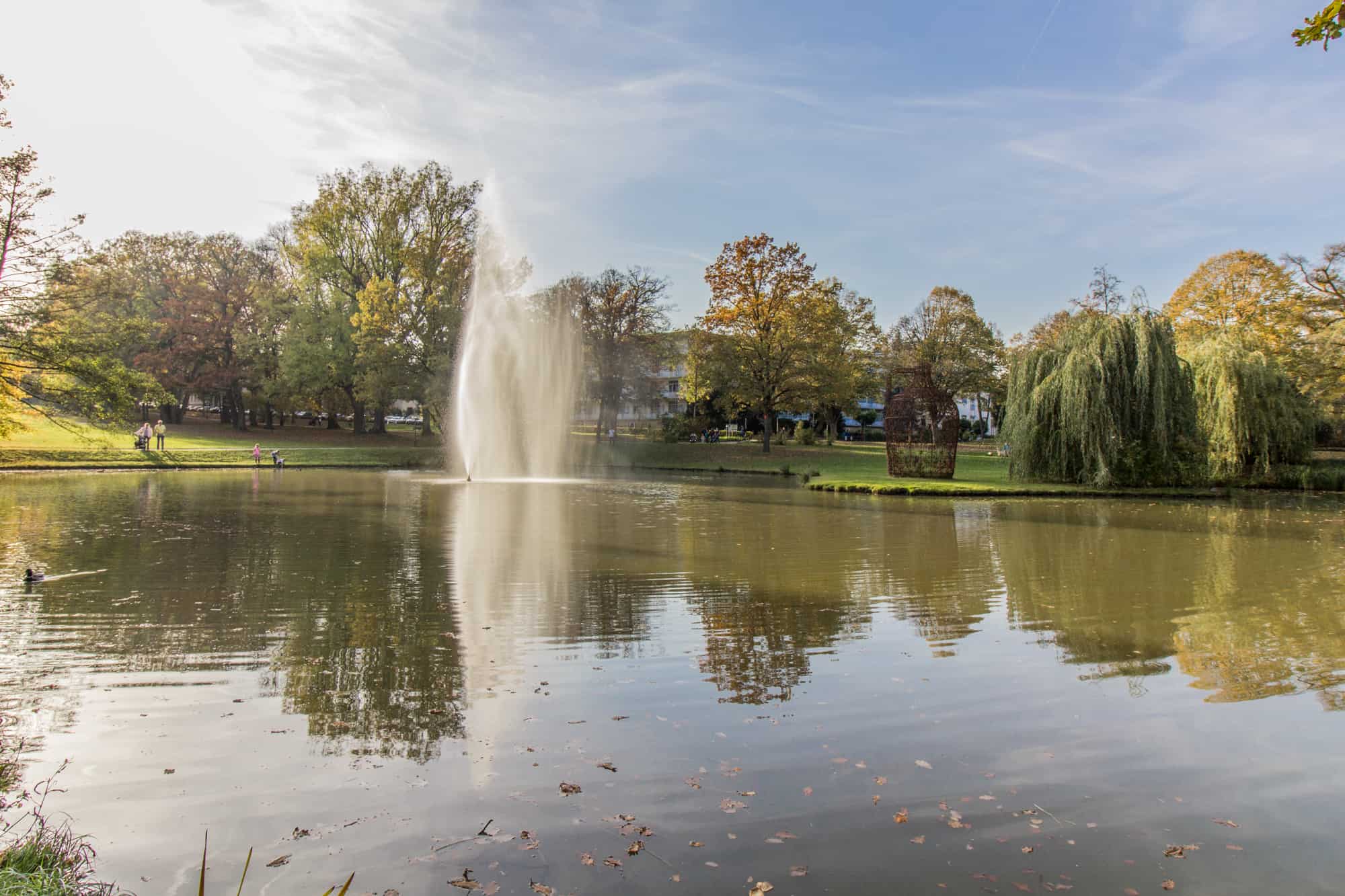 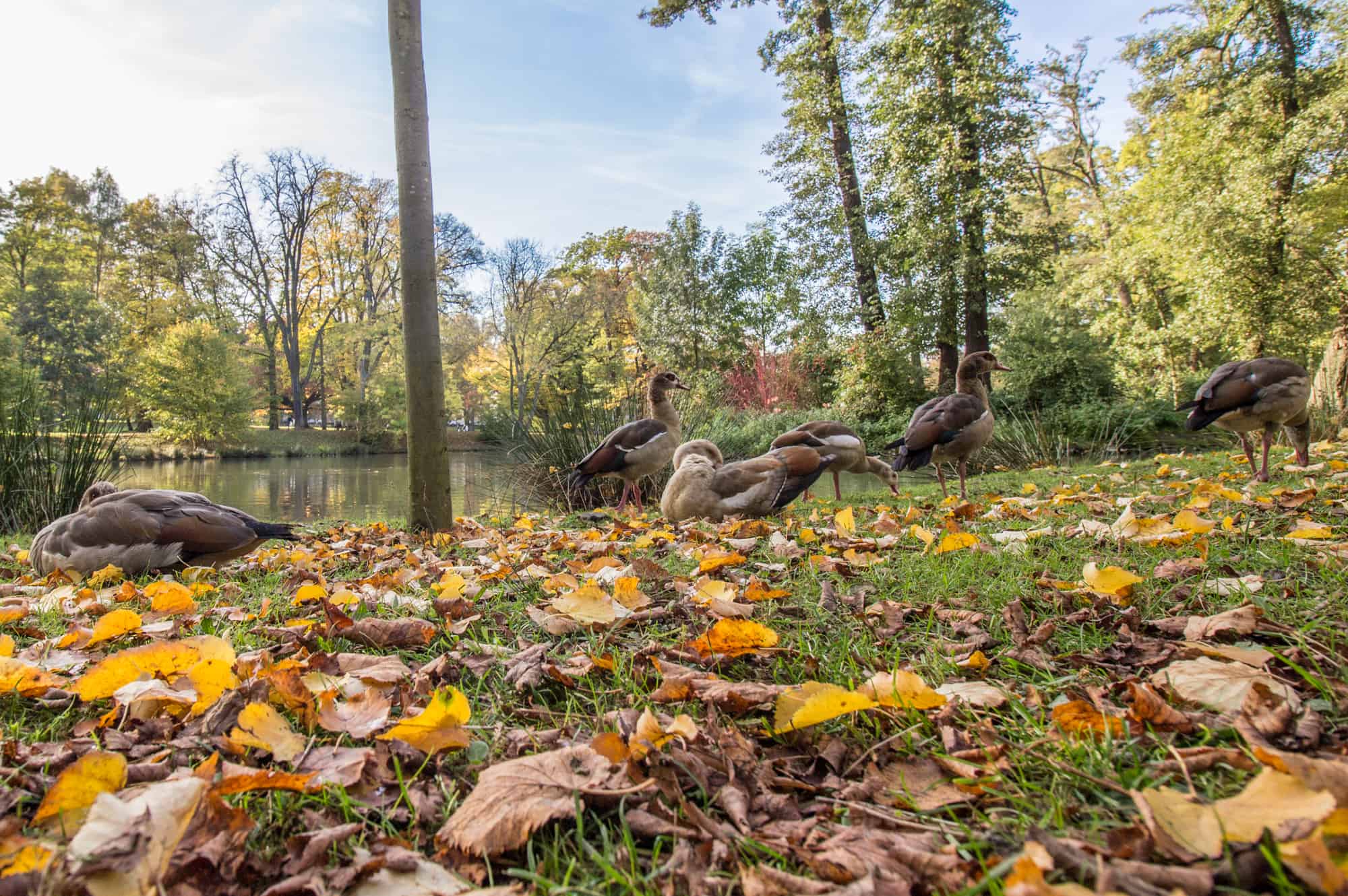 Like Hessenpark, Saalburg might be interesting for you, if you like history. It is a reconstructed Roman fort, through which you can immerse yourself in the life of a Roman soldier. The Saalburg is actually part of the Roman Limes – a wall to secure the borders. 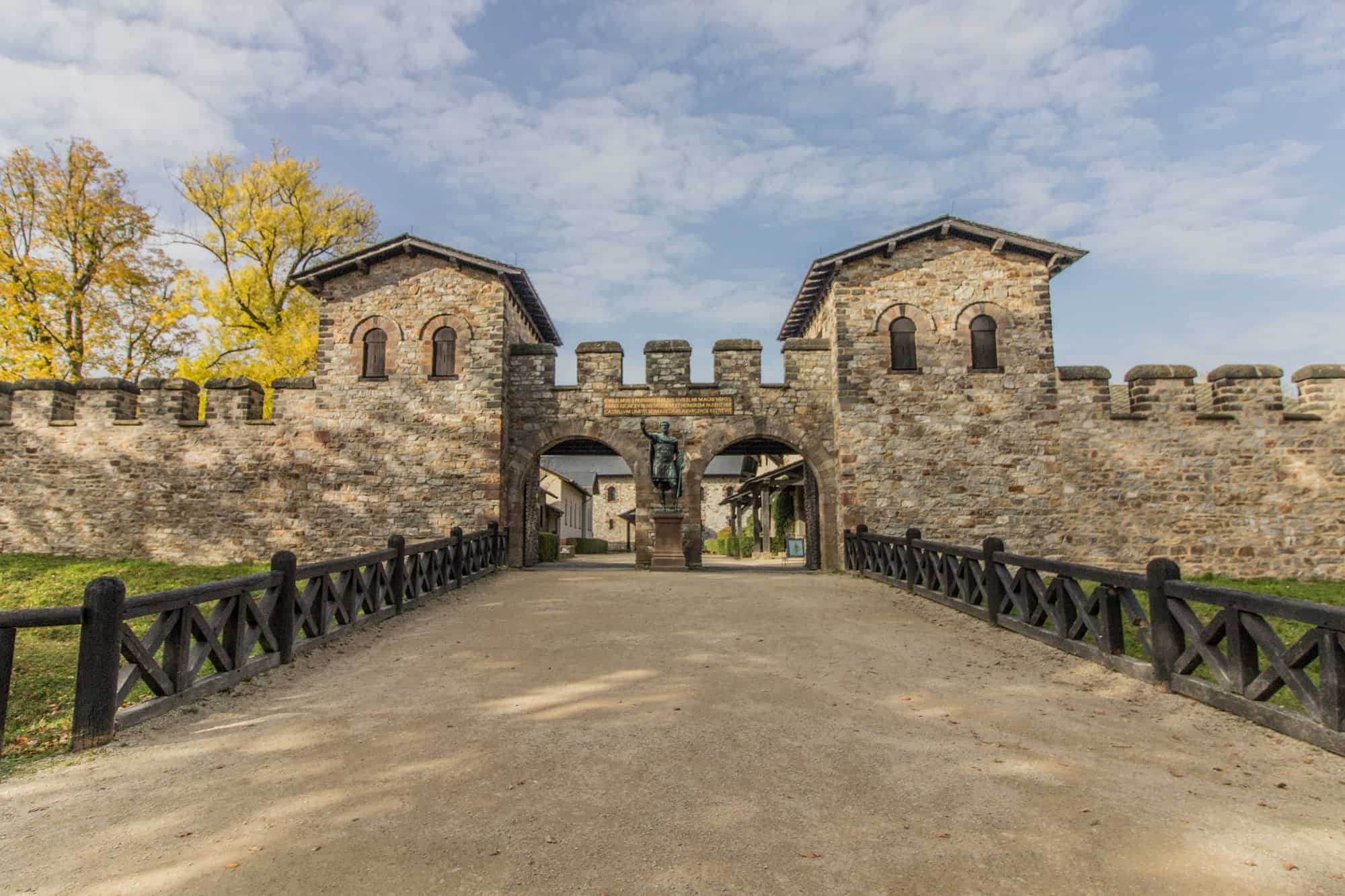 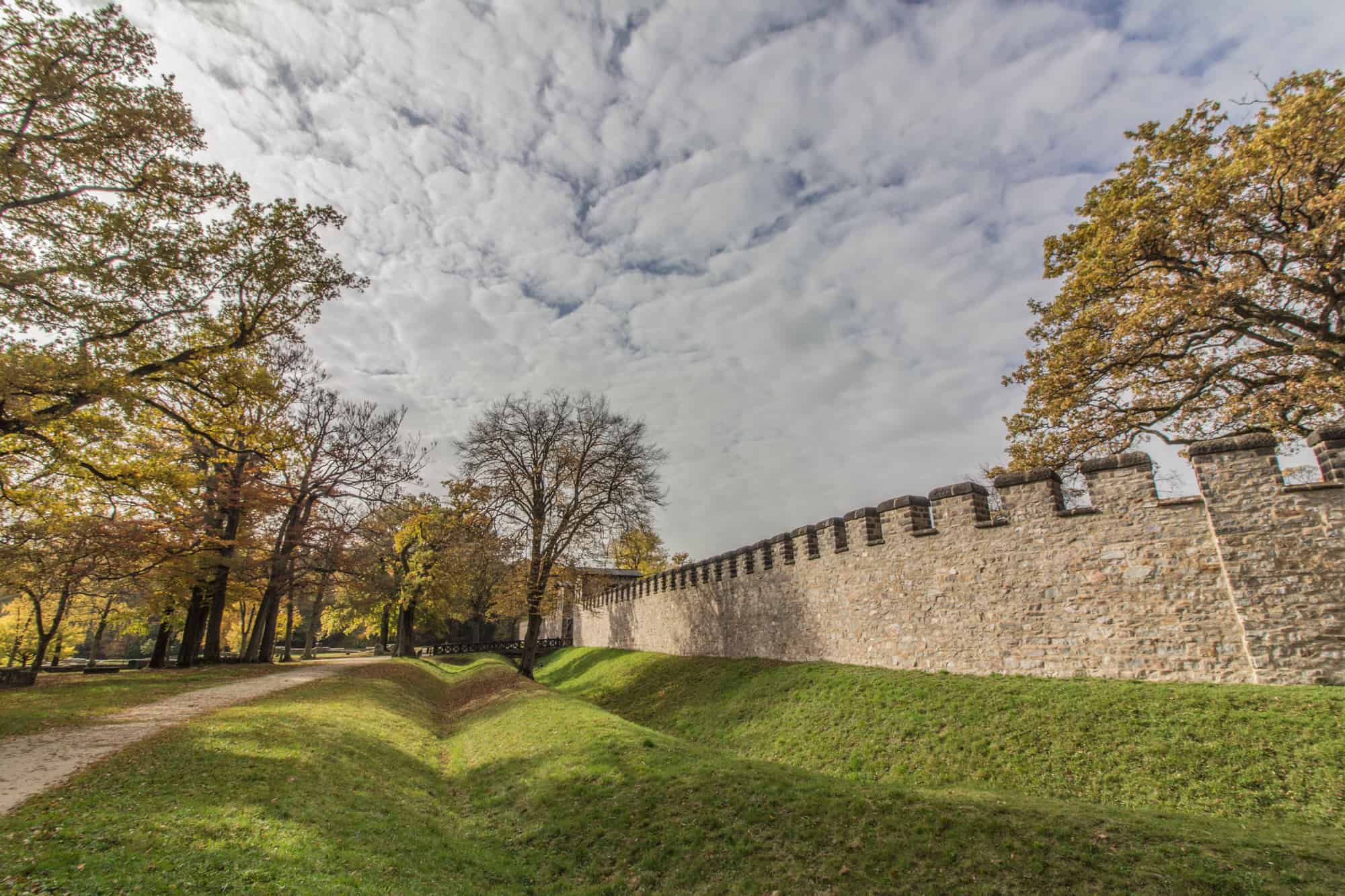 Until 1818, the former ruin was used as a quarry until somebody found out that the castle is from Roman times. It took them almost 70 years to start the reconstruction works. Together with the Saalburg Museum, which was also completed by 1907, Saalburg is the most important institution for Limes research.

It is estimated that the fort and the associated vicus – the settlement, so to speak – were home to up to 2,000 people, 500 of whom belonged to the military and 1,500 were civilians. 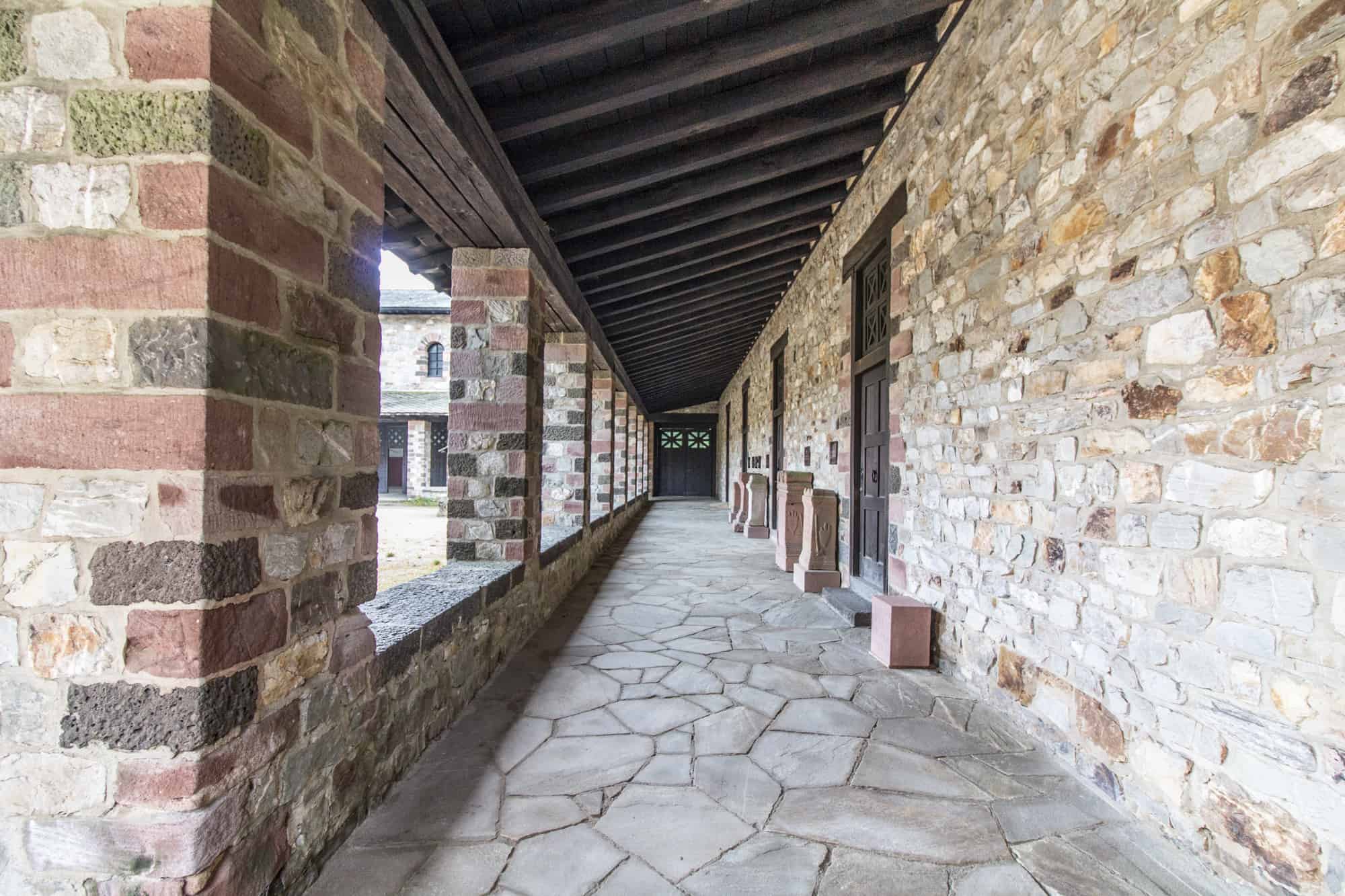 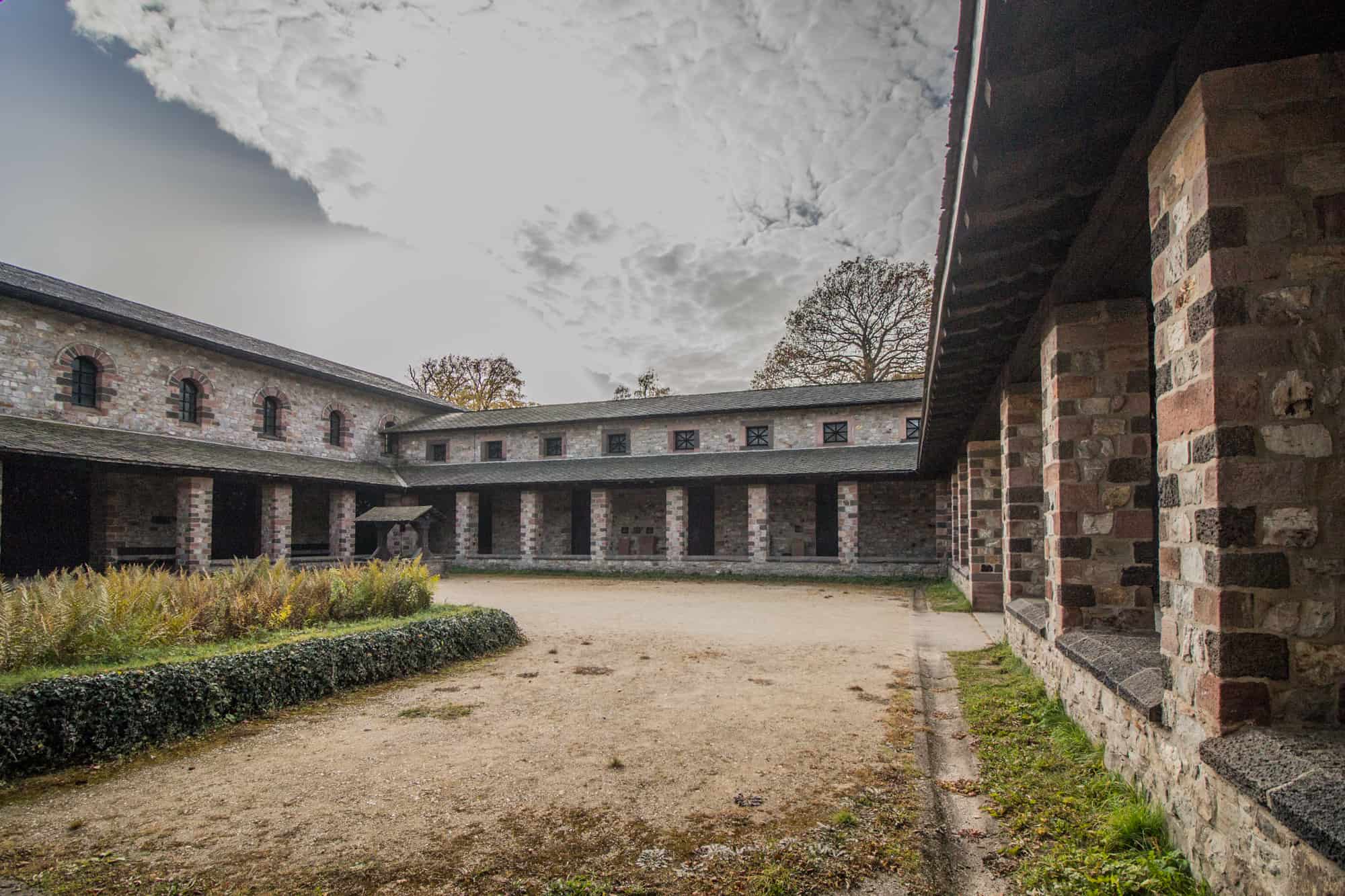 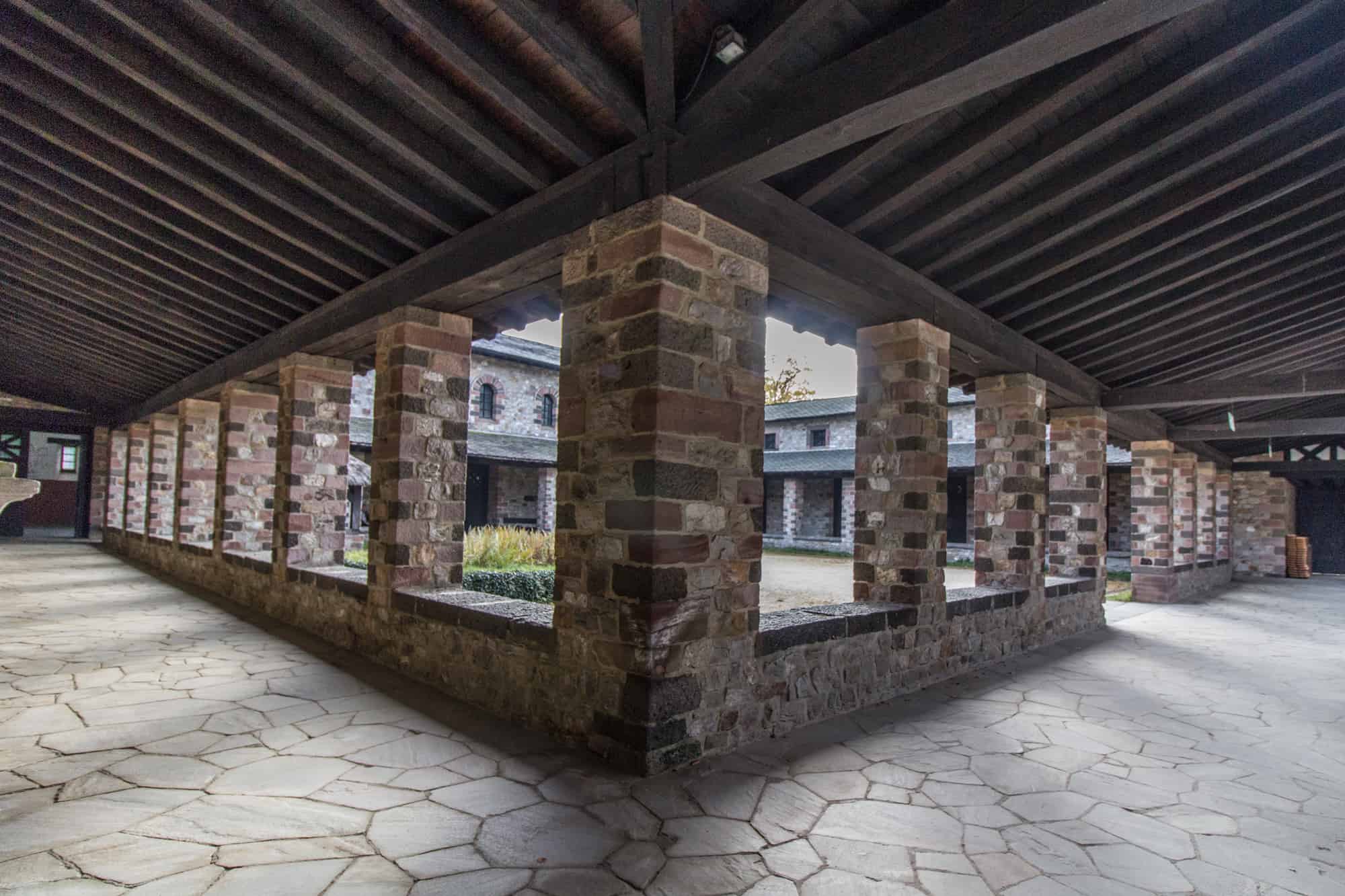 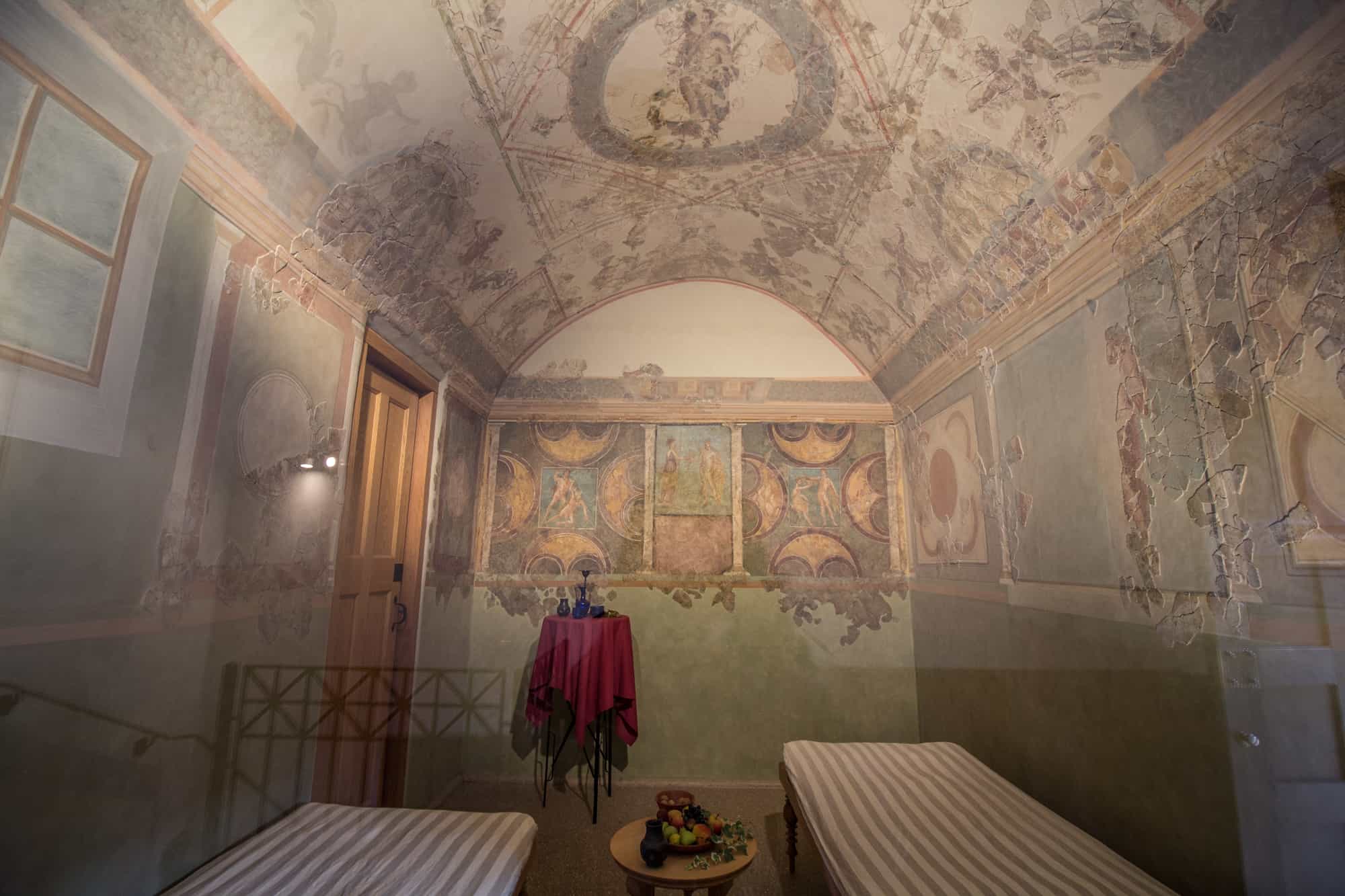 The Grosser Feldberg, which locals call only Feldberg (German for “Field Mountain”), is the highest peak of the Taunus with around 880 meters – and has always made me feel home. For some years of my childhood and youth, I lived there.

Therefore, I had already been planning for a while to get to know this area better! I went on the Feldberg to explore the trails. There are actually a few up there! From short loops of only two kilometers to day hikes of 16 kilometers you can do everything here!

Although in autumn it’s cold up there, it’s super nice! It almost looks like you’ve been beamed into a fairytale! 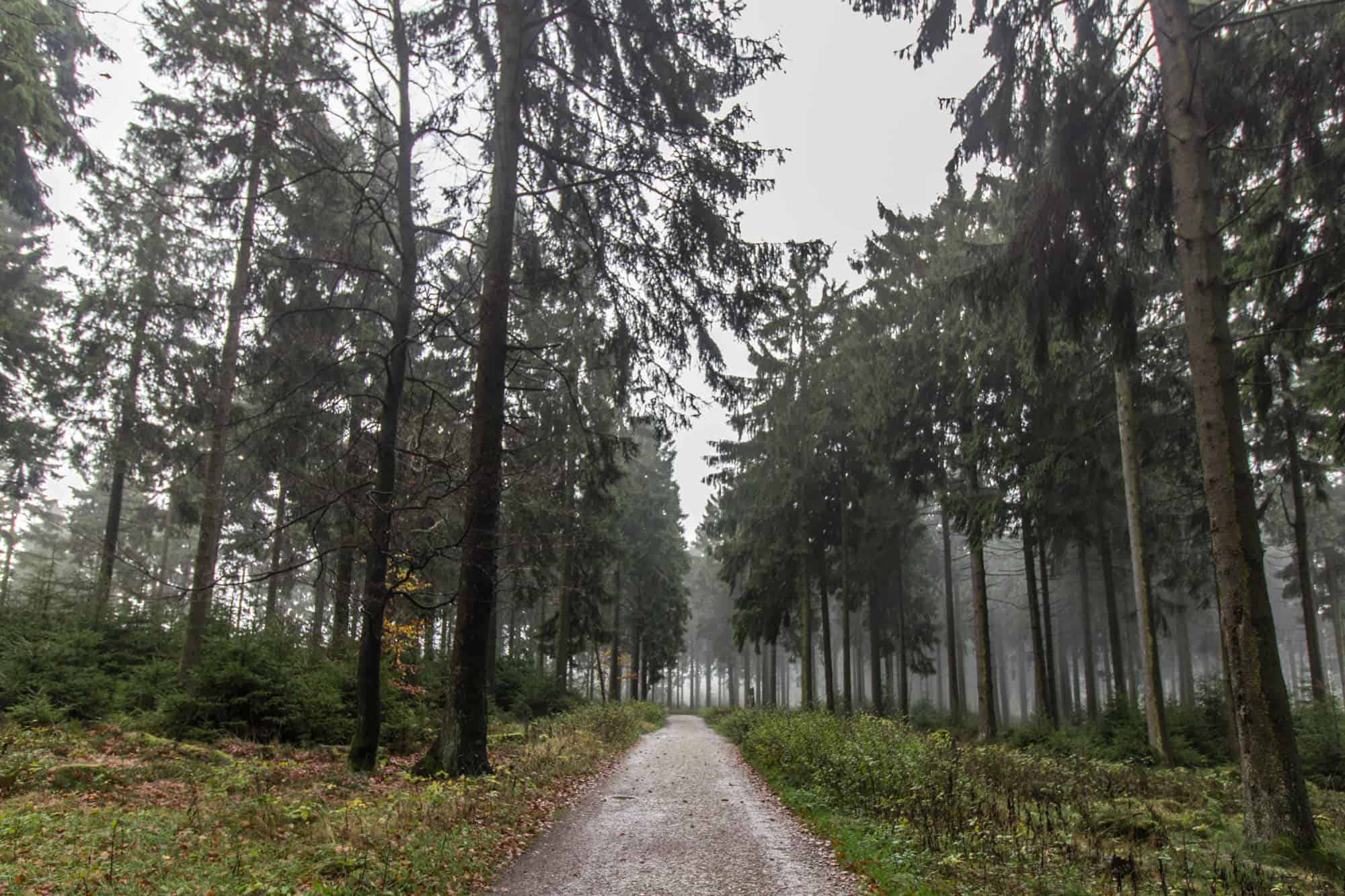 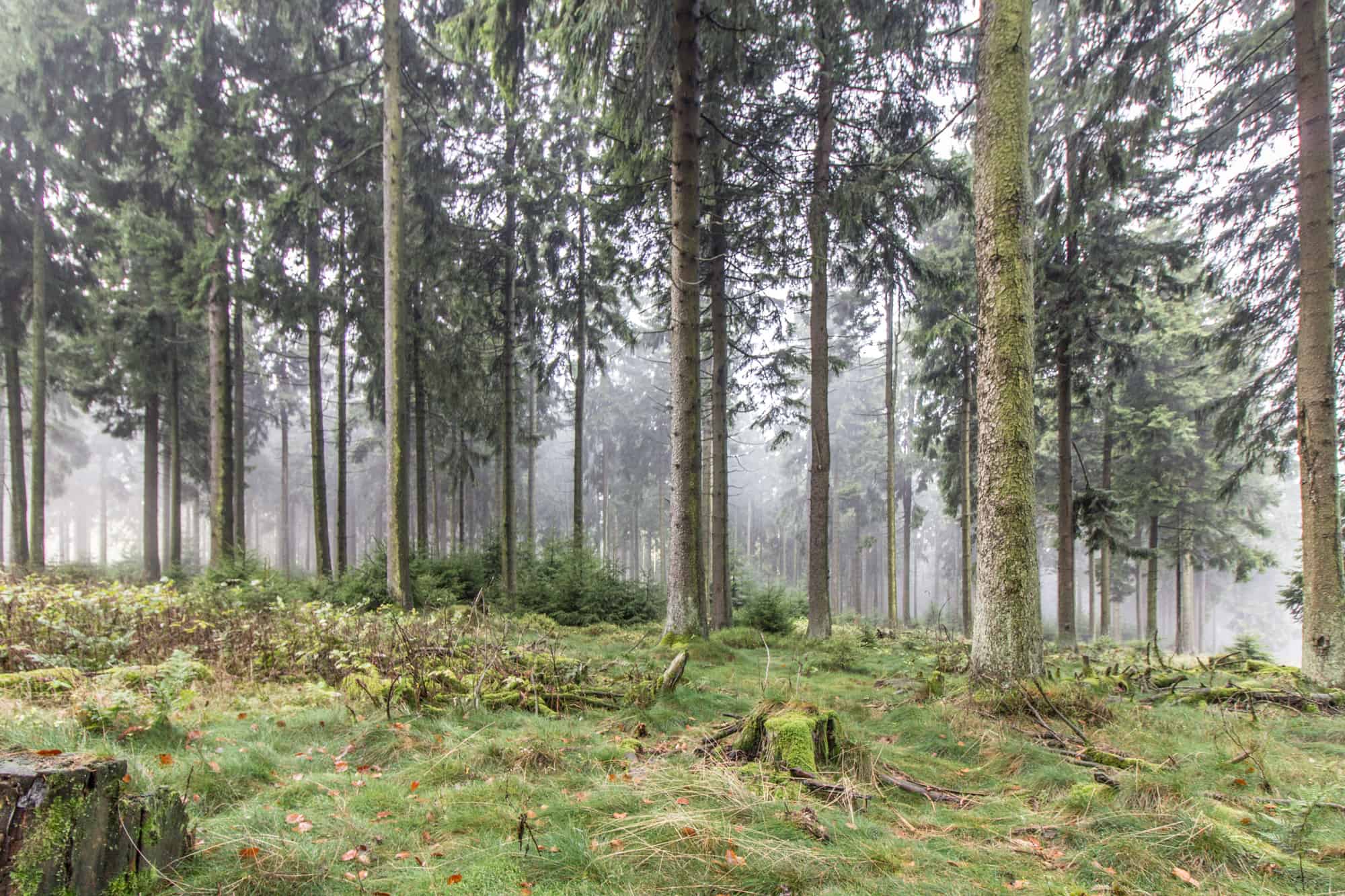 Then, suddenly the fog disappeared, it cleared up, the sun came through the clouds and it was fantastic. 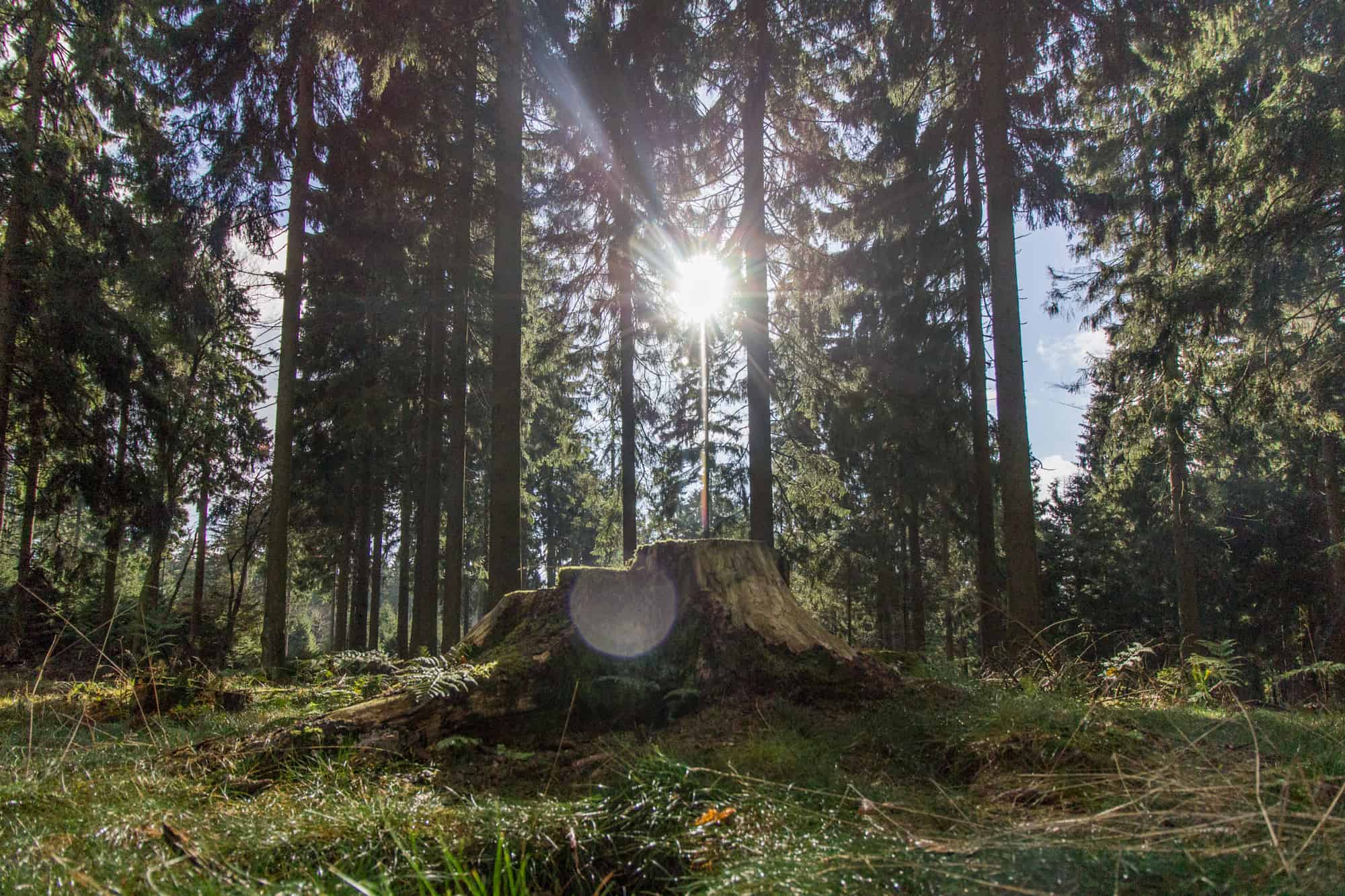 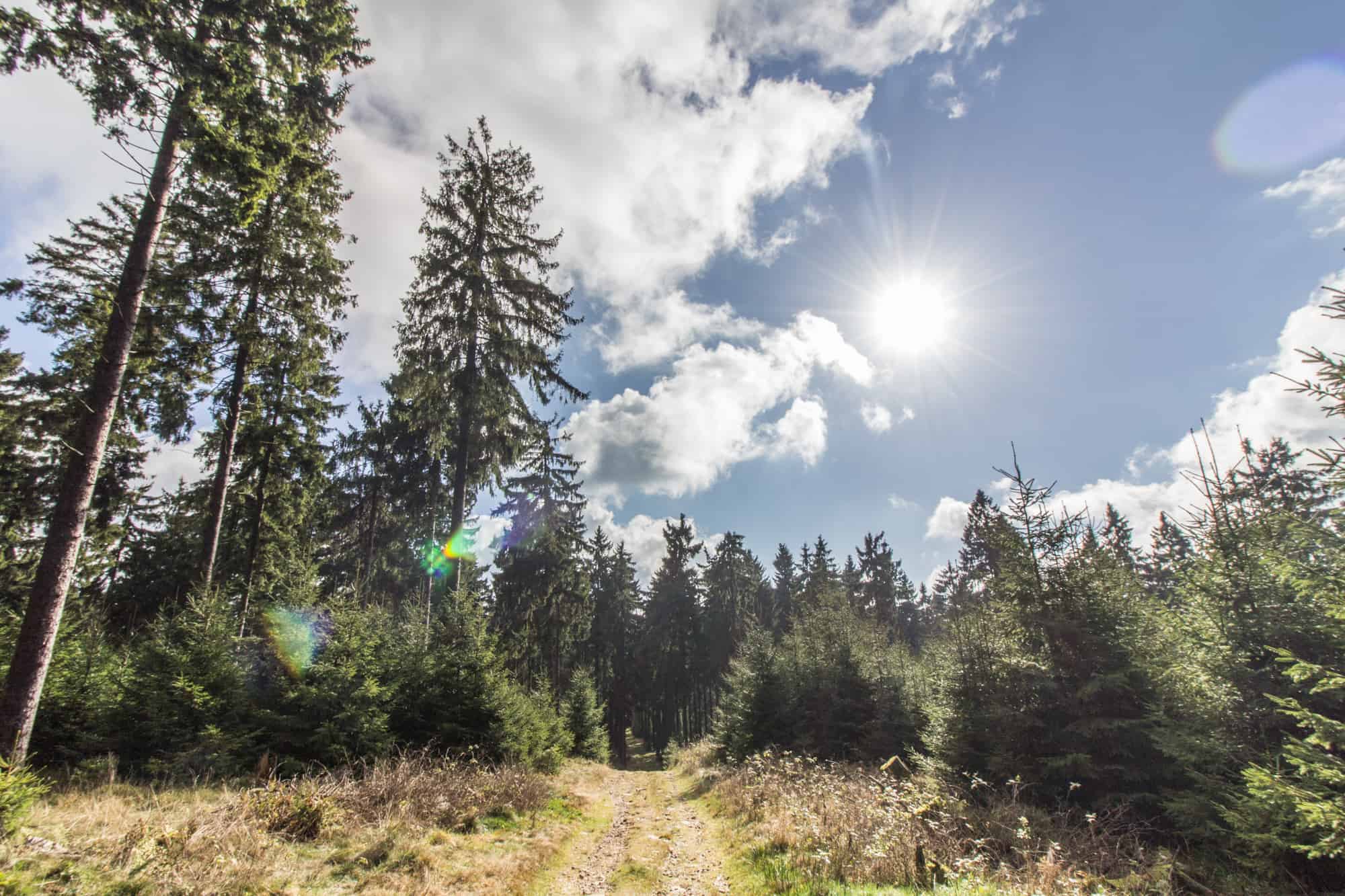 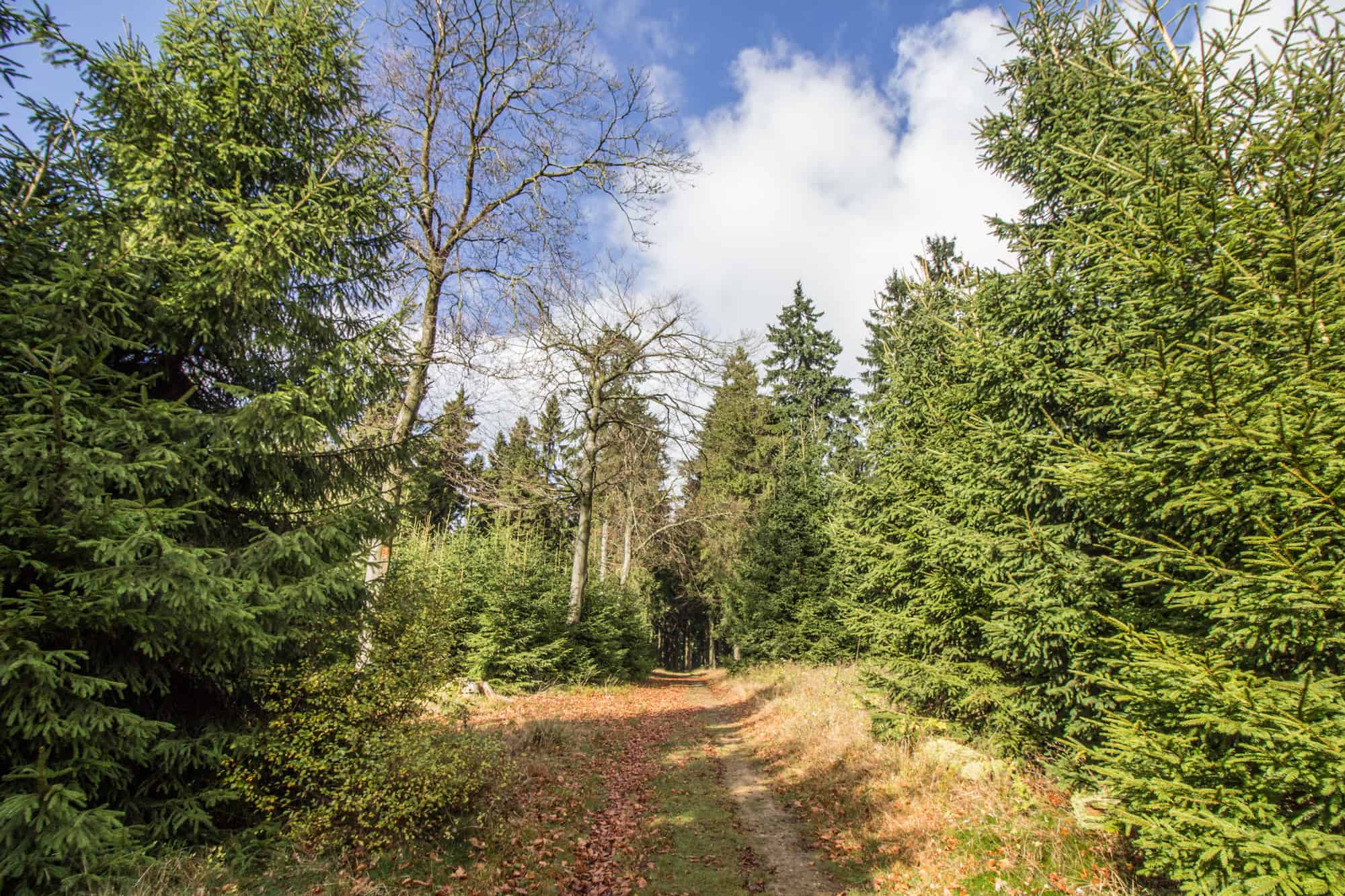 And when you get to the top, you can even get out your kite! The Feldberg is a popular destination for that because it can get quite windy at this altitude. When I was little, I came here with my father and brother to lift a kite in the air that had an eagle painted on it. And the view is also breathtaking! 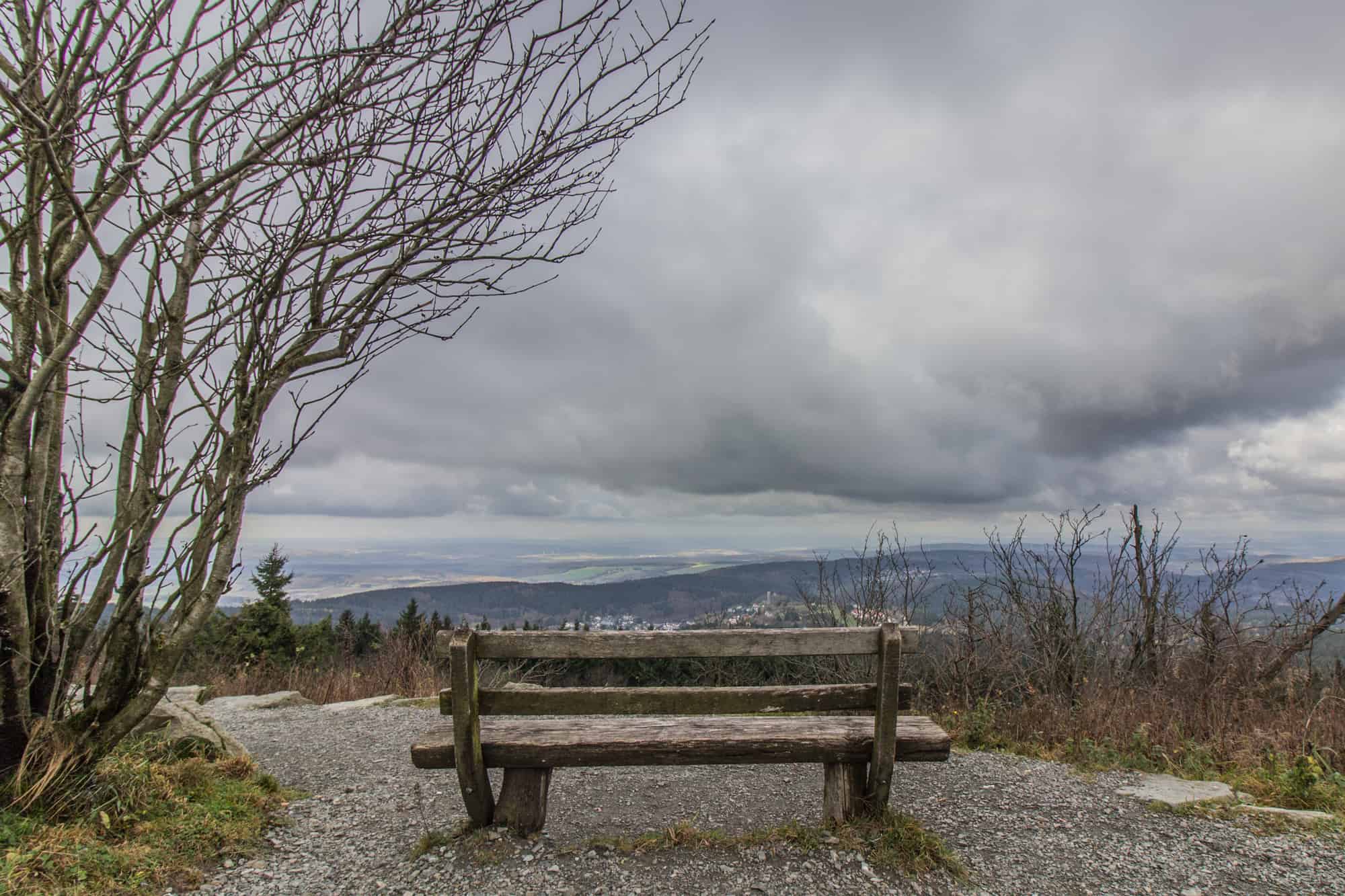 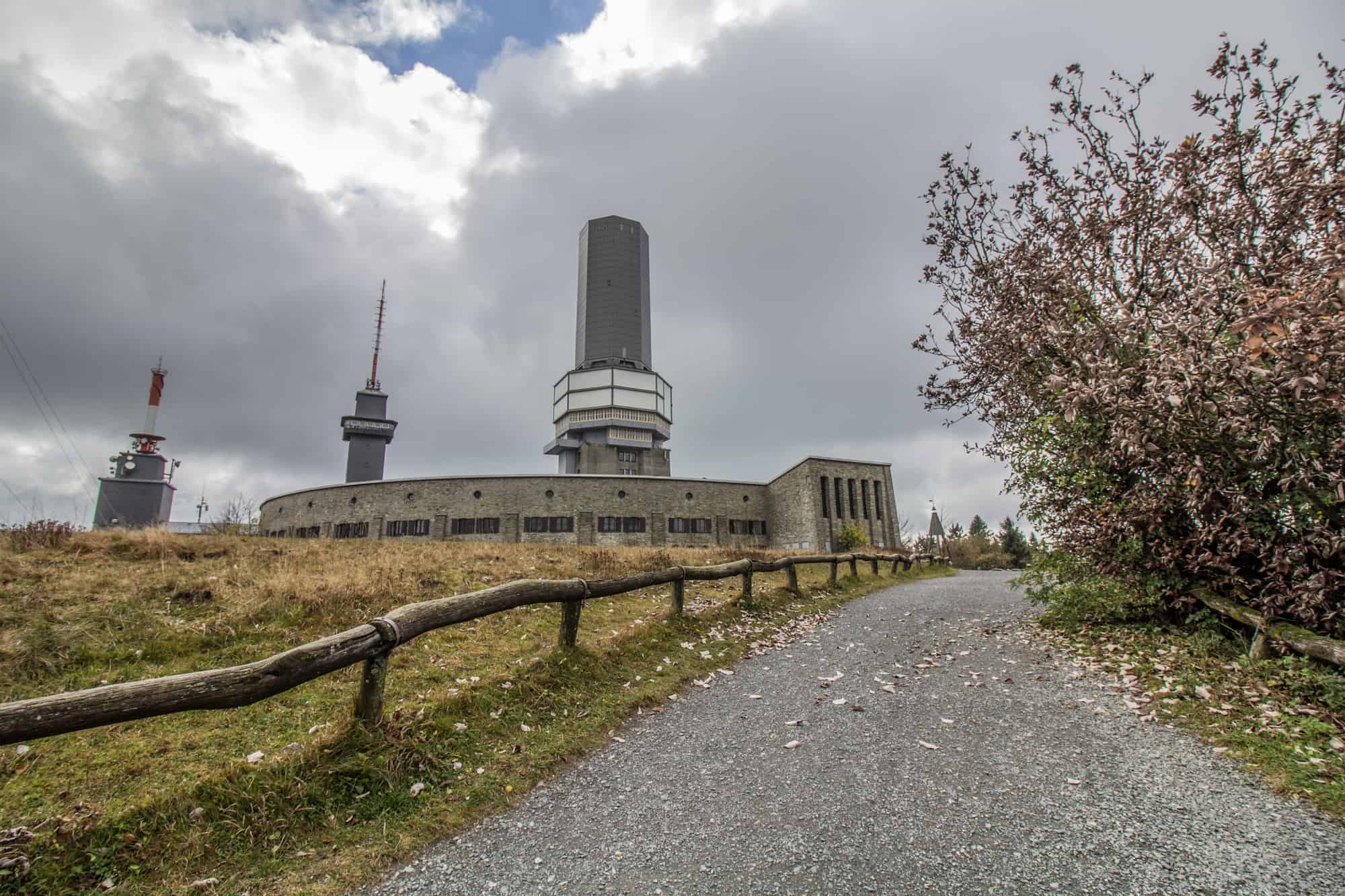 Which of these autumn destinations in the Rhine-Main area would be the most appealing to you? Tell me about it in the comments! 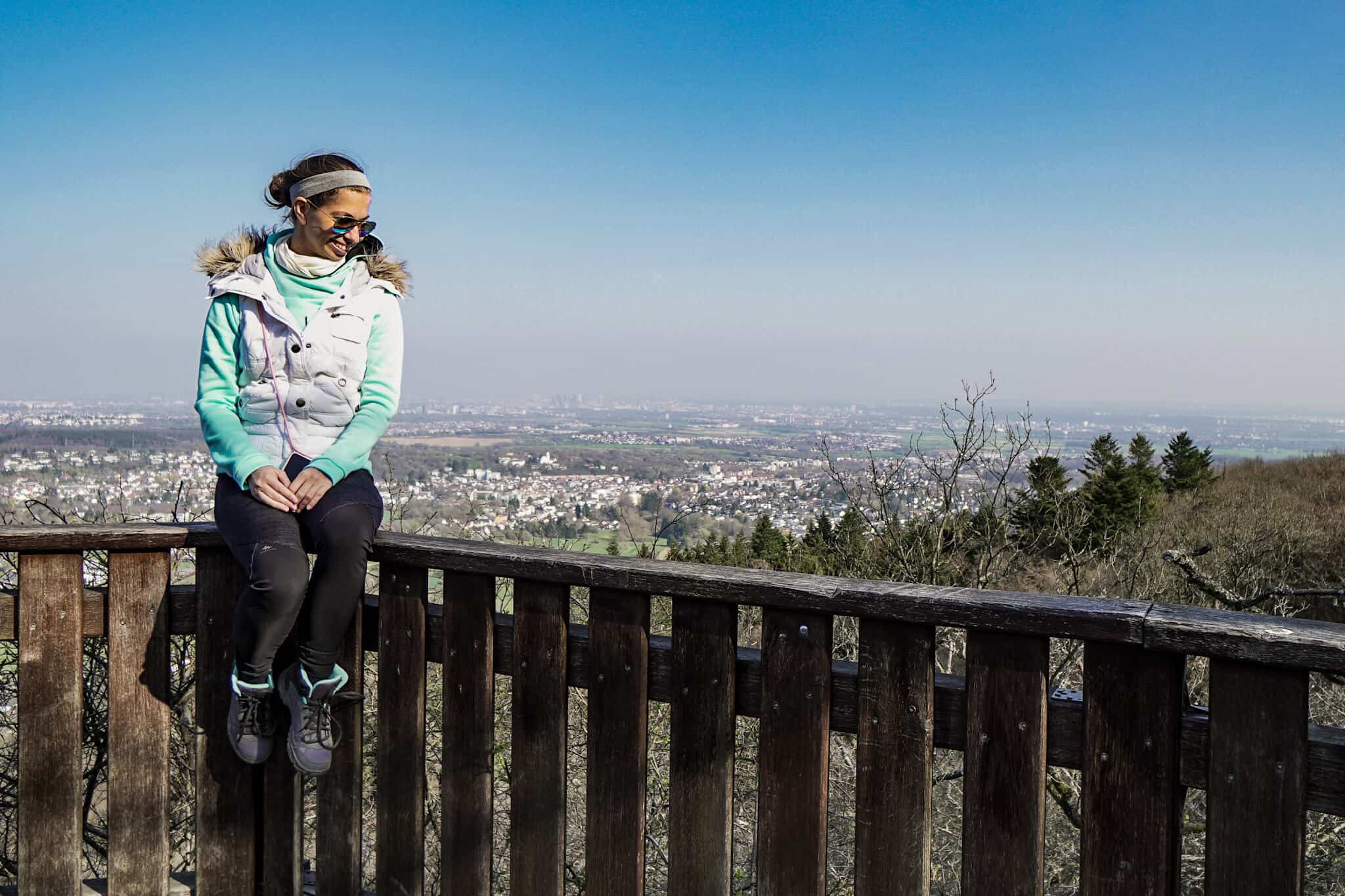 THE STAUFEN IN THE TAUNUS